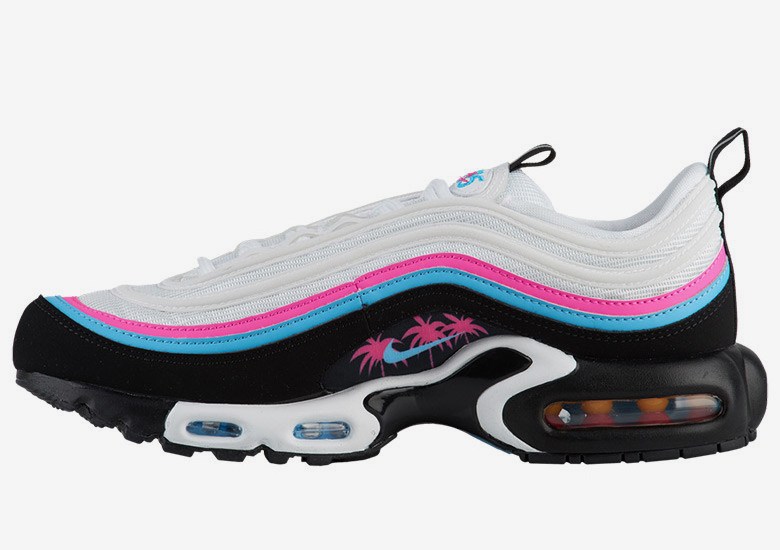 The NBA’s City Edition jerseys at their core are a marketing ploy to sell more product to consumers. Like it or not, it works, as the jerseys resonate with the collective population of a respective city, usually pinpointing a source of pride within the community. For the Brooklyn Nets, their jersey comes inspired for Biggie Smalls. For the 76ers, their uniform draws ties to the cities revolutionary history. For the second straight season, Nike has designed the best city edition digs for the Miami Heat, by way of a Miami Vice aesthetic centered around a Fuchsia and Teal color scheme. To match these efforts, the Swoosh has drawn up an Air Max Plus 97 done up in the same colors with tropical palm trees adorning the model’s midfoot plate and a 305 – Miami’s area code – hit on its tongue. Designed to mimic the franchise’s away version of their Miami Vice unis, interested parties are able to scoop pairs from Footaction right now for $170 USD. 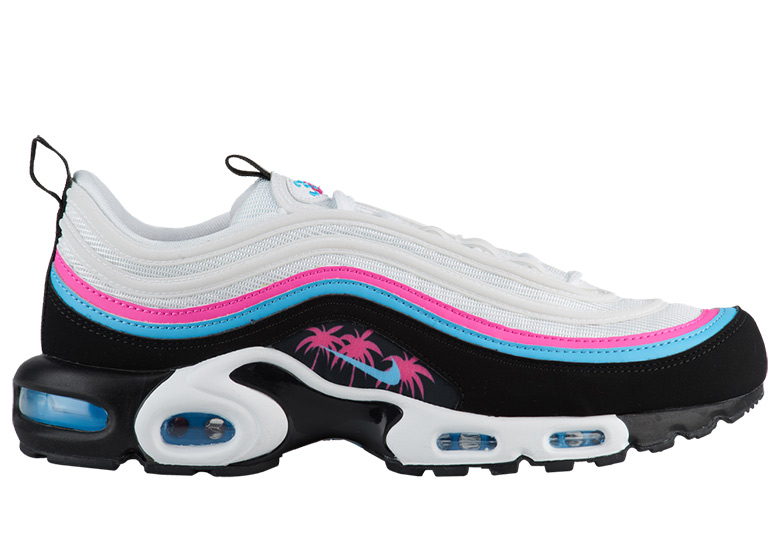 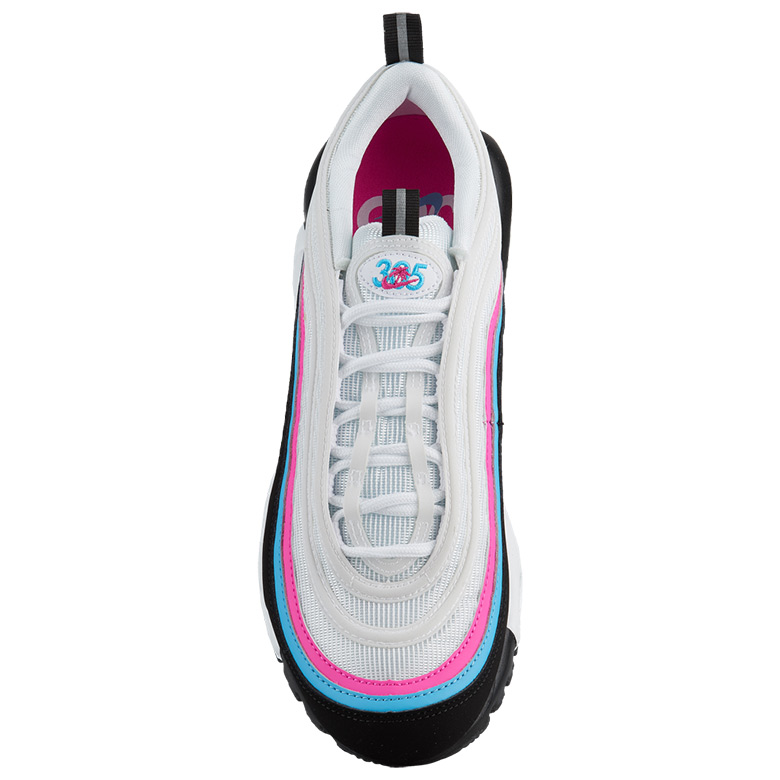 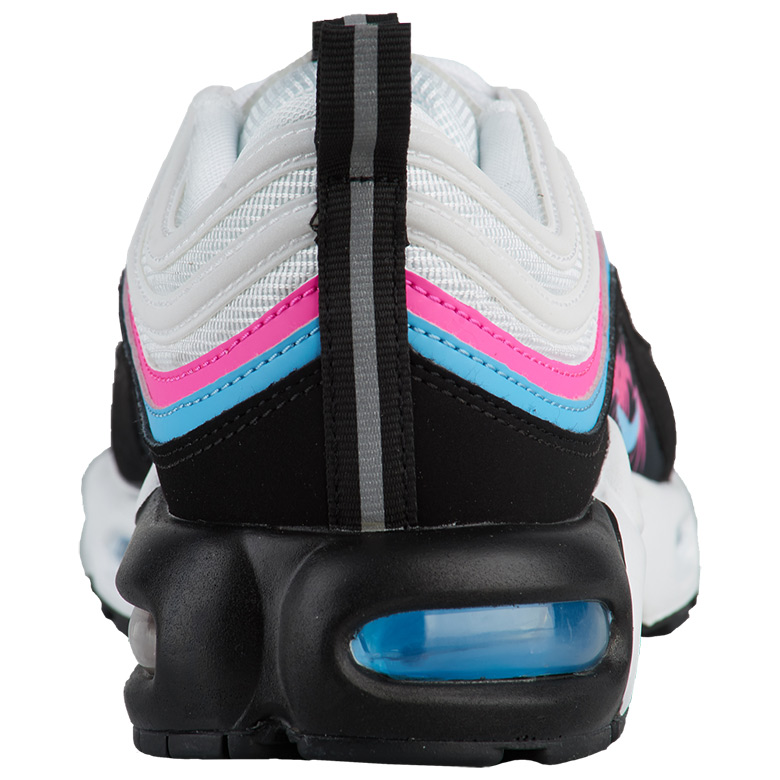 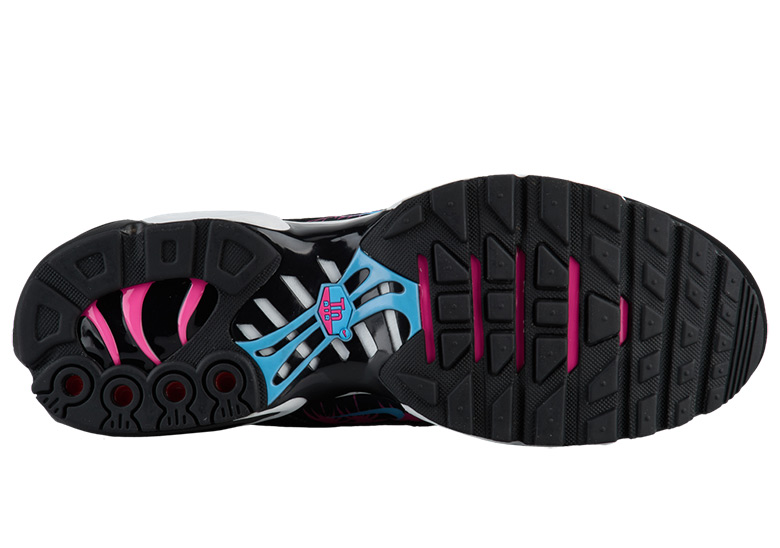