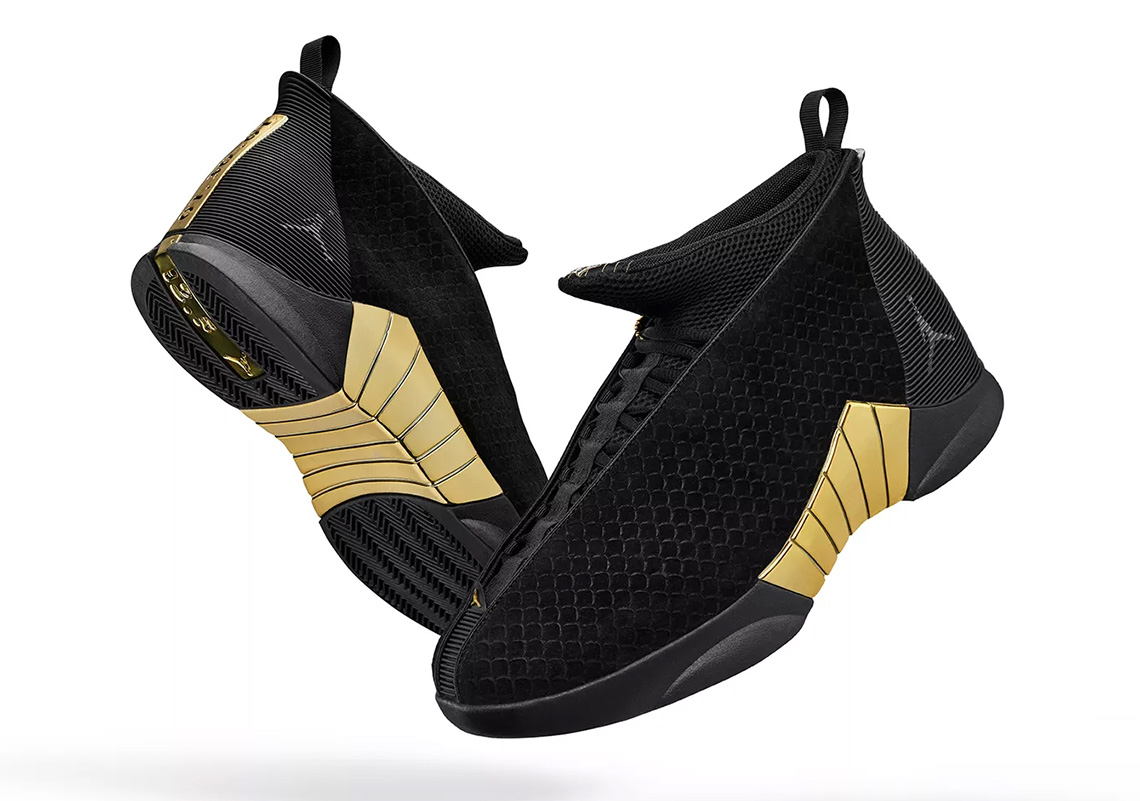 Is The Air Jordan 15 Doernbecher Inspired By Dragonball Z?

On Saturday, Nike revealed their 2018 Doernbecher Freestyle collection, consisting of six Swoosh Brand and Jordan silhouettes designed by patients of the OHSU Doernbecher Children’s Hospital. One of the creations done by Donovon Dinneen is a black and gold version of the under appreciated Air Jordan 15 that draws inspiration from his favorite anime series. While it has not been officially confirmed, it is likely that this AJ15 borrows its design from the menacing Super Shenron character from Dragon Ball Z, as it equips the same regal color scheme and its upper comes embossed with a dragon scale pattern. Over the last 15 years, children tasked with designing their own sneaker through this incredible program have tended to draw up wild designs with crazy color schemes and graphics, but Dineen’s version of MJ’s 15th signature shoe is one of the cleanest to ever come out of the Doernbecher initiative. Grab an official look at the Air Jordan 15 “Doernbecher” below, expect its arrival on Nike SNKRS on December 14th, and tell us if you think it is Dragon Ball Z inspired in the comments below. 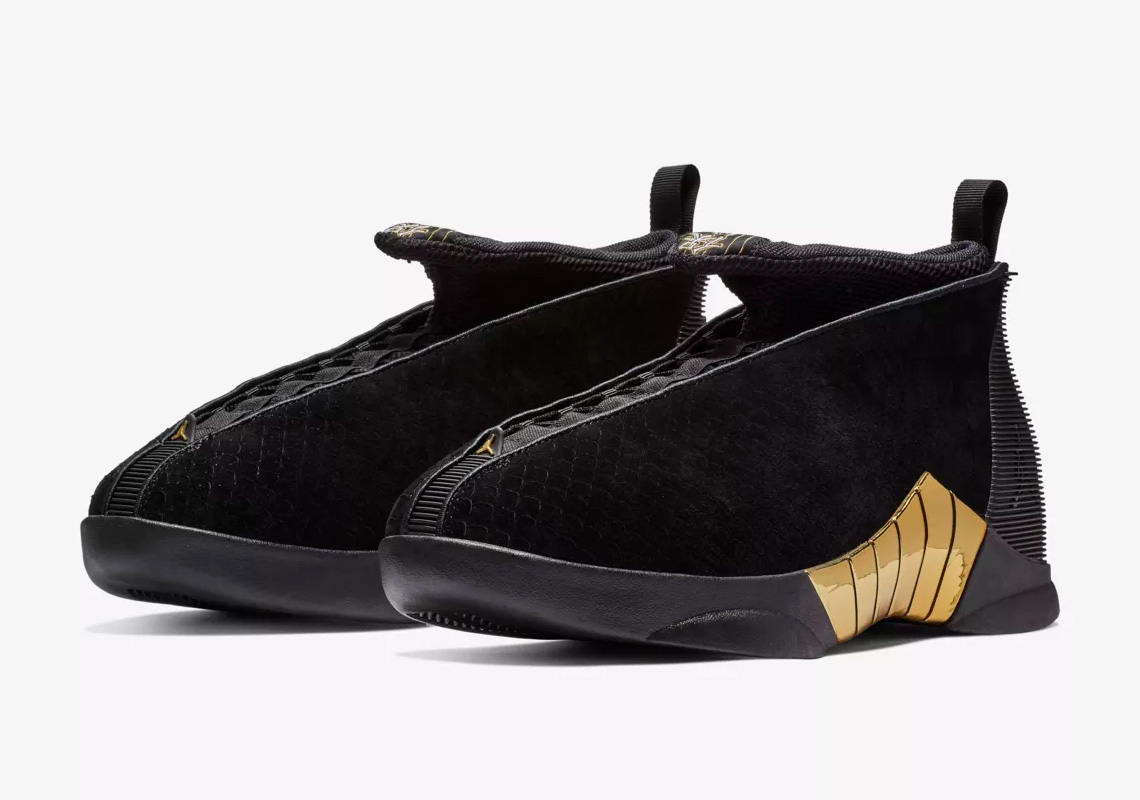 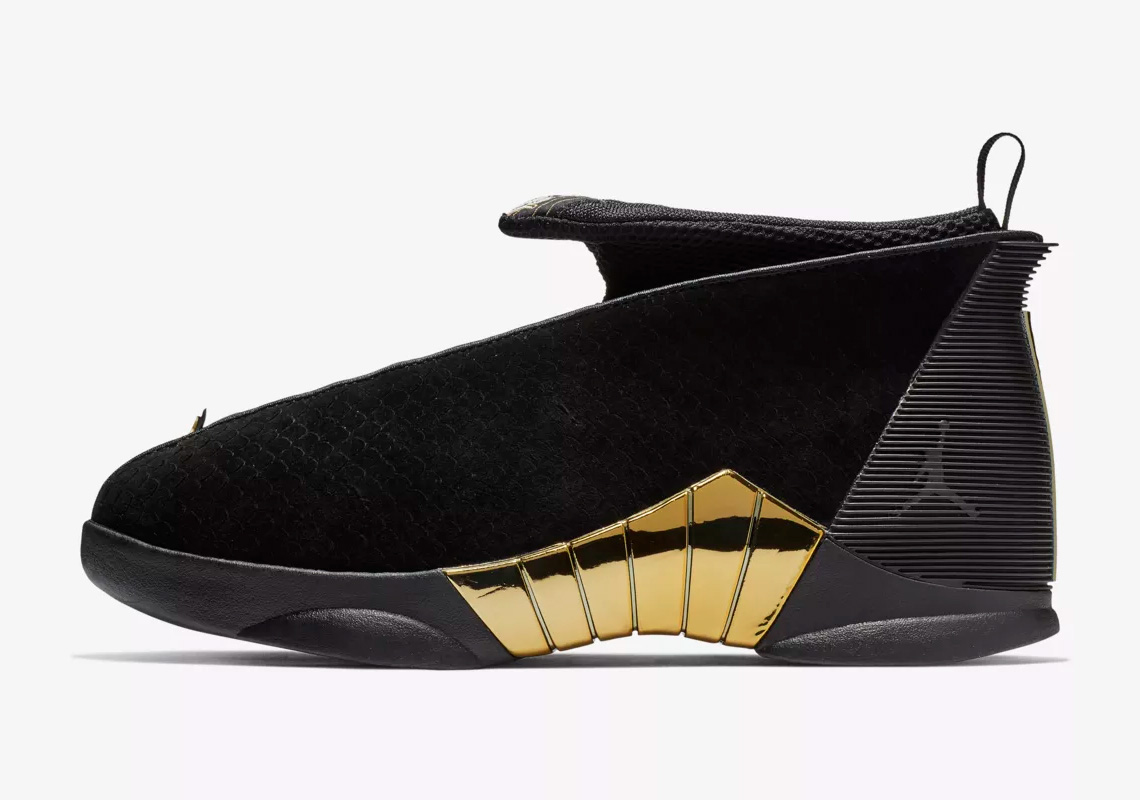 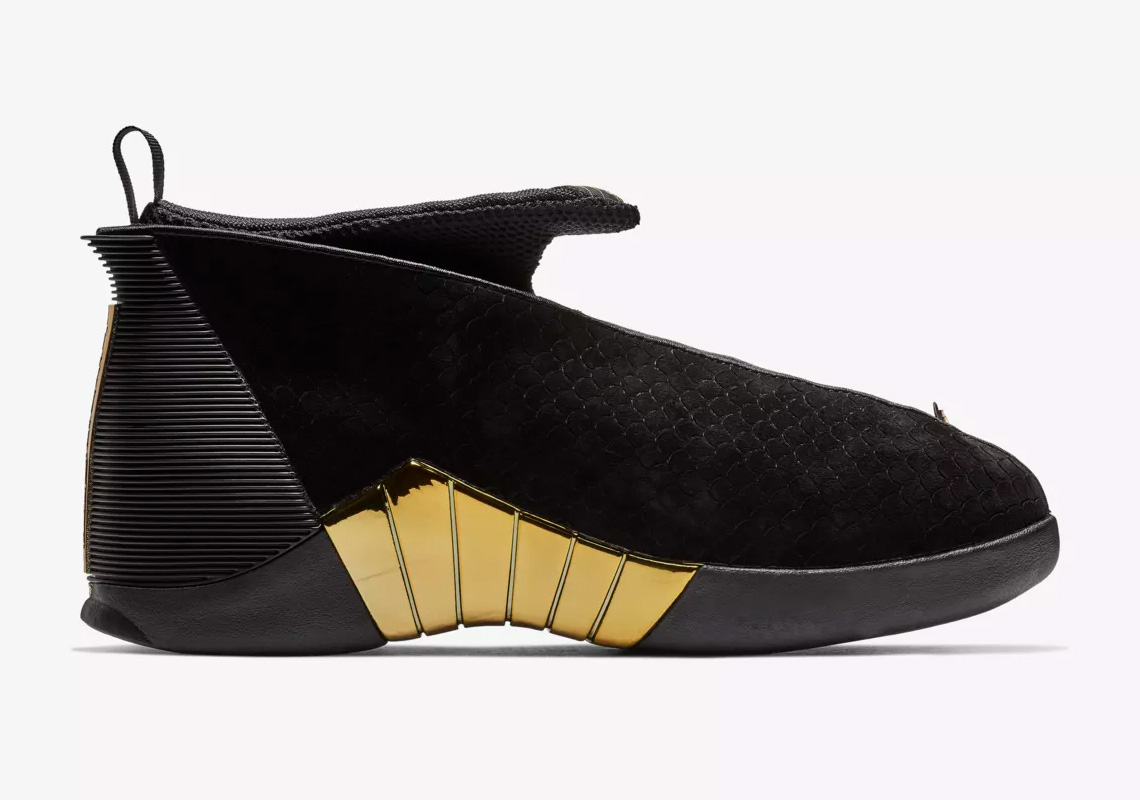 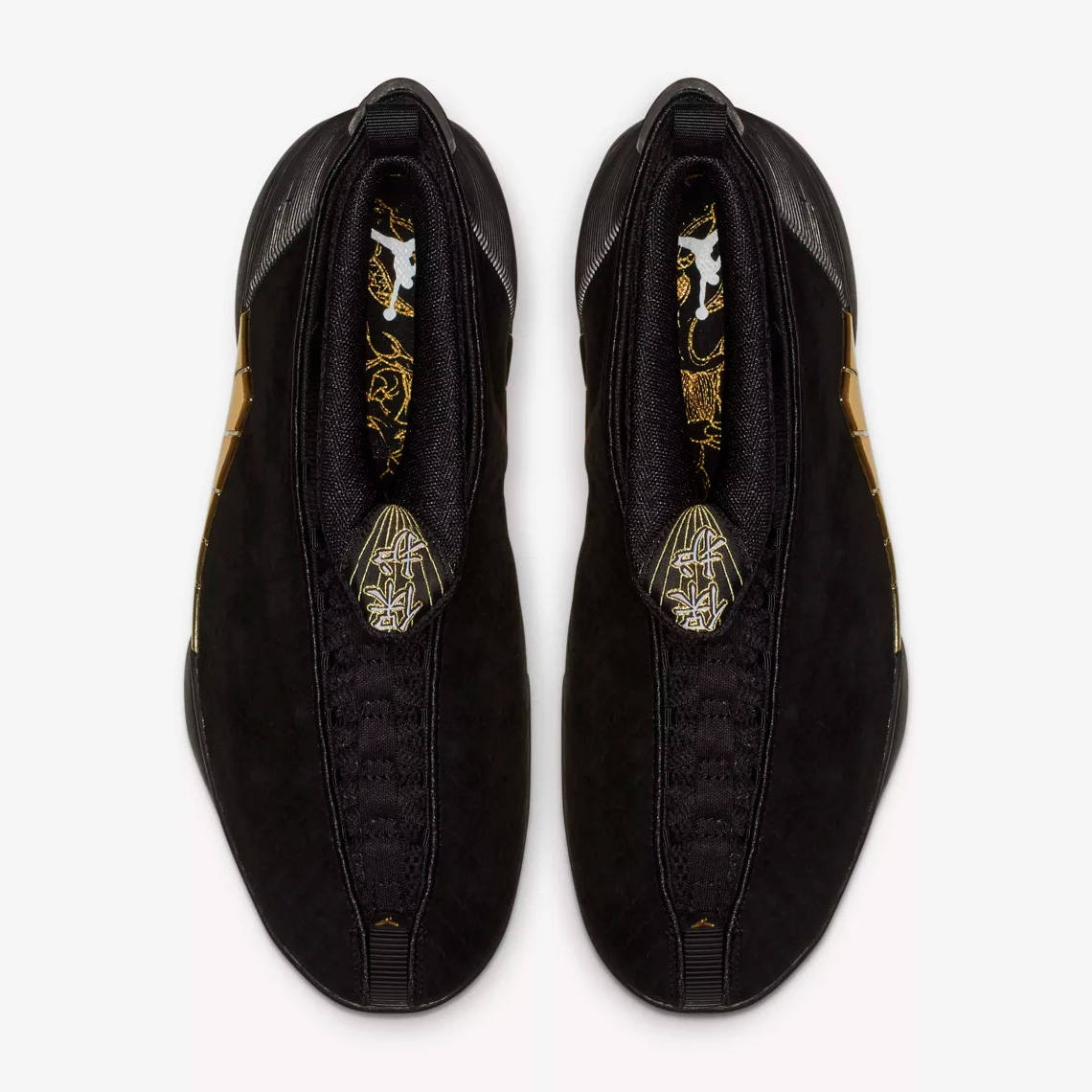 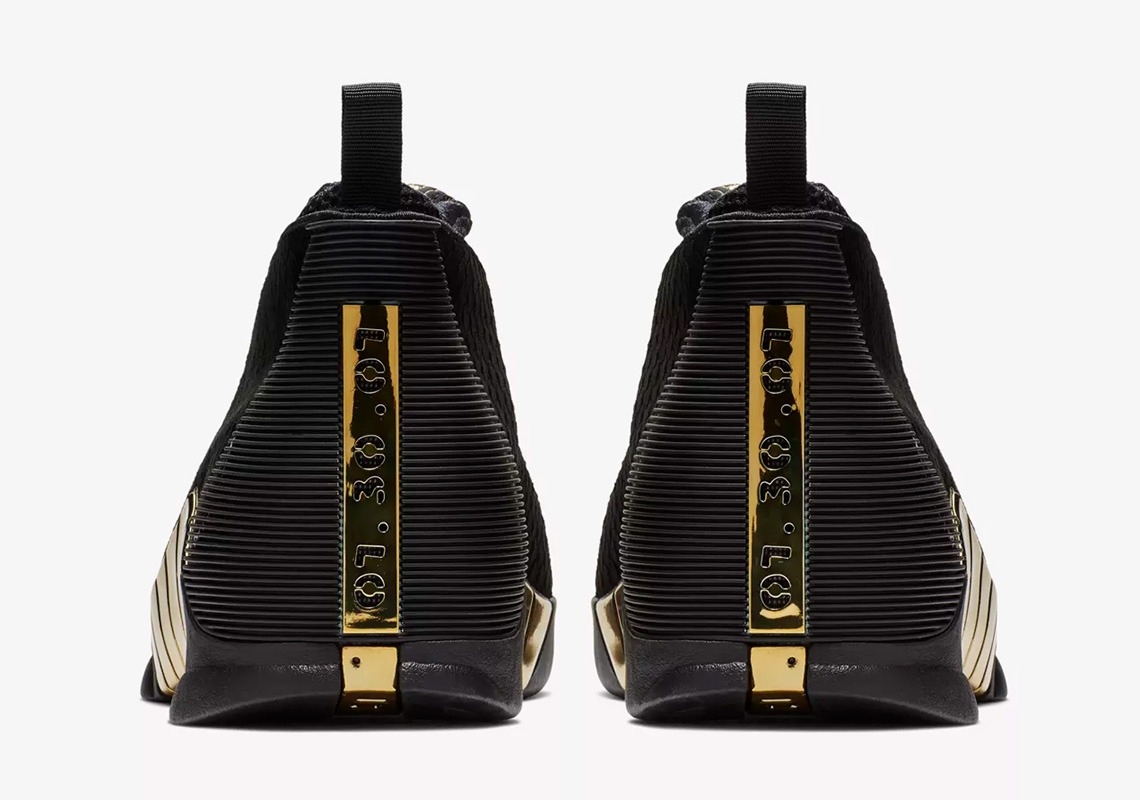 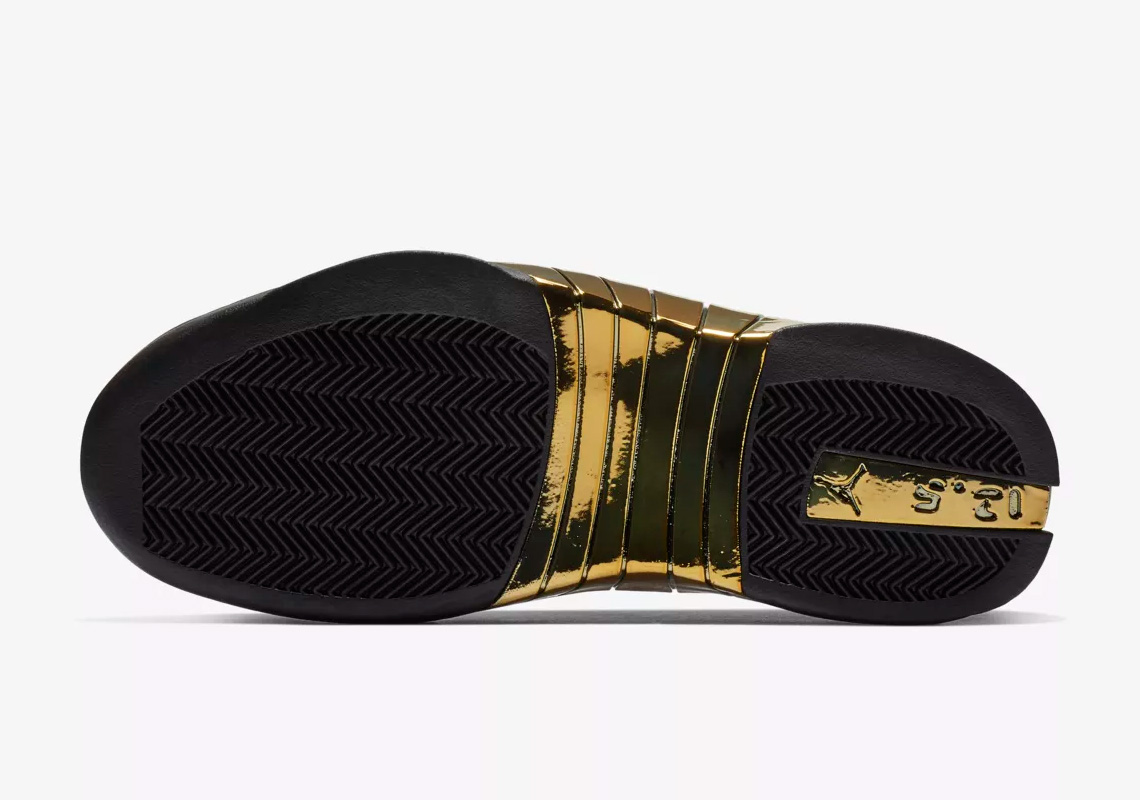