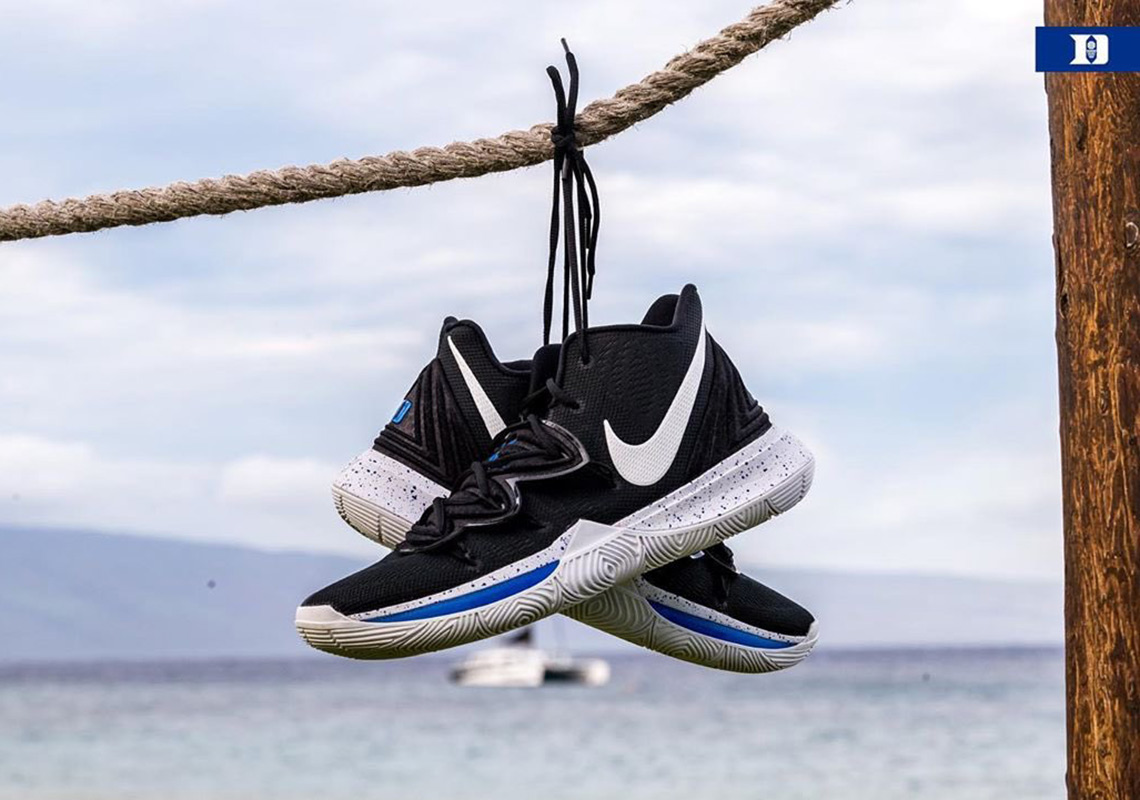 While Kyrie Irving’s collegiate playing career at Duke was cut short due to injury, he still proudly reps the Blue Devils, creating a bevy of blue, white, and black colored kicks with the school’s signature “D” emblem. In advance of Duke’s participation in the esteemed Maui Invitational, the nation’s top rated program got their hands on some Devils-themed Kyrie 5 PEs to help the likes of Zion Williamson, Cam Reddish, and RJ Barret fly even higher on the court. Coach K and his squad will have their choice between a primarily white, blue, and black rendition of the Kyrie 5 equipped with the school’s branding on its heels and all the embellishments that make the Kyrie 5 one of the premier Swoosh Hoops models. While these three pairs will be reserved for those affiliated with Duke’s elite basketball program, it would not be all that surprising if Irving and Beaverton released a Durham-friendly colorway to the public. 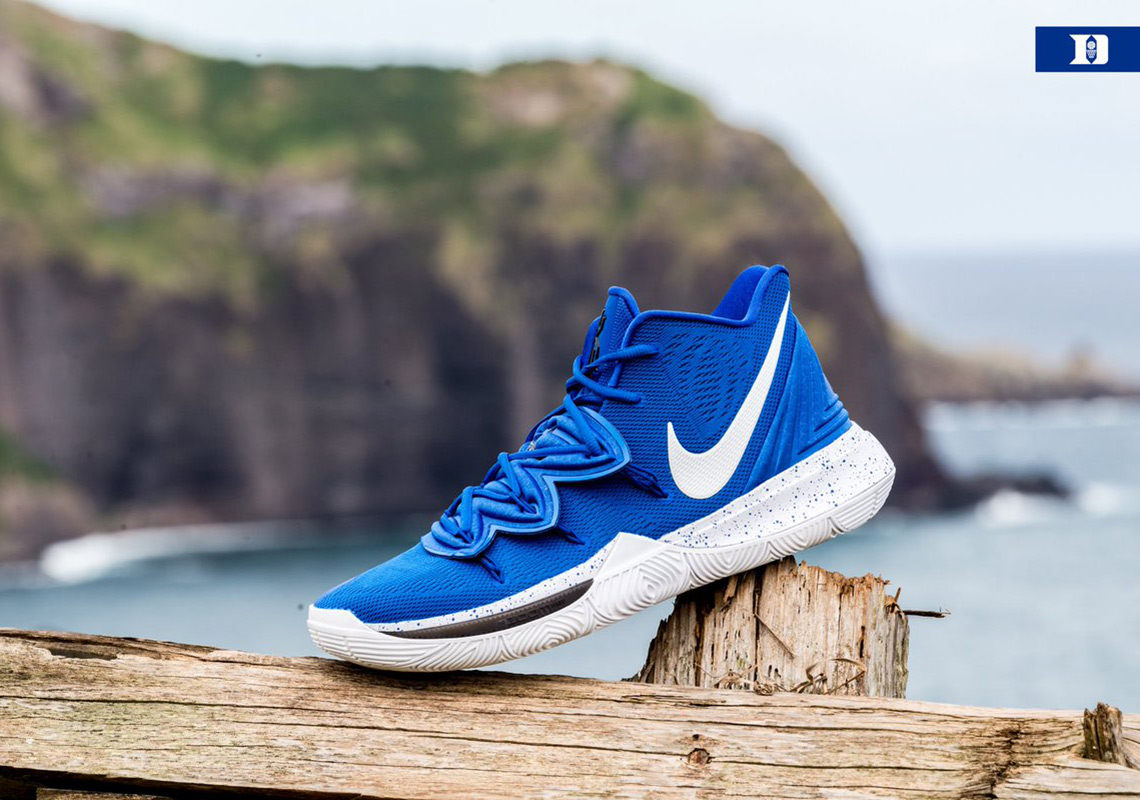 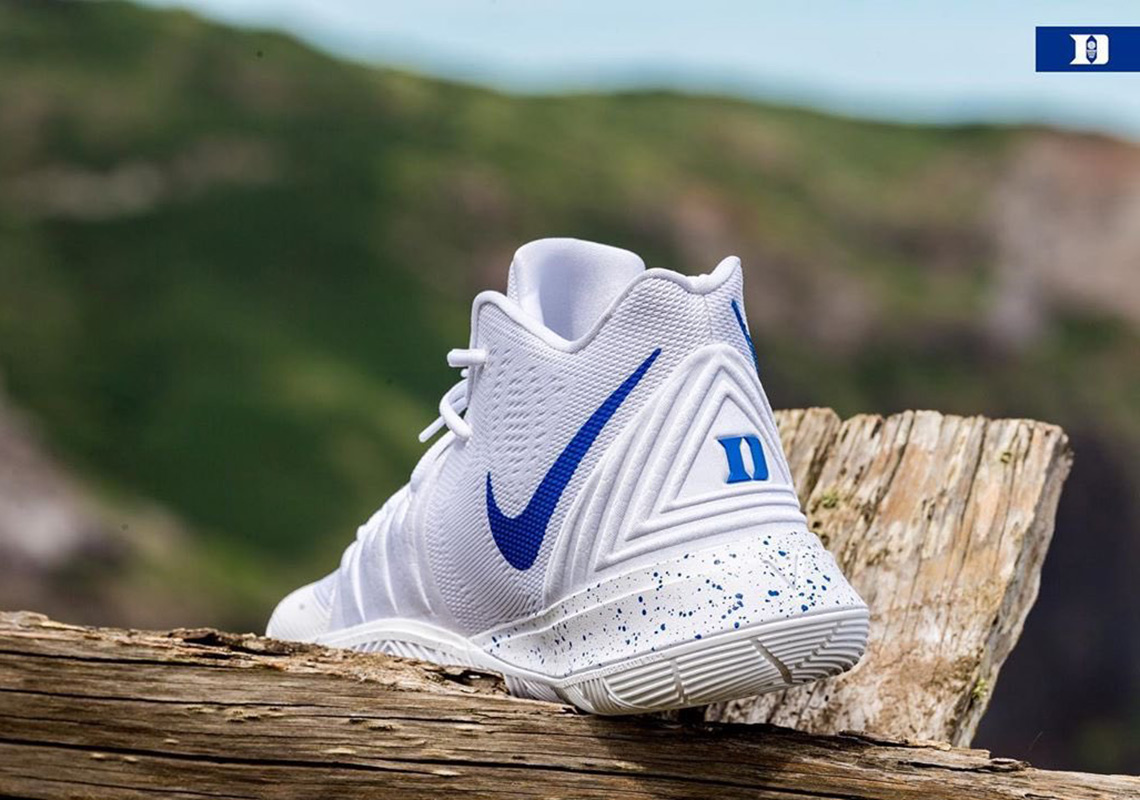 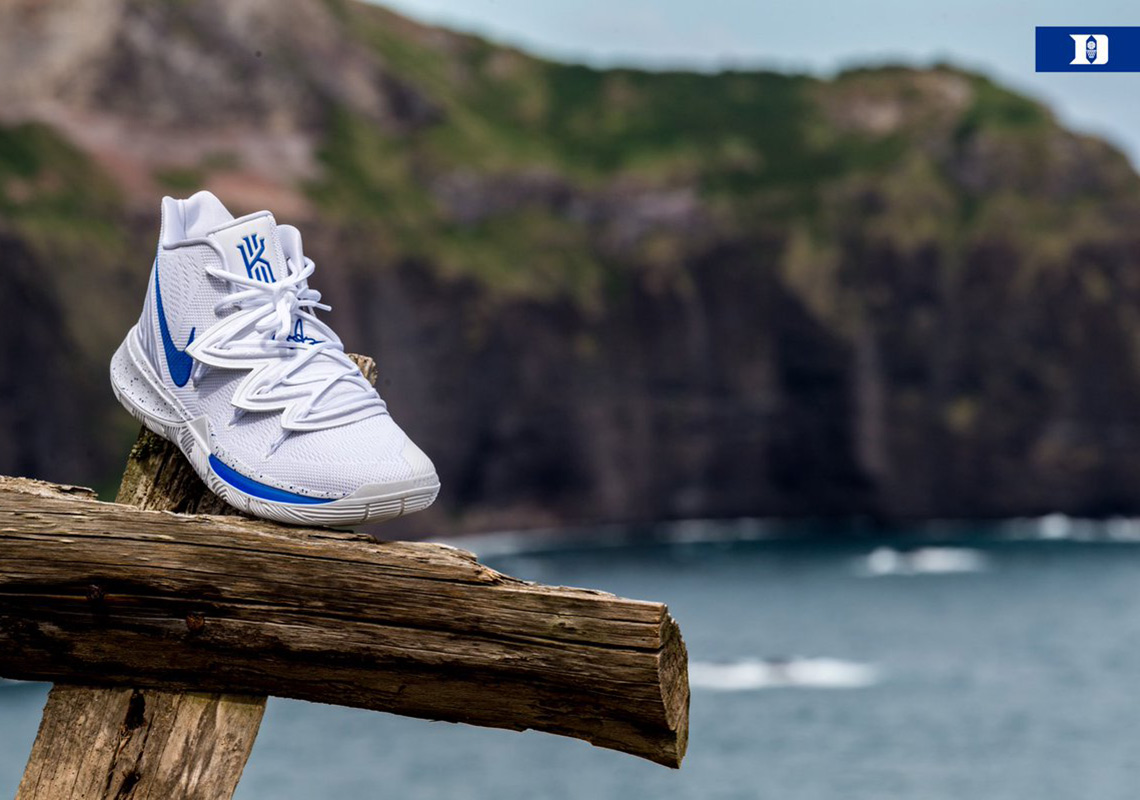 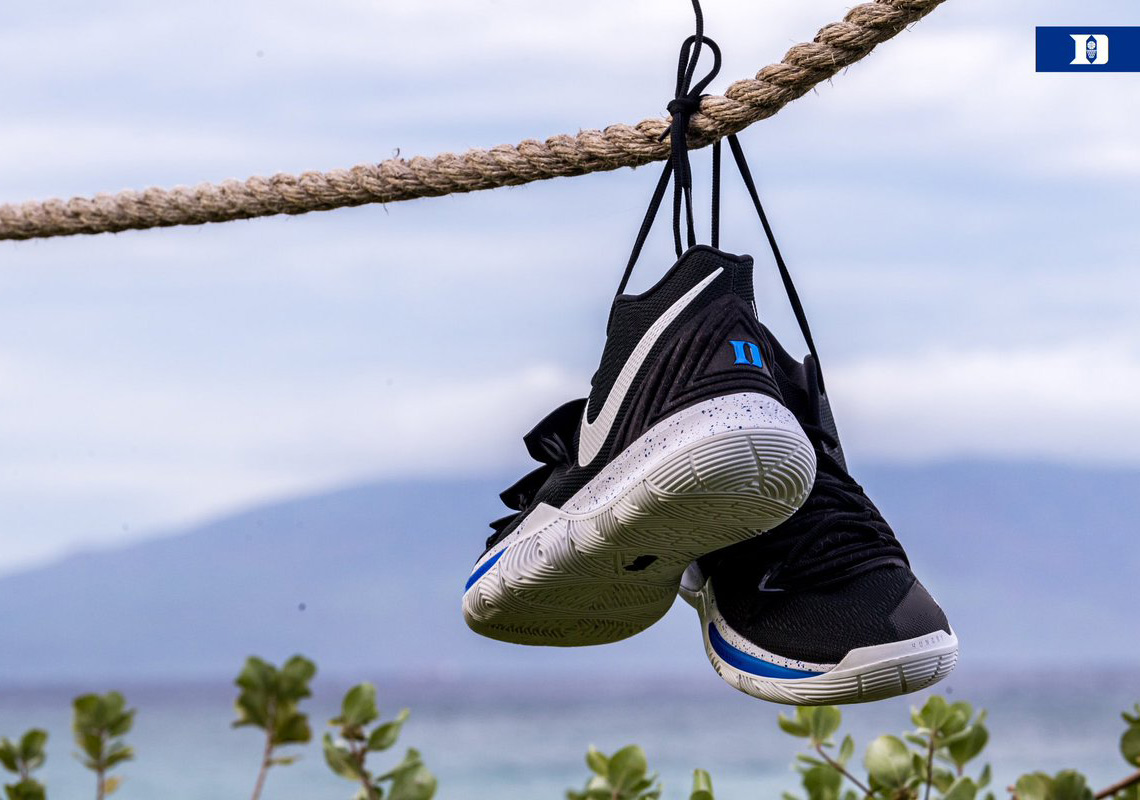 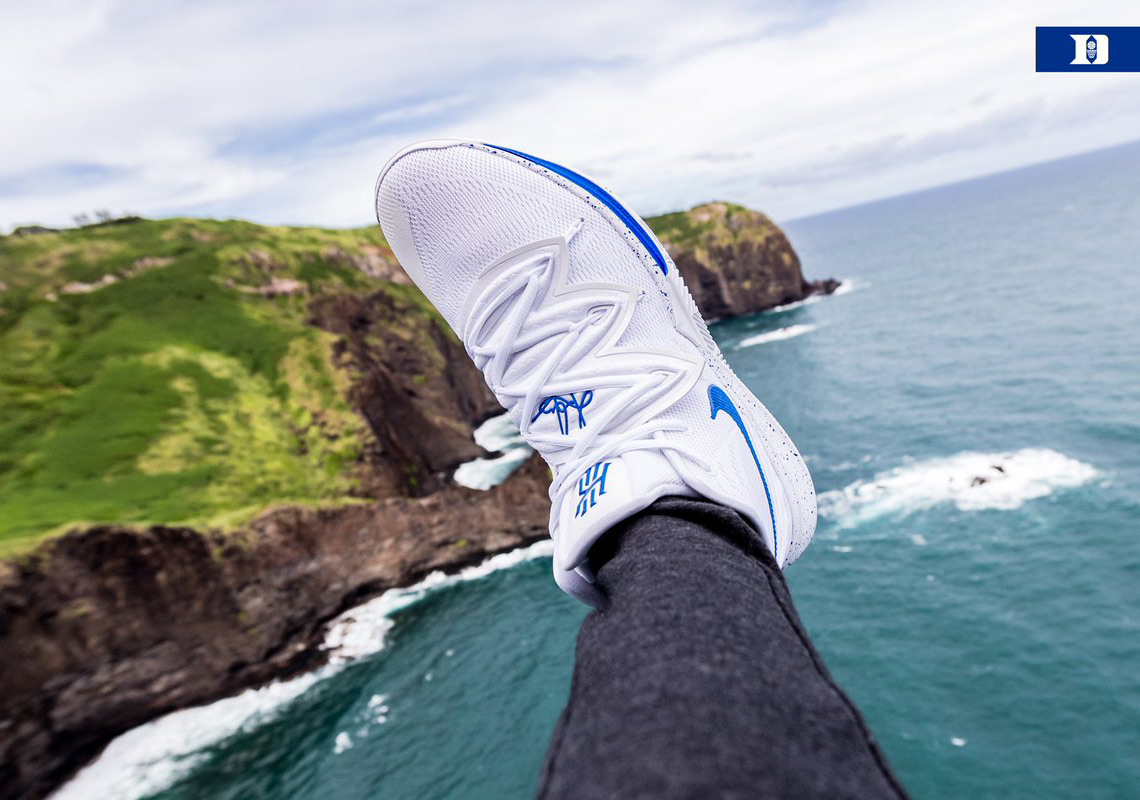 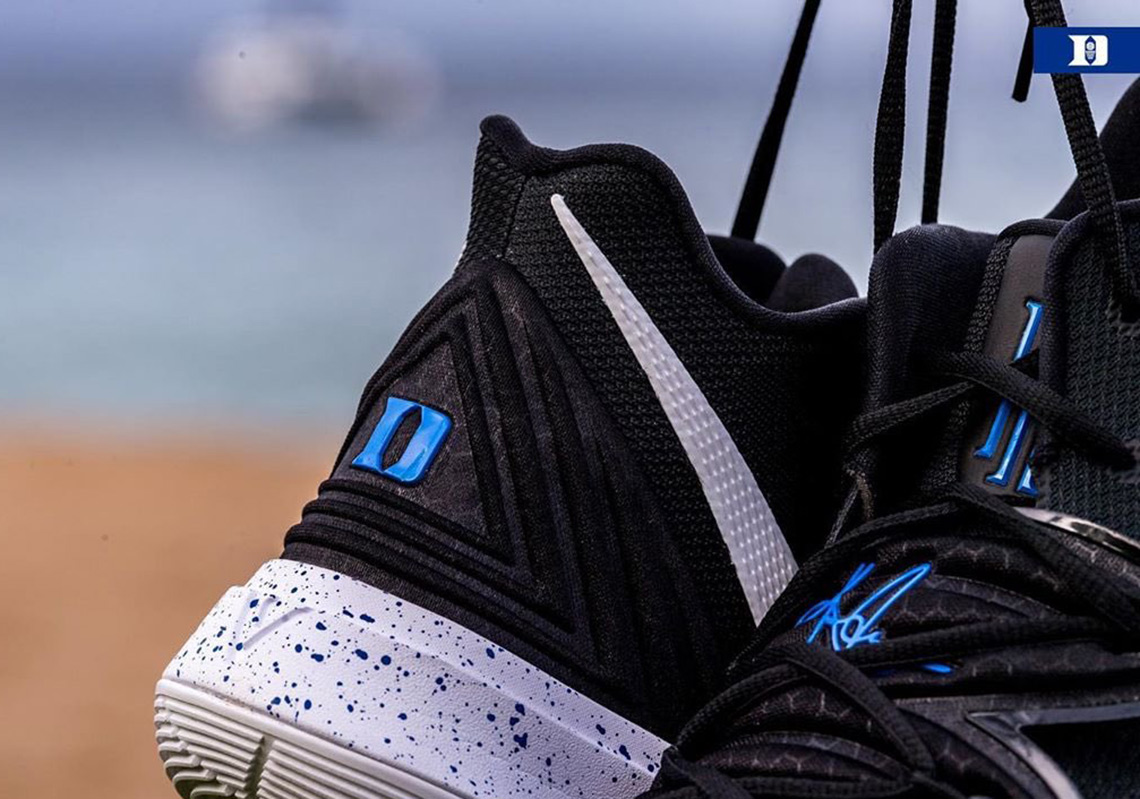