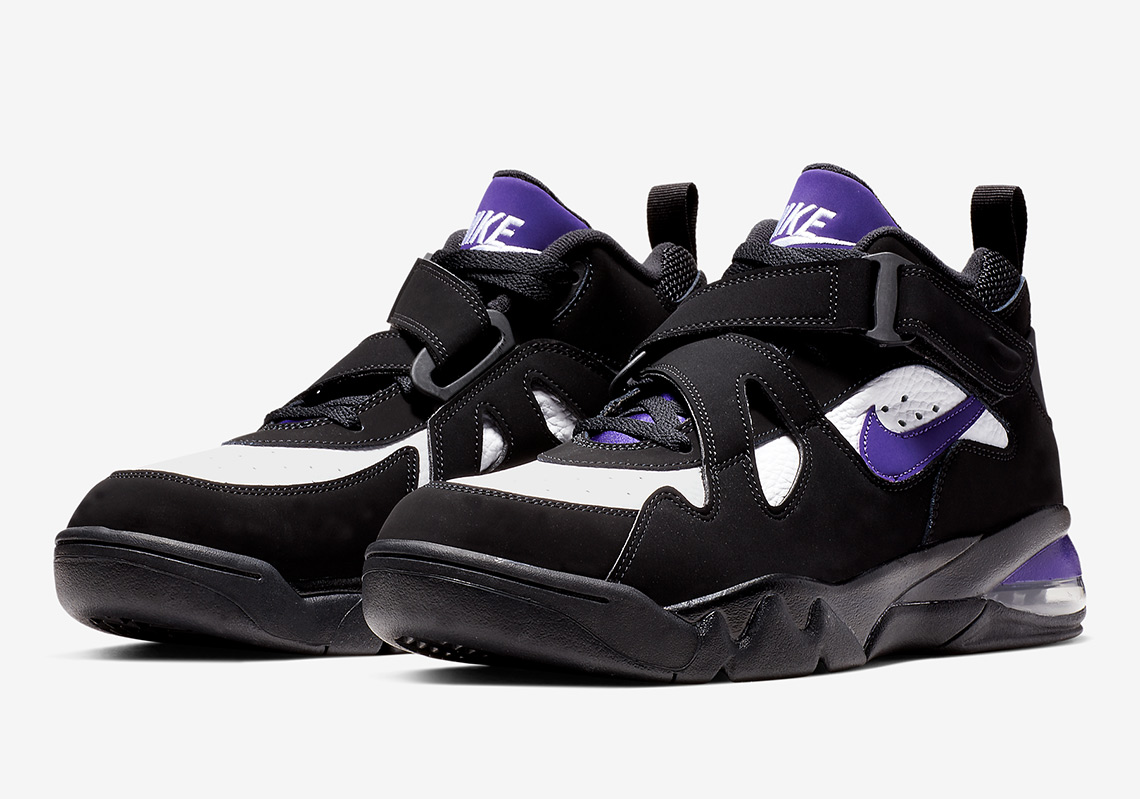 Not many signature athlete’s play styles are as synonymous with their line of sneakers as Charles Barkley and the Air Force Max. Known for his hard-nosed, bully-like, and gritty play style on the court, Chuck’s Air Force Max equipped a bulky construction with incredibly lockdown and stability that helped him become one of the fiercest players the Association has ever seen. Enjoying a resurgent 2018 campaign alongside so many other retro 90s hoop silhouettes, the Air Force Max is ready to return in its original form. With Barkley making his Phoenix Suns debut during the 1992-93 season and the Air Force Max debuting in ’93, this primarily purple and black color scheme made all the sense in the world to help introduce the league to this chunky performance-engineered model. Finishing touches include white underlays, a dual strapped enclosure, and a bright hit of orange on its Nike-branded outsole for an extra Phoenix-friendly touch. No word regarding this OG Air Force Max’s release has been reported just yet, but grab an official look below and stay tuned for updates as we have them. 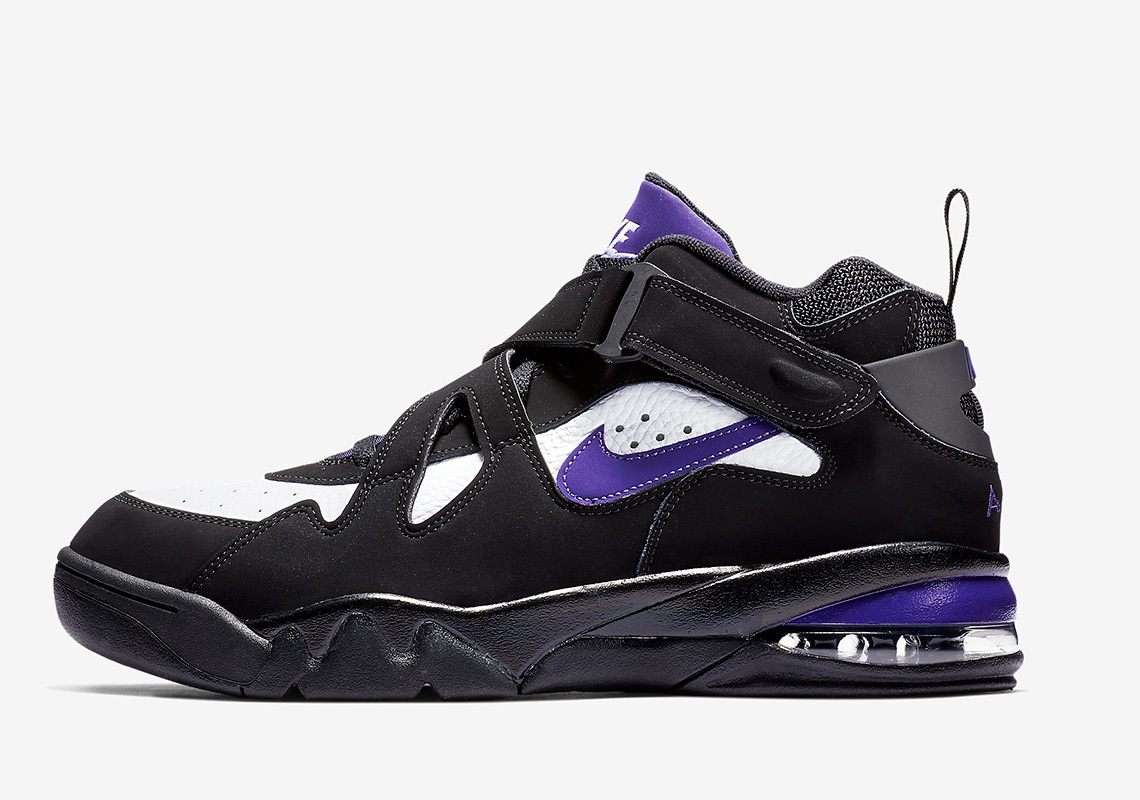 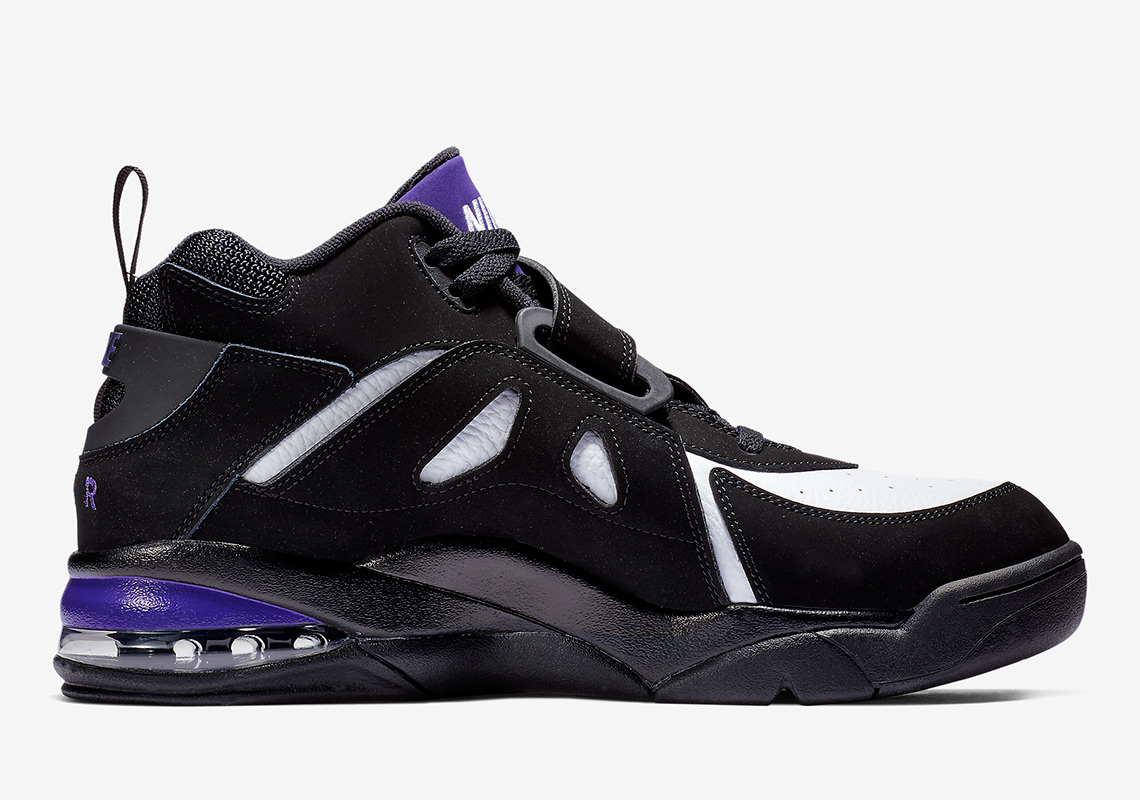 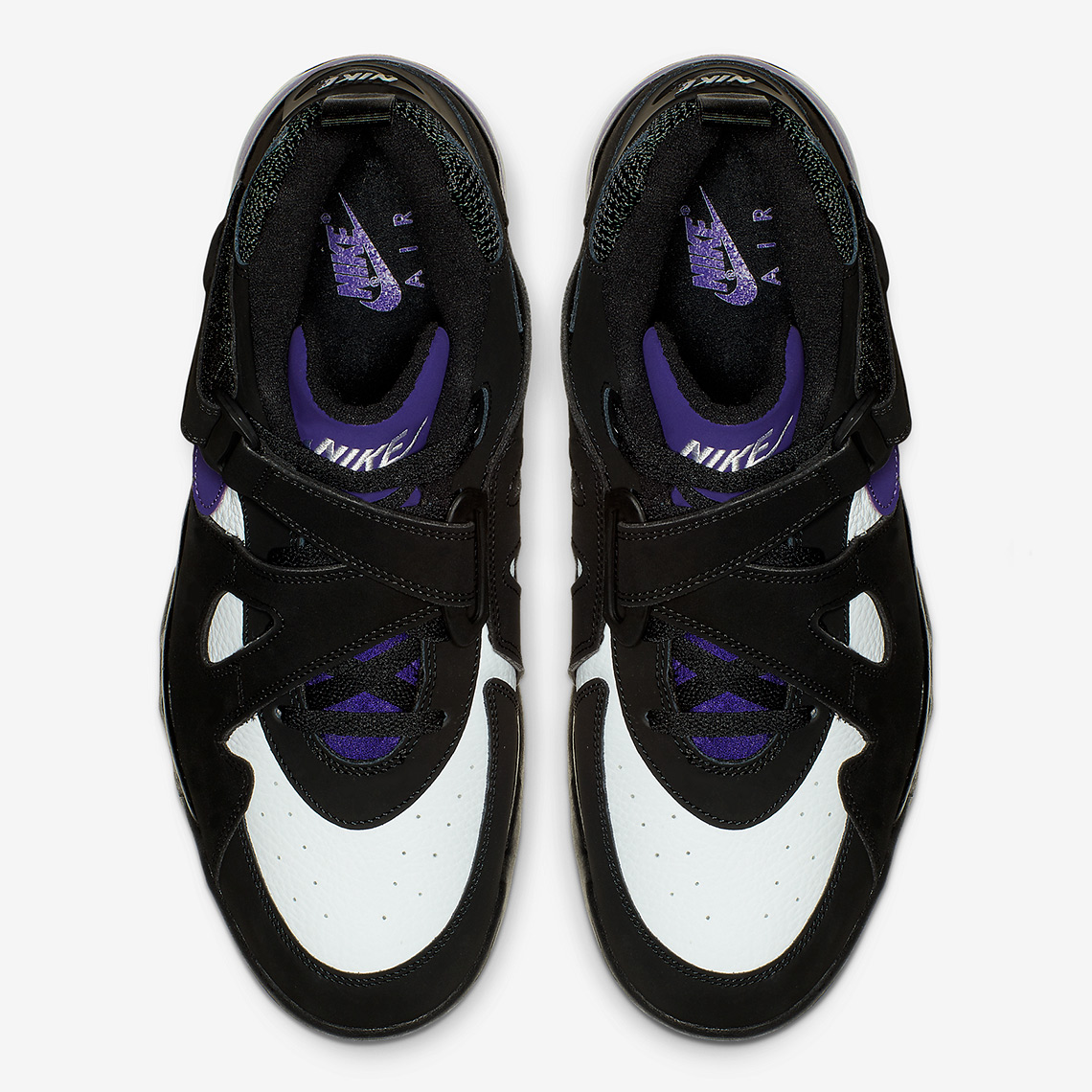 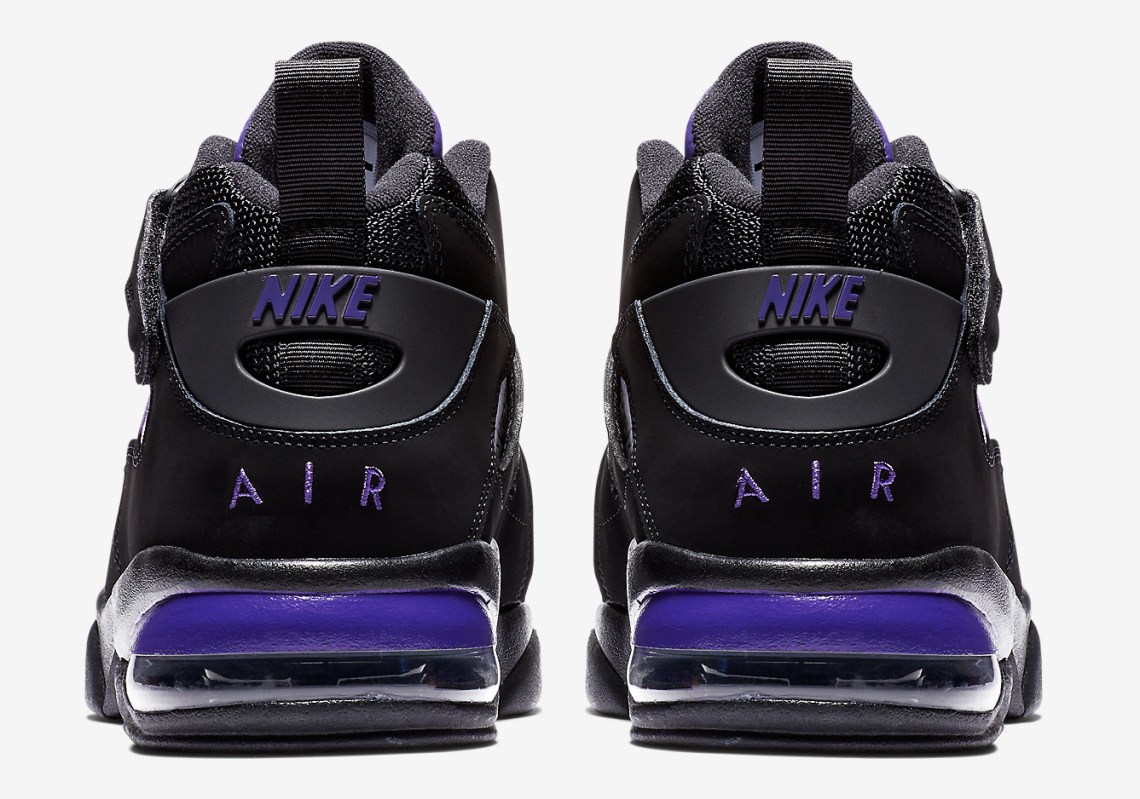 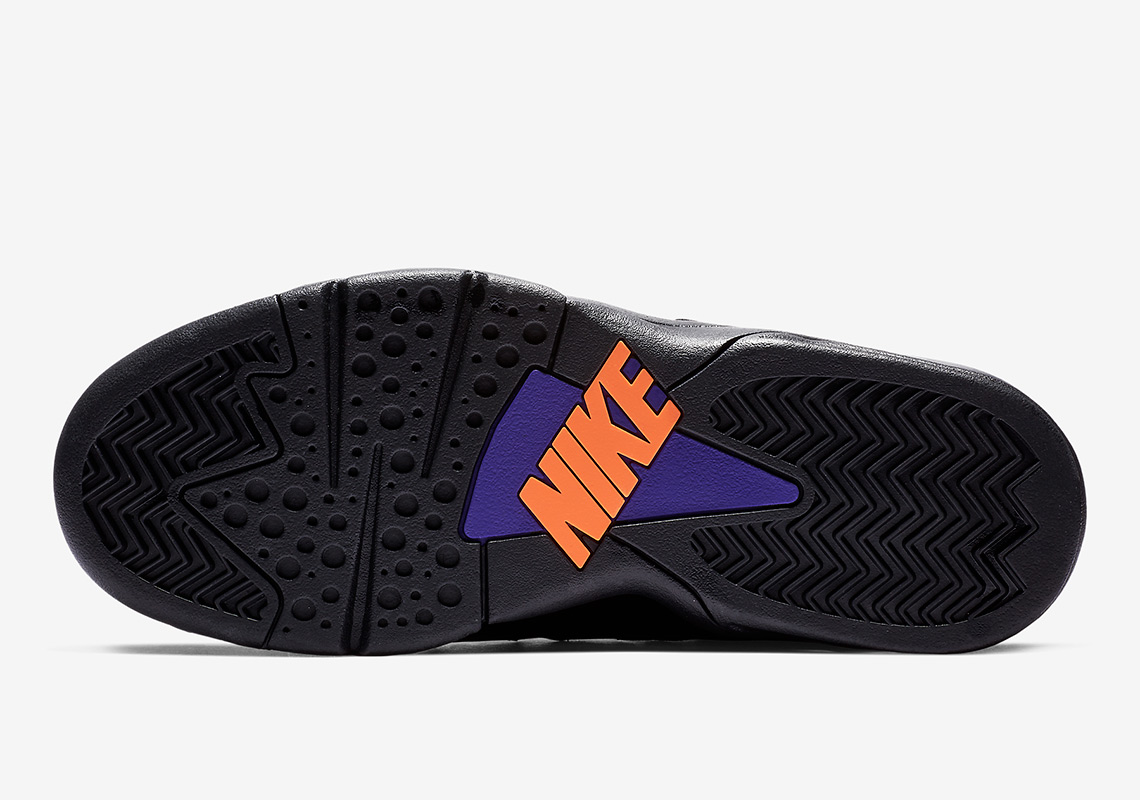