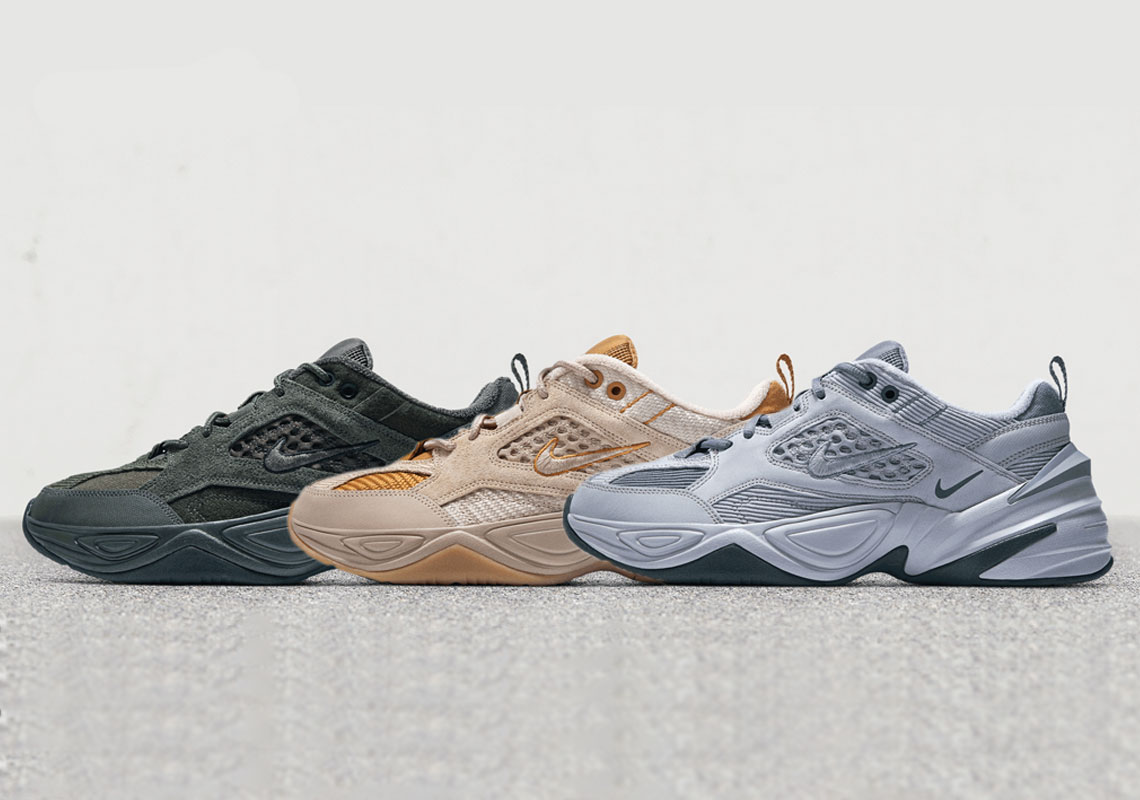 Featuring many a bold note and bulky upper, Nike’s M2K Tekno has surely taken the world by storm, arriving at the arguable peak of the dad shoe trend. With its much older ancestor, the Monarch, reaching a surprising cult following in streetwear, the Beaverton brand has focused its sights on taking the once unfashionable silhouette into the mainstream. With its first iterations being pioneered by menswear designer John Elliot, the imposing piece of kit is now arriving in three tonal colorways that mix various materials to great effect. The sky blue pair is built with leather overlays accented by many corduroy panels throughout the entire upper; the muted tan is more traditional in its fitting, taking on the typical suede and mesh construction; and, last but not least, the forest green bears a deep sultry suede throughout with a durable canvas mudguard. Expect all three colorways to hit Nike.com and select retailers come January 17th for a retail of $130 USD. 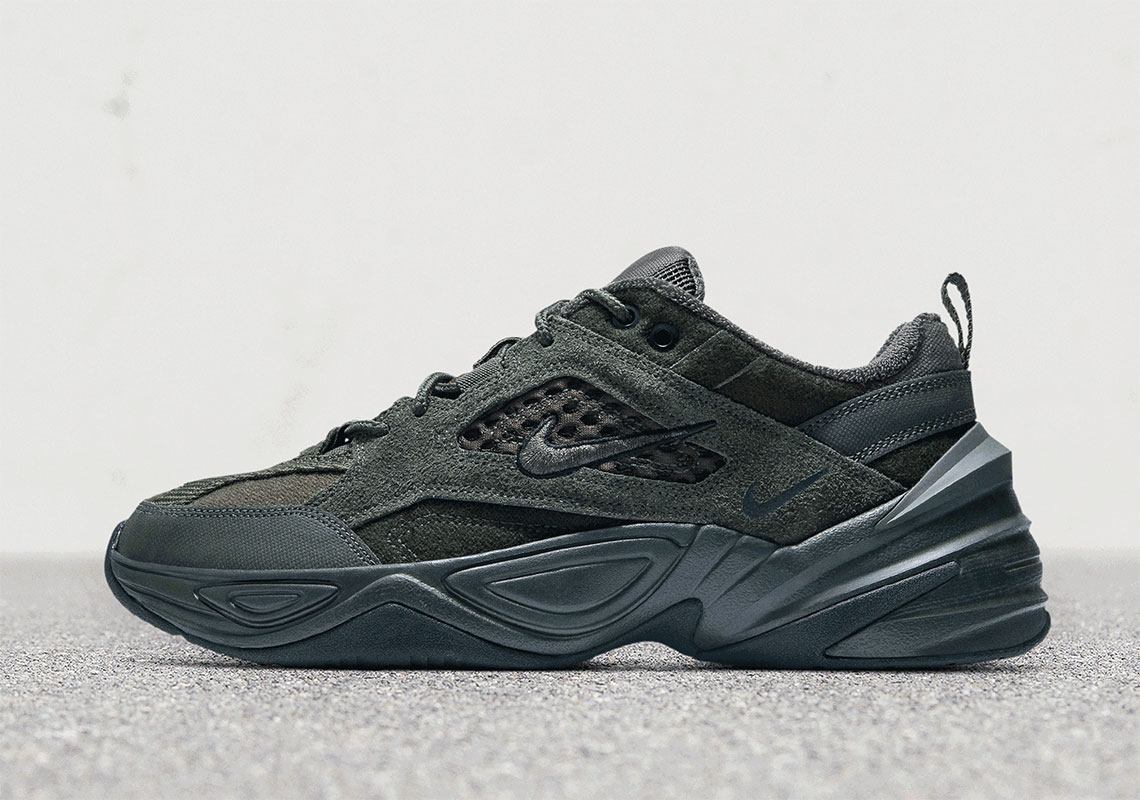 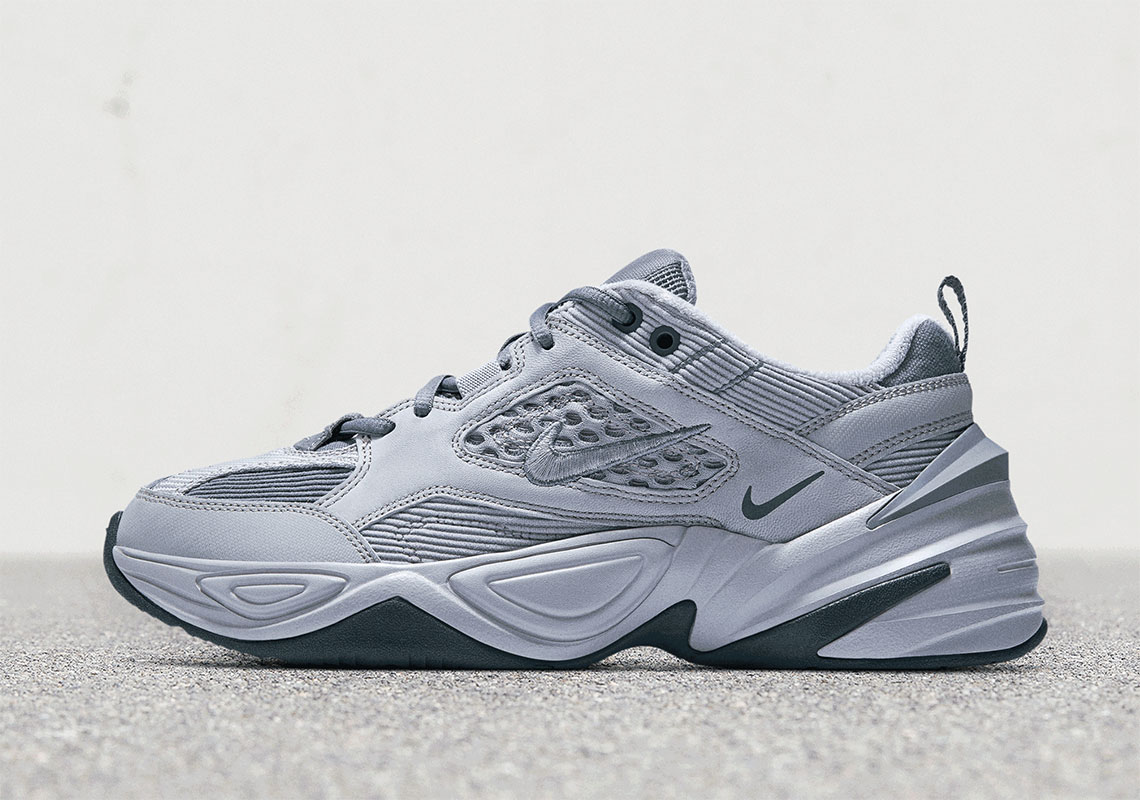 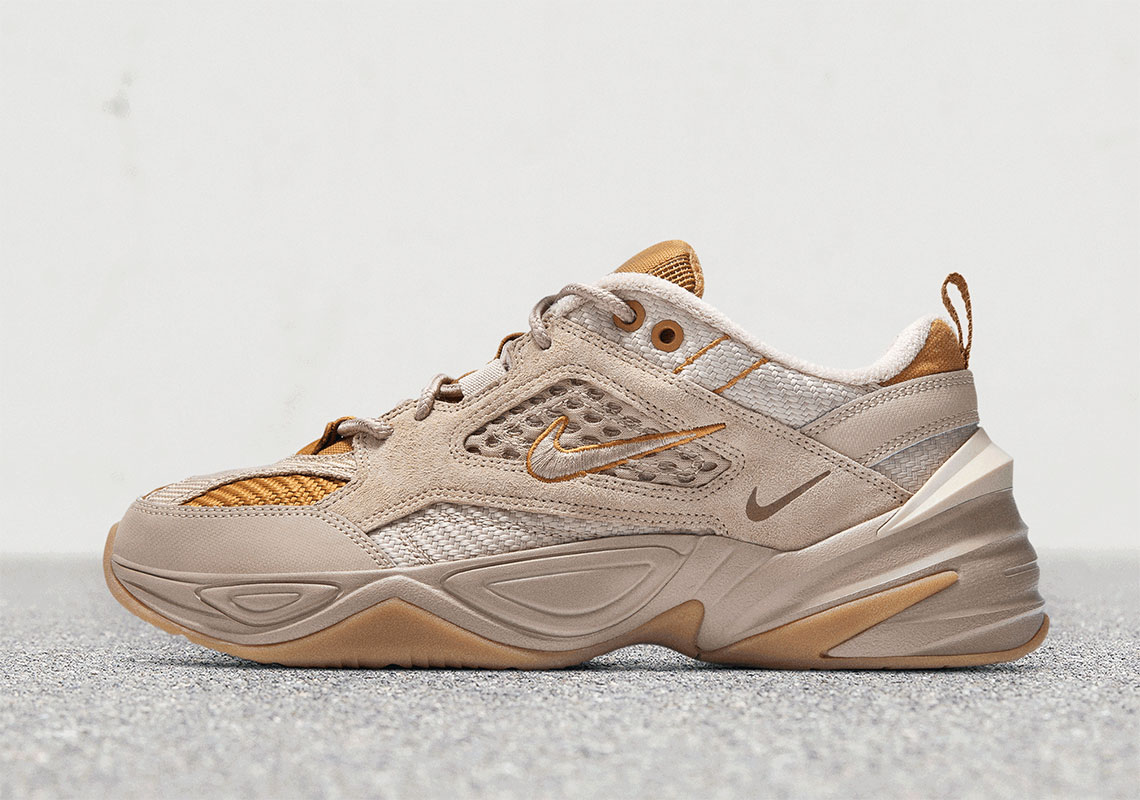