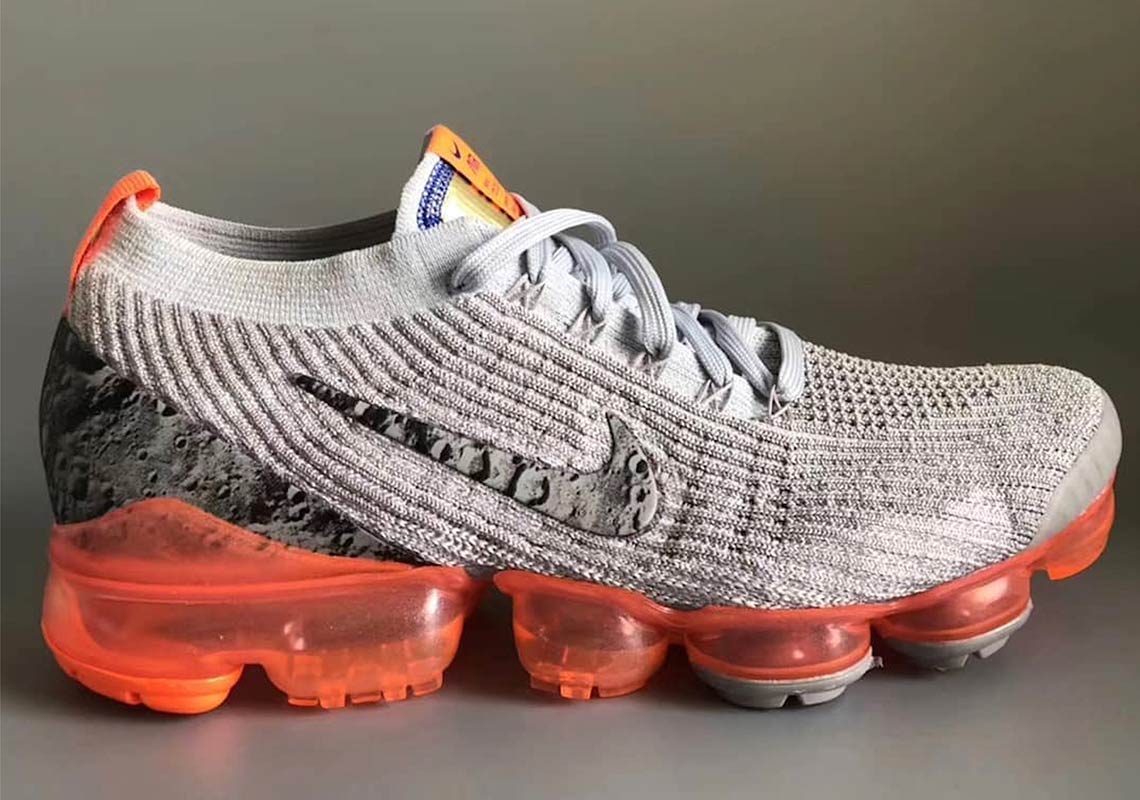 Since its retail debut in March of 2017, Nike’s Vapormax technology has seemingly become omnipresent in the world of footwear. Used both on highly technical performance models and fusion lifestyle silhouettes that combine the uppers of classic Max silhouettes with new-age cushioning units, Vapormax is at the front of the Swoosh Brand’s technological innovations, and it’s set to hold that lofty position next year as well, as the brand-new Nike Vapormax 3.0 was recently unveiled.

Although the silhouette is largely similar to 2017’s Vapormax and 2018’s Vapormax 2.0, there are some noticeable differences: the upper’s Flyknit features a new ribbed pattern, and the tongue boasts technical branded hits, similar to the graphics seen on the new-jack Vapormax 2019. Although other releases will likely differ from the model pictured here, this first pair to be unearthed also boasts special moon landing graphics — similar to 2014’s ultra-rare Air Max Lunar90 SP — on the heel cage and midfoot swoosh. A bright orange cushioning unit then arrives to complete the look. Enjoy a first look at the new Vapormax right here, let us know your thoughts on the updates in the comments, and keep it locked here for release information as it’s available. 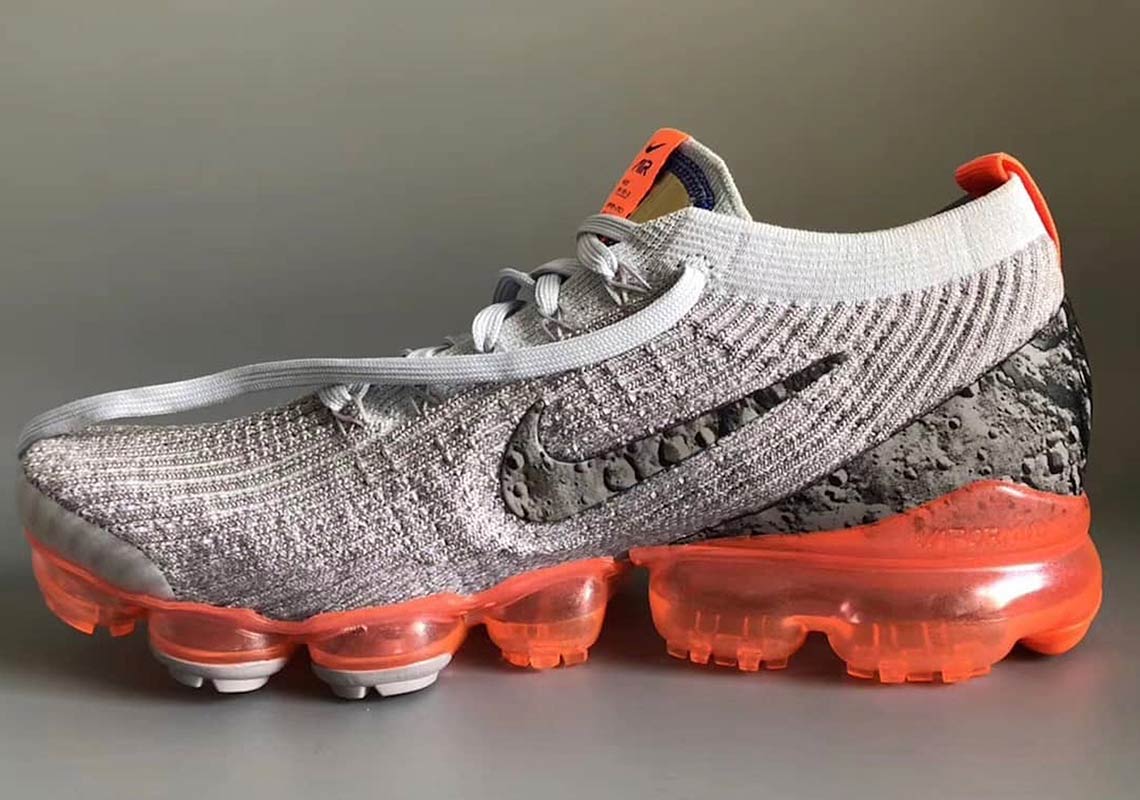 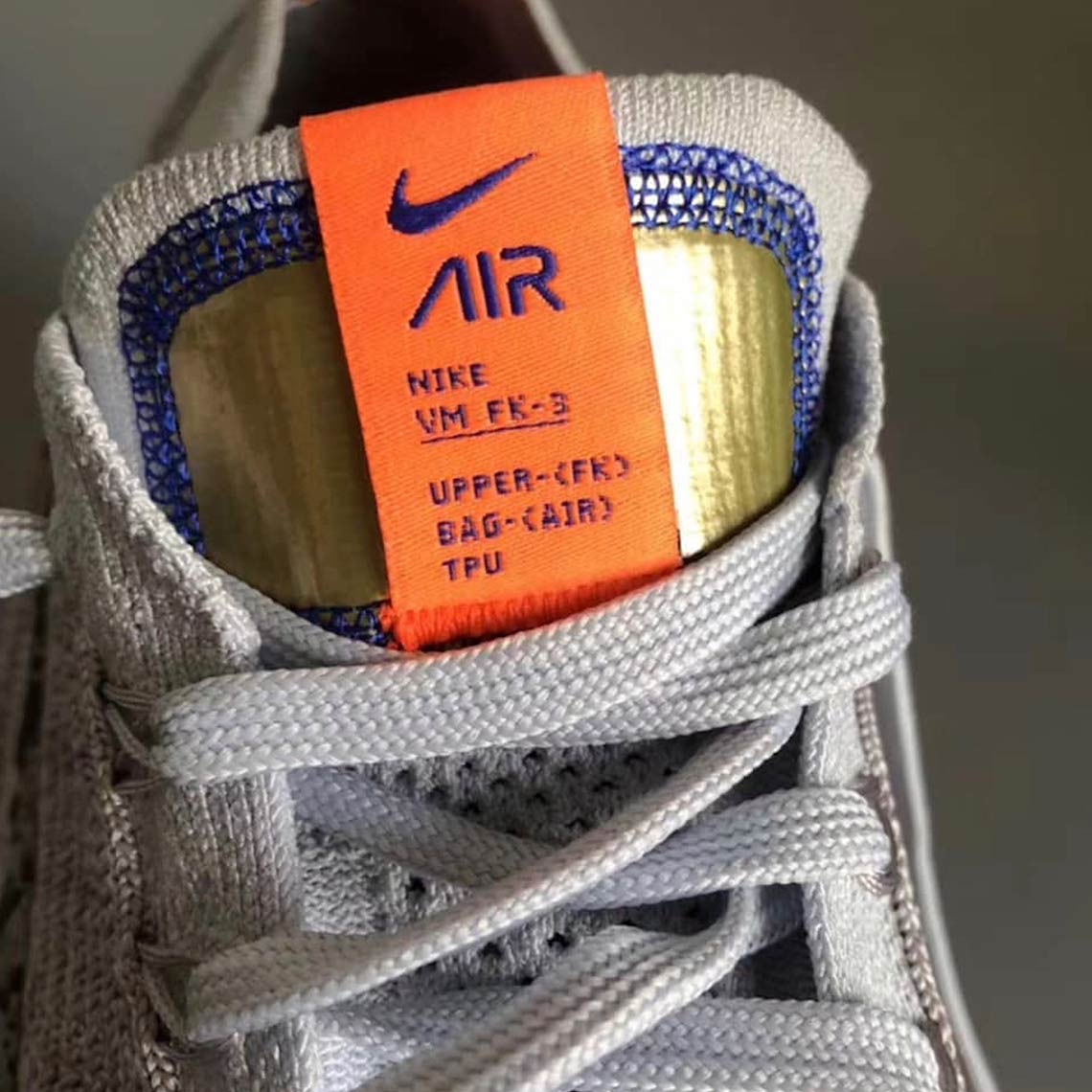