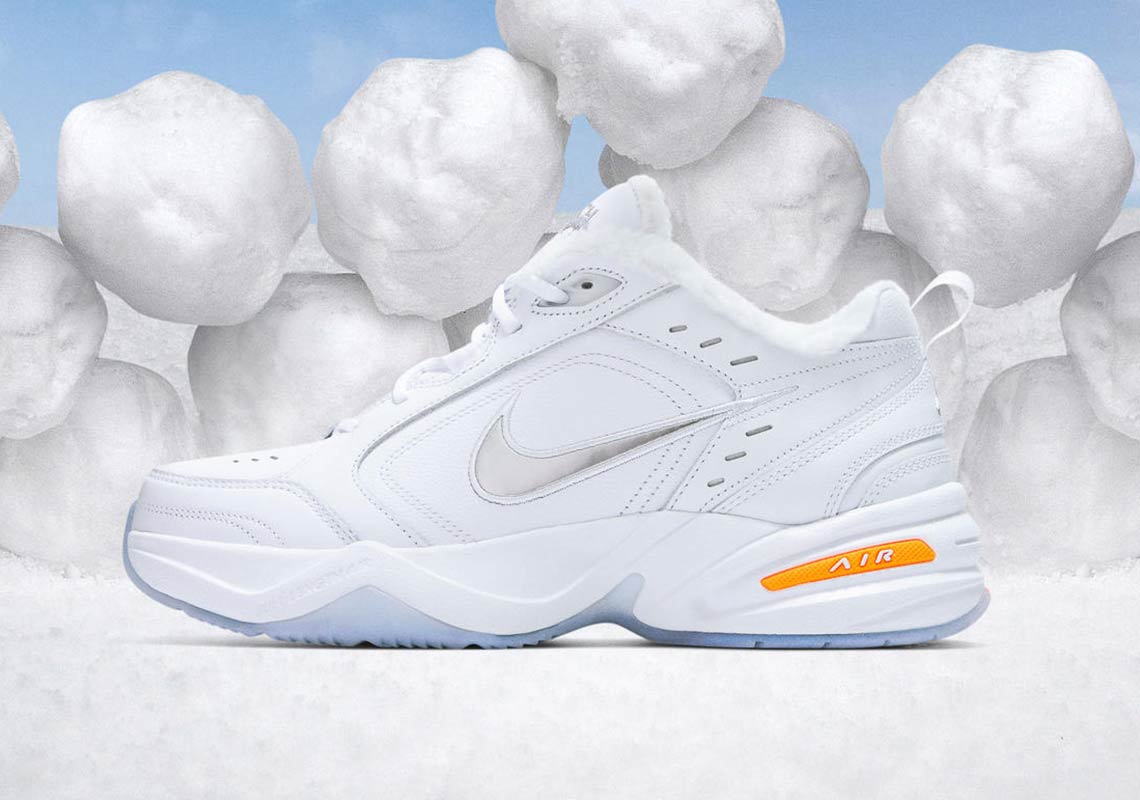 The Nike Air Monarch IV Gets A Snow Day-Inspired Makeover

Nike’s Air Monarch is the quintessential “dad sneaker,” a silhouette beloved by fathers, coaches, and gym teachers the world over well before “dad shoes” were a topic of discussion in the cultural lexicon. Over the last few years, the Monarch has grown to become a tongue-in-cheek favorite among normcore style lovers and sneakerheads with a strong sense of irony alike. Nike’s given the so-uncool-it’s-cool Monarch a few moments in the spotlight this year as well — first nearly doubling the $65 retail price for a special “Weekend Campout” version in June and then letting British brand Martine Rose put size 18 tooling on a size 9 midsole for a unique collaboration — and now it’s set to release in a special “Snow Day” makeup.

Inspired by all the essential pieces of a glistening, snowy day, the shoe may appear simple at first, but it’s packed chock-full of special details. A chrome Swoosh and icy translucent outsole nod to the bright sheen of freshly fallen snow and ice, while the white sherpa collar imitates a warm pair of slippers. It wouldn’t really be a real snow day without a snowman, so this special Monarch also features snowman detailing hidden on the heel embroidery, a chilly graphic on the tongue, and a bright pop of orange on the midsole that’s inspired by a snowman’s carrot nose. The “Snow Day” Monarch IV will release exclusively on SNKRS Japan December 18th before rolling out to Nike.com EU on December 20th. It’ll then finally arrive on Nike SNKRS stateside January 3rd, 2019. 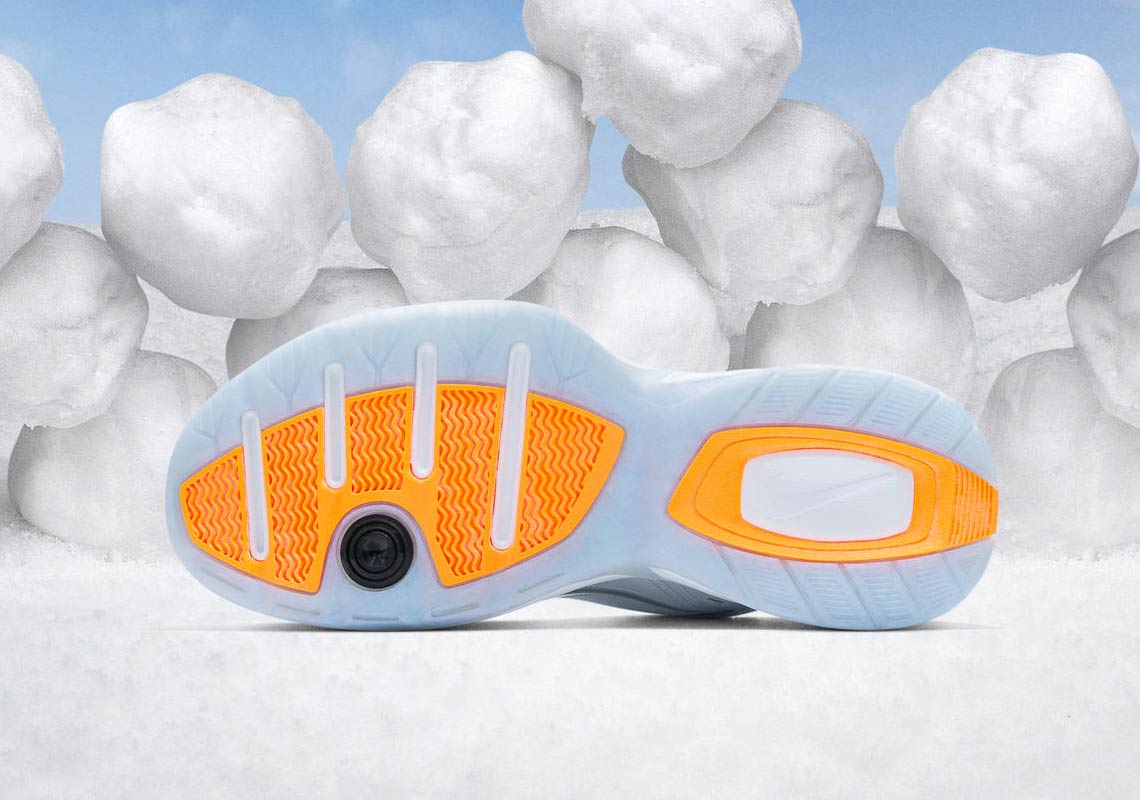 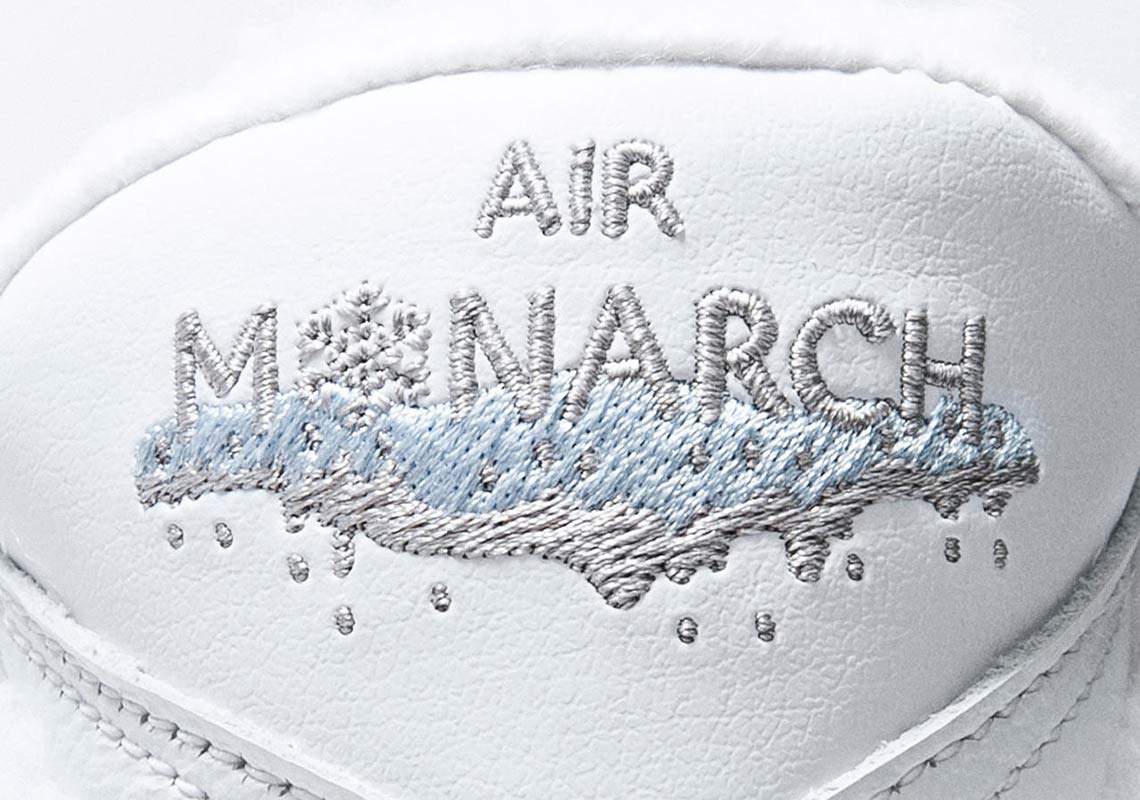