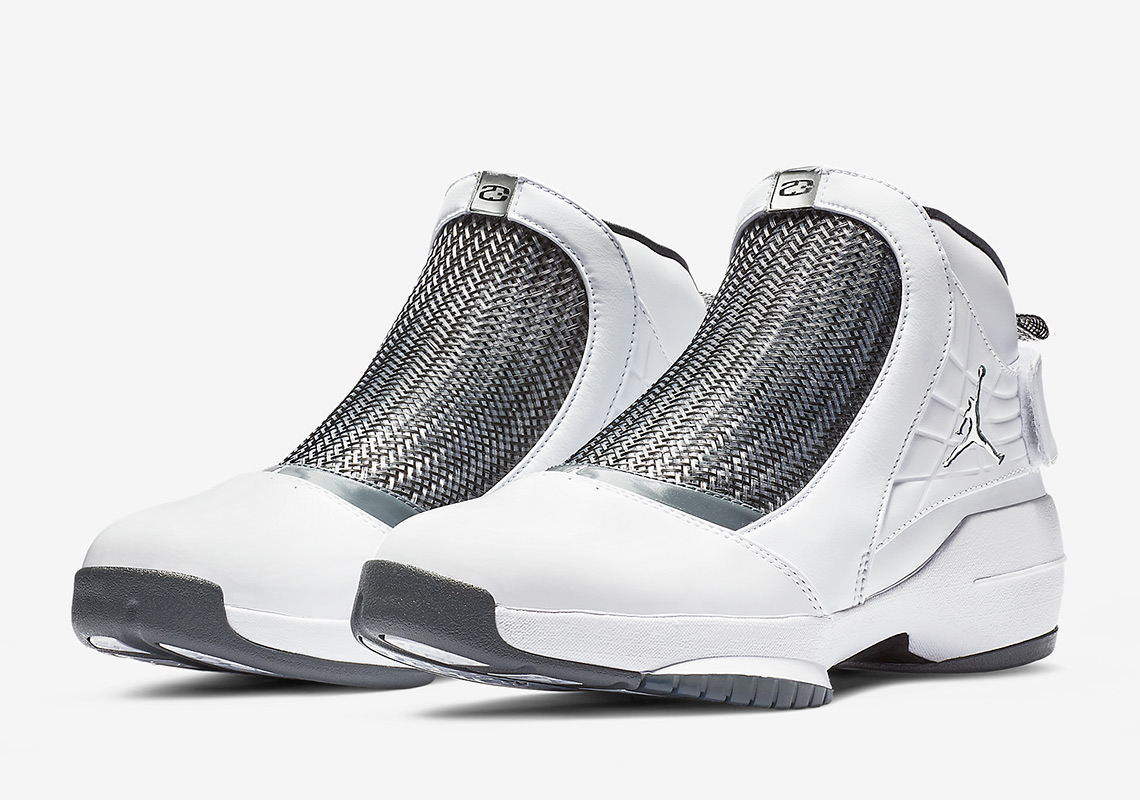 Serving as the first shoe that released after Michael Jordan’s playing career was over, the Jordan Brand is set to release a retro version of the Air Jordan 19 “Flint” colorway during January of next year. With MJ no longer on the court to spell the mystique around the footwear, the heralded brand looked to superstars the likes of up-and-coming Carmelo Anthony and league veterans like Gary Payton, Jason Kidd, and Ray Allen to carry the torch. Melo himself favored this particular colorway numerous times during the 2004 season as a member of the Denver Nuggets, and given the special MELO call-out on the insoles, these may be a tribute to the long-time brand representative.

Inspired by the sport of fencing, the Air Jordan 19 boast an unmistakable shroud, meant to resemble a fencer’s mask, that comes adorned in Tech Flex technology, garnering the wearer incredible lockdown and flexibility. Coated in Flint Grey, it is undoubtedly this particular iteration’s focal point, while it also comes supported by flashes of Chrome on its Jumpman branding and “23” hits right atop its aforementioned shroud. Angelic white patent leather takes up most of the room on this upcoming drop, with a small coating of red taking shape on its Roman numerals mark underneath its tongue. Enjoy and official look at this flint-colored Air Jordan 19 below and expect pairs to touch down at retailers on January 5th with a higher-than-usual MSRP of $225 USD. 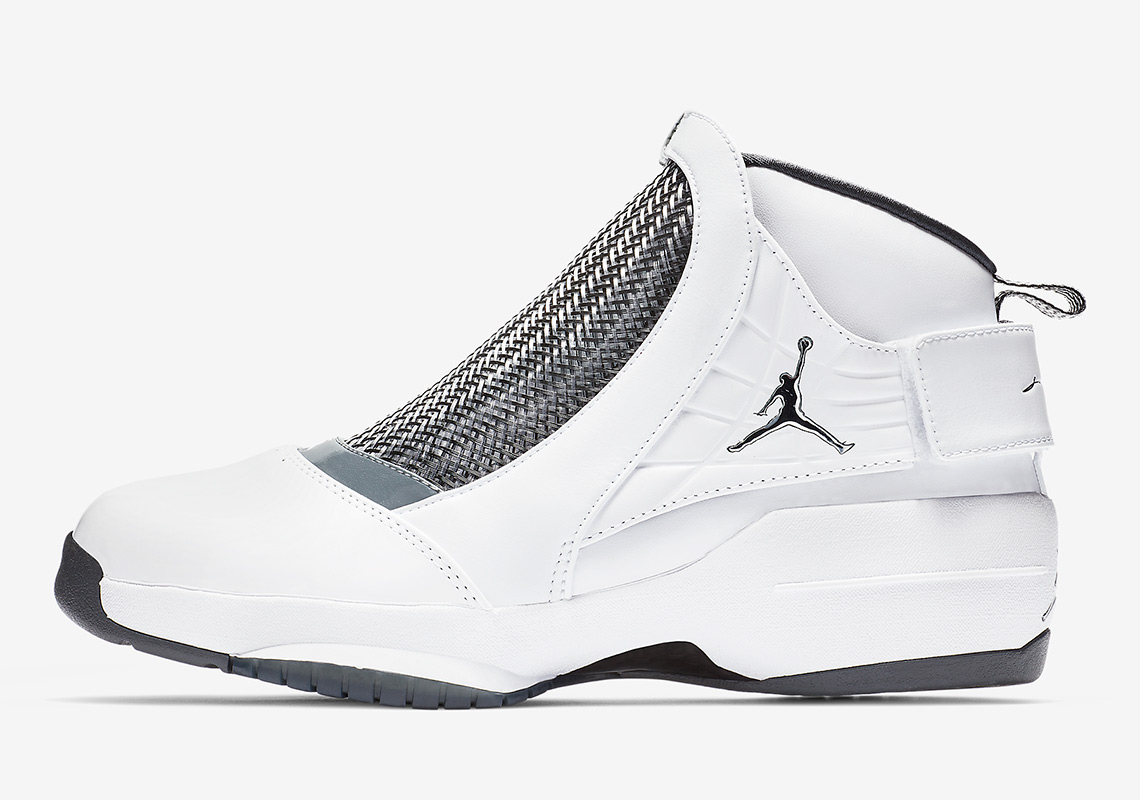 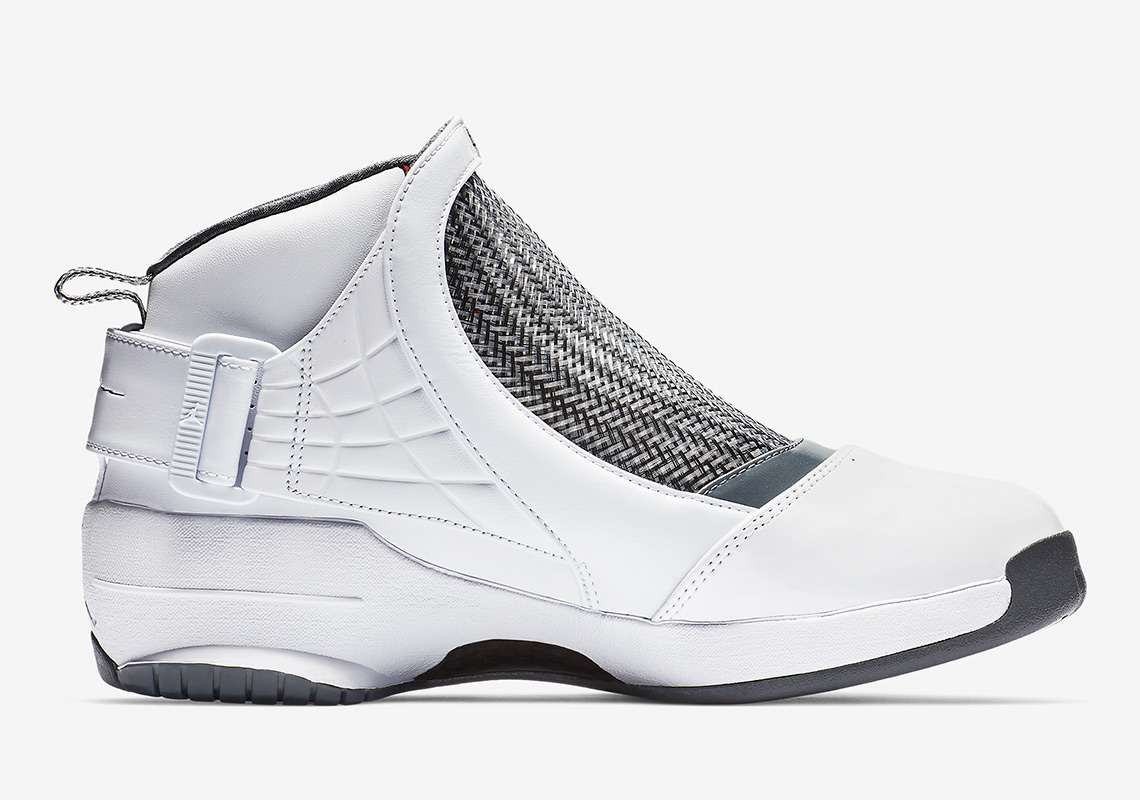 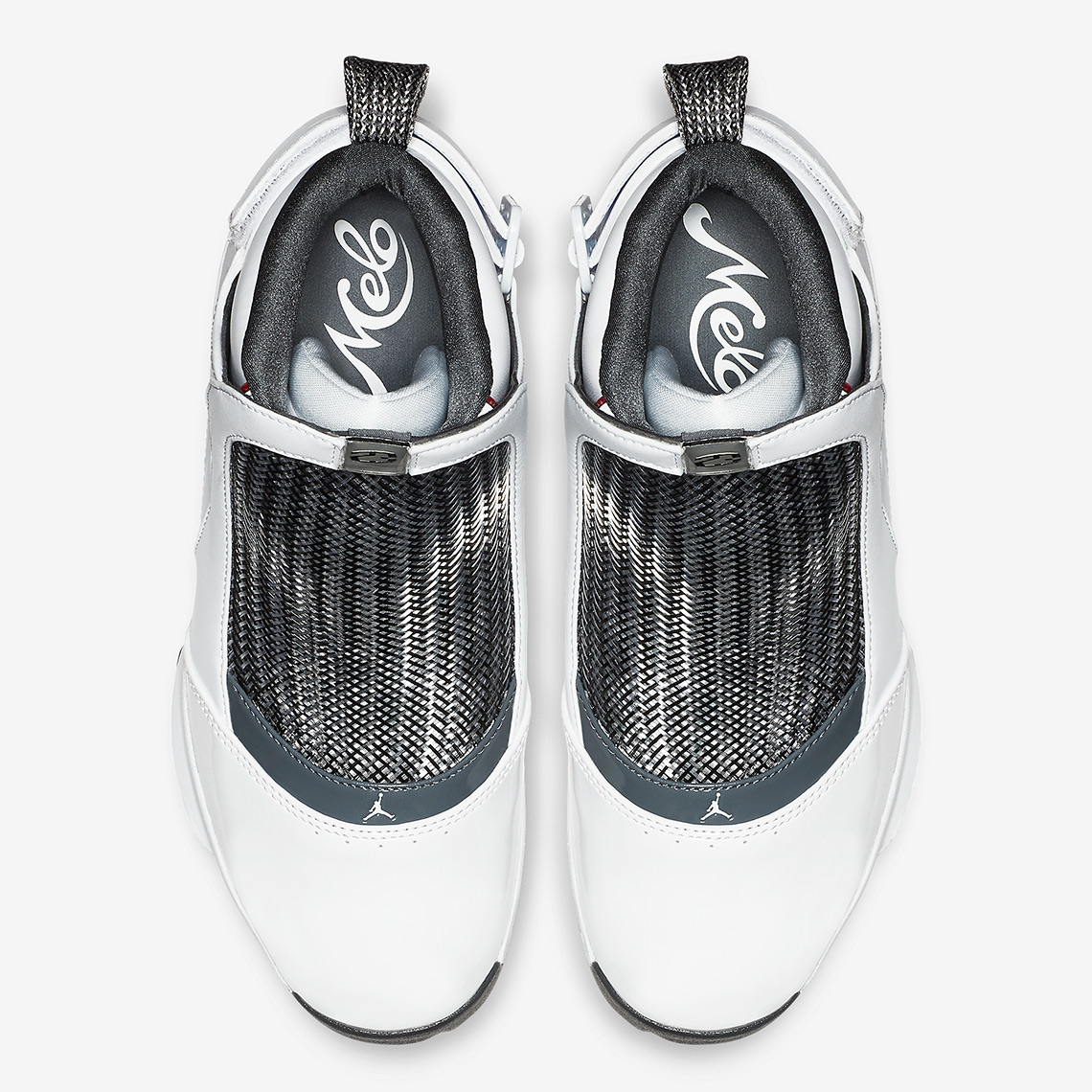 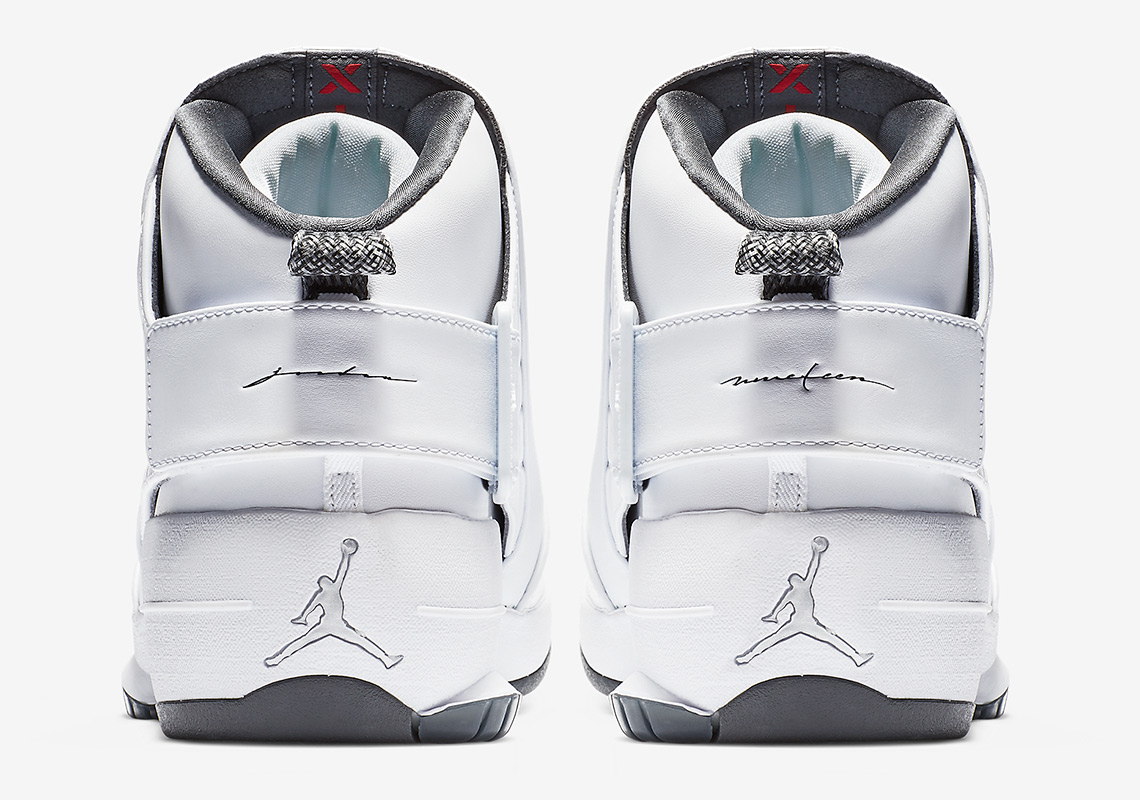 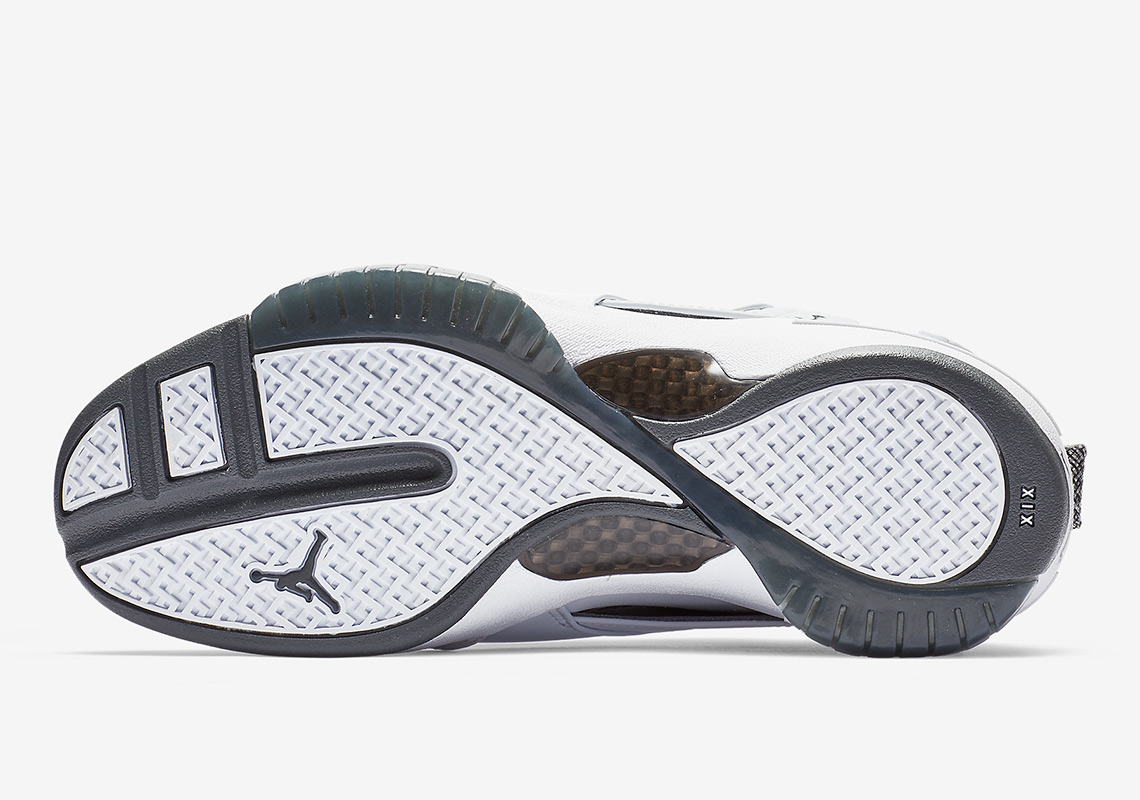