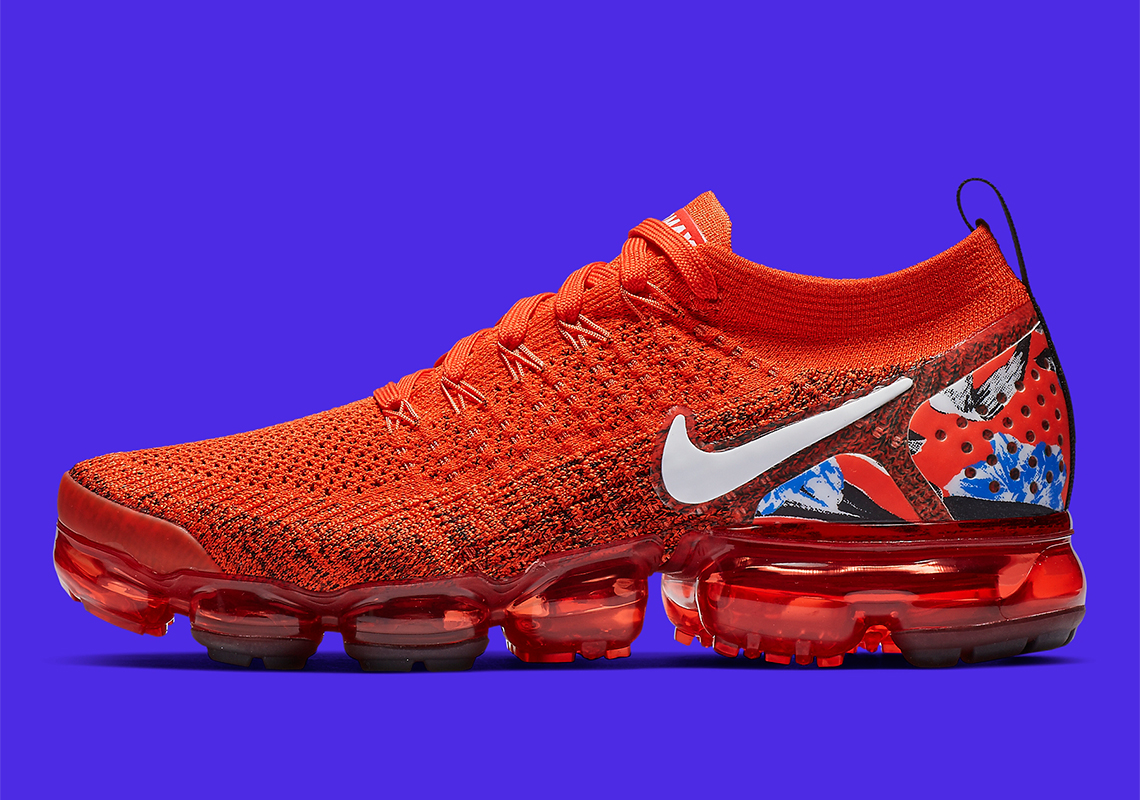 Easily one of the Swoosh Brand’s most popular lifestyle silhouette’s, 2017’s Vapormax has become one of Nike’s most influential models as well, serving as inspiration for numerous hybridized sneakers and other variants. Its sequel – the Vapormax 2.0 – equips a much smaller midfoot check than the original as well as a new-look heel cup that lends to the possibility of graphic designs like you see in this new iteration here. Its Flyknit upper comes adorned in a striking red hue akin to CLOT‘s iconic collaboration, while its heel boasts an abstract floral decal combining of red, blue, black, and white, acting as the focal point of this already-boisterous Vapormax. Its custom insoles usher in a matching look, while its customary heel loop opts for a contrasting black shade in an effort to tone down the offering. Fans of this new, head-turning look can check out a detailed look below and anticipate their arrival on Nike.com and at other retailers in February. 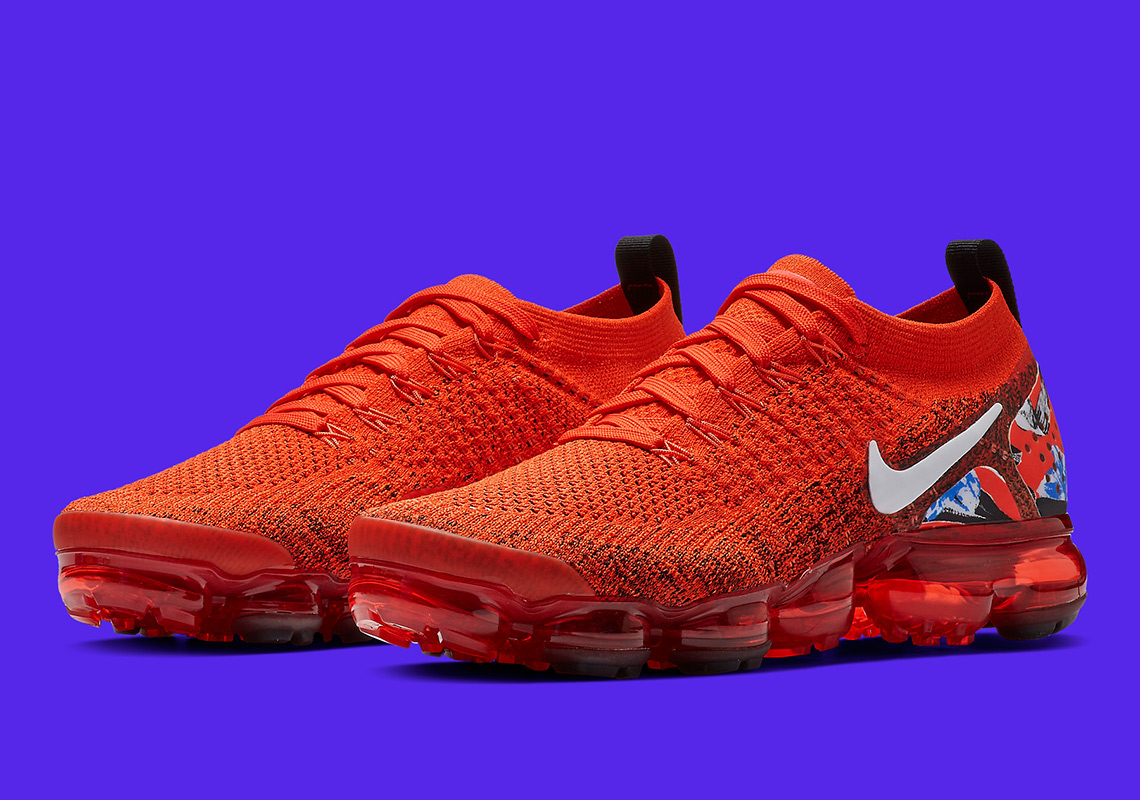 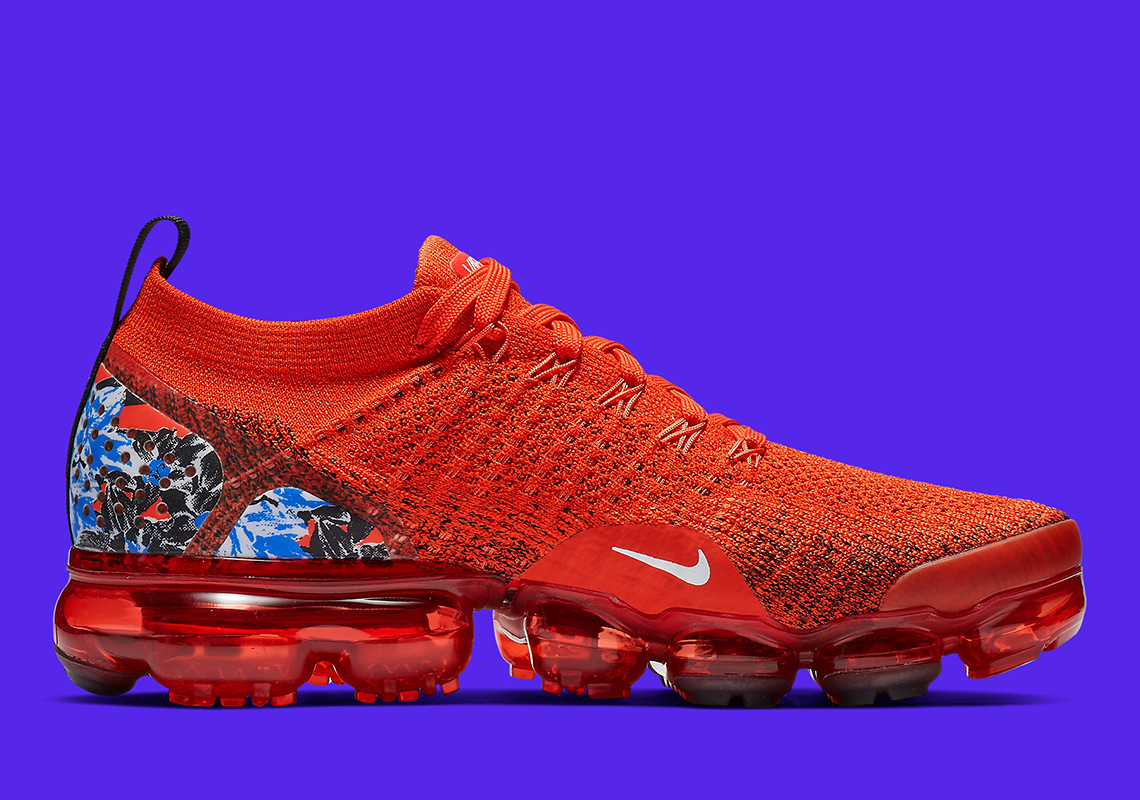 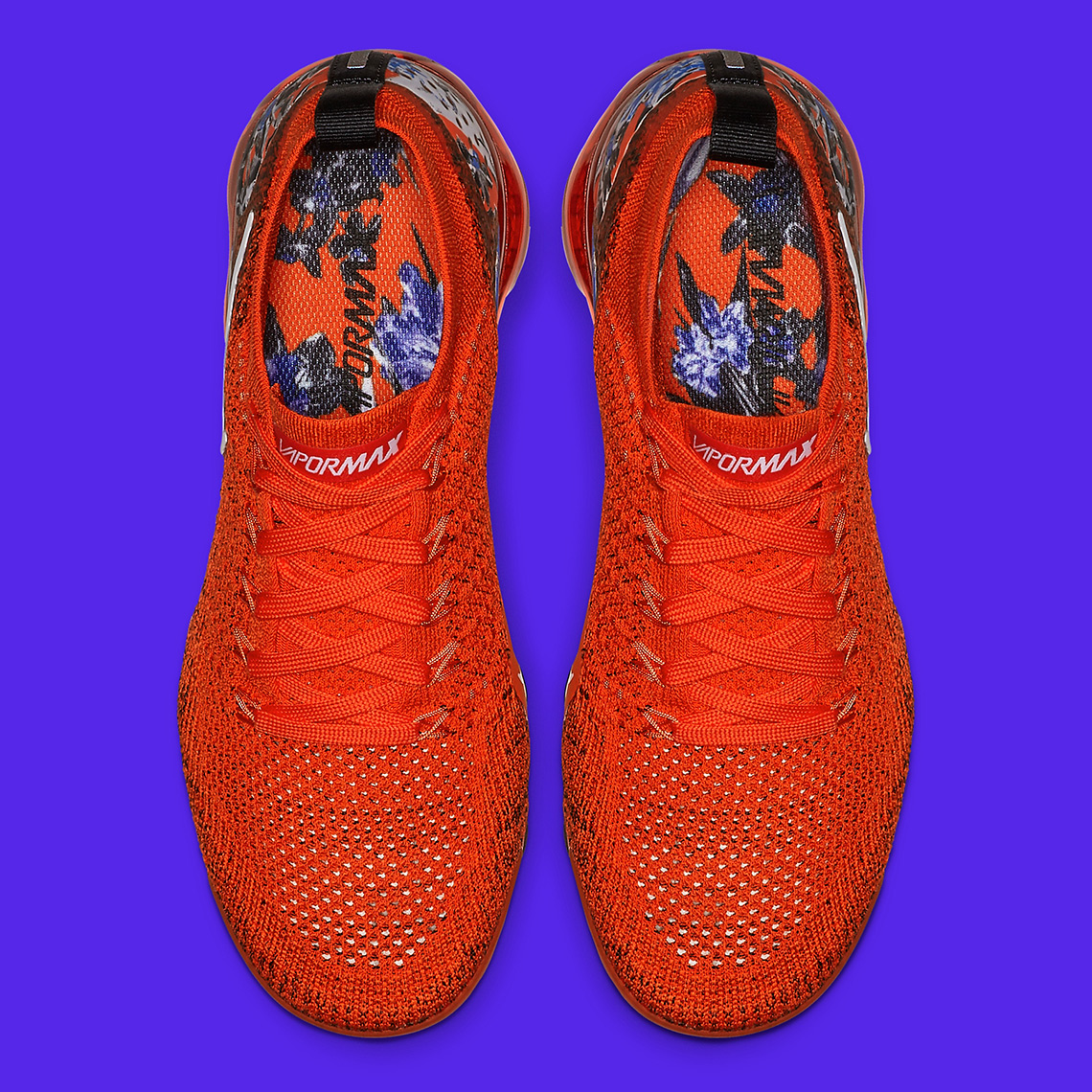 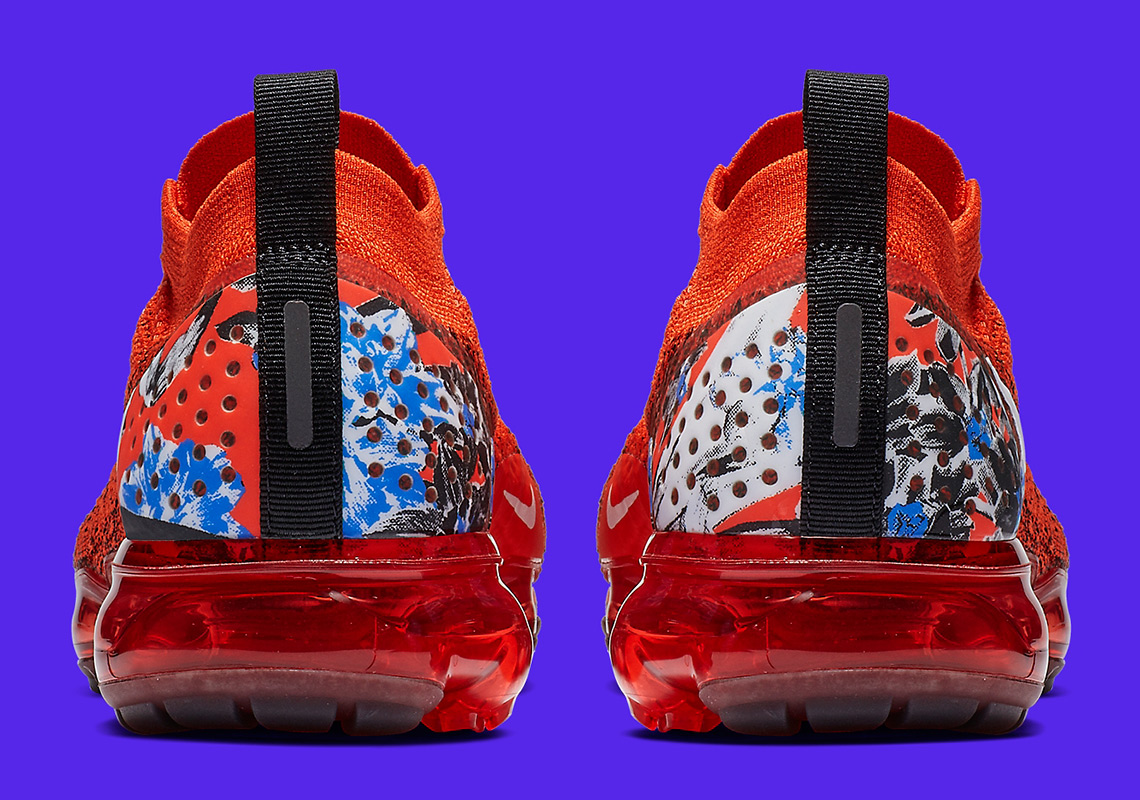 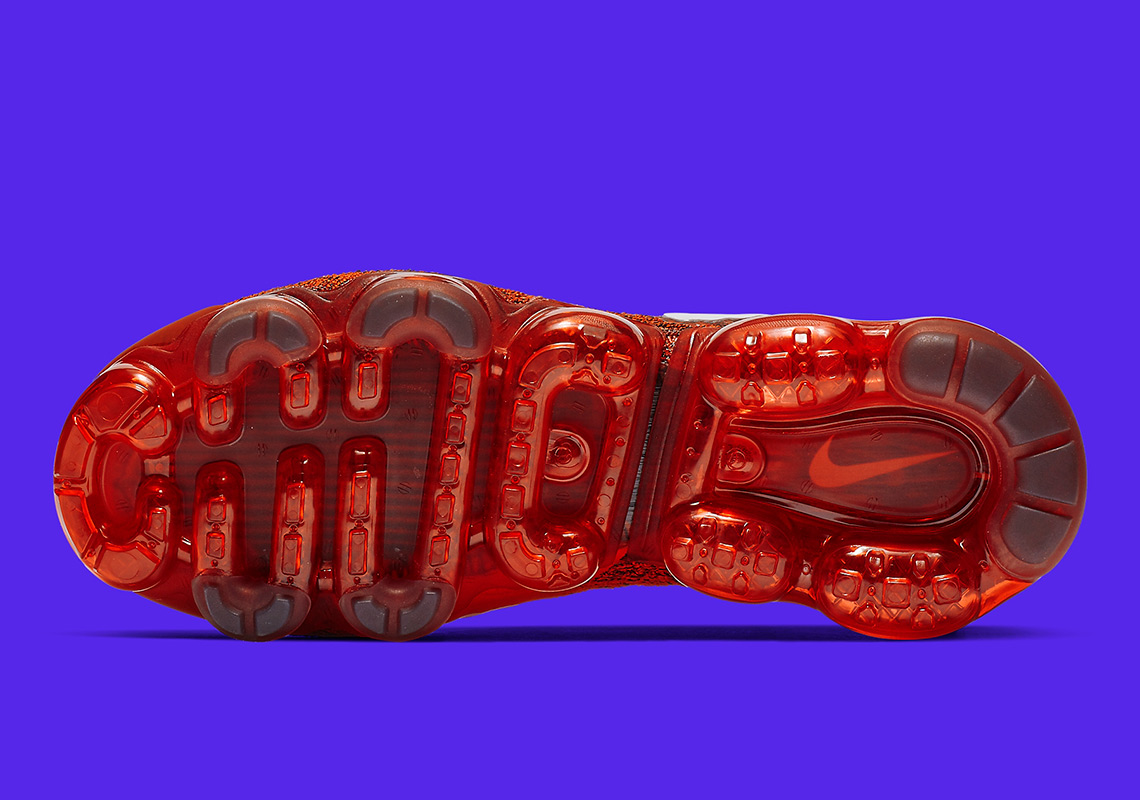