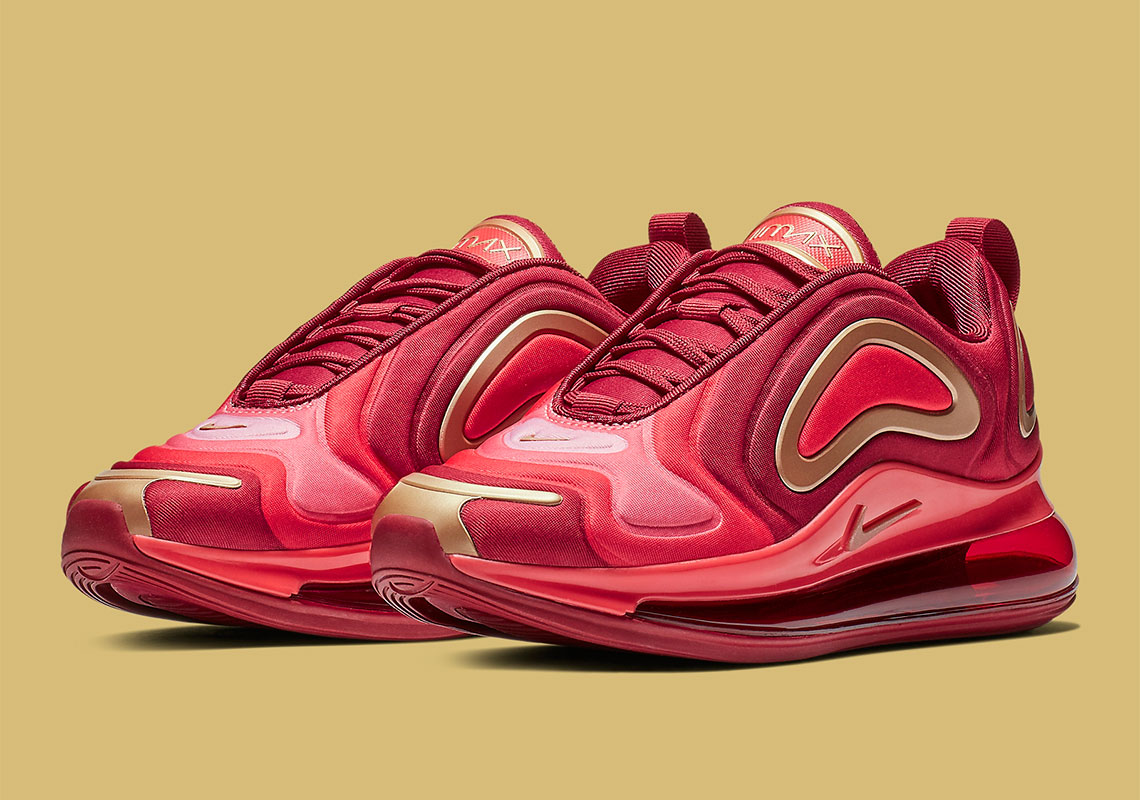 With its gargantuan Air Max cushioning unit and bold upper detailing, Nike’s new Air Max 720 is unlike anything else on the market. Although the 720 is still in the early stages of its life cycle, it’s already surfaced in a sizeable handful of interesting colorways — the latest of which to appear is this new kids-only “Team Crimson” makeup. Using the aforementioned bold red shade as the base and an opulent gold for accents on the overlays, this Max presents a look that’s sporty and stately at the same time. There’s an interesting twist present on the toebox as well: a faint ombre-style fade appears, moving from dark red by the toe cap to an ever-so-slightly tinted white directly below the throat. A large semi-translucent Air bubble then completes the look. These compelling Nike shoes for the children have a release date of February 28th and will retail for $160 USD, so check out a full gallery of official images below while you wait for the drop. 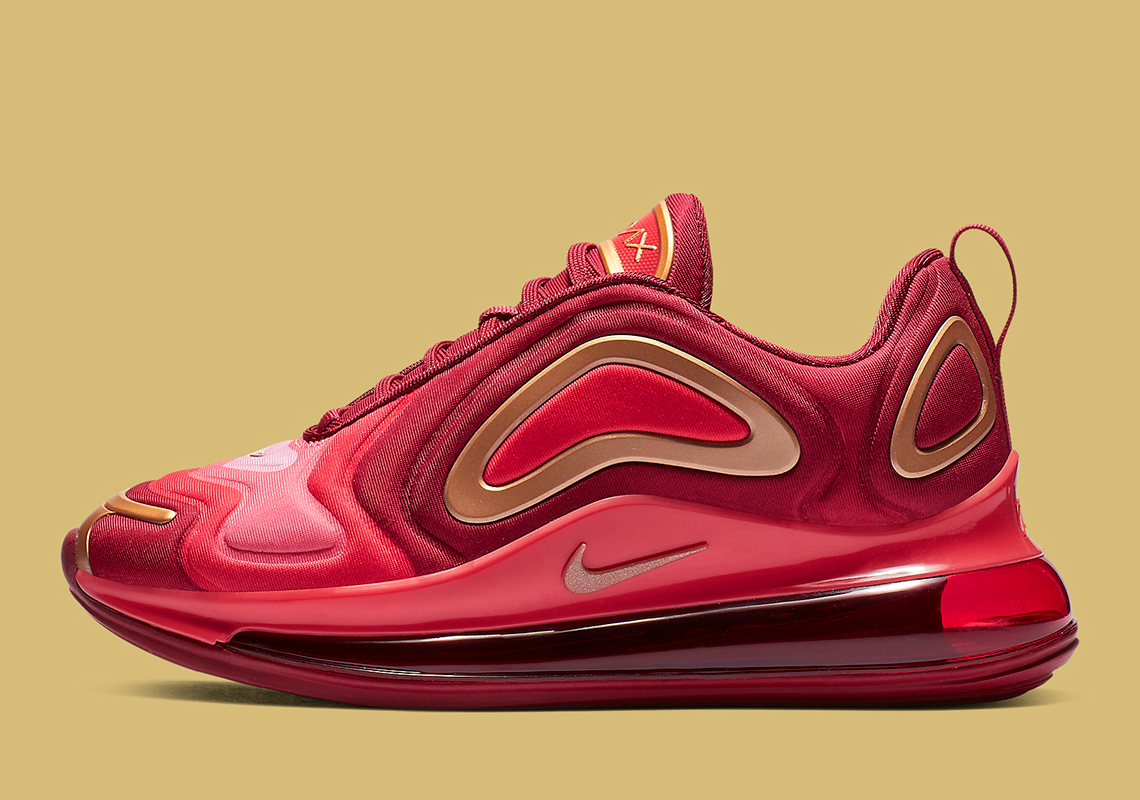 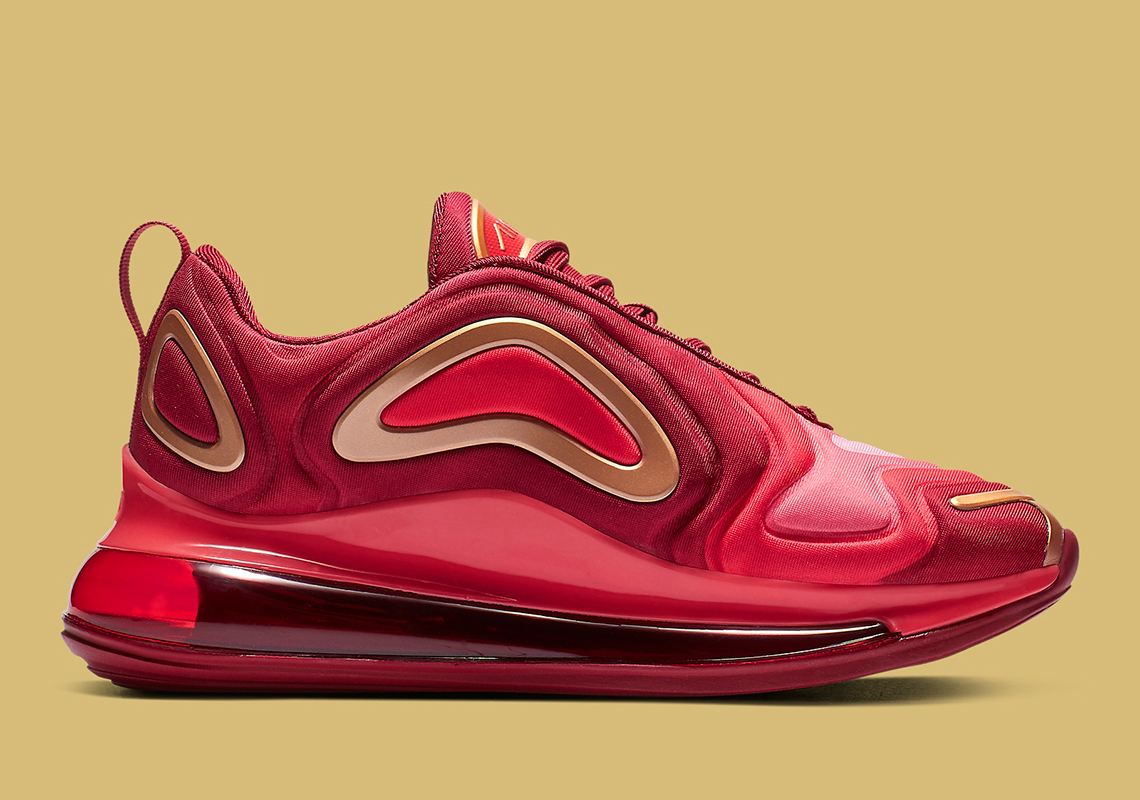 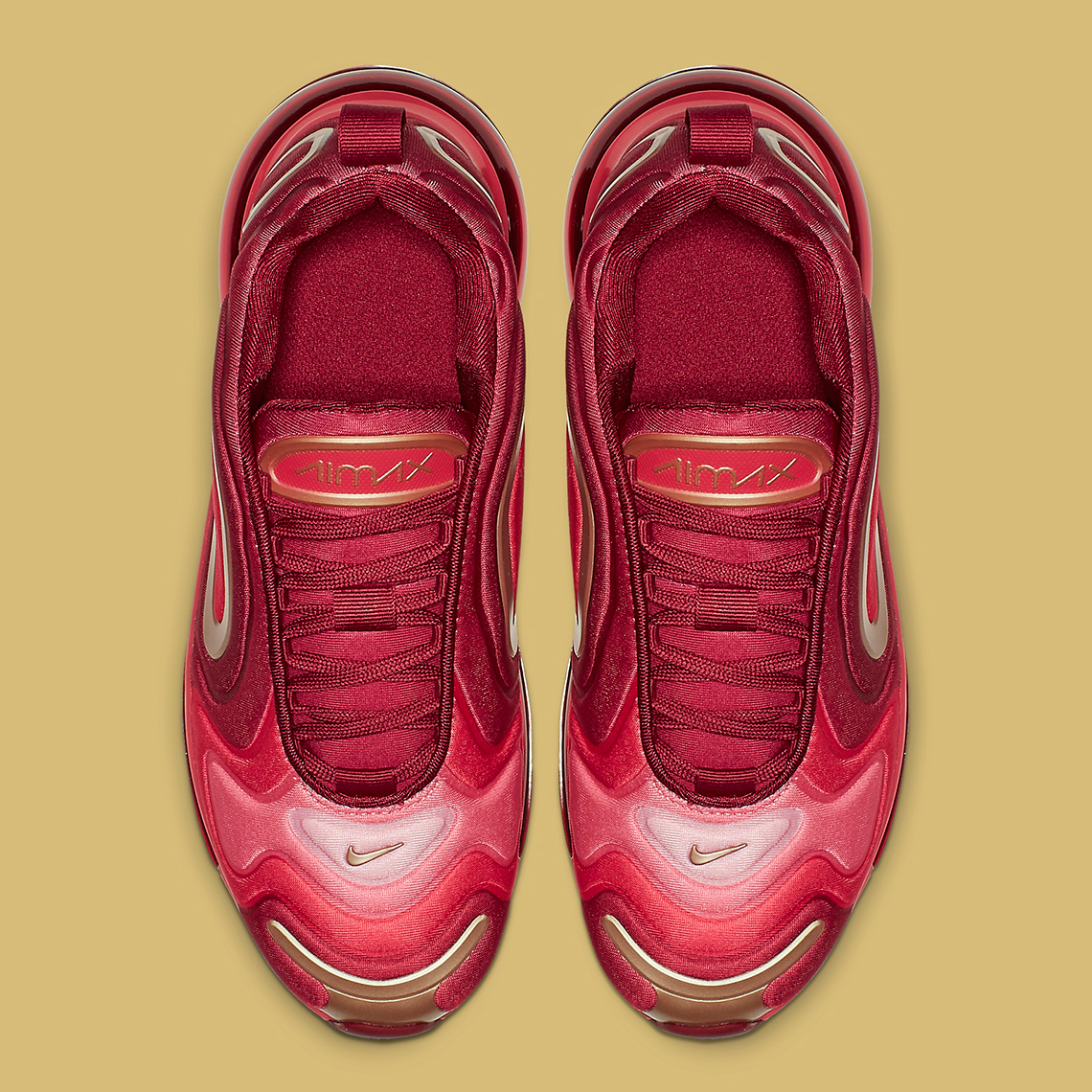 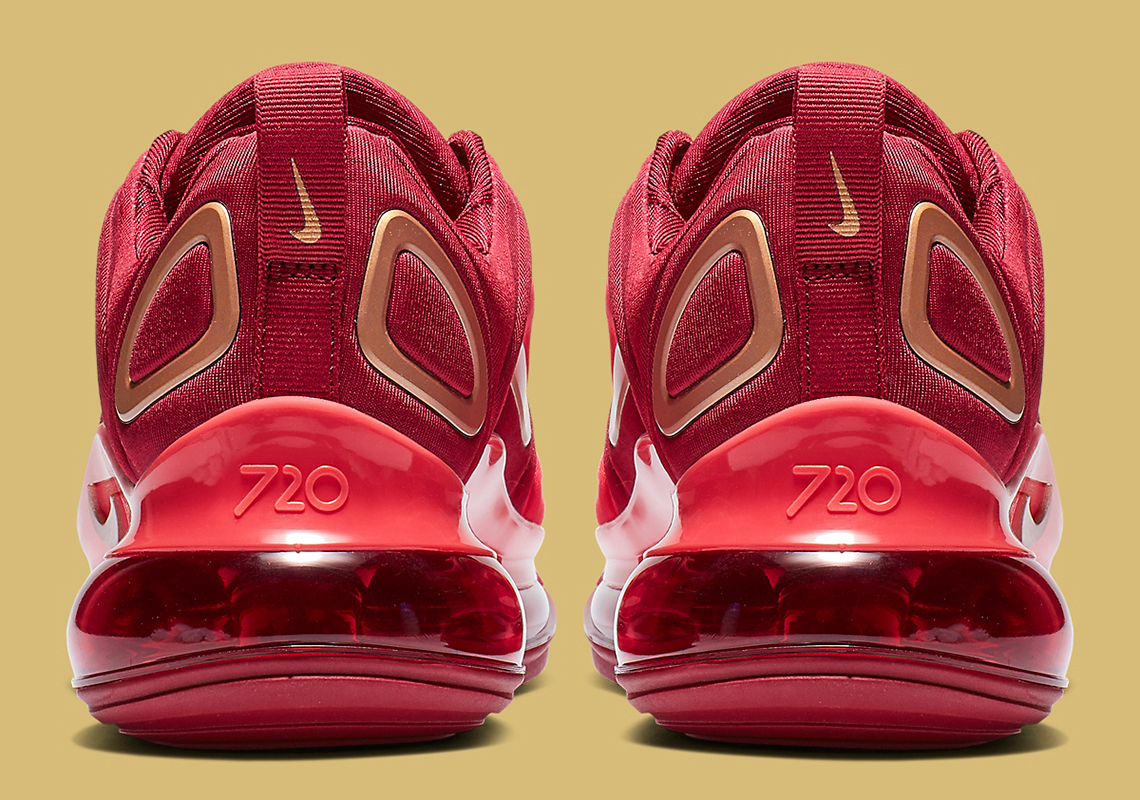 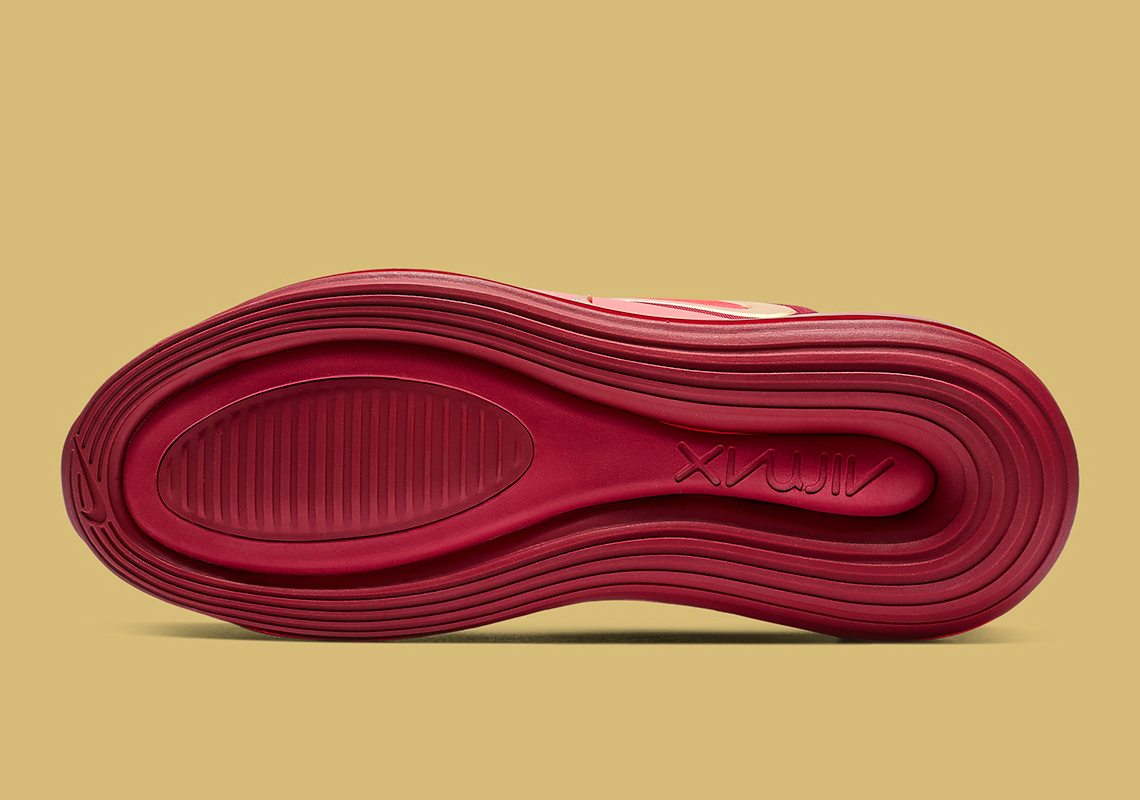