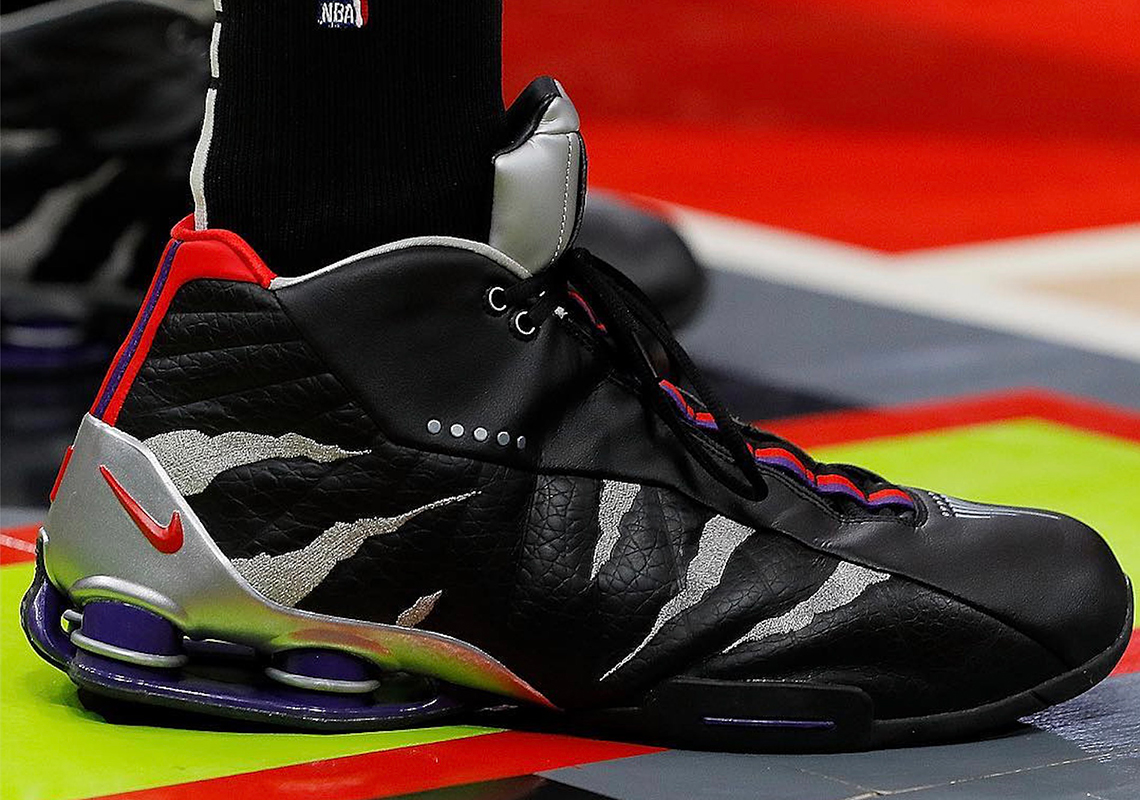 As Vince Carter plays out his 21st NBA season with the Atlanta Hawks he’s sported a number of unique Nike Shox BB4 PEs, the latest of which is this striking “Raptors” colorway. A model that Carter is forever intertwined with — they were on his feet when he lept over 7’1 Frederic Weis for an iconic death-defying dunk in the 2000 Olympics — this new pair pays homage to his days as a freakishly athletic youngster with the Toronto Raptors in the ’90s/early ’00s. Drawing from the team’s uniforms of that time period, the shoes accent their black base with Raptors-colored purple, red, and silver accents. For an extra-special touch, they also feature shimmering jagged raptor claw embellishments. With rumors swirling that this may be Vinsanity’s final season, it’s likely he’ll break out many more special PEs before the year ends — so be sure to stay tuned to see what’s next. 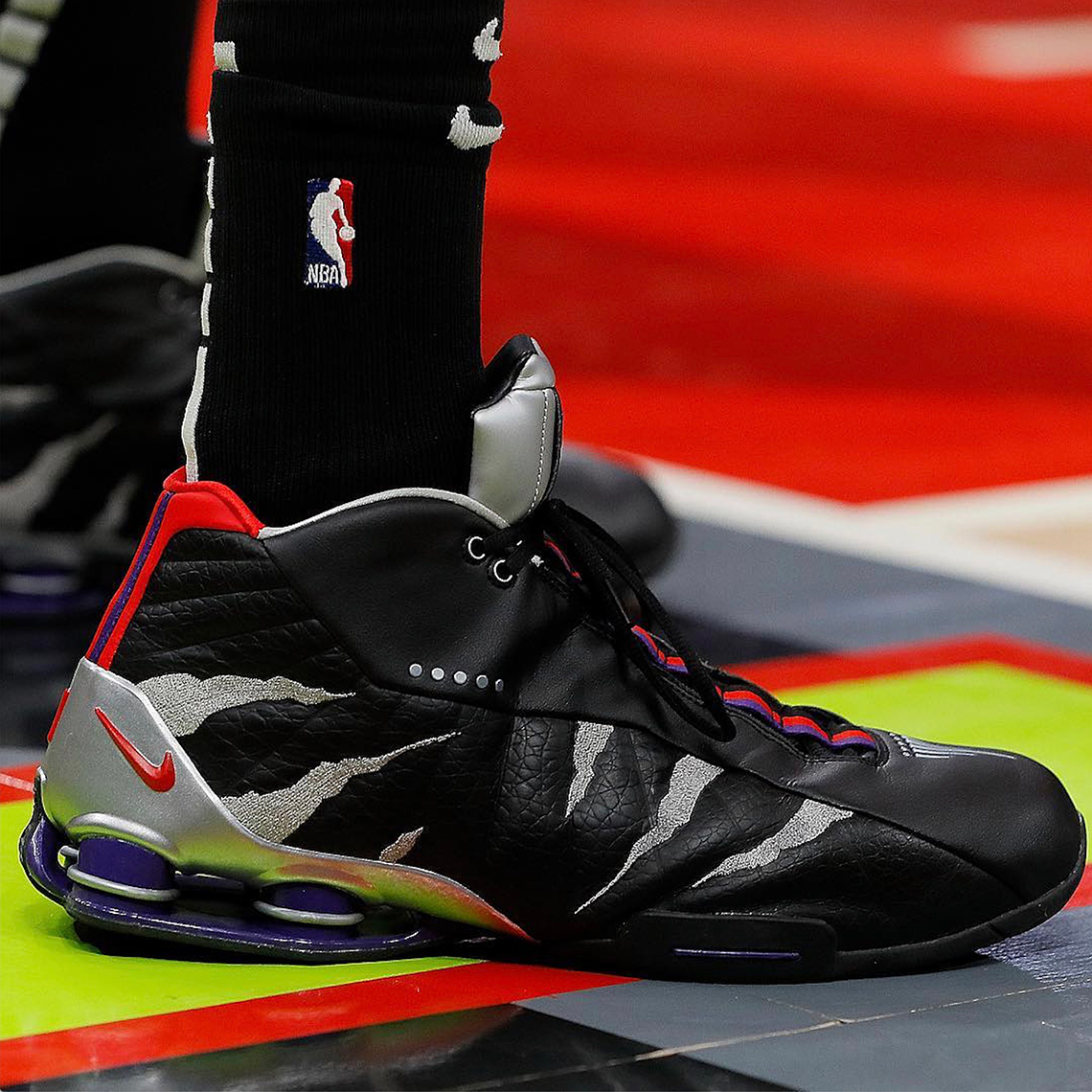