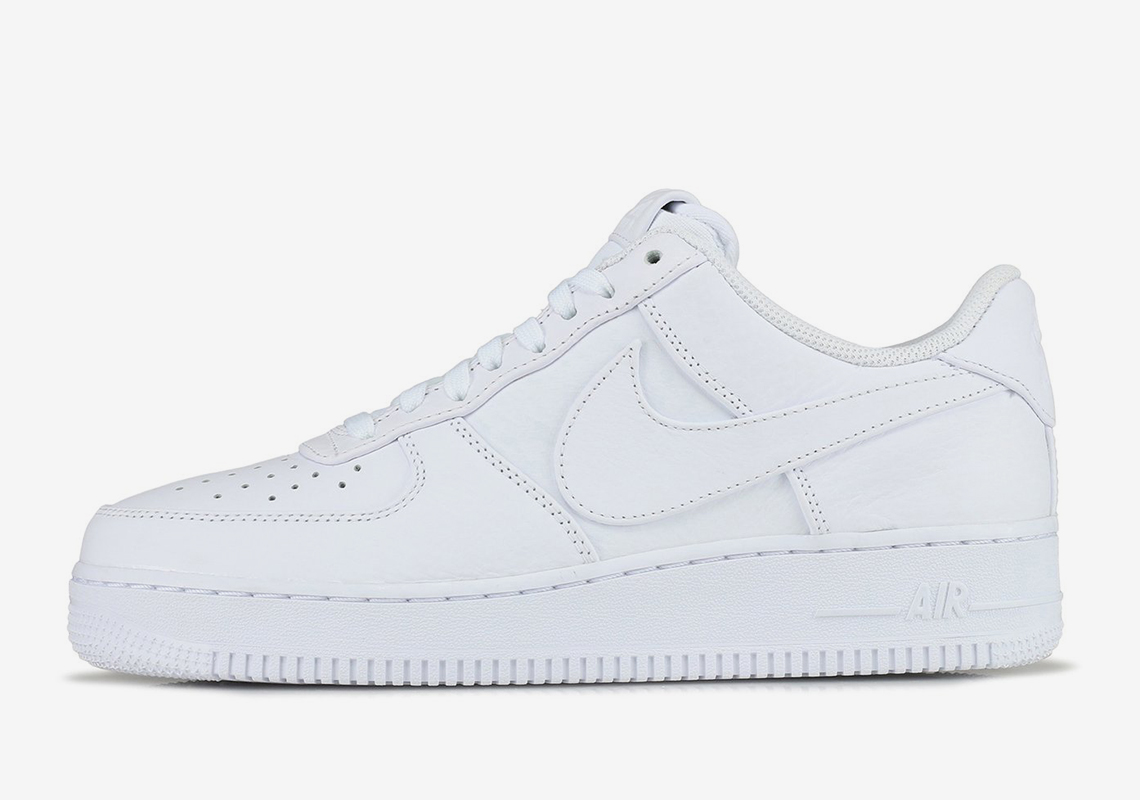 The all-white Nike Air Force 1 Low is more than just a shoe: it’s a veritable cultural icon. One of the Swoosh Brand’s best-selling, most recognizable, and most influential silhouettes, it’s garnered thunderous acclaim from a smorgasbord of subcultures. Although it’s been said that you don’t want to mess with a classic, a new premium leather take on the all-whites has surfaced — and it features a compelling embellishment: oversized Swoosh logos. Due to the monochromatic color palette, you’d be forgiven for mistaking this as a plain white-on-white at a brief glance, but closer inspection reveals that the Swoosh is indeed super-sized, taking up a vast majority of the real estate on both the lateral and medial quarter panels. Less noticeable tweaks are also present on the heel and tongue, with the normal style of Nike Air branding o replaced by debossed leather accents. If you like the updated look, you can check these Air Force 1s off your shopping list via the retailers below for $130 USD. 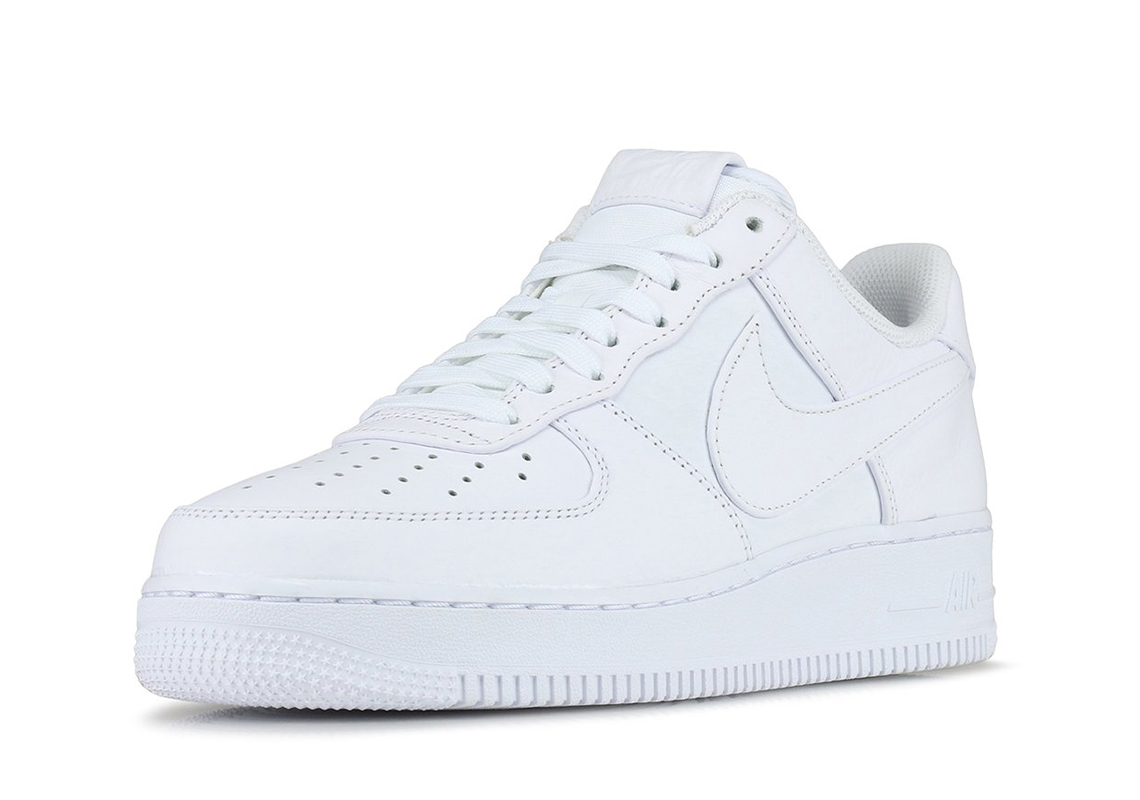 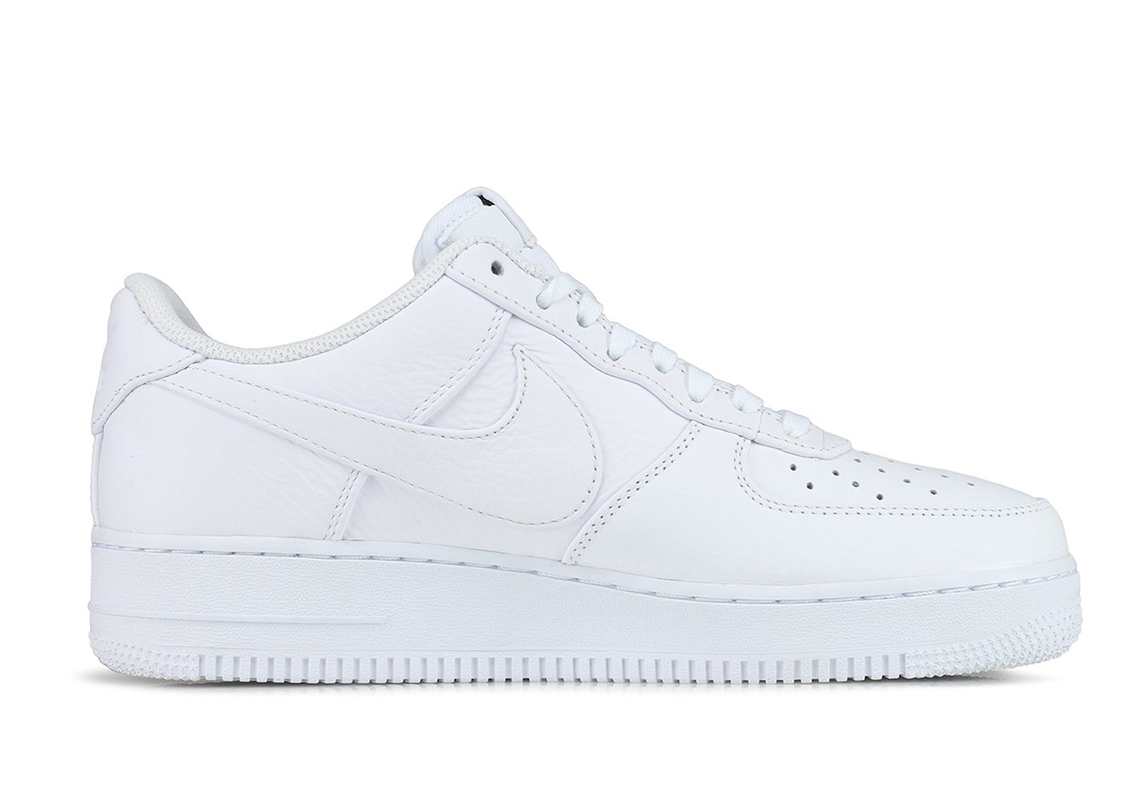 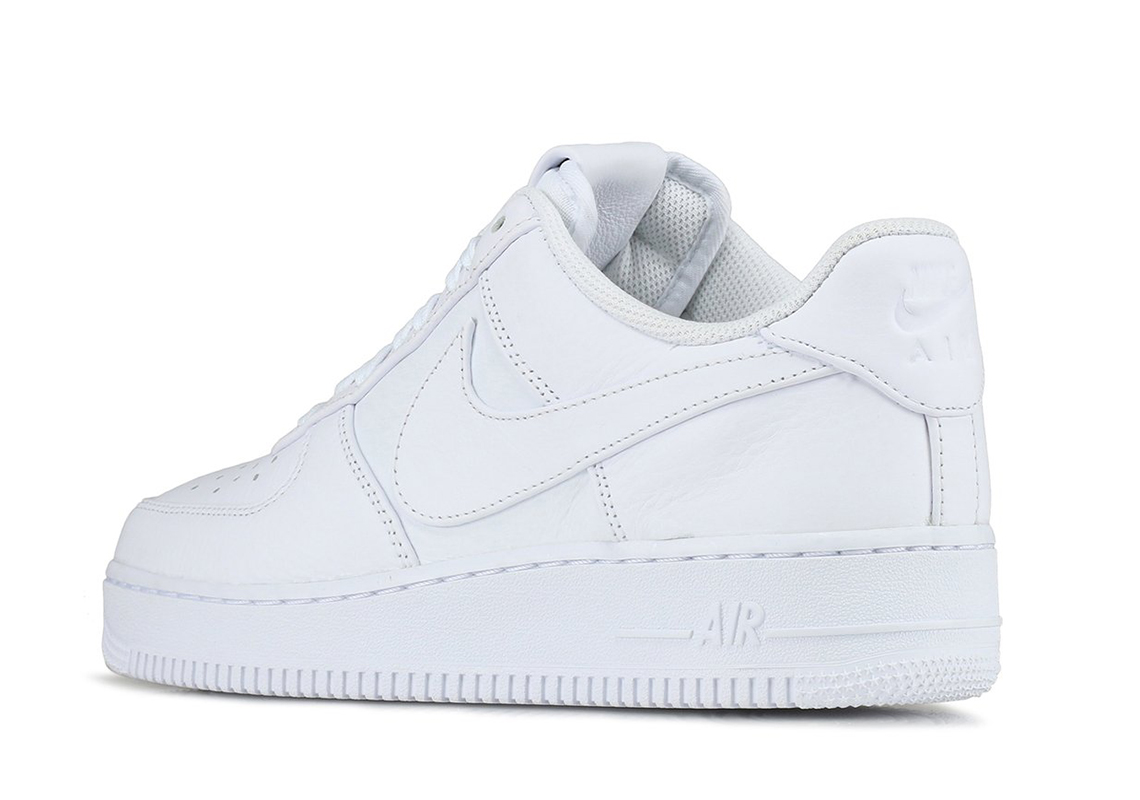 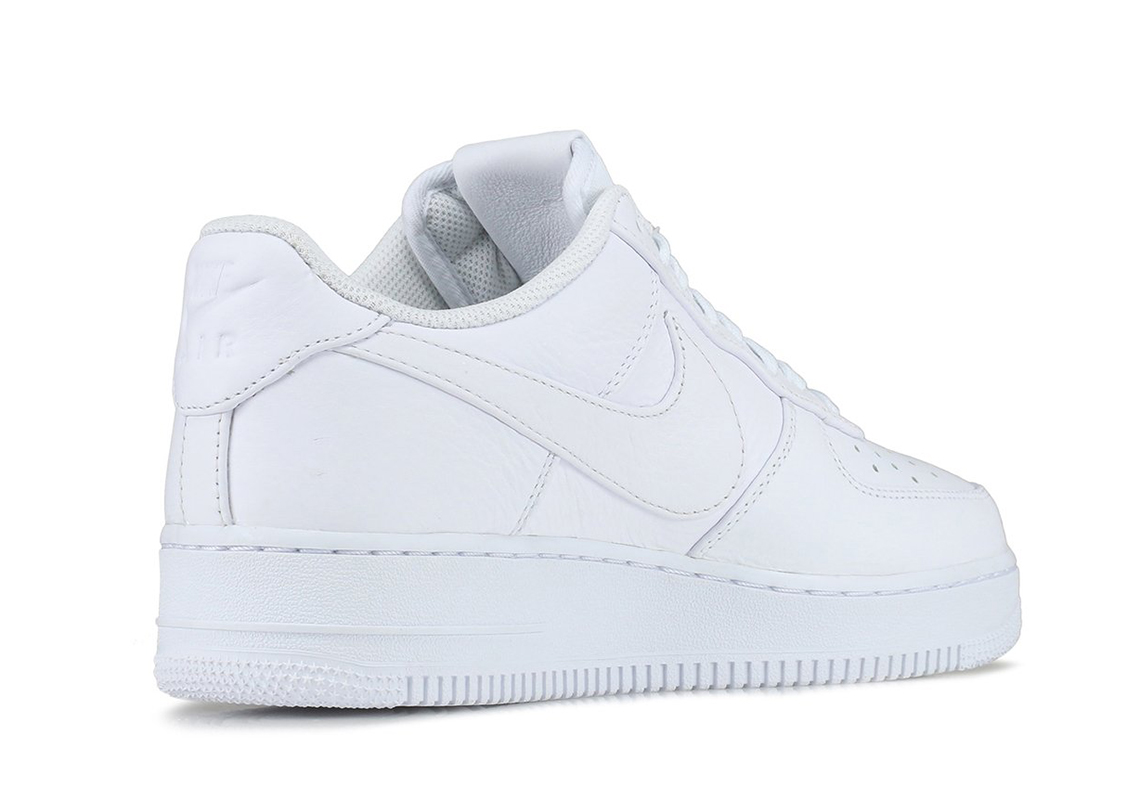 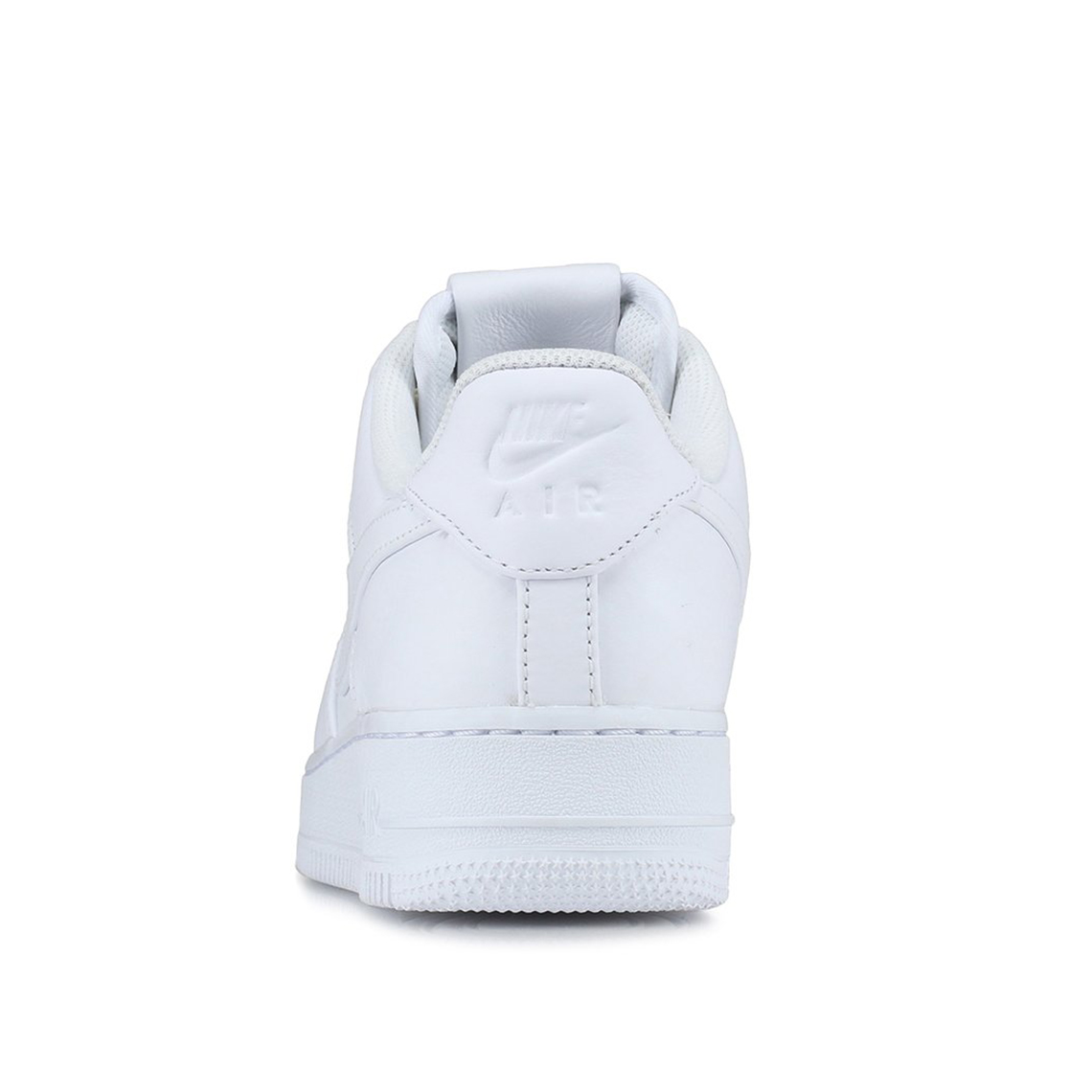