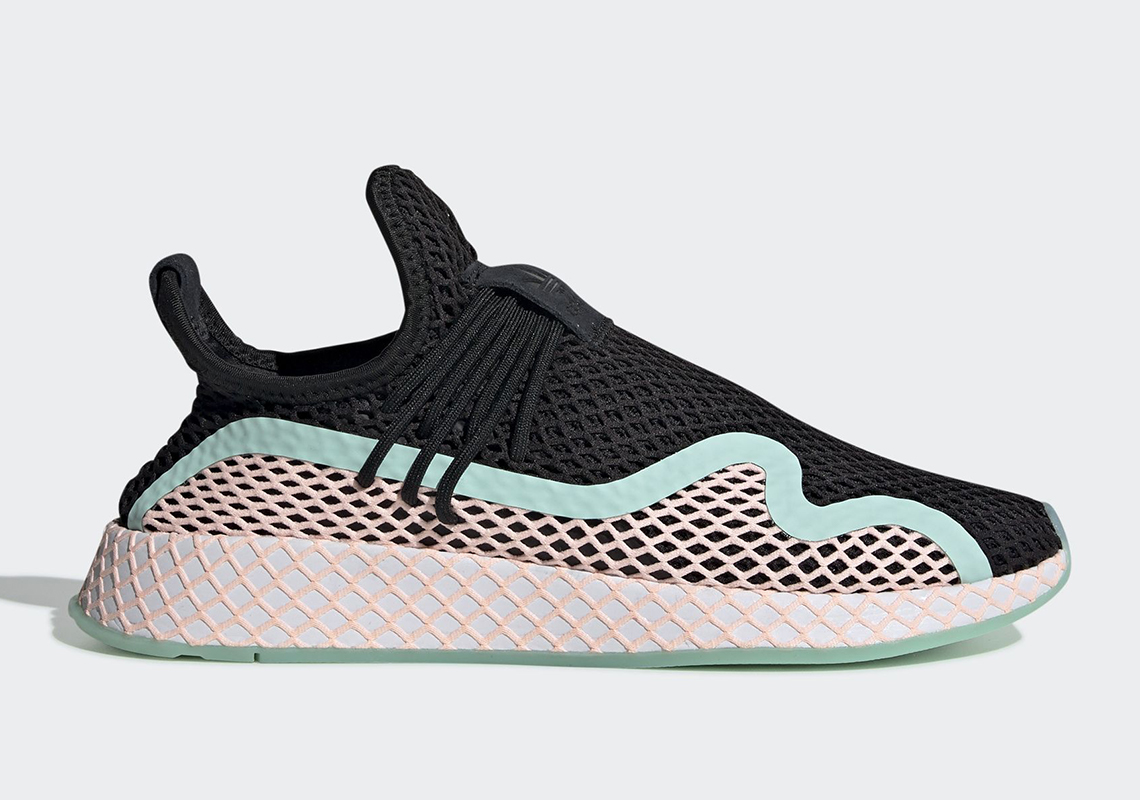 With adidas Originals beginning the rollout of their spring lineup in earnest over the past few weeks, we’ve seen many new colorways of everything from the Continental 80 to the Yung 96, and now a new take on the Deerupt S has surfaced, complete with colorful overlays. Although the Deerupt S borrows the webbed netting from its similarly styled predecessor, it’s vastly different in many other ways, featuring a new-style collar, a lacing system that’s reminiscent of Pharrell‘s adidas NMD Hu line, and a midfoot stripe with a shape that pays homage to the Ultra Tech. From a color standpoint, this new pair combines palettes that seemingly nod to both winter and spring: the former arrives via the generous dose of black mesh on the upper, while the latter is provided by the light orange mesh on the lower half/the mint green detailing that’s prevalent on both the “mudguard” and the outsole. A white midsole with special branding towards the medial heel then completes the look. Check out a full set of official images below, and expect a release on adidas.com in the coming weeks for $110 USD. 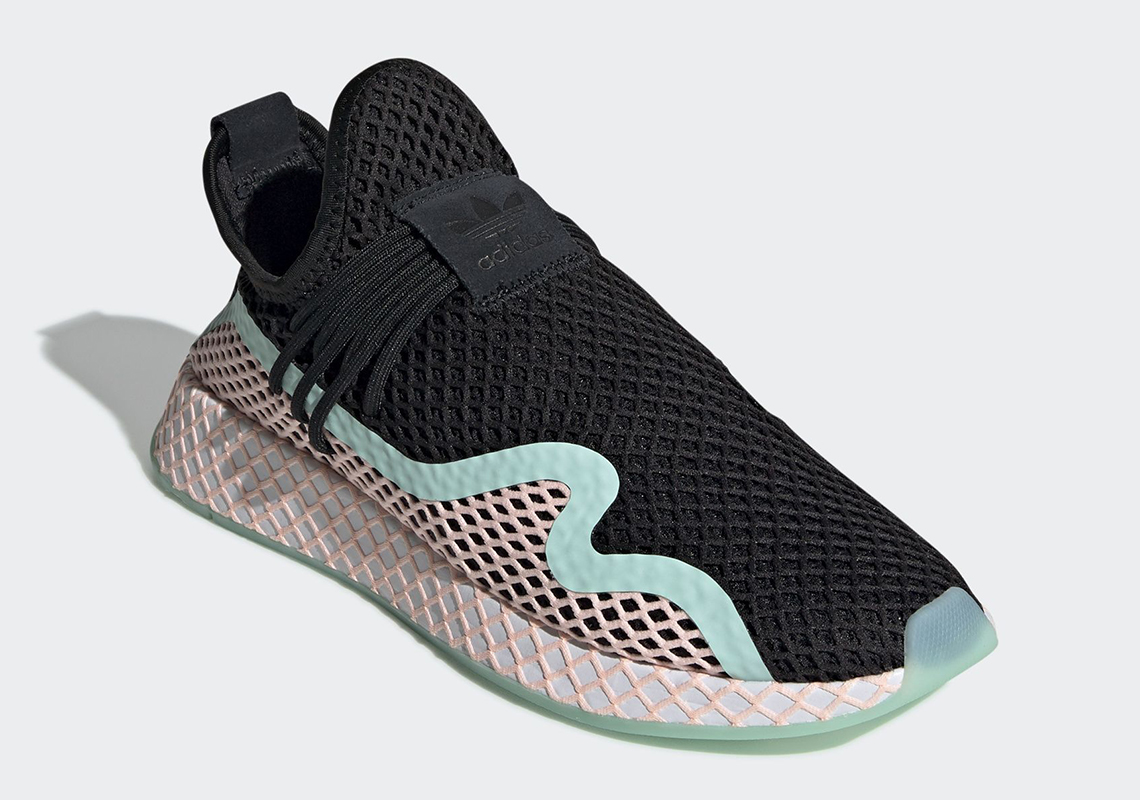 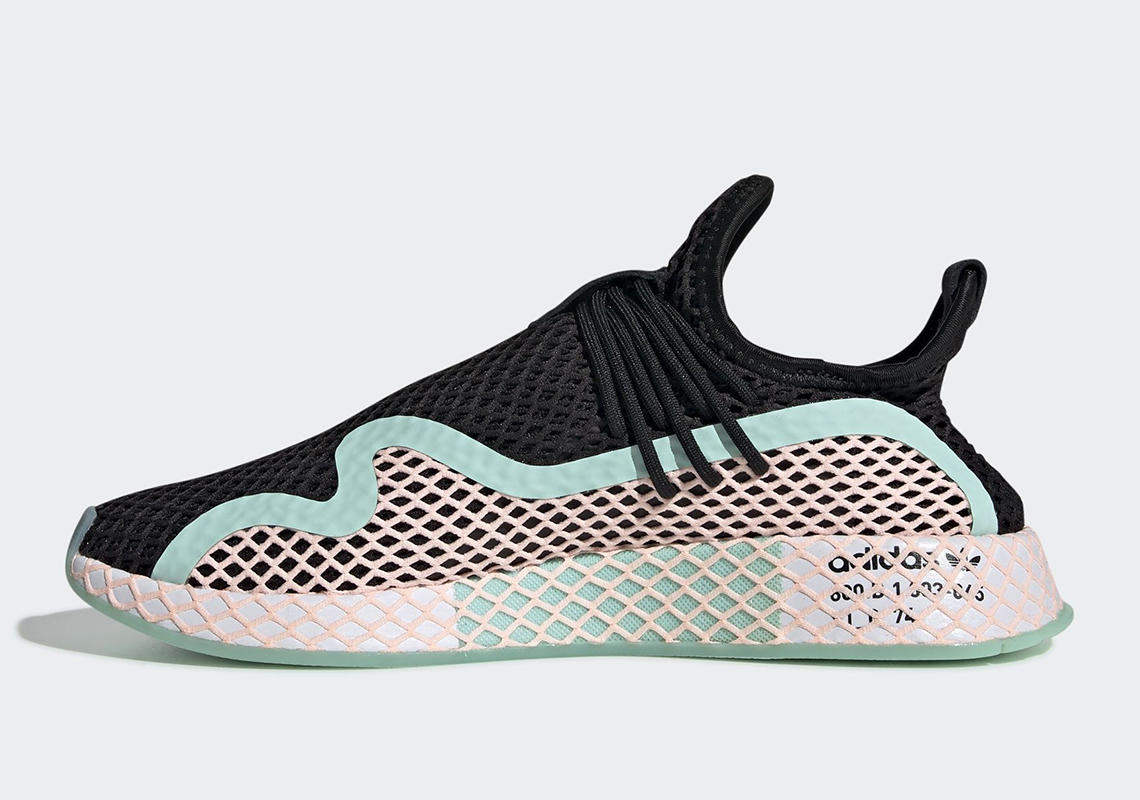 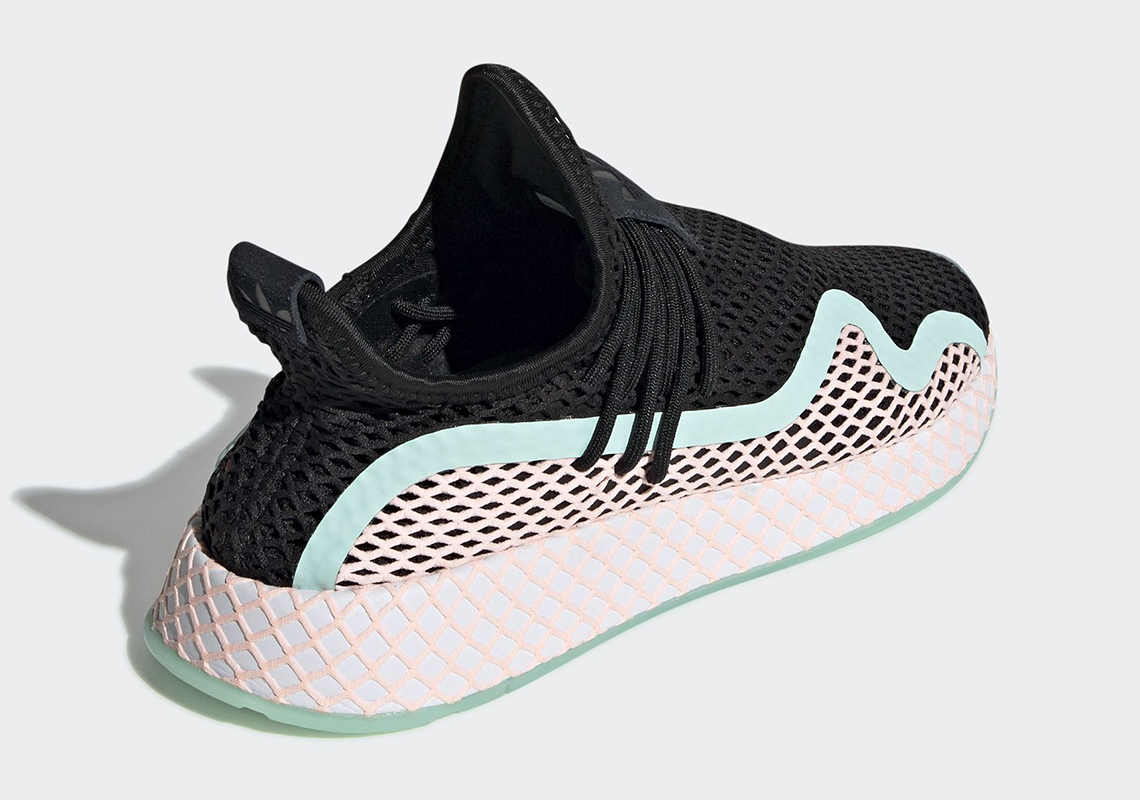 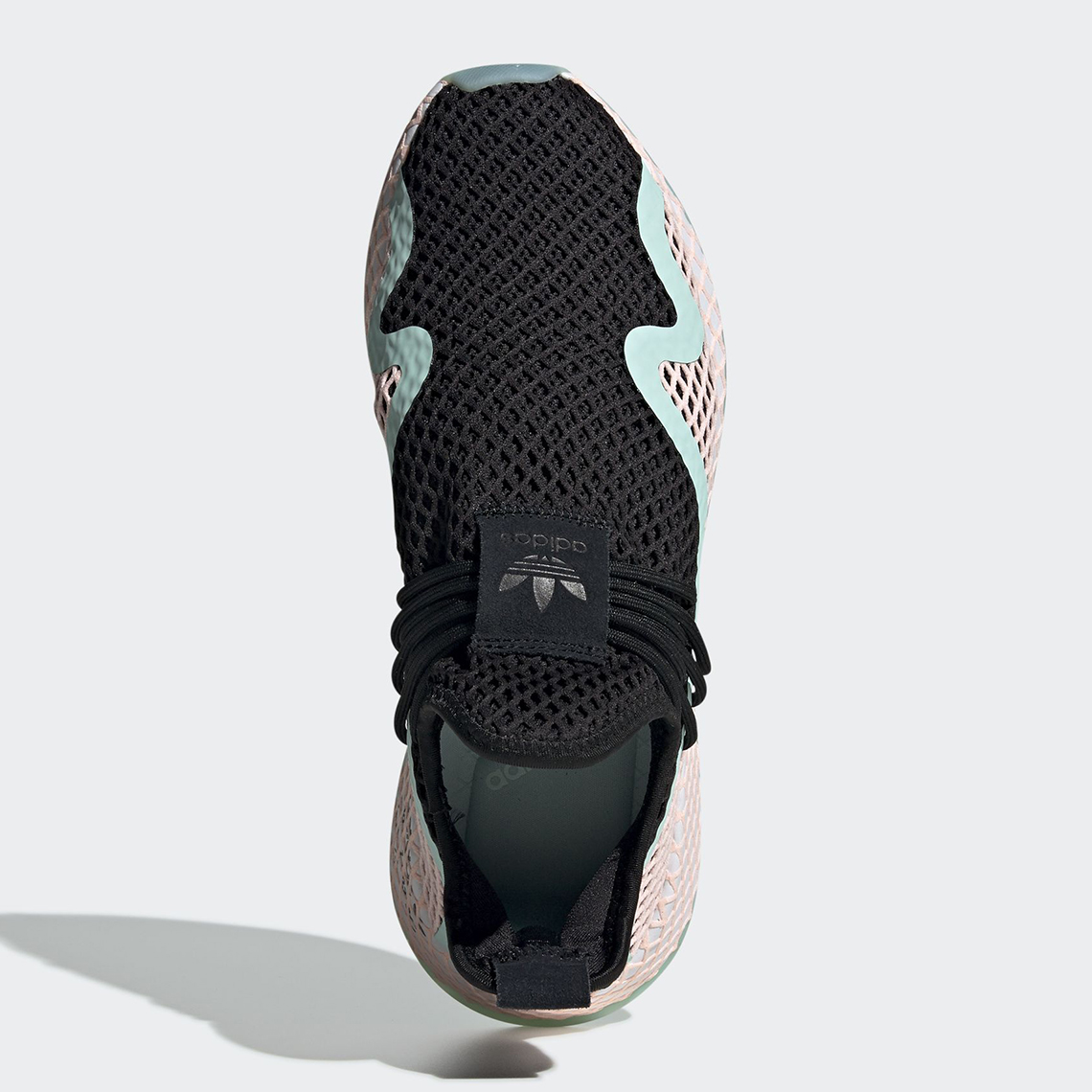 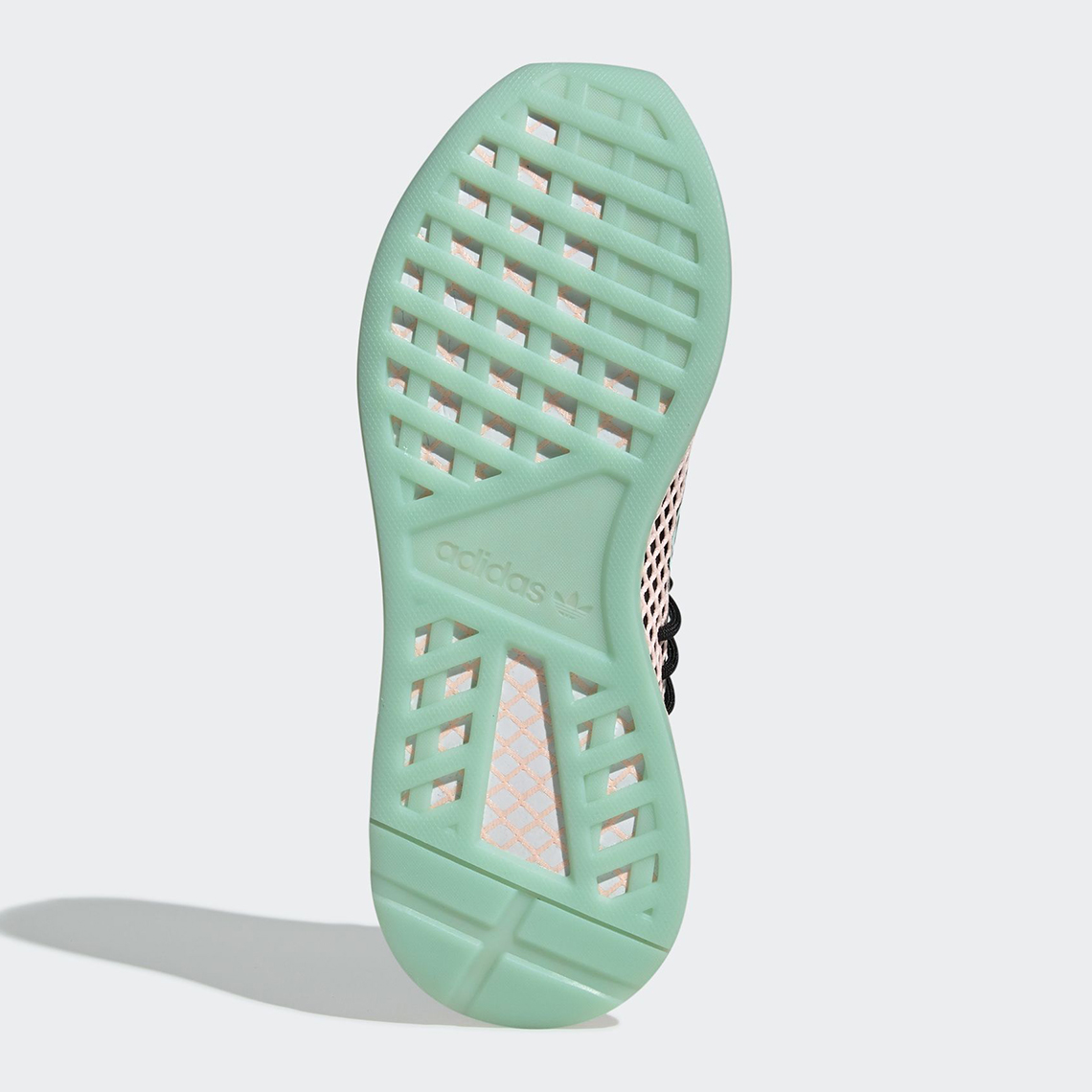