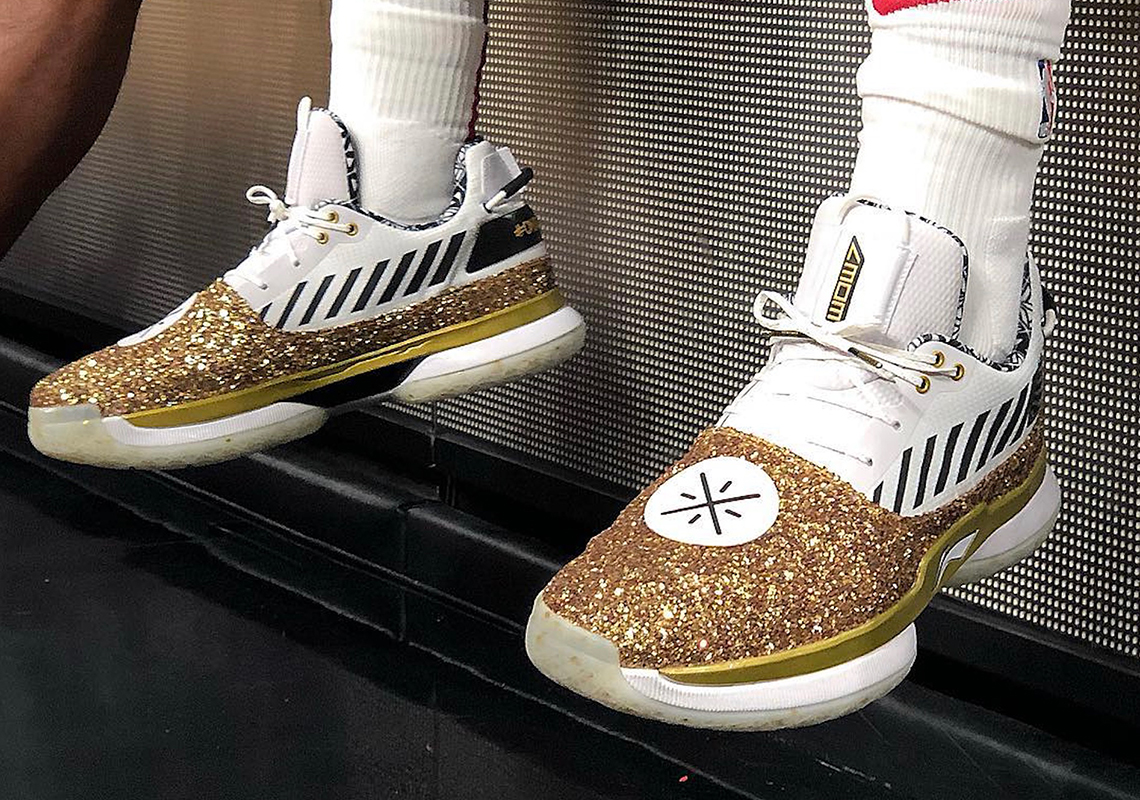 It was truly the end of an era in Miami last night, as Dwayne Wade stepped onto the court at the American Airlines Arena for his final home game as a member of the Miami Heat. Thankfully, Wade’s flair for the dramatic has not diminished in the slightest over his nearly two decade-long career: he wore two special #OneLastDance PE versions of his Li-Ning Way Of Wade VII while helping lead his beloved Heat to a 23-point victory over the Philadelphia 76ers.

D-Wade made his appearance in a pair that boasted glittering championship-esque gold accents on top of a white and black base, and sported that style for warm-ups and the first three quarters of the game. However, in the 4th quarter, the surefire first ballot Hall Of Famer opted to add a little extra sauce to an already-memorable evening, switching to a vibrant red pair that featured the same glistening accents in a crimson shade on top of a South Beach-esque midsole. Each makeup also featured his #OneLastDance hashtag on the heel.

With the special sparkling shoes on his feet, Wade put in a farewell performance worthy of a champion, dropping 30 points and making his signature leap onto the scorer’s table at the end of the game. This victorious hop later caused him to joke on Twitter that he’d received another reminder it was time to retire, as he banged his knee on his way up. Neither shoe will release to the public as they’re both 1-of-1s for the man himself, but you can check ’em out both right here, and stay tuned for more info on other special NBA footwear. 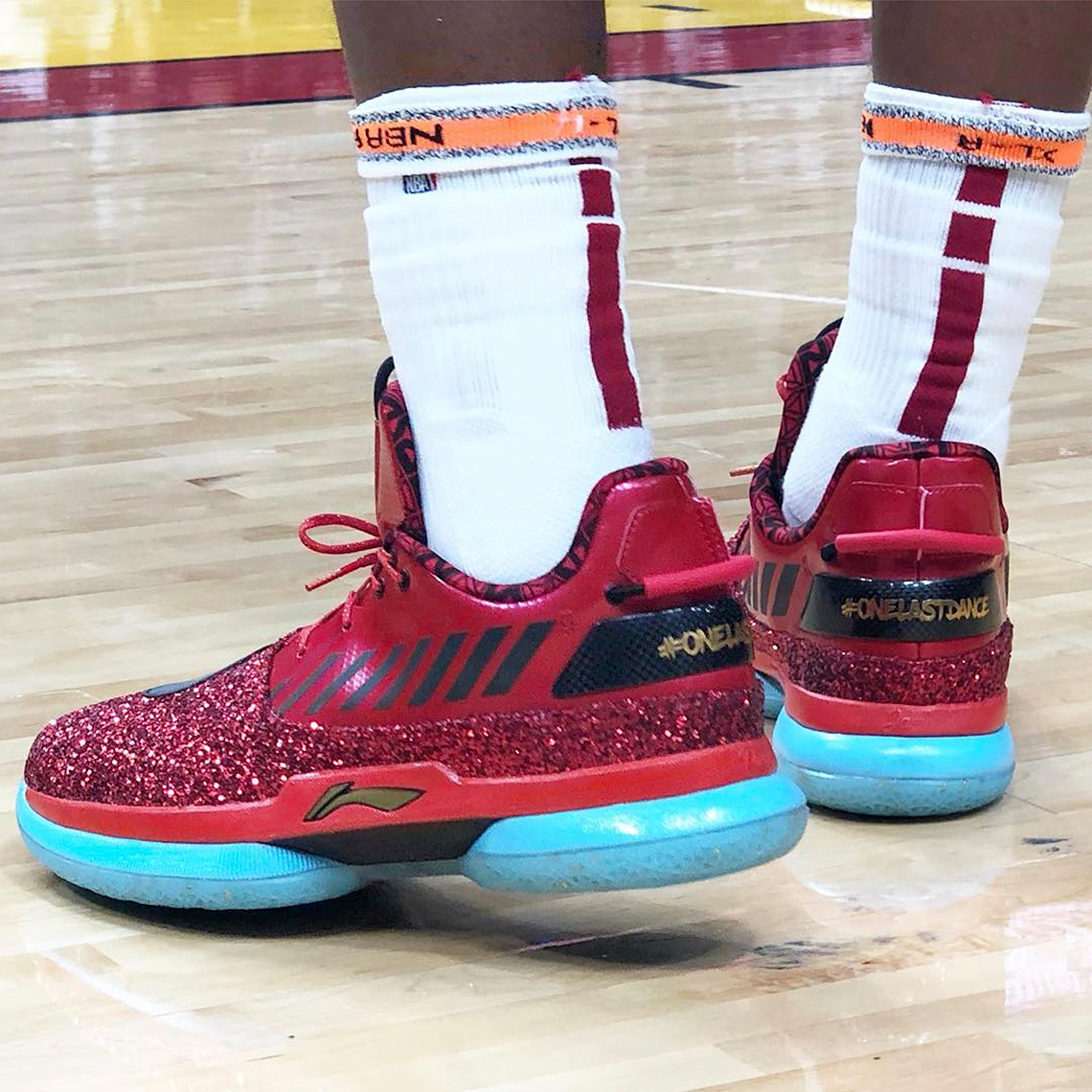