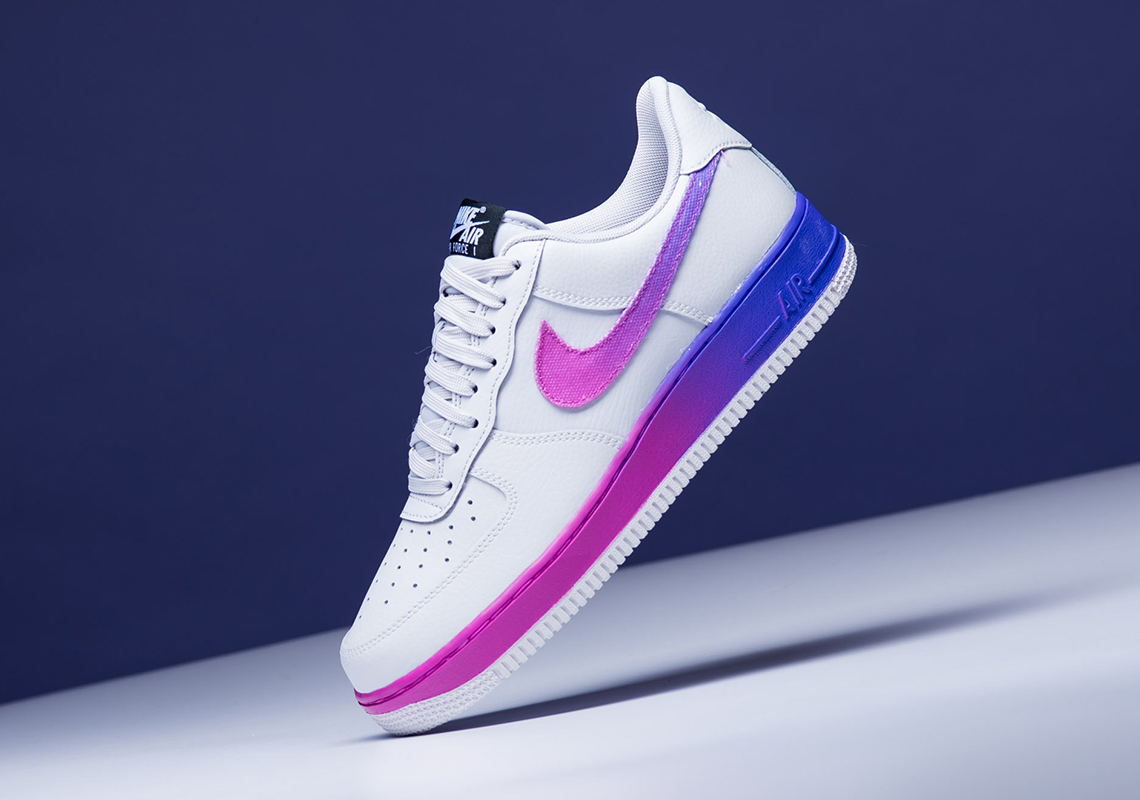 One of the most powerful and time-tested silhouettes in Nike’s lifestyle lineup, the Air Force 1 Low plays a major part in each and every season’s releases, and now it’s arrived in a new “Hyper Grape” colorway. The upper is all classic with its white tumbled leather construction, but the accents kick things up a notch with a ’90s-style gradient on both the textile midfoot Swoosh and the midsole. The Swoosh’s fade is more minimal, moving from a dark purple to a light purple, but the midsole offers a three-part color story, starting with a rich blue towards the heel before moving to the same dark purple on the midfoot and light purple on the forefoot. A white outsole rounds off the construction, and finishing pops of detail are provided by accents like a debossed Nike Air hit on the heel collar and a black fabric tag on the tongue. These new Air Force 1s are available now at retailers like Sneaker Politics for $110 USD, so check out a set of images below and grab your pair now. 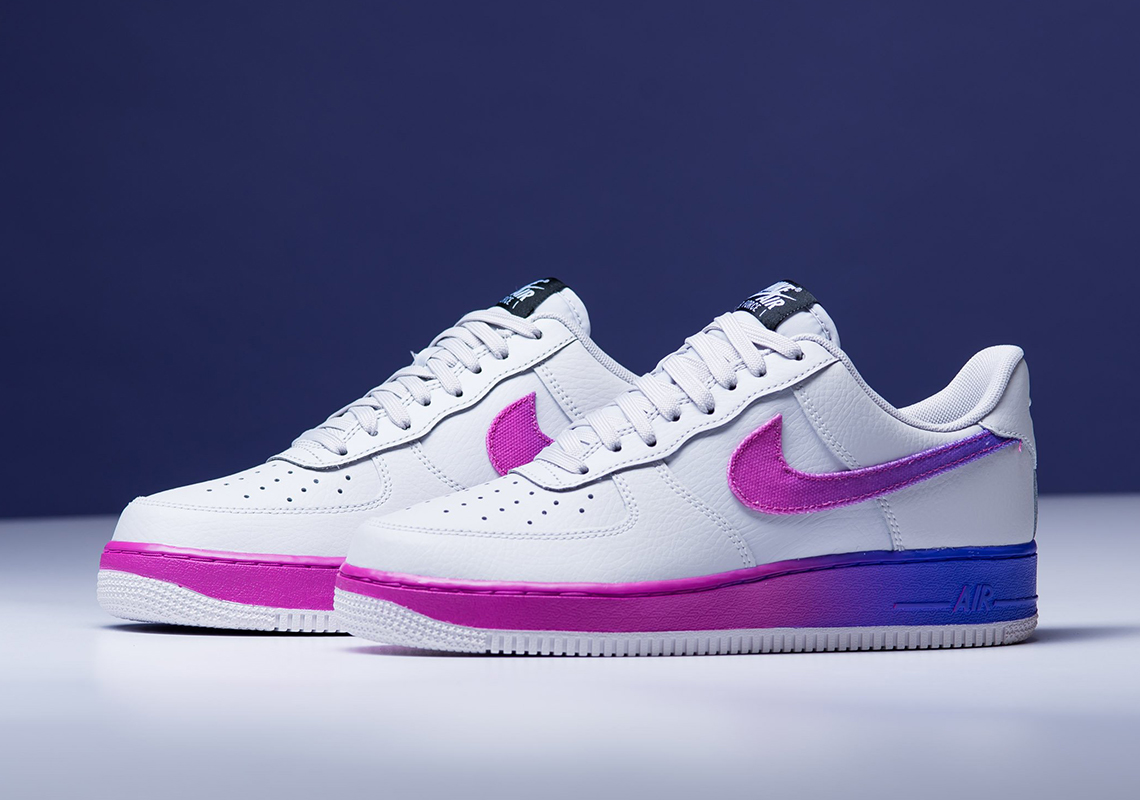 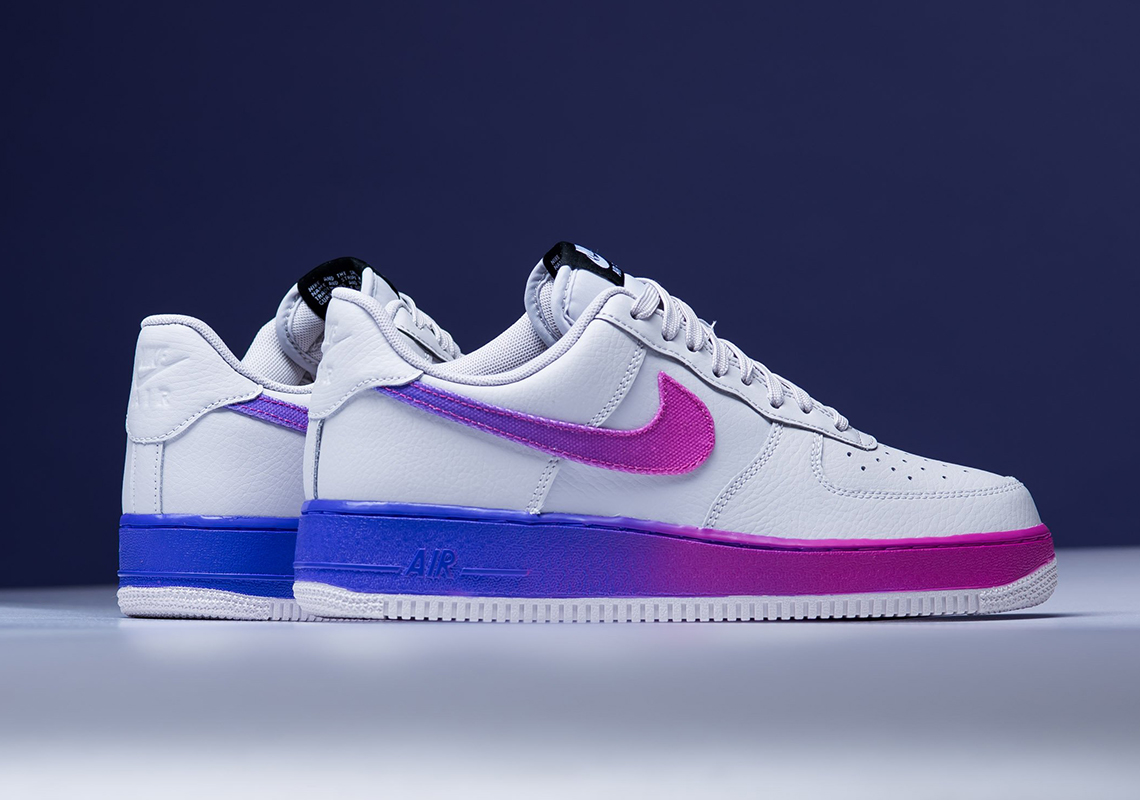 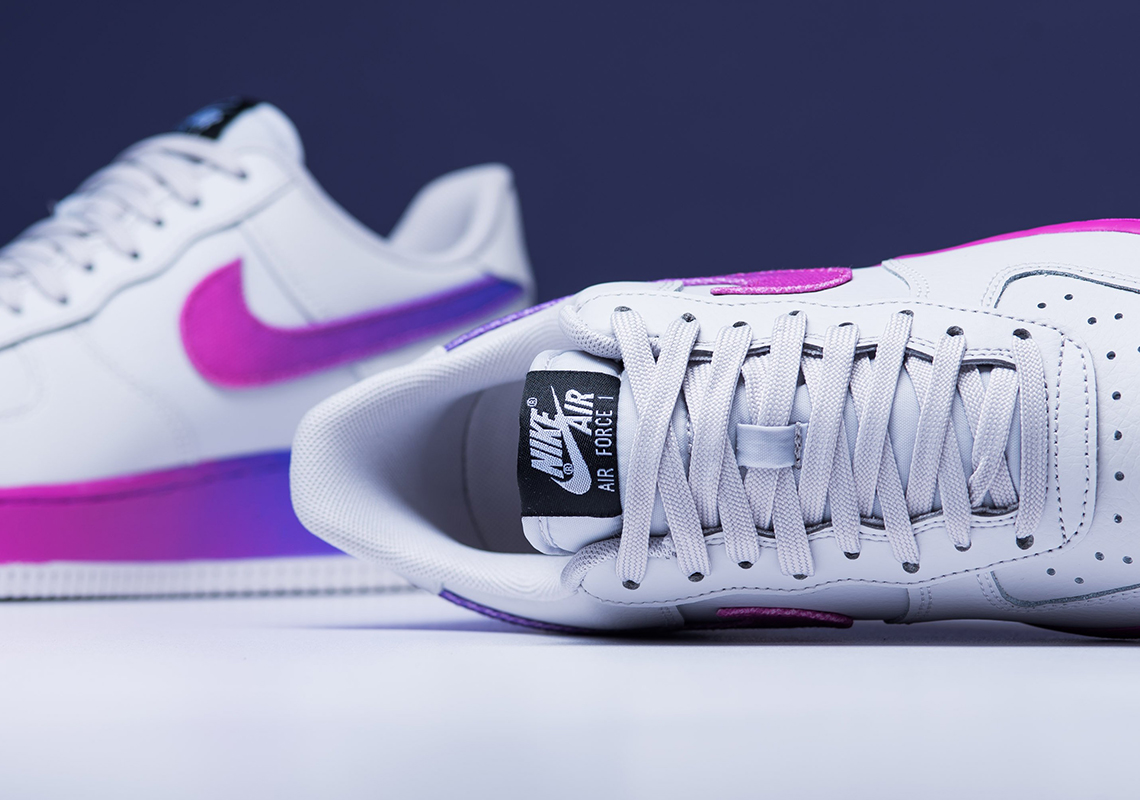 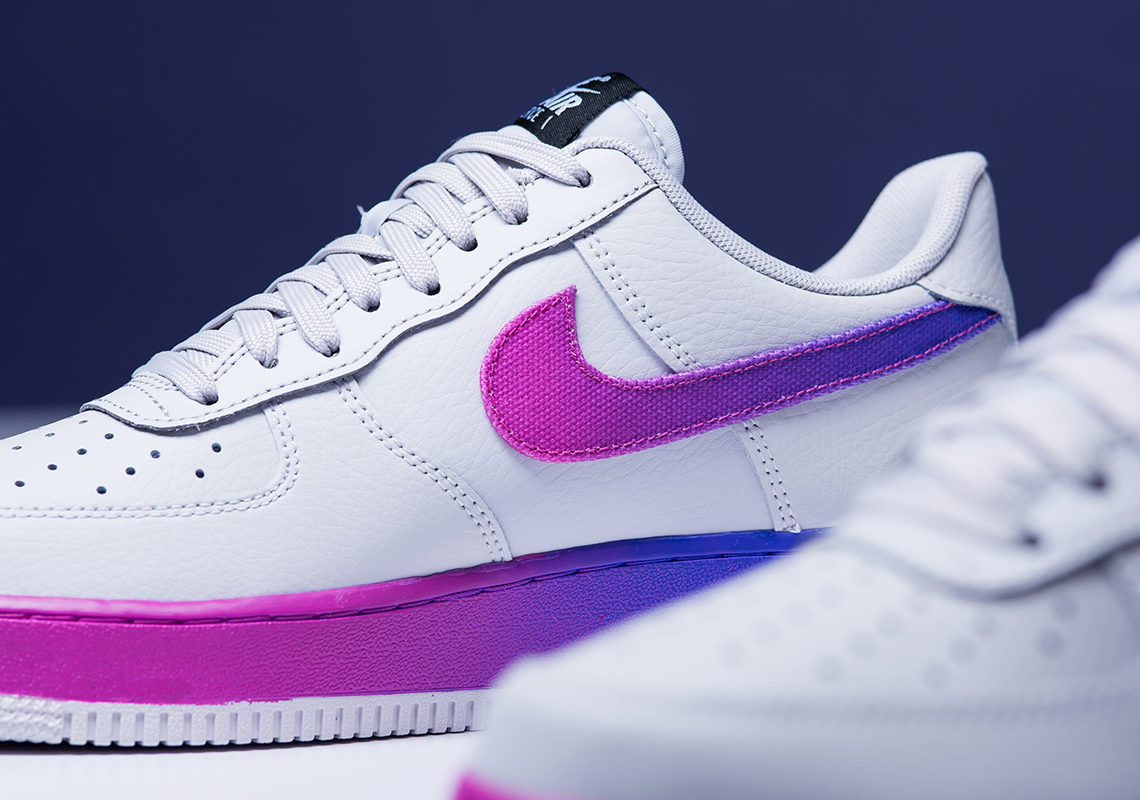 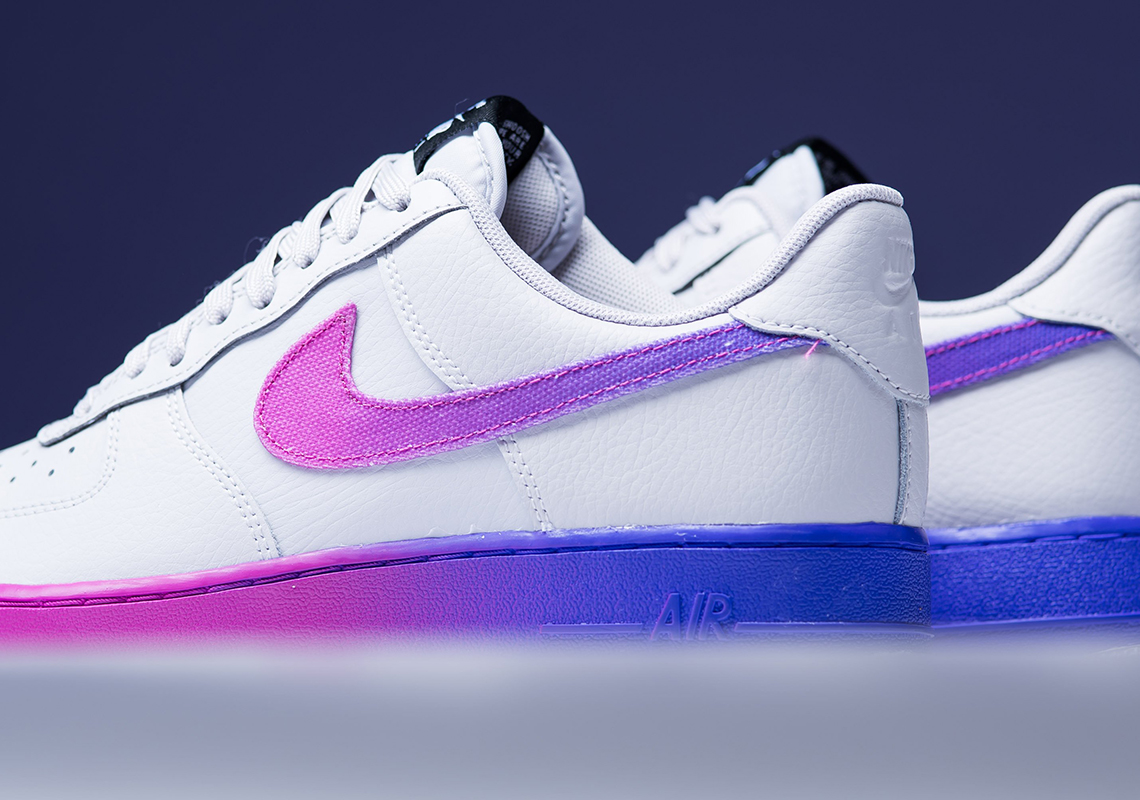 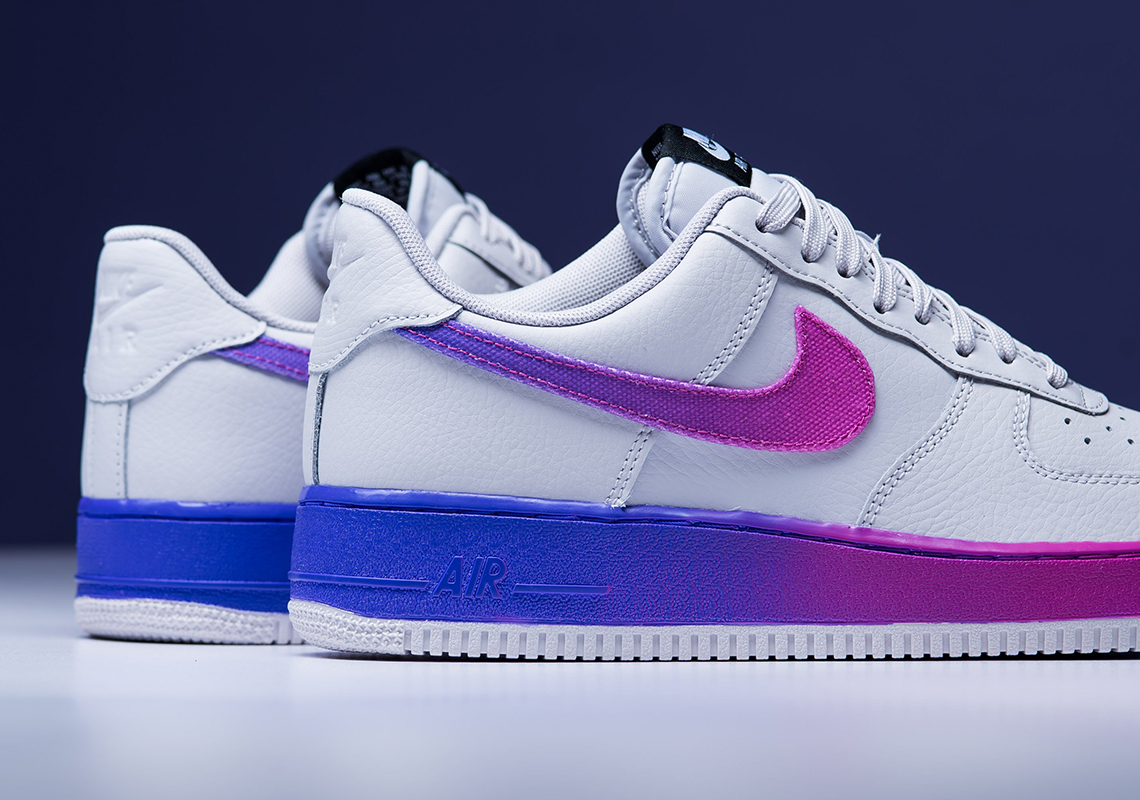 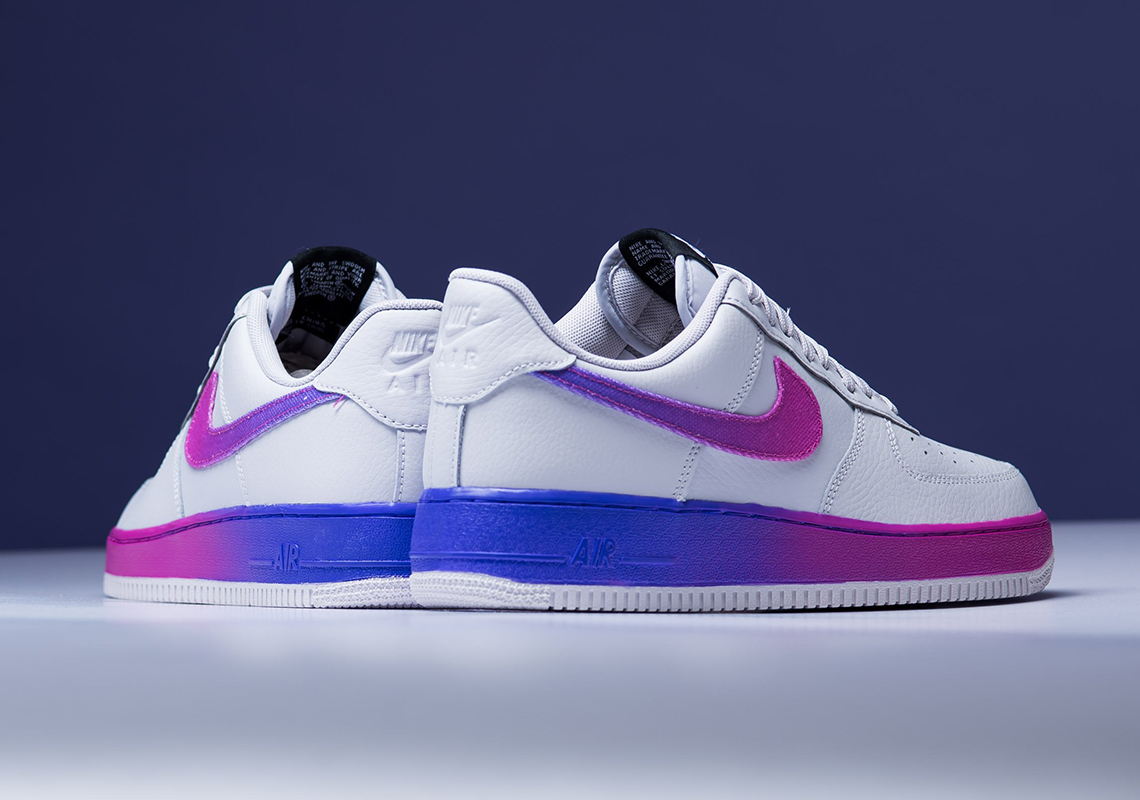 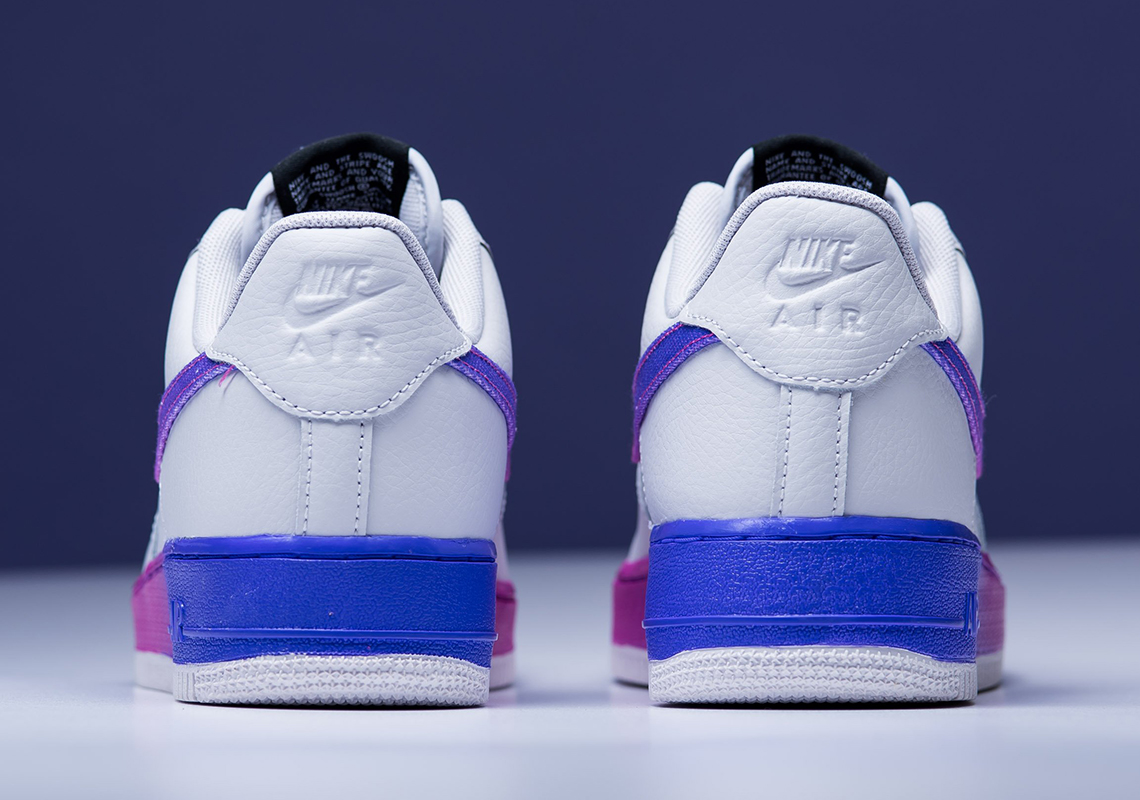 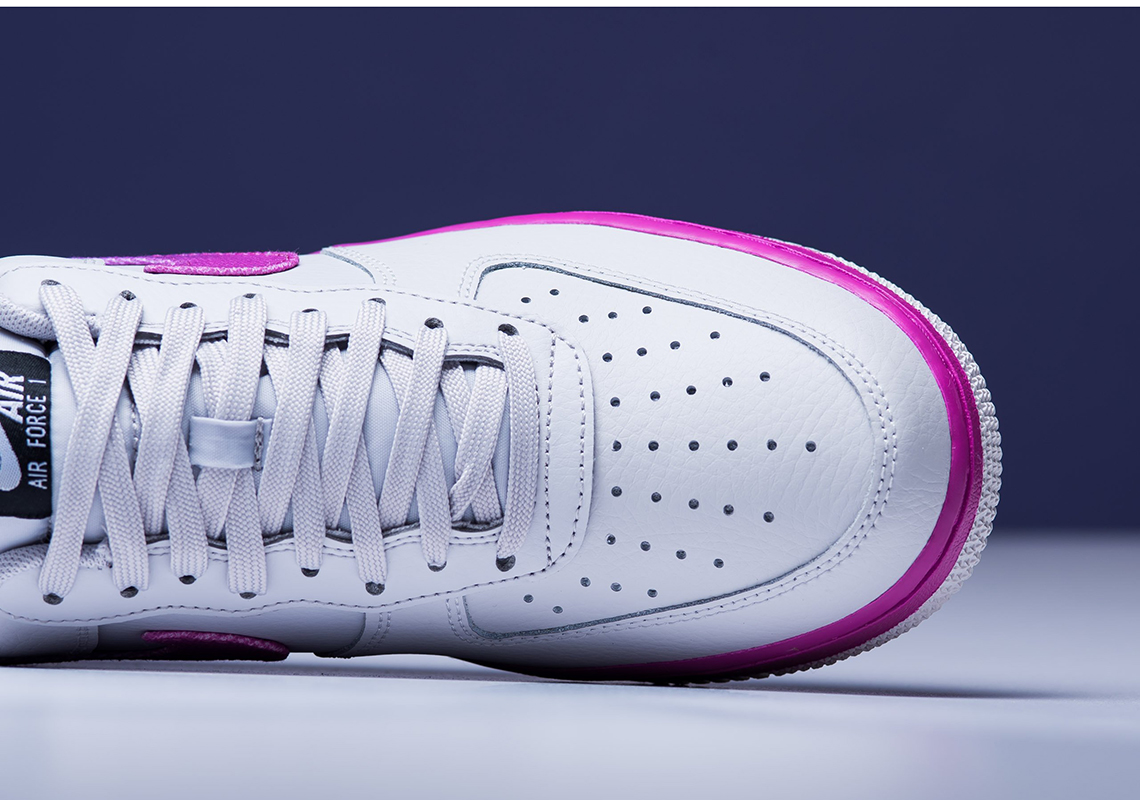