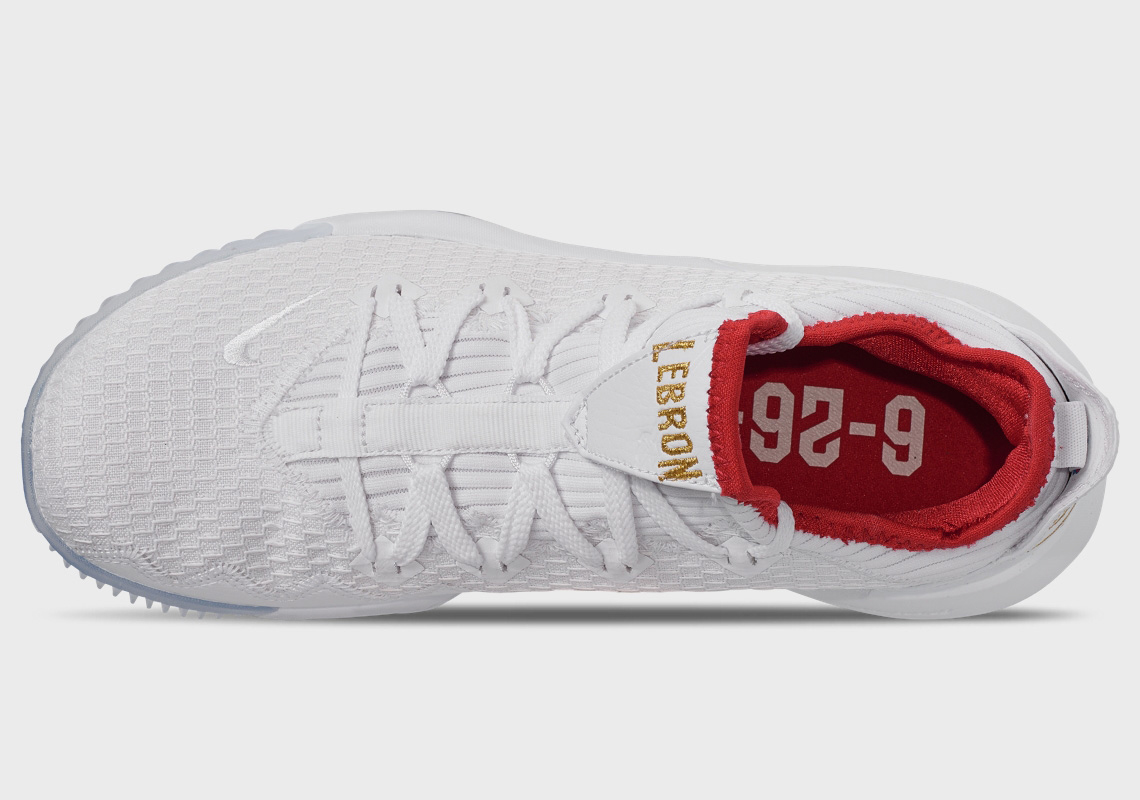 It’s been nearly sixteen years since LeBron James was picked #1 overall by the Cleveland Cavaliers in the 2003 NBA Draft, so ahead of the 2019 NBA Draft, Nike has readied a new LeBron 16 Low for a nod to that impactful evening in ’03. Offering a color palette that’s fit for a young king, these LeBron 16s boast a crisp white upper with red trim around the collar and gold embroidery on the tongue/heel. The rest of the upper’s branding is kept to an extreme minimum, as a single tonal Swoosh then appears on the lateral forefoot. The shoe’s standout detail appears on the insole via a “6-26” hit, a direct nod to the 2003 Draft’s date. Down below, an icy blue outsole shows off the midsole’s large red Zoom Air units, and a red Dunkman logo on the heel finalizes the stylings. These Nike shoes will release at retailers like Finish Line on May 24th for $160 USD, so enjoy a full set of official images ahead of the release below. Afterwards, be sure to tune into the 2019 NBA Draft on June 20th to see what team consensus #1 overall pick Zion Williamson — who some pundits are calling the second coming of LeBron — will join. 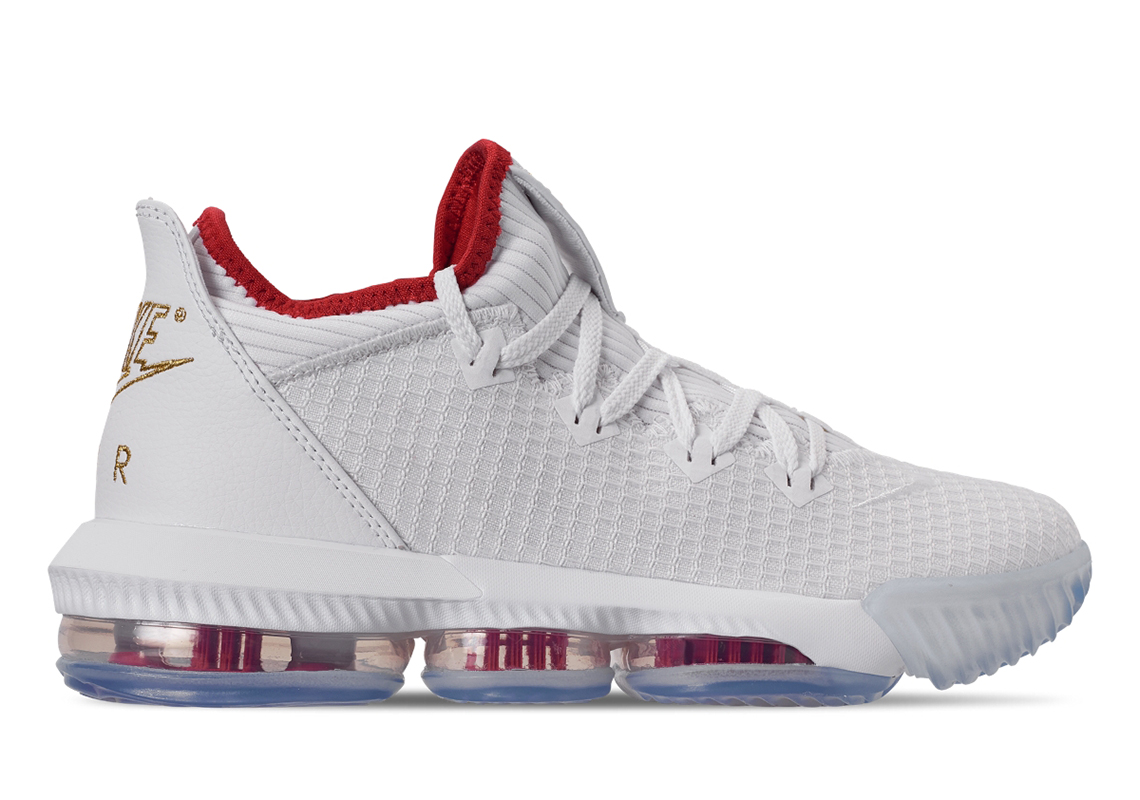 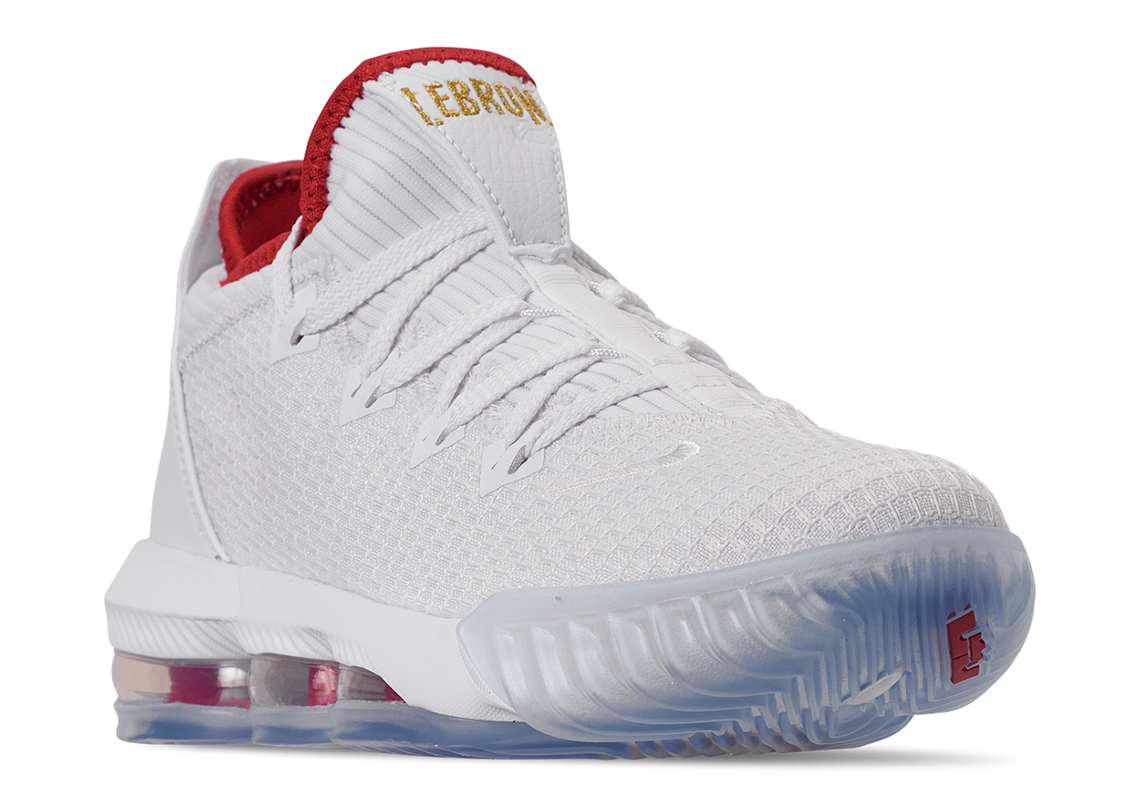 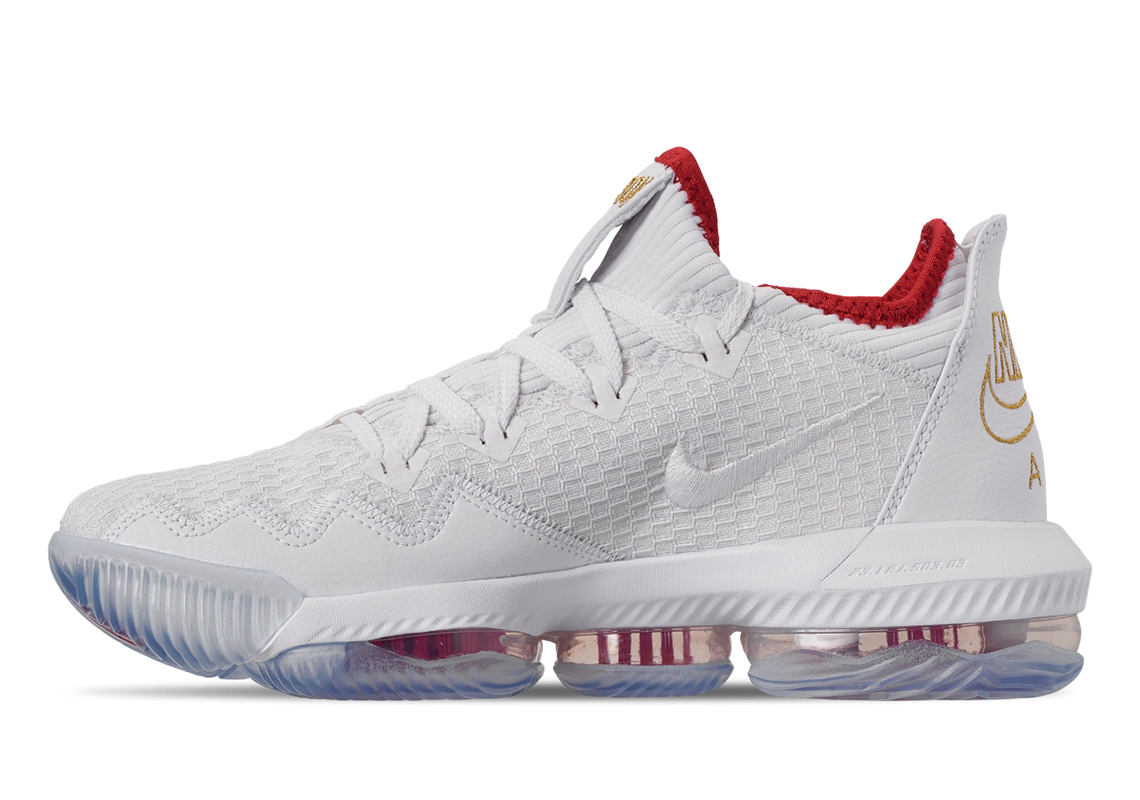 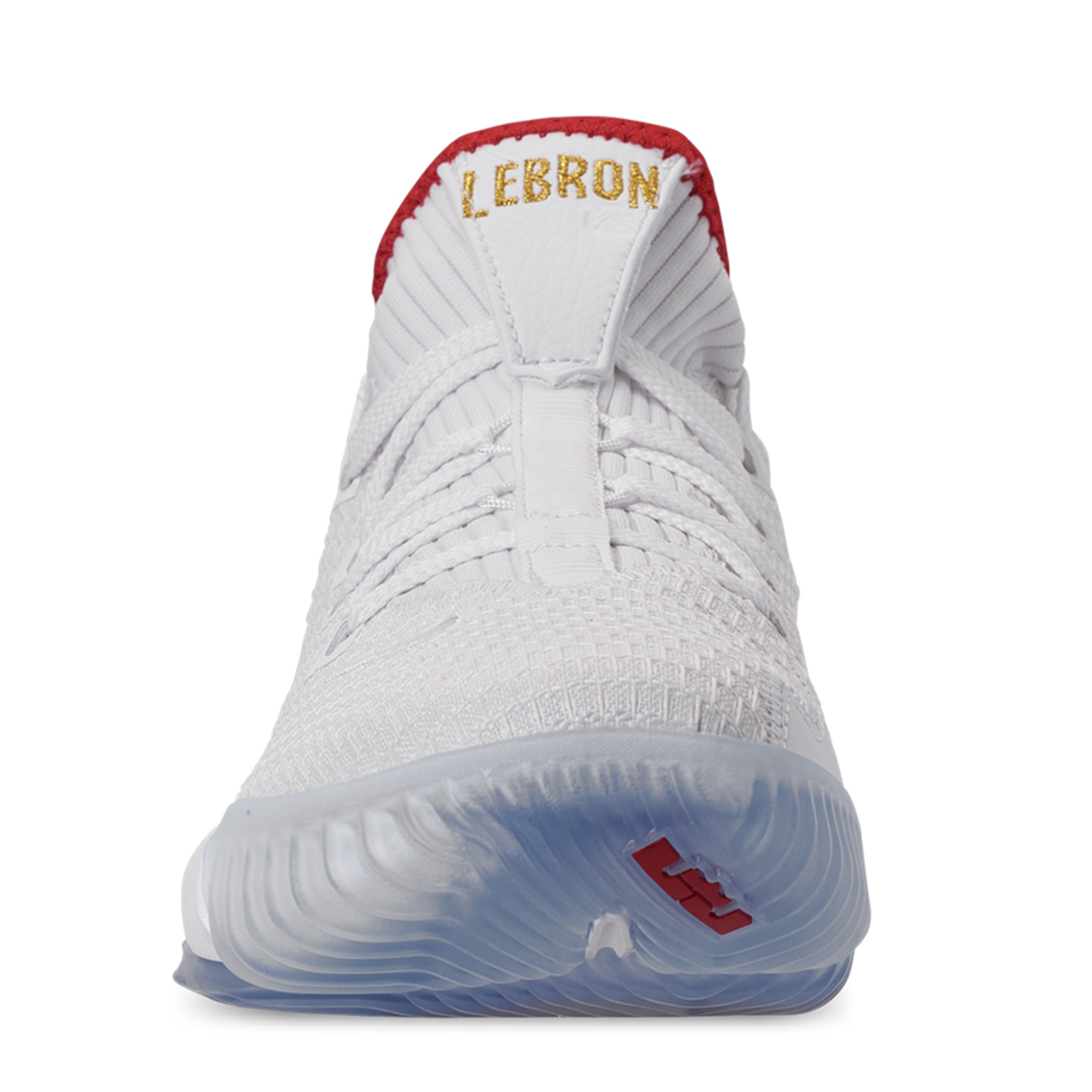 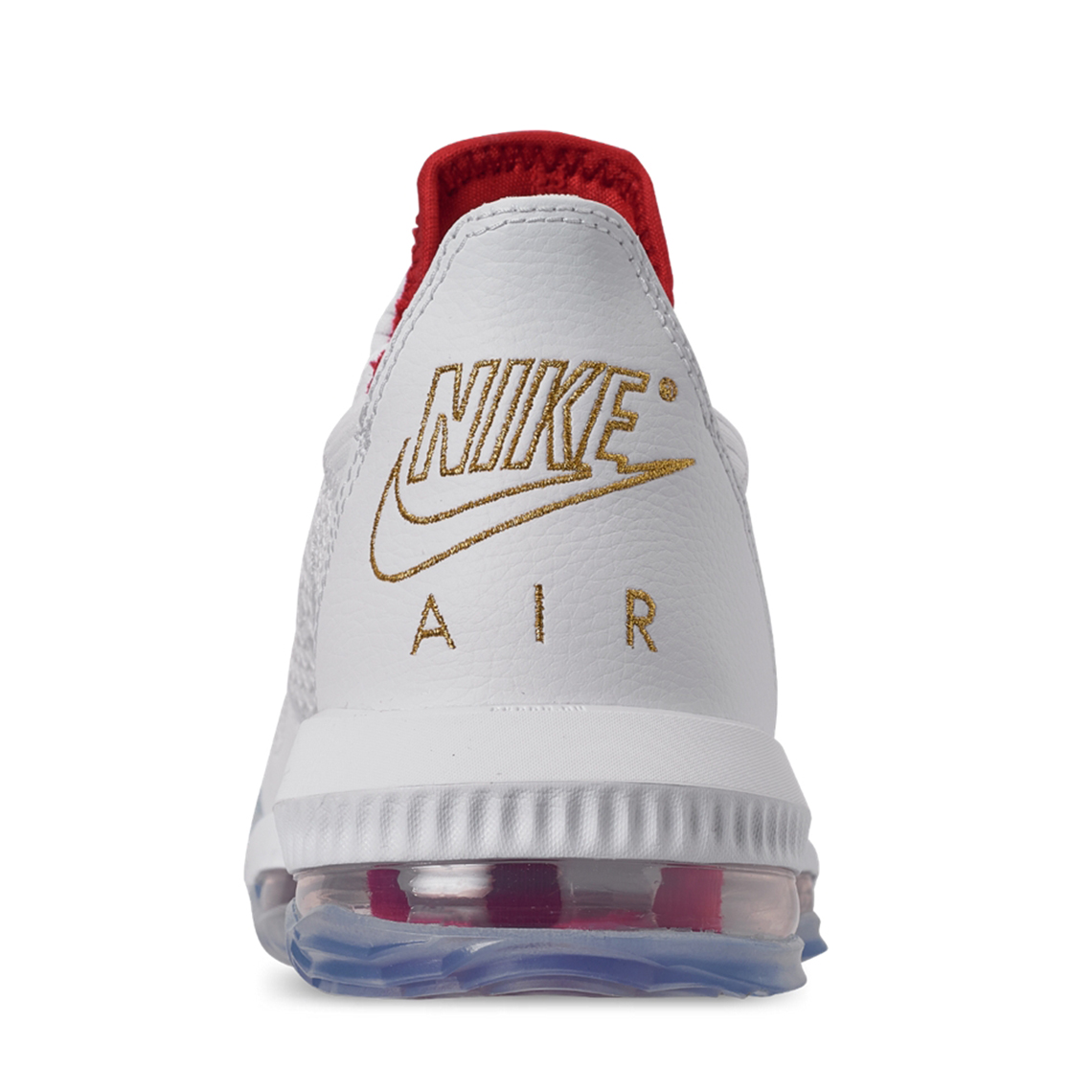 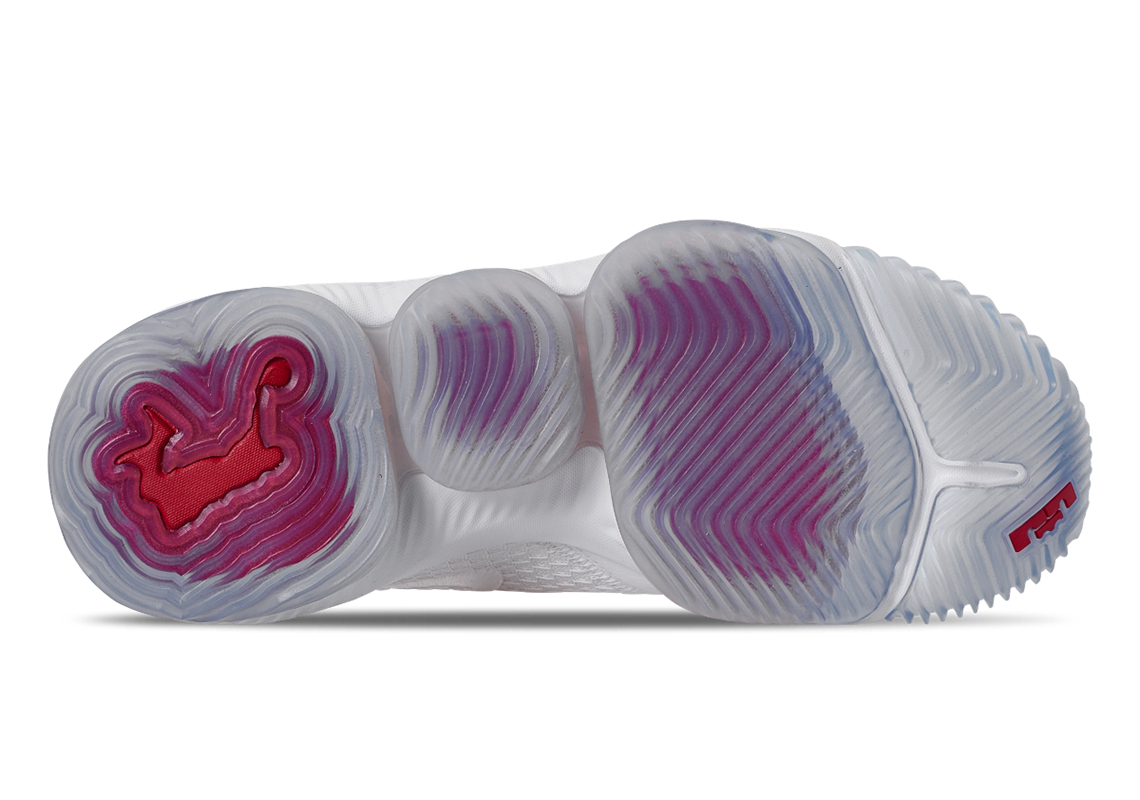