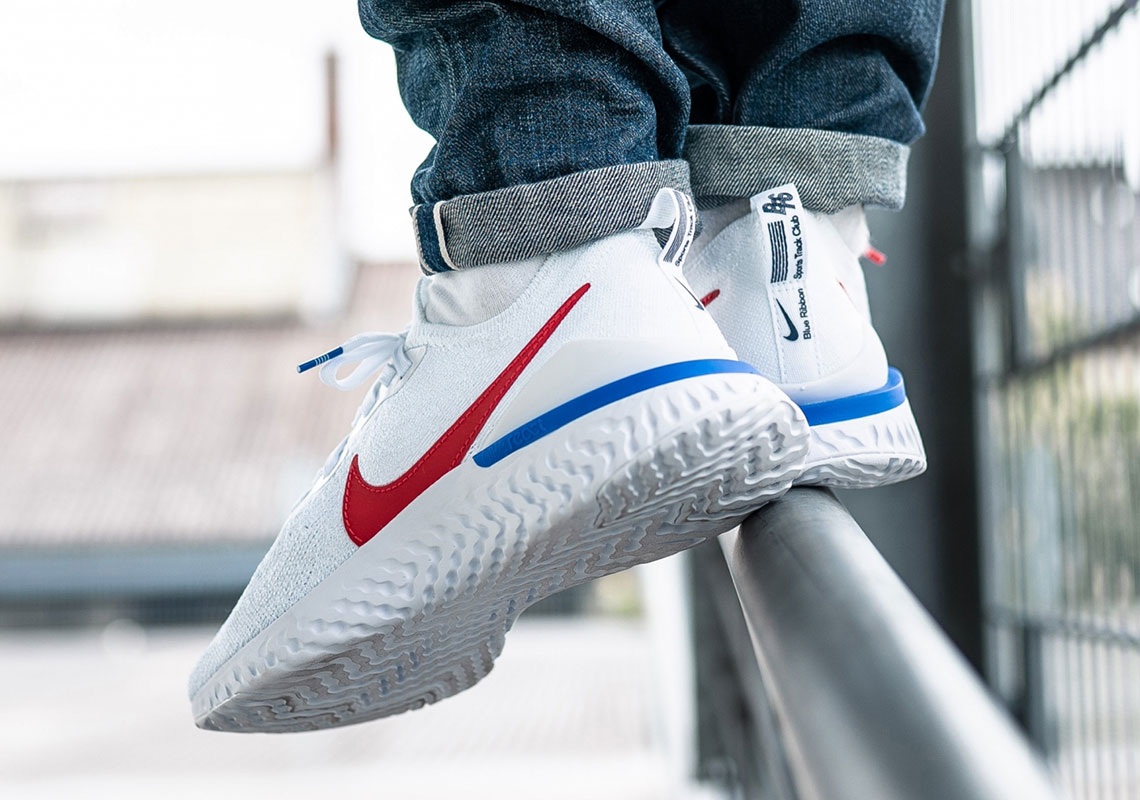 Nike is just over 55 years in the game, starting its roots as Blue Ribbon Sports as a purveyor of all things running. This origin of sport led Bill Bowerman and Phil Knight to truly revolutionize the industry with the help of an everyday domestic waffle iron, laying the foundation for the unimaginable giant it is today. One of their earliest offerings, once they officially changed their name from BRS to Nike, was the Cortez; this sleek running shoe would be one of the brand’s mainstays for decade as it was regularly reintroduced into the market with leathers, nylons, and other materials fit for longer-than-normal distances. Since then, the Cortez has become one of the most significant shoes the brand has ever built, not just for its performance qualities, but also for its appeal to the casual wearer. The striking combination of blue and red has become a trademark of sorts, drawing immediate connections to the decades-old silhouette at any instance. With this new release of the Epic React Flyknit 2, one of the most advanced pairs offered by the Swoosh, Nike is bridging the generational gap with a straightforward color treatment and a historical nod on the heel-stripe. Running and Sportswear fans can pick up this latest issue at retailers on May 23rd. 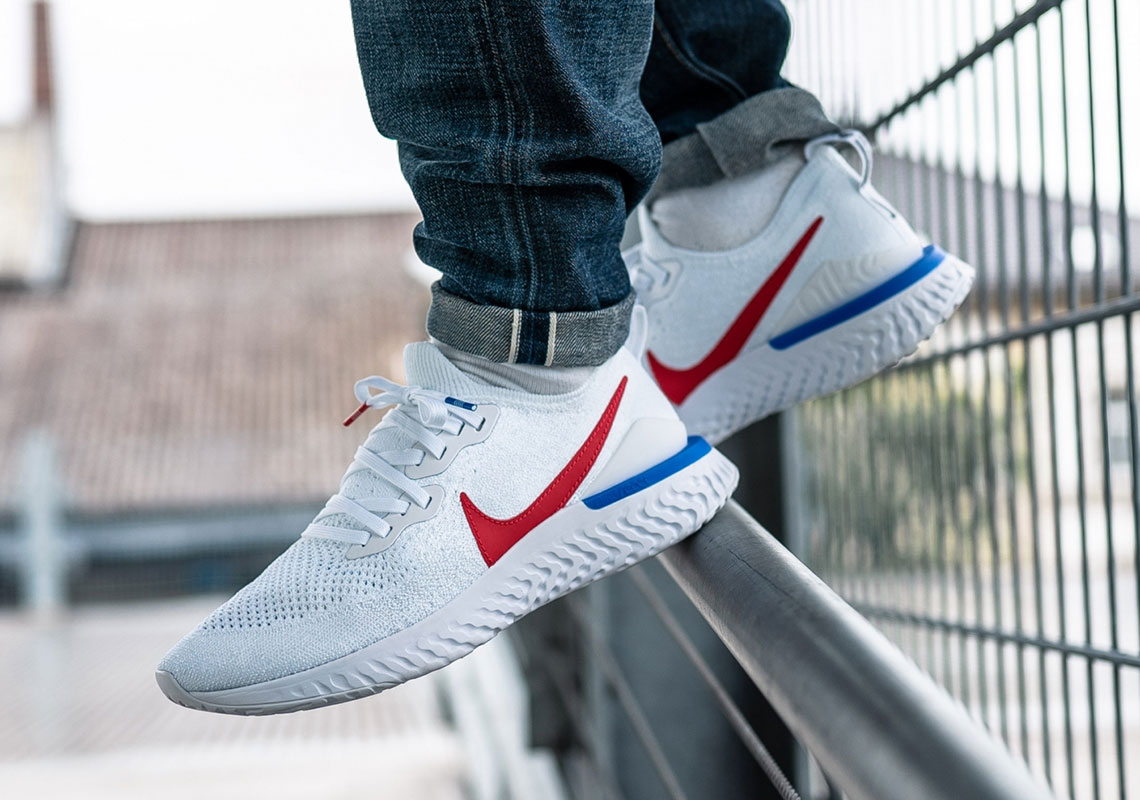 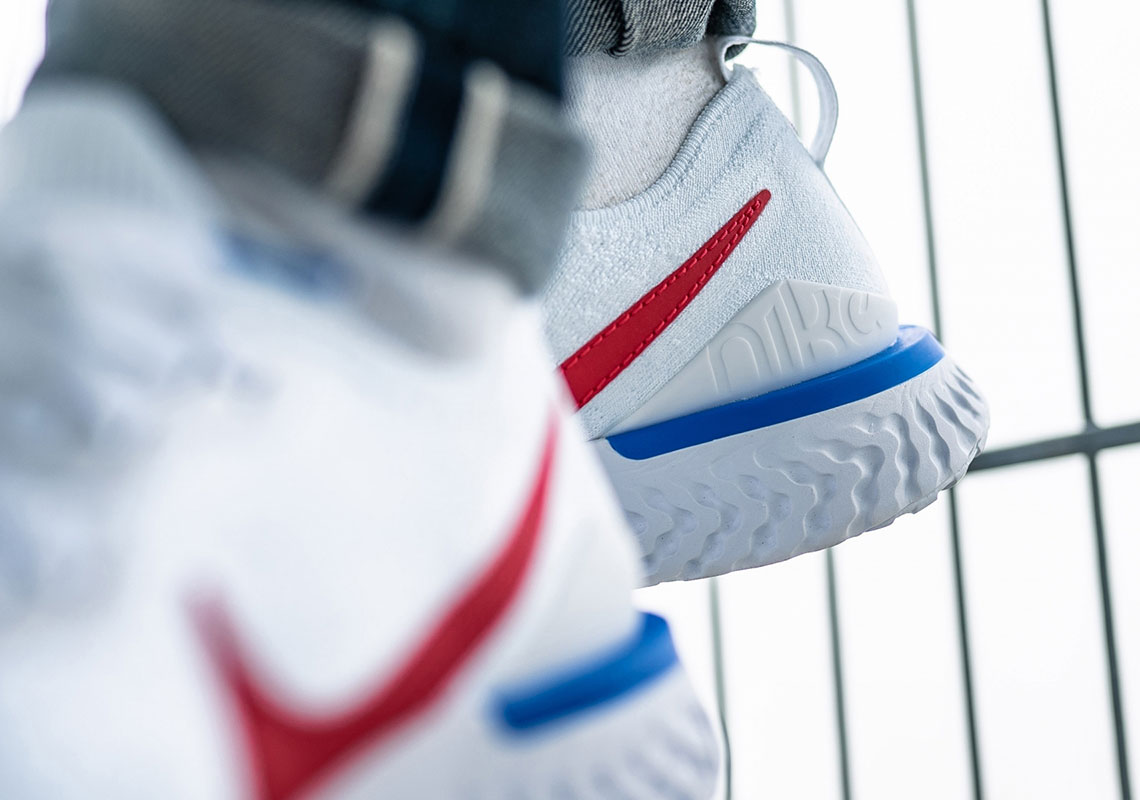