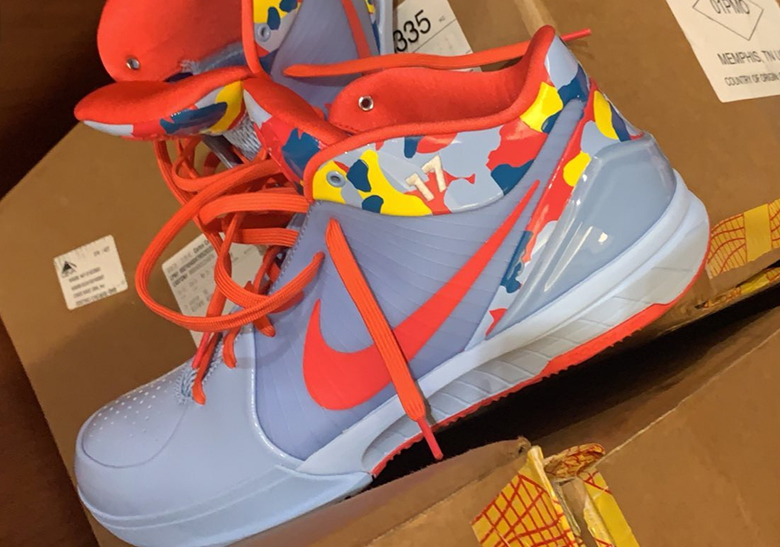 Although NBA sneaker champion PJ Tucker is currently in the middle of a longer-than-hoped for offseason — as his Rockets once again fell to Steph Curry and the Golden State Warriors in the Western Conference Playoffs — that’s certainly not stopping him from breaking out more rare shoes, as he recently took to his Instagram story to flex a Nike Kobe 4 Protro PE. Dressed in a Houston-themed color scheme that’s seemingly equal parts Rockets and Oilers, these Kobes feature a powder blue base with hot red accents on the Swoosh, laces, and outsole. However, their most defining feature is a bold camo print that combines red, two shades of blue, and yellow around the heel, collar, and tongue. Tucker’s #17 is then embroidered on the lateral side of the collar to complete the look. Although these are indeed a PE and won’t see a retail release, there are plenty of Kobe 4 Protros on the way: the “Del Sol” releases on May 24th, and UNDEFEATED is readying an extensive slate of special releases for this summer/fall. Check out Tucker’s newest PEs here, don’t be surprised if you see them on an NBA court next season, and stay tuned to our Sneaker Release Dates page for more info on other upcoming Kobe kicks. 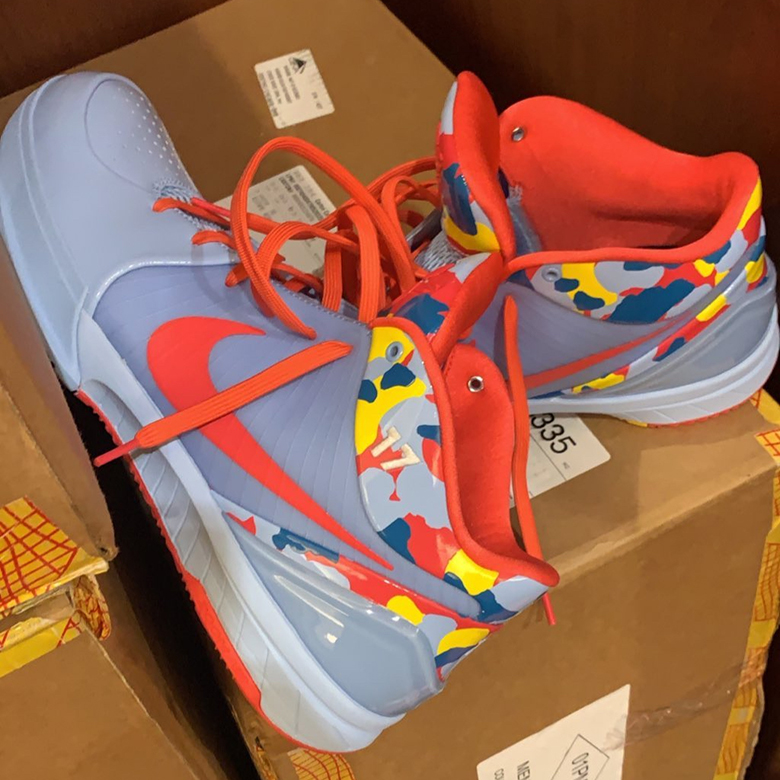