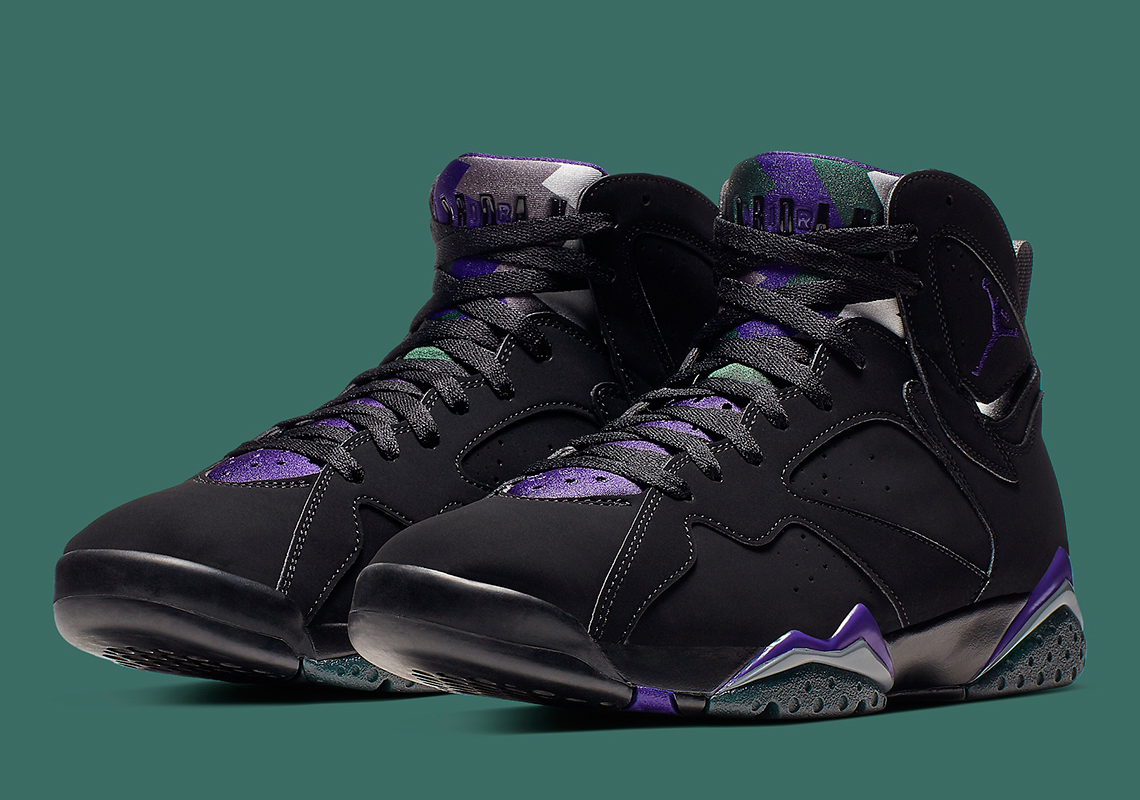 Where To Buy The Air Jordan 7 “Ray Allen”

Long-time Jordan Brand endorser Ray Allen may have retired from professional basketball, but his impact on the game lives on, and the Jumpman is now paying homage to the sharpshooter’s early days in the NBA as a member of the Milwaukee Bucks with a new Air Jordan 7. Featuring a colorway inspired by a duo of PEs that Ray wore during the 2002 season, this AJ7 nods to Bucks uniforms from the aughts by accenting its stark black base with regal purple and stately forest green accents. The tongue/heel take on a lion’s share of the colored detailing, but bold pops on the collar, midsole, and outsole add further to the look as well. For a finishing touch of special detailing, Allen’s signature logo appears on the insole, featuring a swooping signature complete with a silhouette of the UConn product lofting a jumper. You can expect these special Air Jordans to arrive at the retailers listed below on June 1st for $190 USD, and, if the cards fall in their favor, you’ll be able to watch Allen’s former squad in the NBA Finals at the same time. 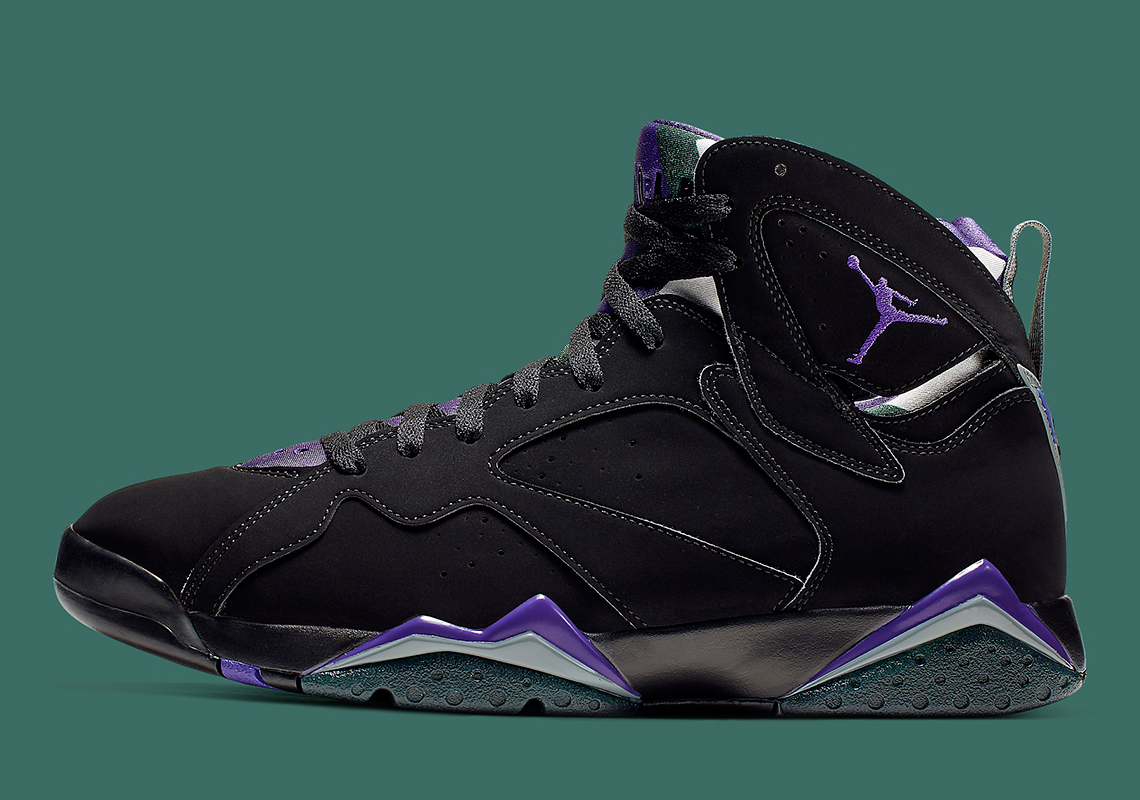 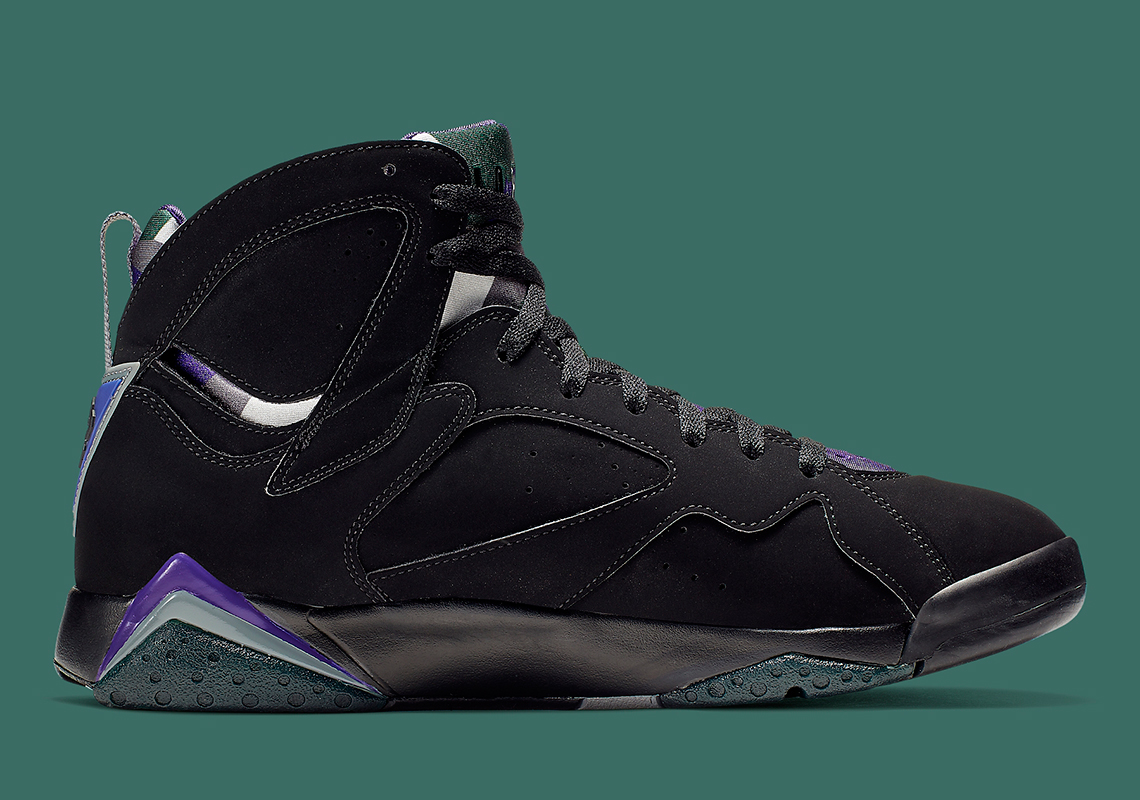 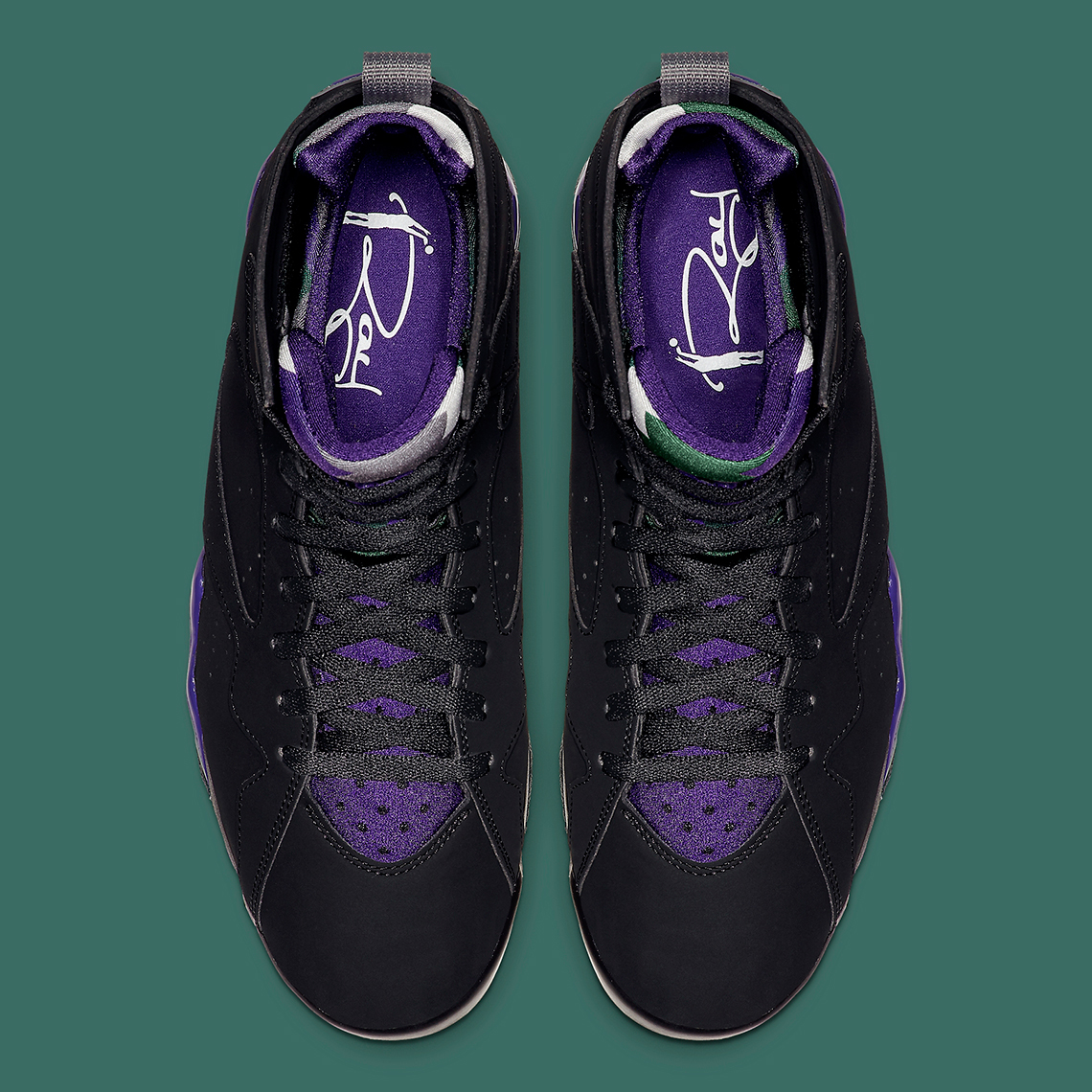 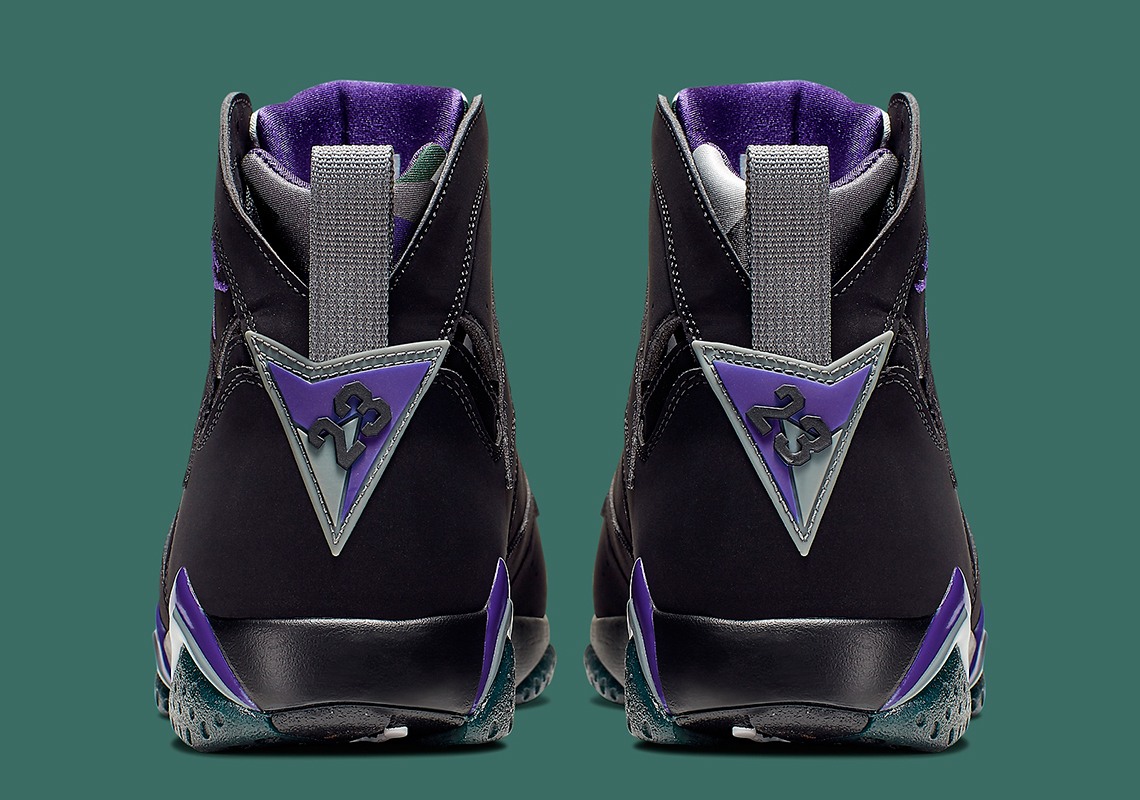 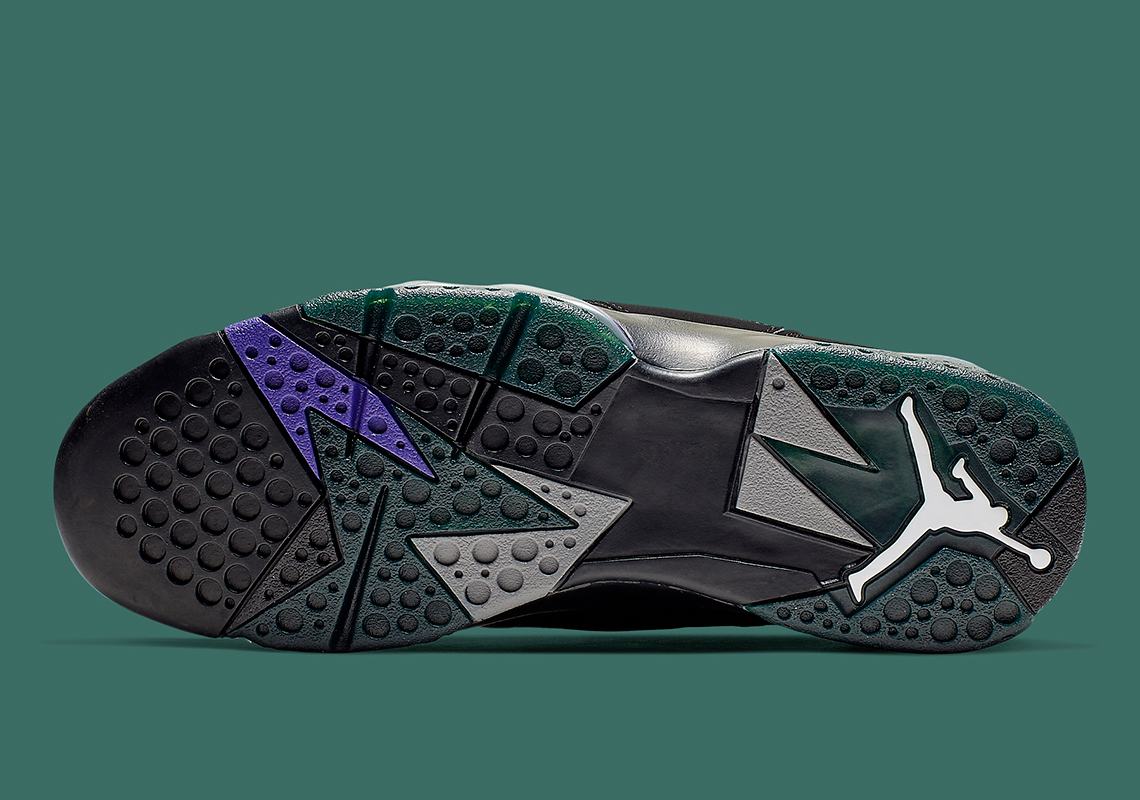