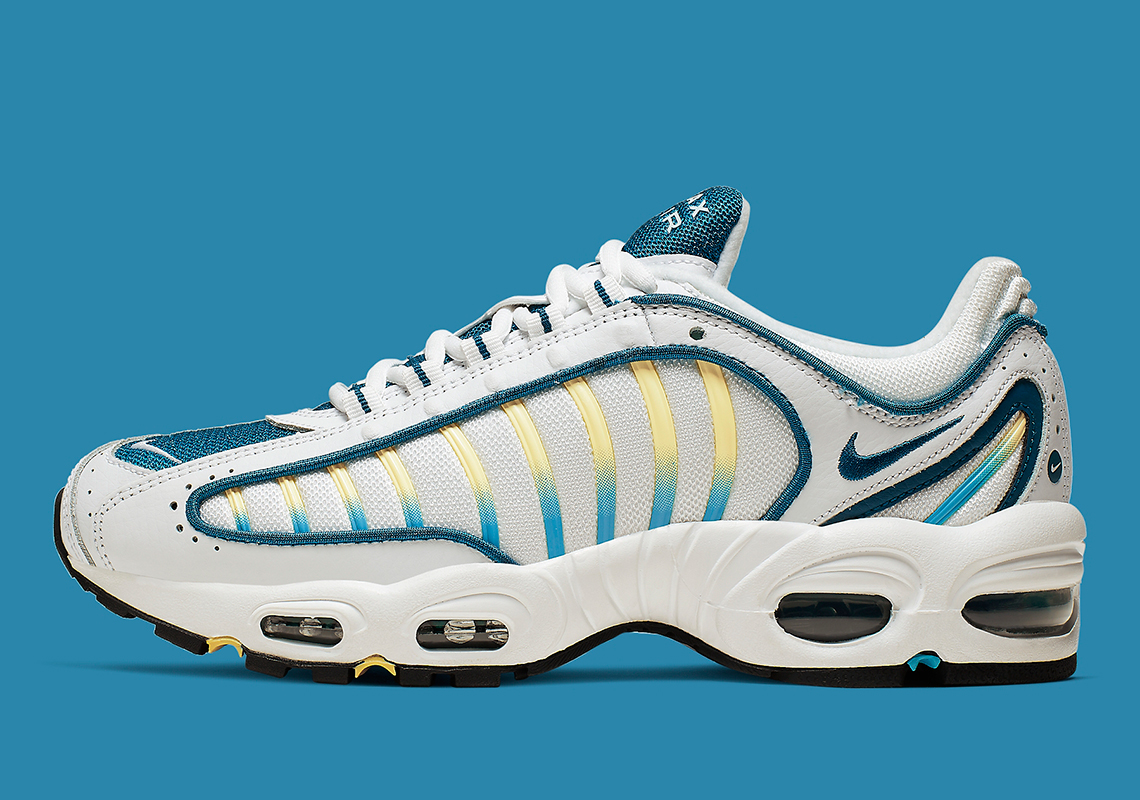 The Nike Air Max Tailwind IV is a quintessential piece of turn-of-the-century Swoosh Brand running shoe design, and it’s celebrated its 20th anniversary by returning to market in a veritable cornucopia of colorways, the latest of which is this women’s-only “Green Abyss.” Mixing crisp white mesh and leather for its primary tones, these Nike shoes then apply a healthy dose of colored accents. Dark seafoam green mesh covers the toebox, throat, and tongue, while even more seafoam green is used for trim along the edges of the upper’s cut-out overlays. The quarter’s plastic “bars” then feature a sea-to-sky gradient fade, starting with a light ocean blue on the bottom half before giving way to a retro cream on the top half. The look is then finalized by a white foam midsole with rich blue Air Max cushioning units and a black outsole with a signature MX badge. Check out a full set of official images right here, and expect a release at the retailers listed below in the coming weeks for $160 USD. 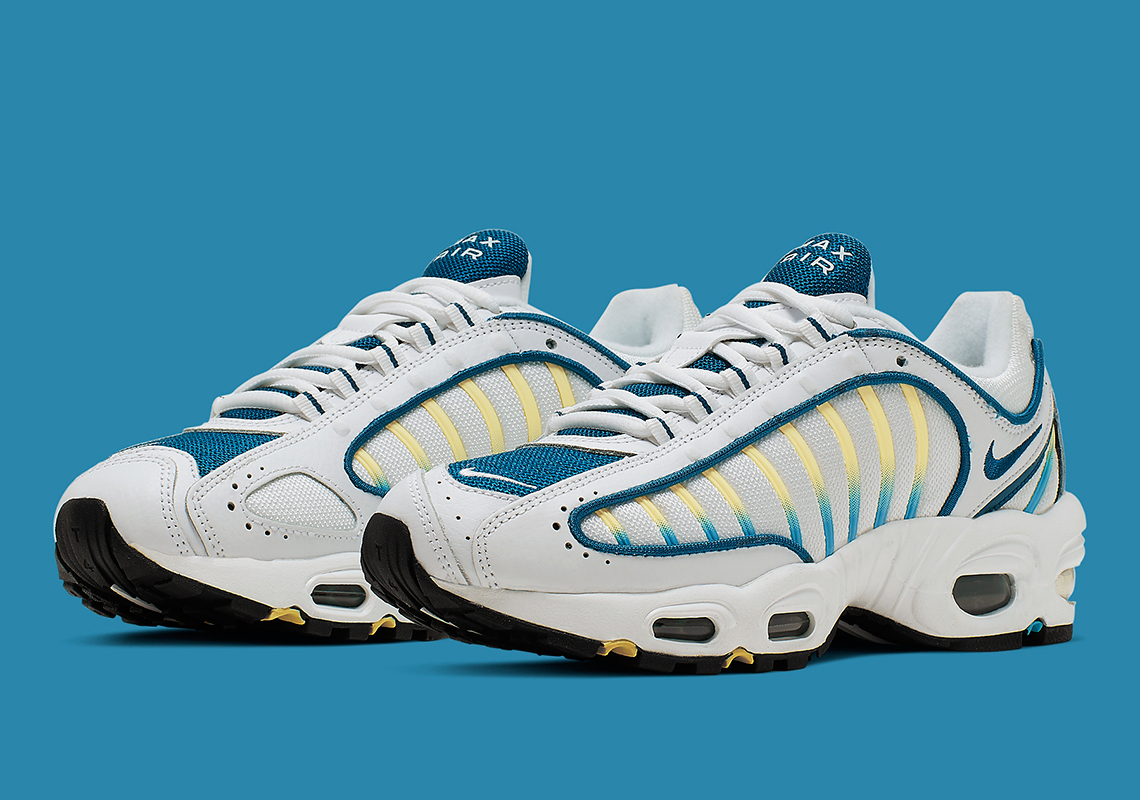 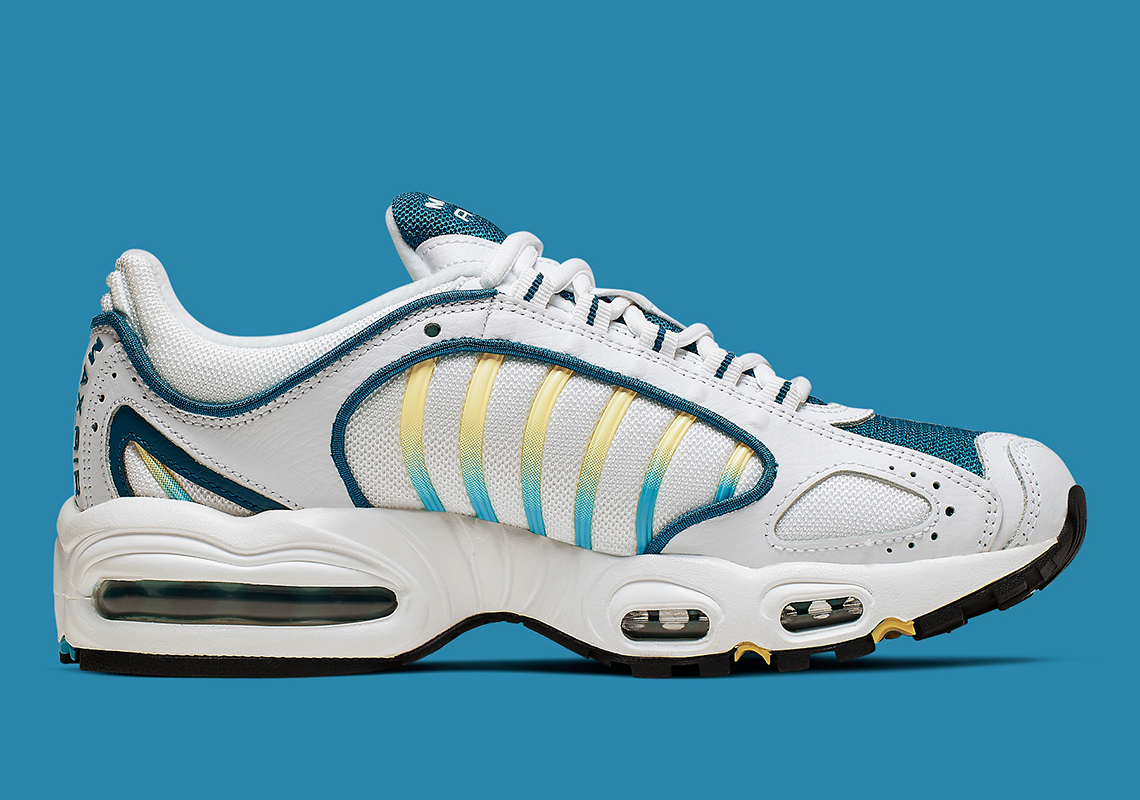 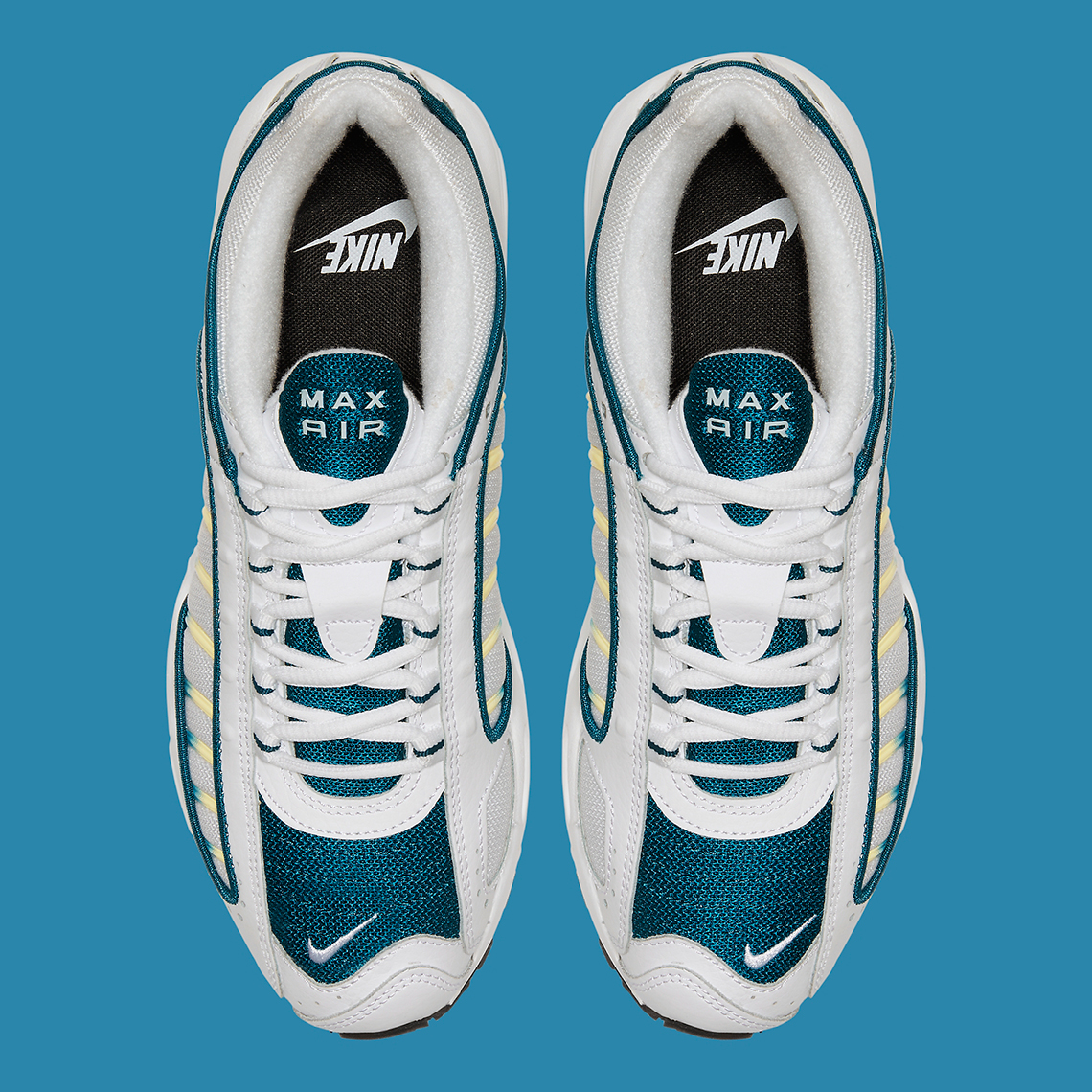 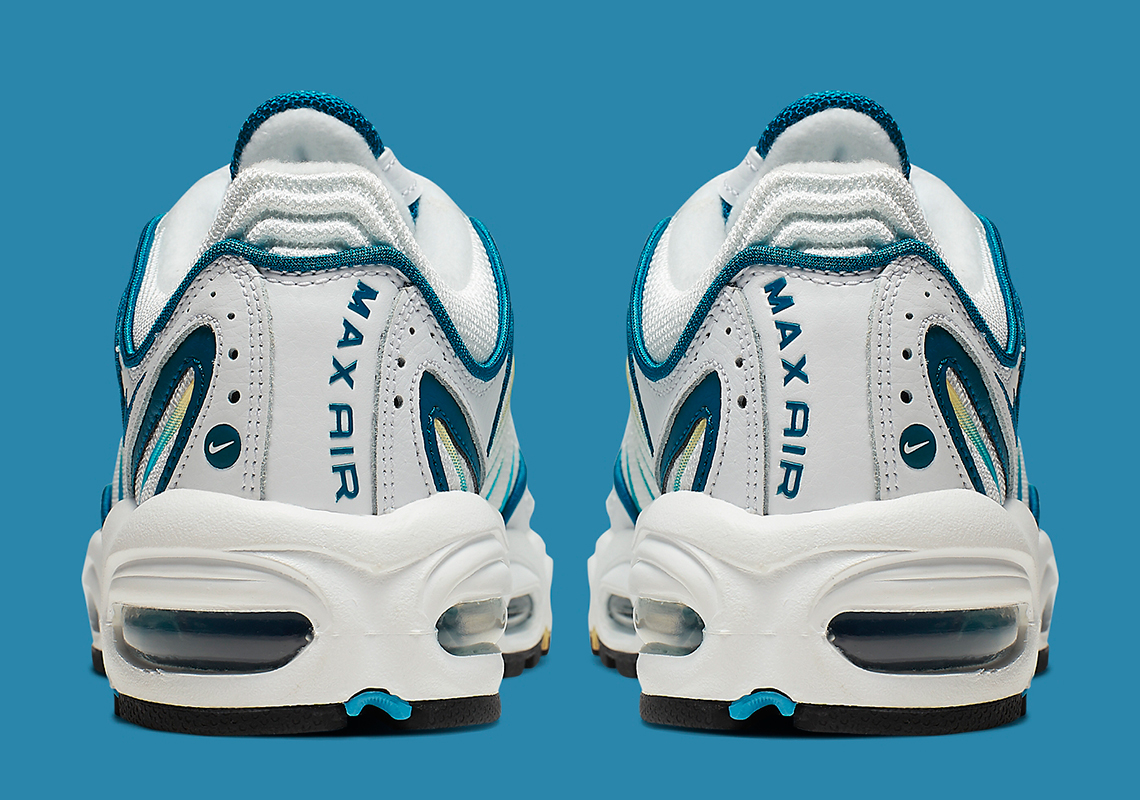 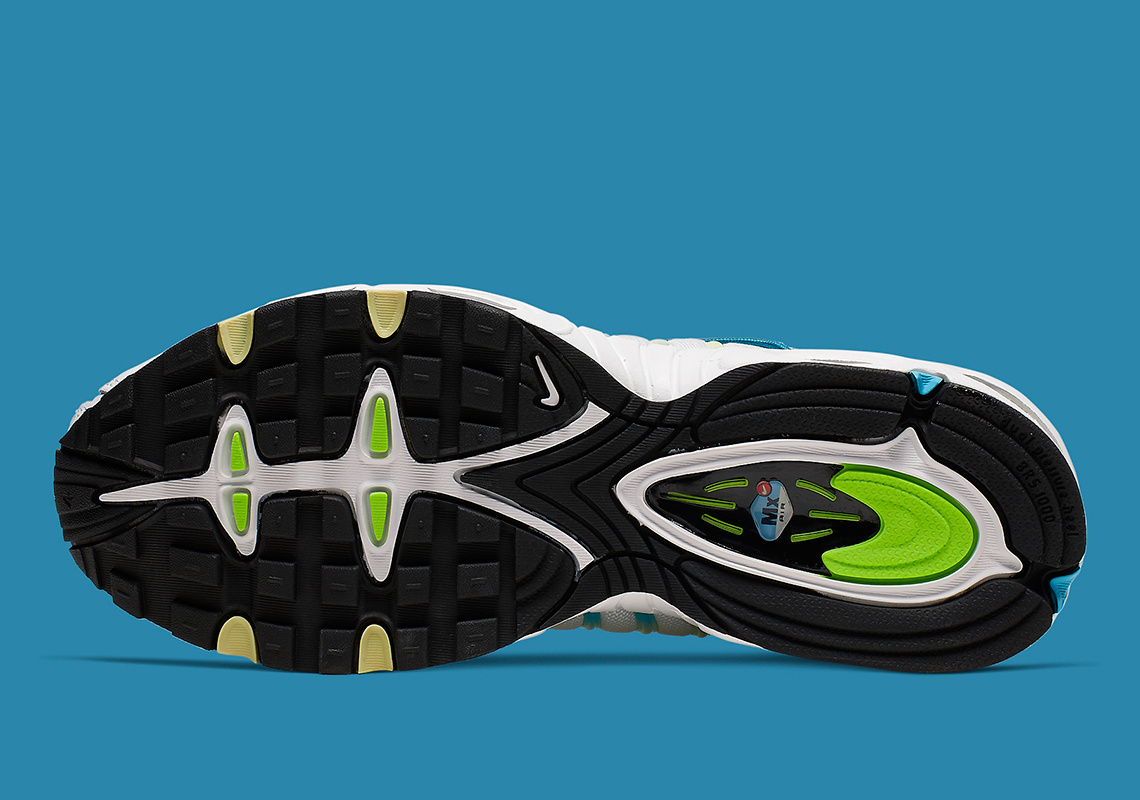