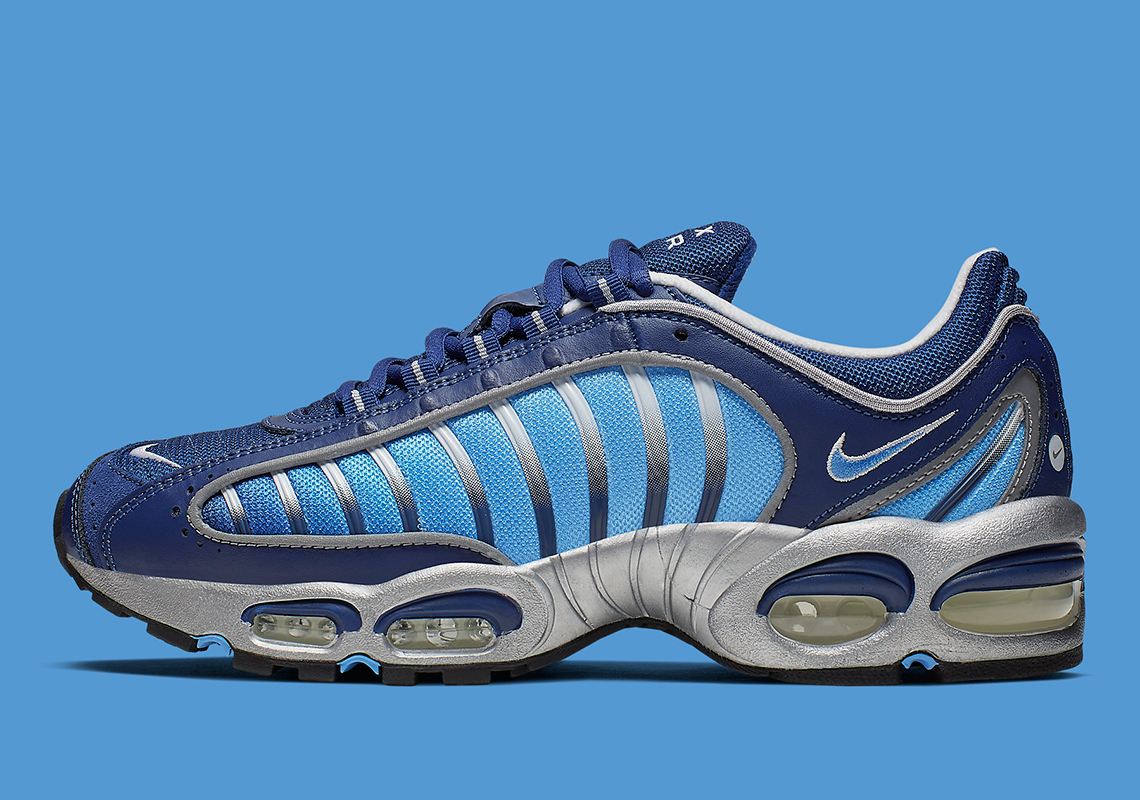 With a still-sleek style and plenty of retro flair to boot, the Nike Air Max Tailwind IV has served as an important piece of Nike Sportswear’s summertime release slate, and now it’s appeared in a bold new blue-and-silver makeup. The upper combines blue hues both light and dark, using a rich navy on the toebox, throat, and overlays, while an athletically-inclined UNC-style powder blue arrives on the midfoot/lateral heel’s mesh and small Swoosh. Silver is then mainly used for accents, appearing on the upper’s trim, branded hits, and midfoot overlays, which offer a silver to blue gradient fade. Down below, blue takes a backseat however, as shimmering silver makes up the majority of the midsole, while navy is used sparingly for accents above the clear Air Max units. More pops of powder blue on the black outsole then finalize the look. These compelling new Maxes will release soon at the retailers listed below, so enjoy a full set of official images right here while you wait. 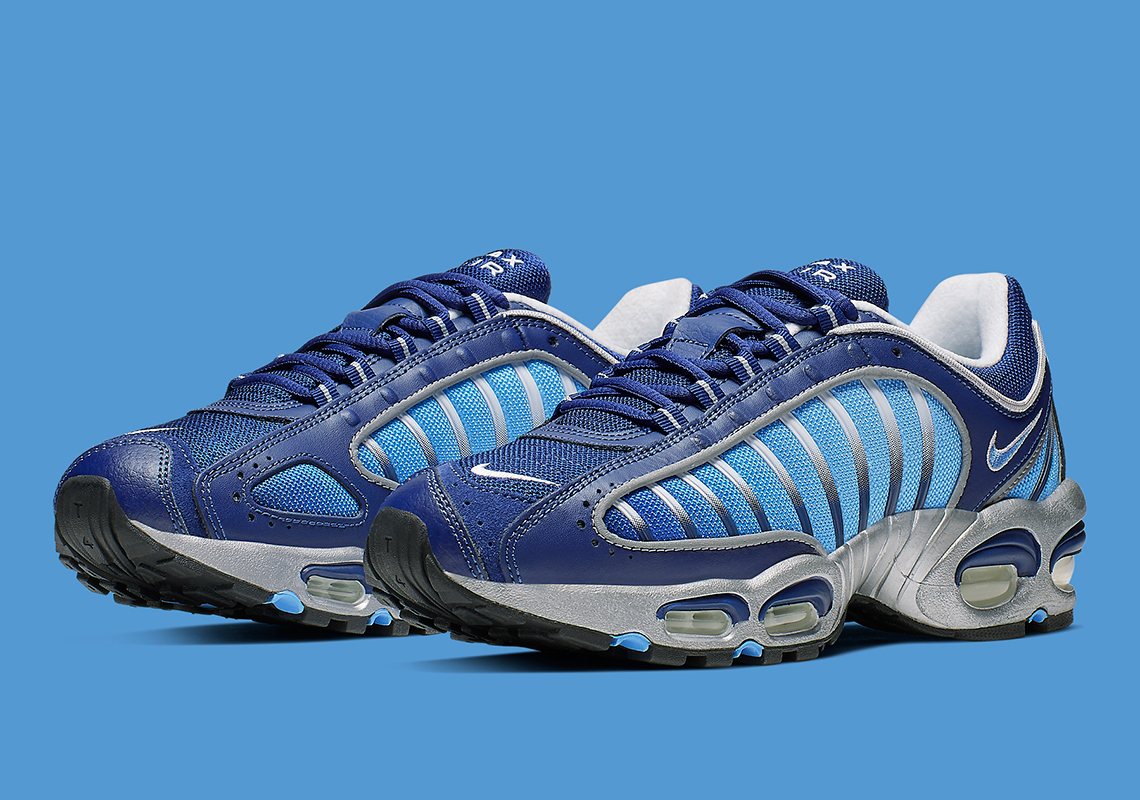 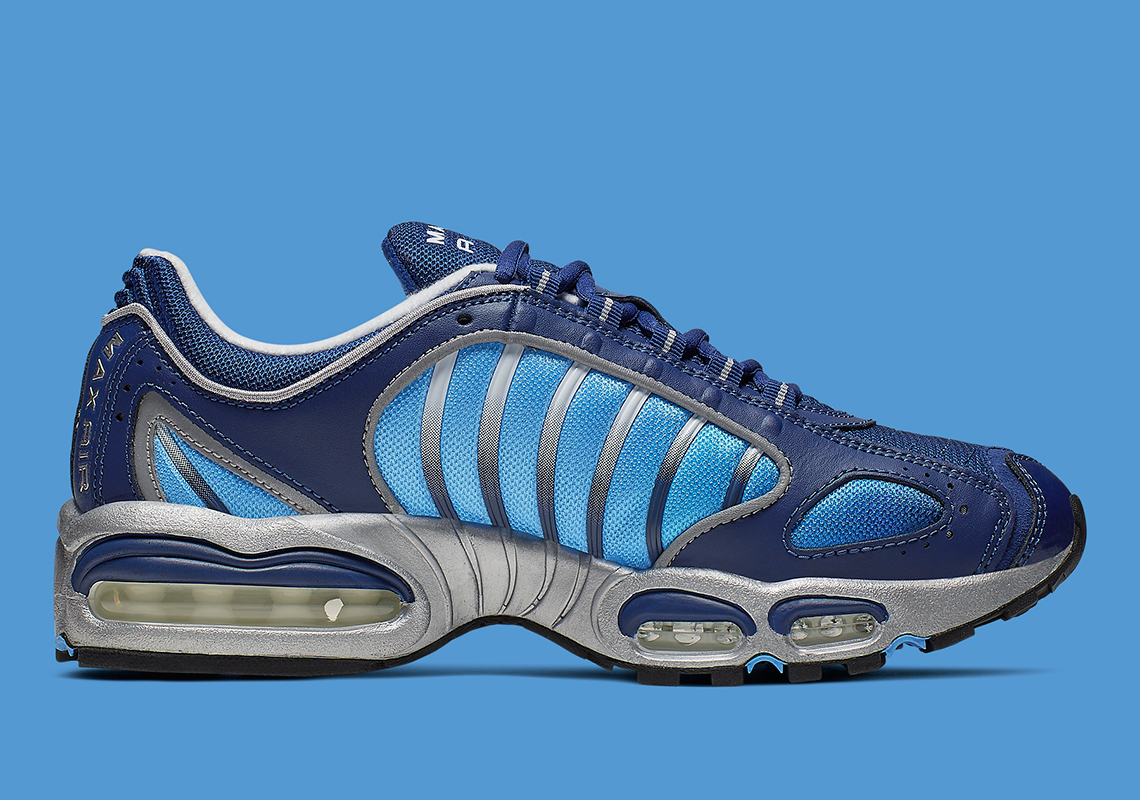 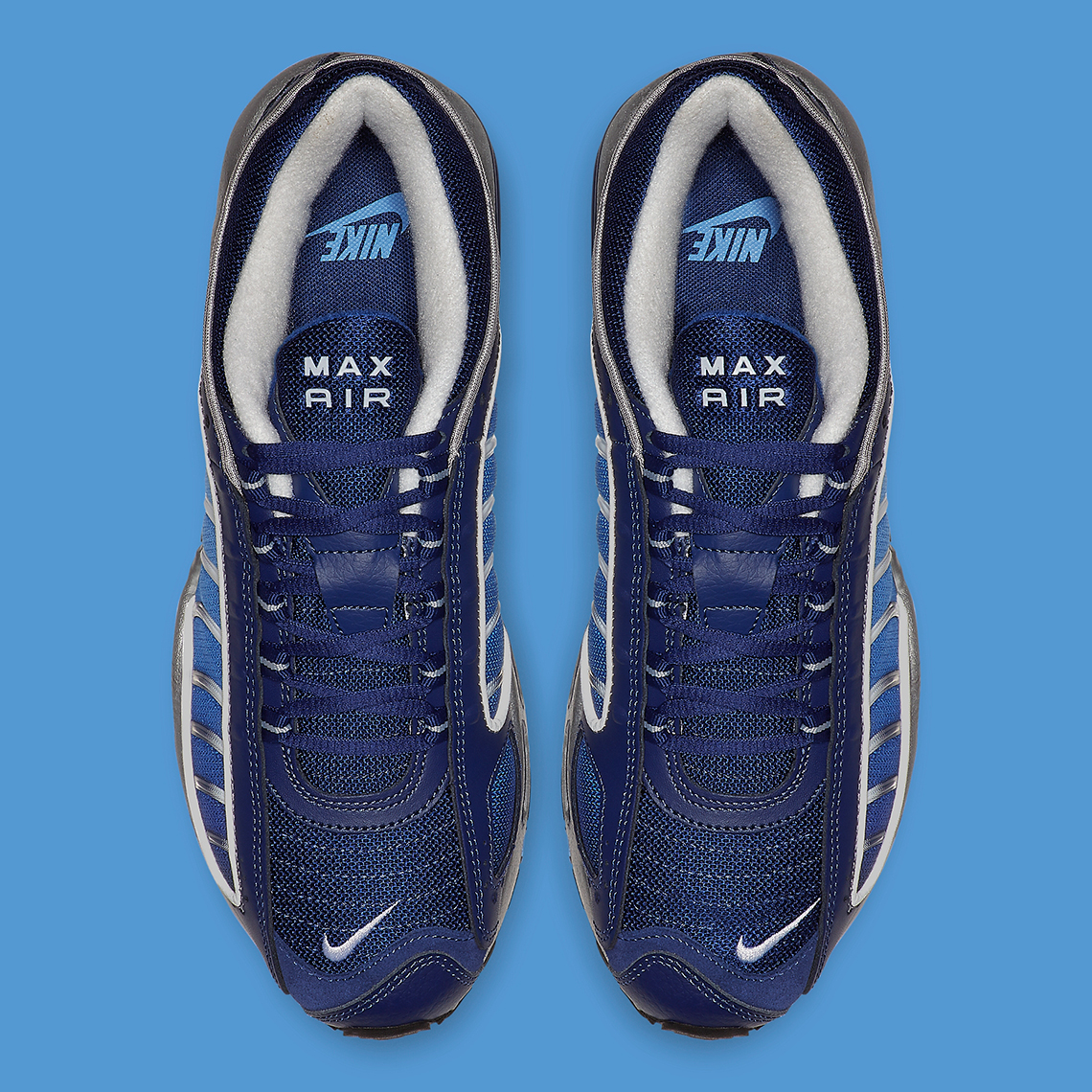 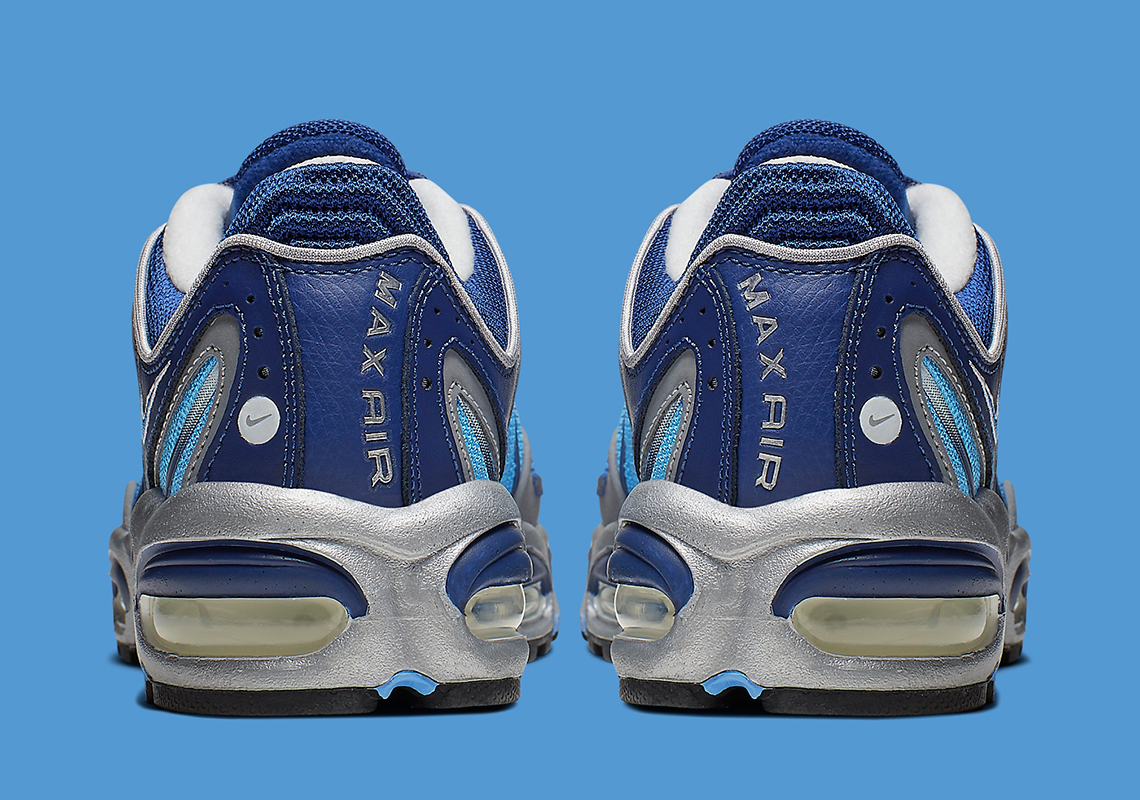 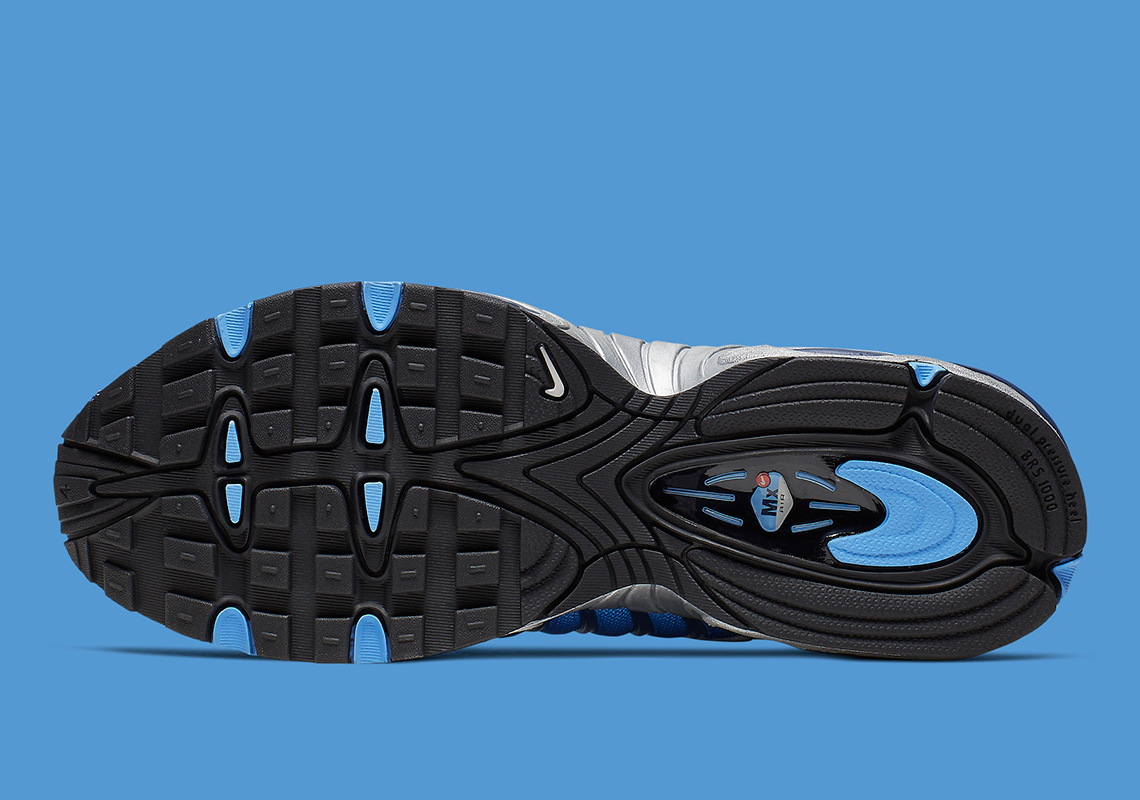