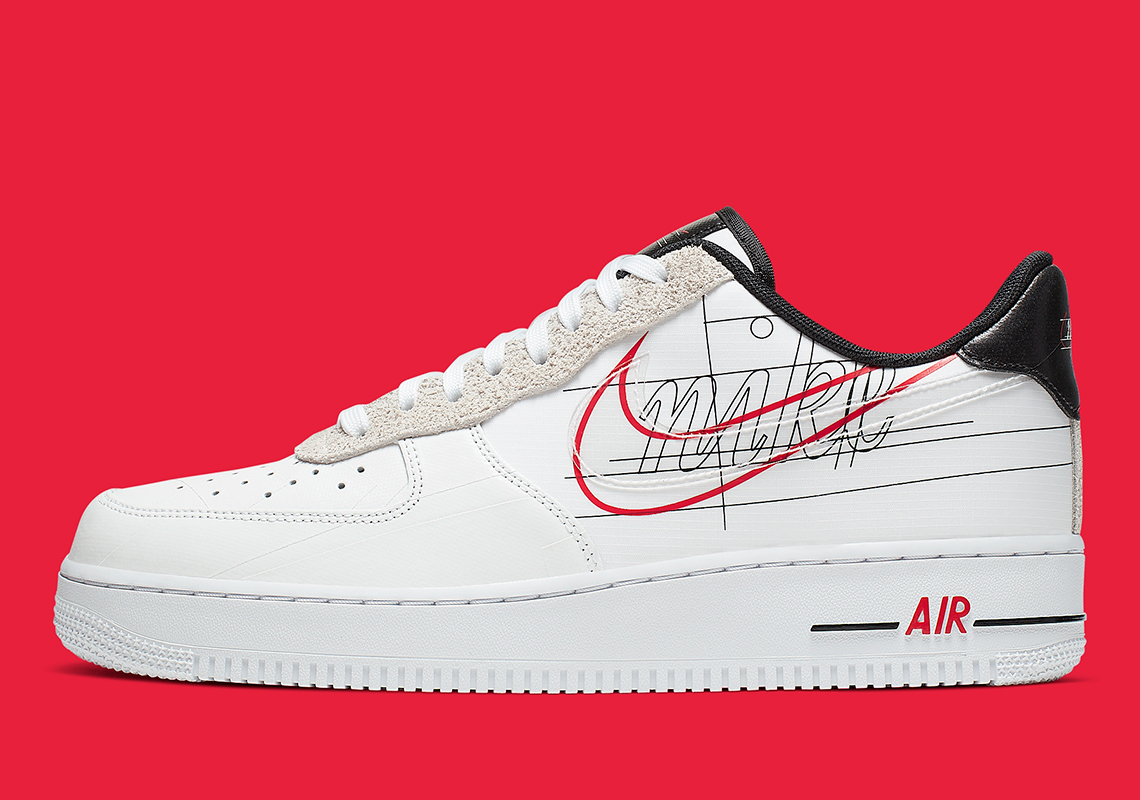 The Nike Swoosh is a powerful thing, and the Beaverton Brand is nodding to its genesis and early history in several ways over the course of August, one of which is the “Script Swoosh” pack, a four-shoe collection that’s made up in part by this new Air Force 1 Low. The “Script Swoosh” pack takes it all the way back to the process behind Carolyn Davidson’s original check design, featuring a red printed Swoosh on its midfoot that’s accompanied by a black Nike text logo and black graph paper-style lines. This whole agglomeration of inspiration is then overlaid by a translucent plastic Swoosh for an ultra-clever touch of layered detailing. A similar graphic also appears in smaller form on both the tongue badge/heel tab, and is printed on the insoles. The rest of the shoe is then kept relatively simple, thanks to a crisp white leather upper with black trim, shaggy tan suede on the eyestays, and a white midsole/outsole combo with black and red detailing on the heel’s iconic embossed Air graphic. These “Script Swoosh” Nike shoes will release exclusively at Foot Locker, Inc. stores on August 10th, and will also be accompanied by similarly-styled takes on the Air Max 97, Air Max Plus, and React Element 55. Check out a buying guide and full set of official images below to ready yourself for their arrival. 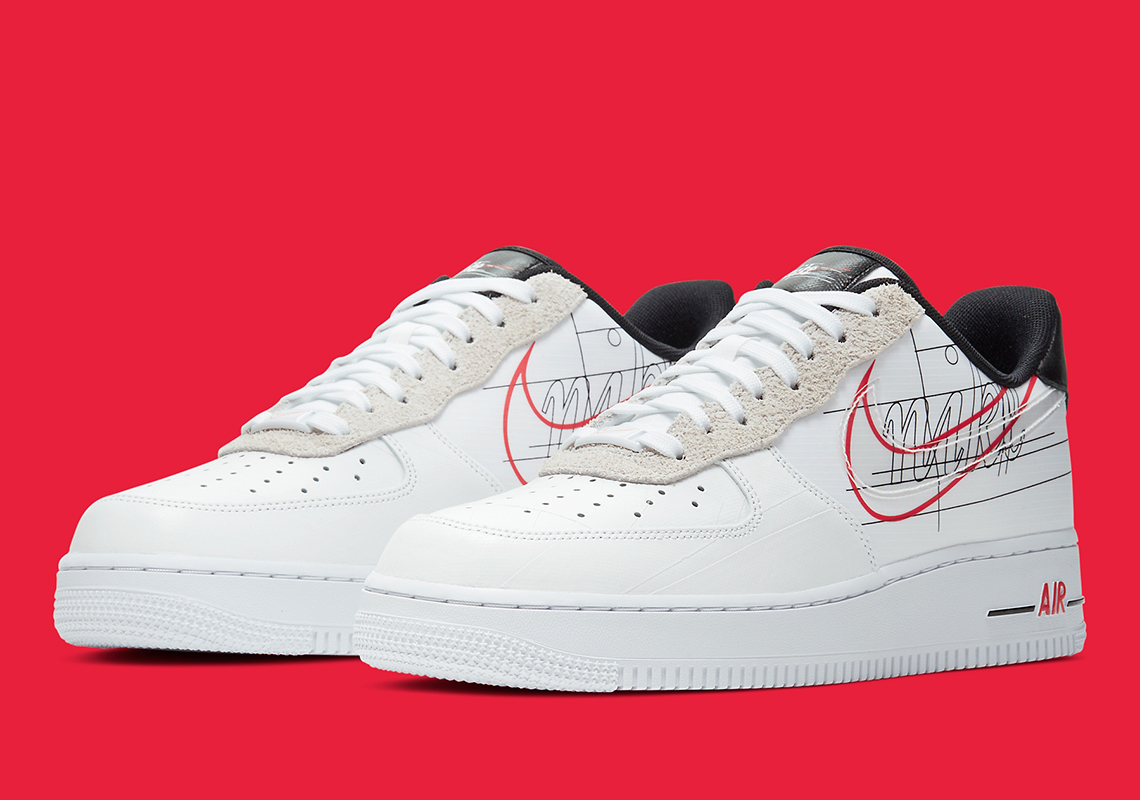 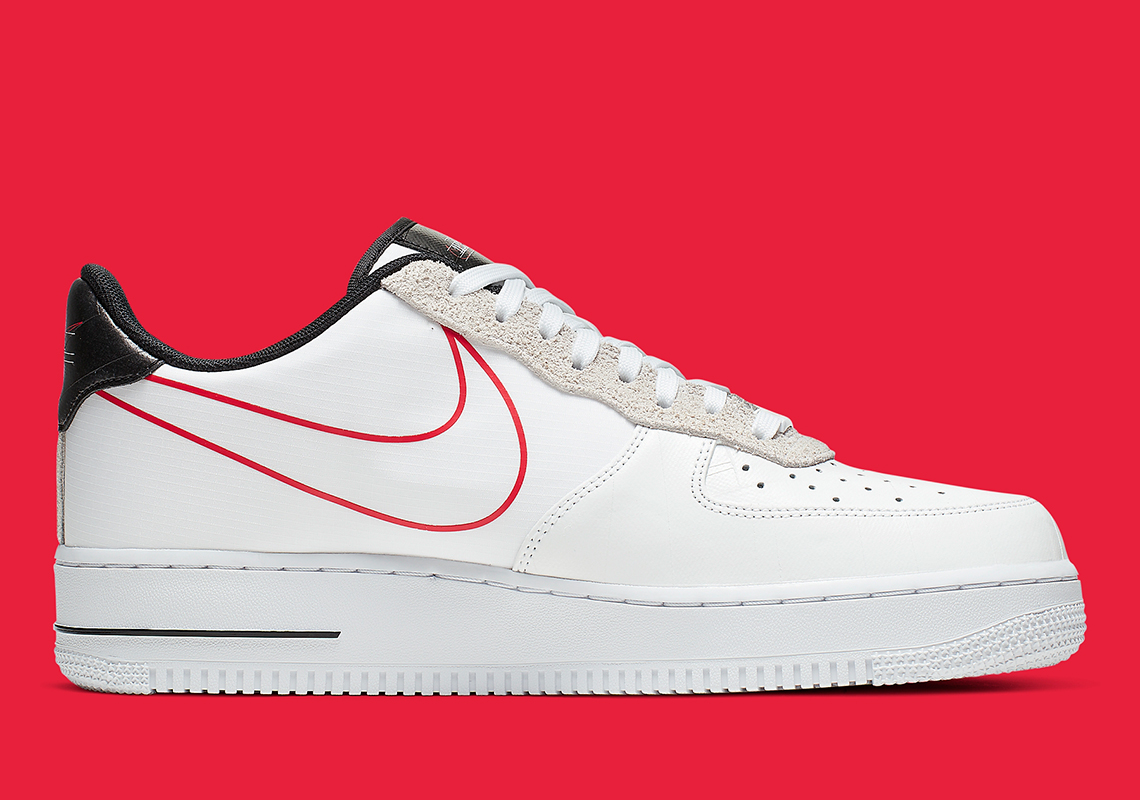 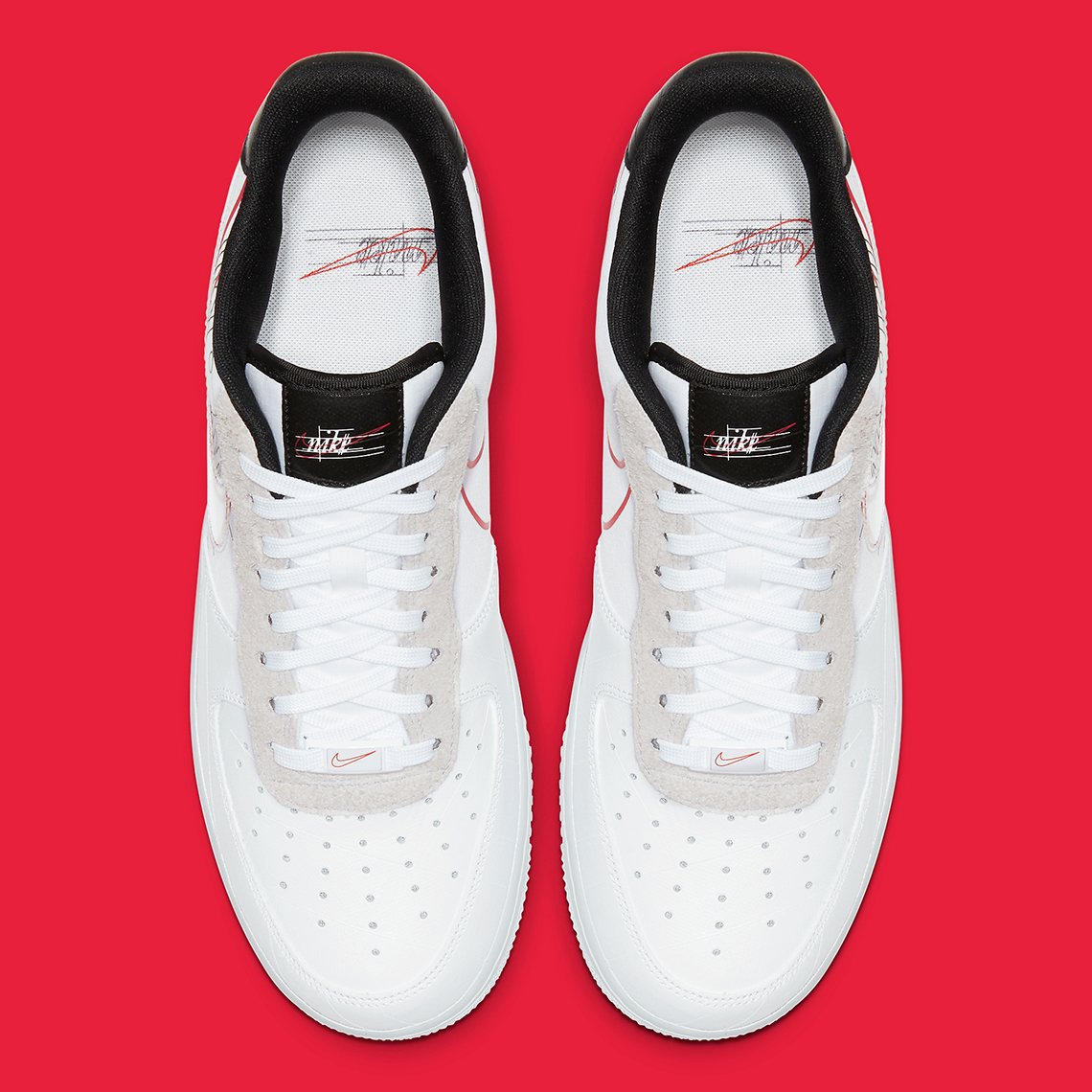 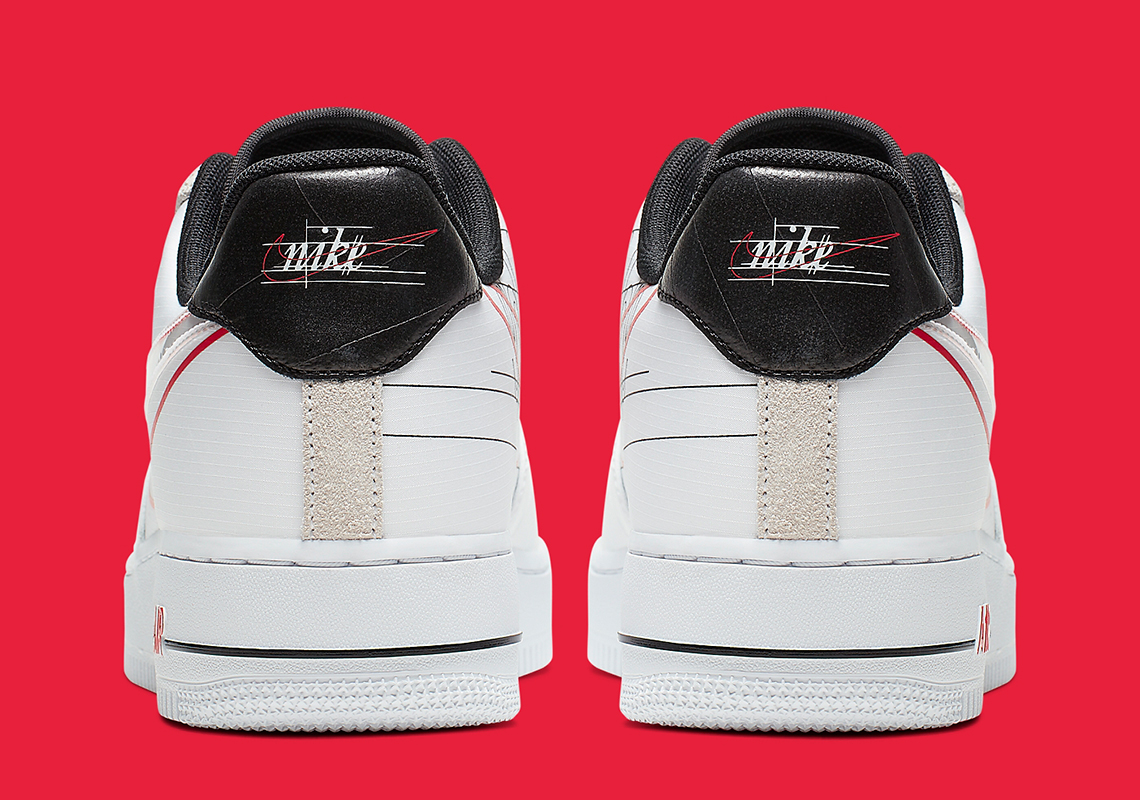 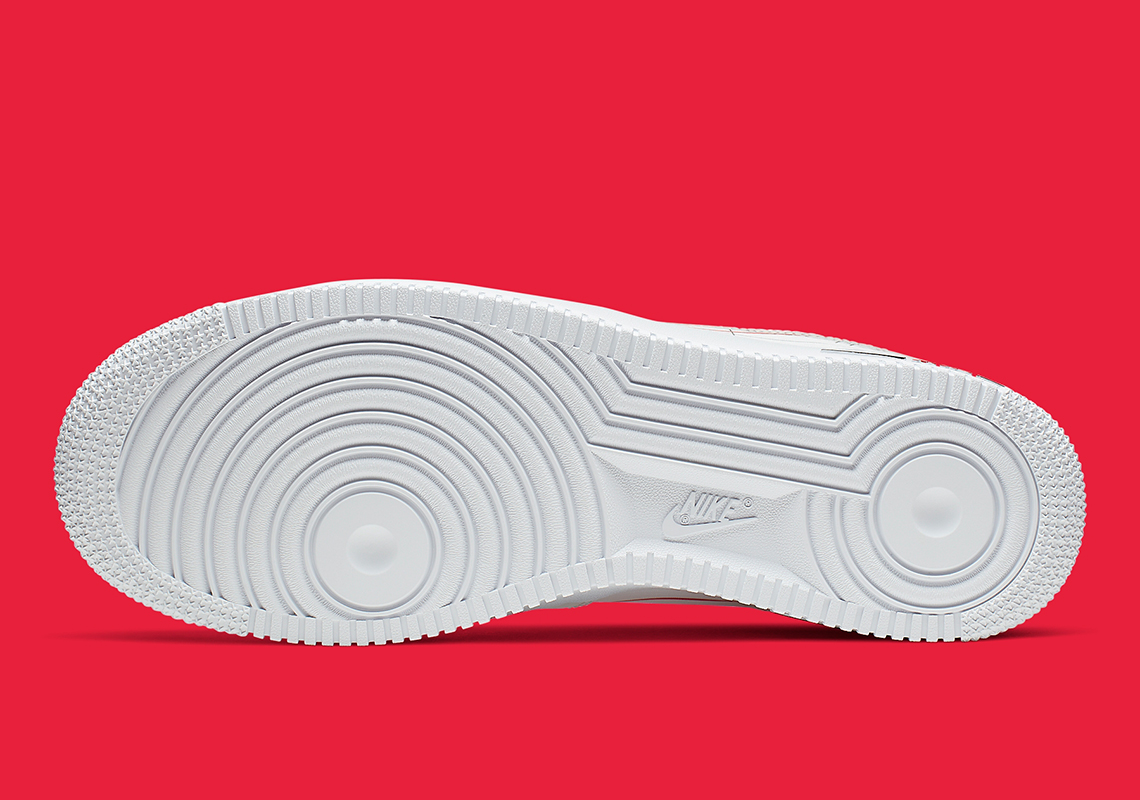