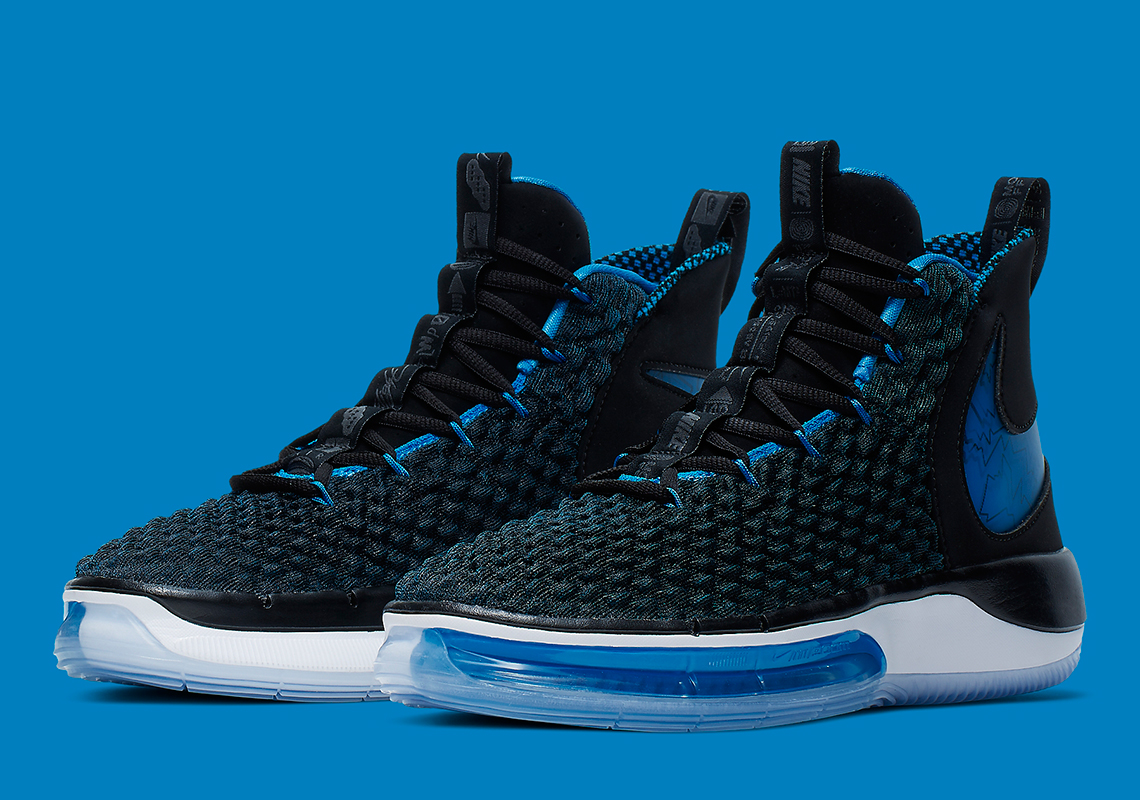 Nike’s new AlphaDunk honors the handiwork of some of the NBA’s most prolific aerial artisans with its colorways, and one of the high-flyers who’s receiving a homage is Aaron Gordon of the Orlando Magic, thanks to this new “Pure Magic” makeup. Inspired by Gordon’s incredible performance in the 2016 NBA Slam Dunk Contest in which he leapt over aptly-named Magic mascot Stuff for an amazing under-the legs slam that permanently stamped his name in the dictionary of daring dunkers, the new hoop shoes draw directly from the Magic’s blue-and-black palette. The textured woven upper mixes blue and black tones, while a black heel piece encircles a bold blue Swoosh, which itself boasts jagged abstract black detailing. Special branded hits run down both the tongue and heel tab, while the medial heel of each shoe features its own unique embellishment: the left shoe presents a “Library Of Bounce” hit, while the right offers a familiar “Flight” graphic. A white/black midsole with exposed forefoot/midfoot Zoom Air cushioning and a translucent blue outsole then completes the look. Yet another compelling chapter in the ever-expanding Library Of Bounce, you can expect these AlphaDunks to arrive on Nike.com soon, so check out a complete gallery of official images and a scintillating slow-mo video of Gordon’s performance directly below in the meantime. 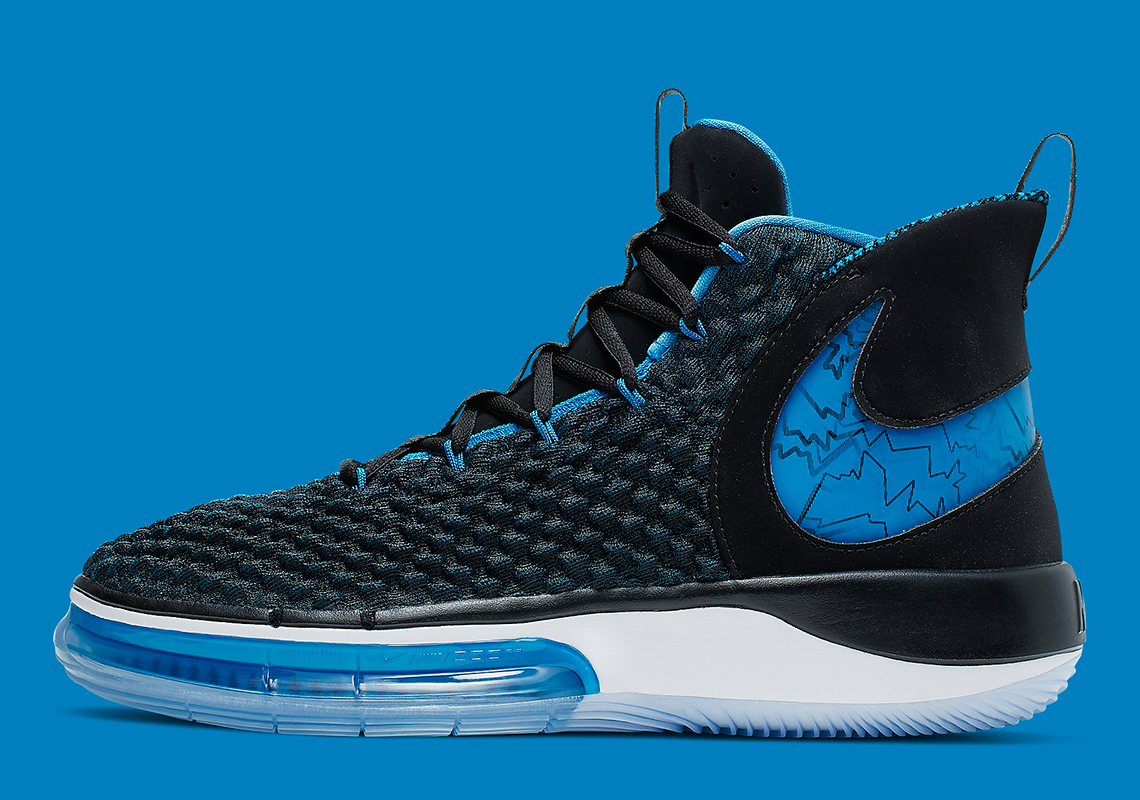 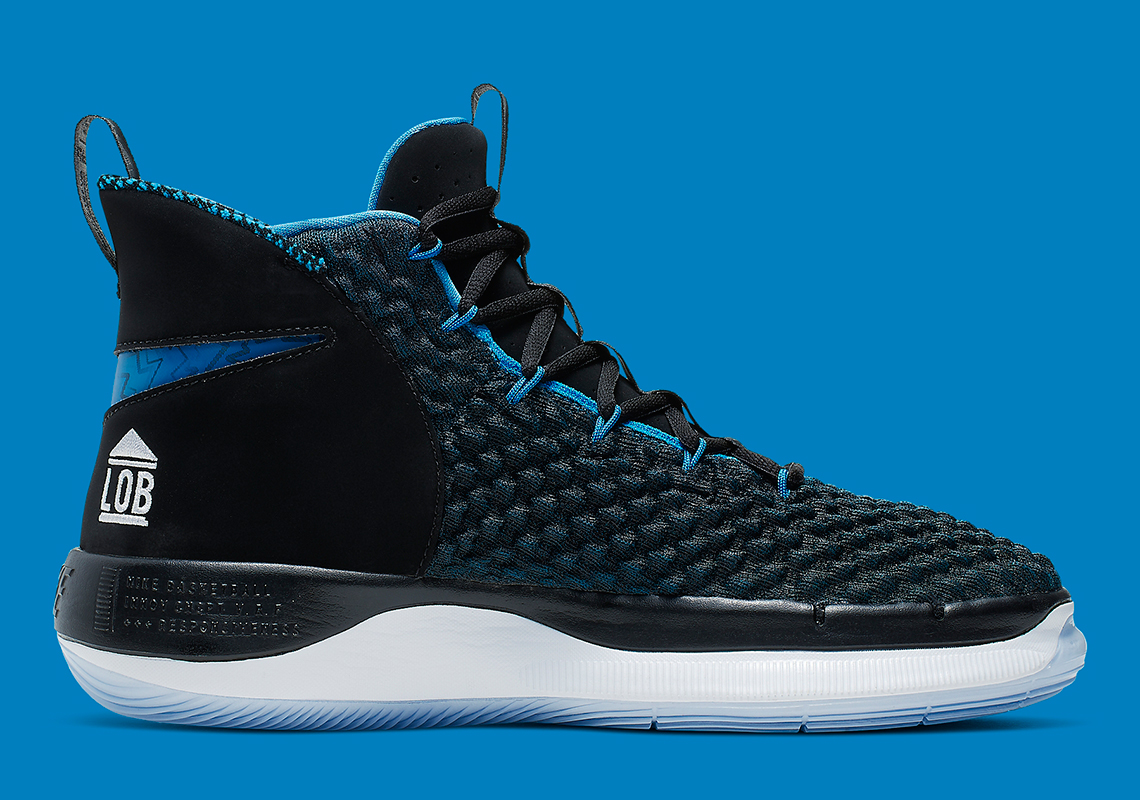 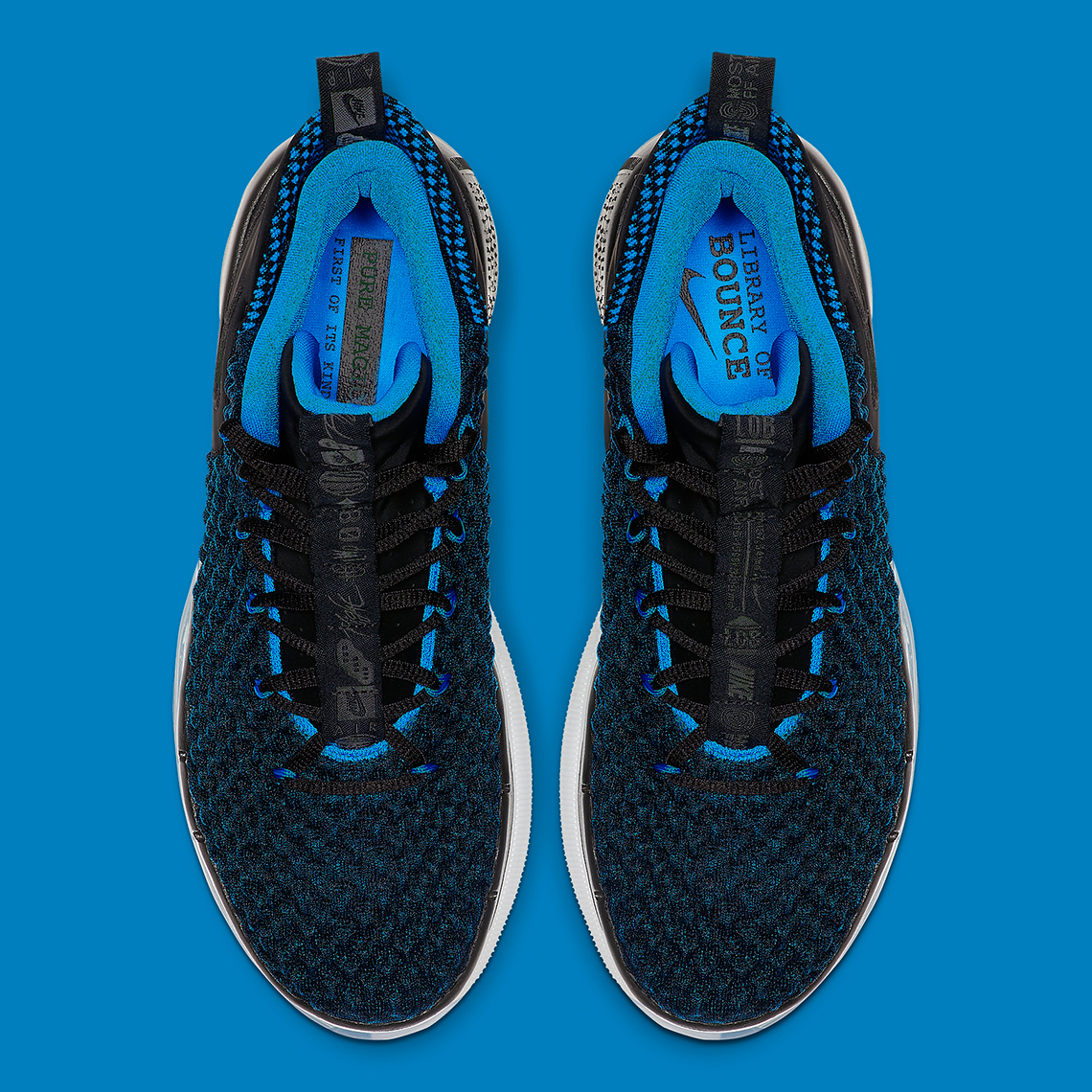 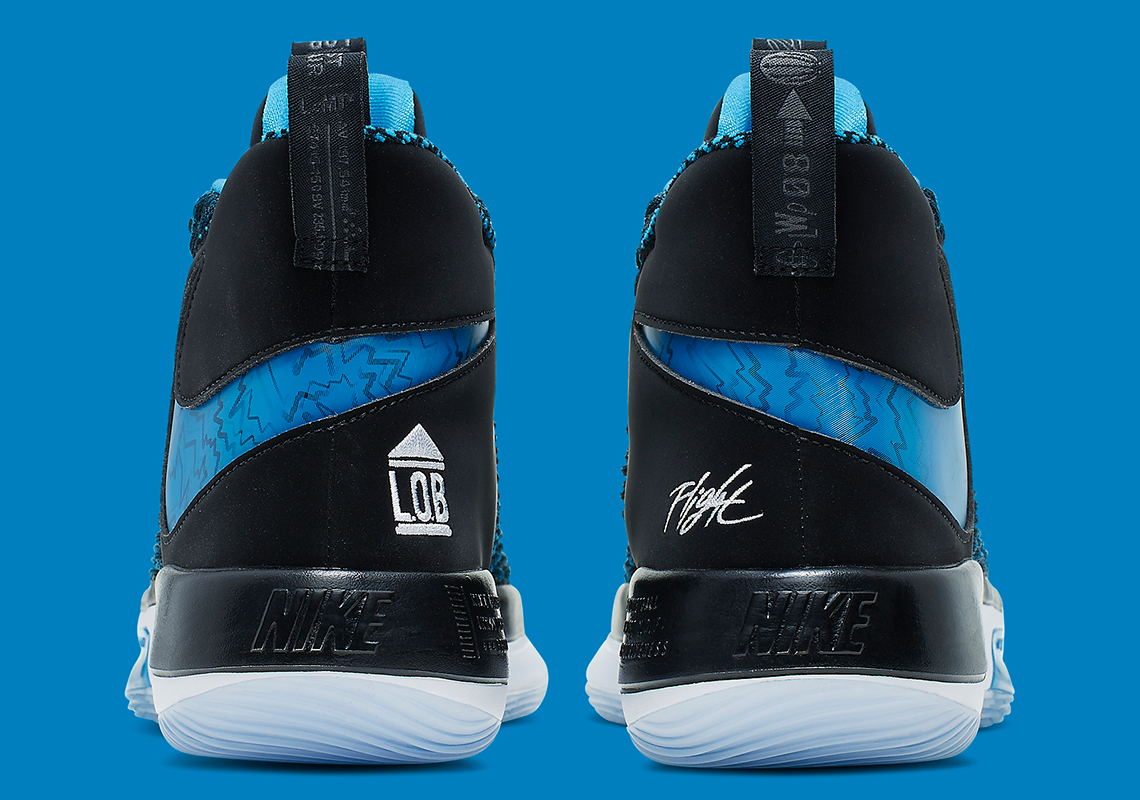 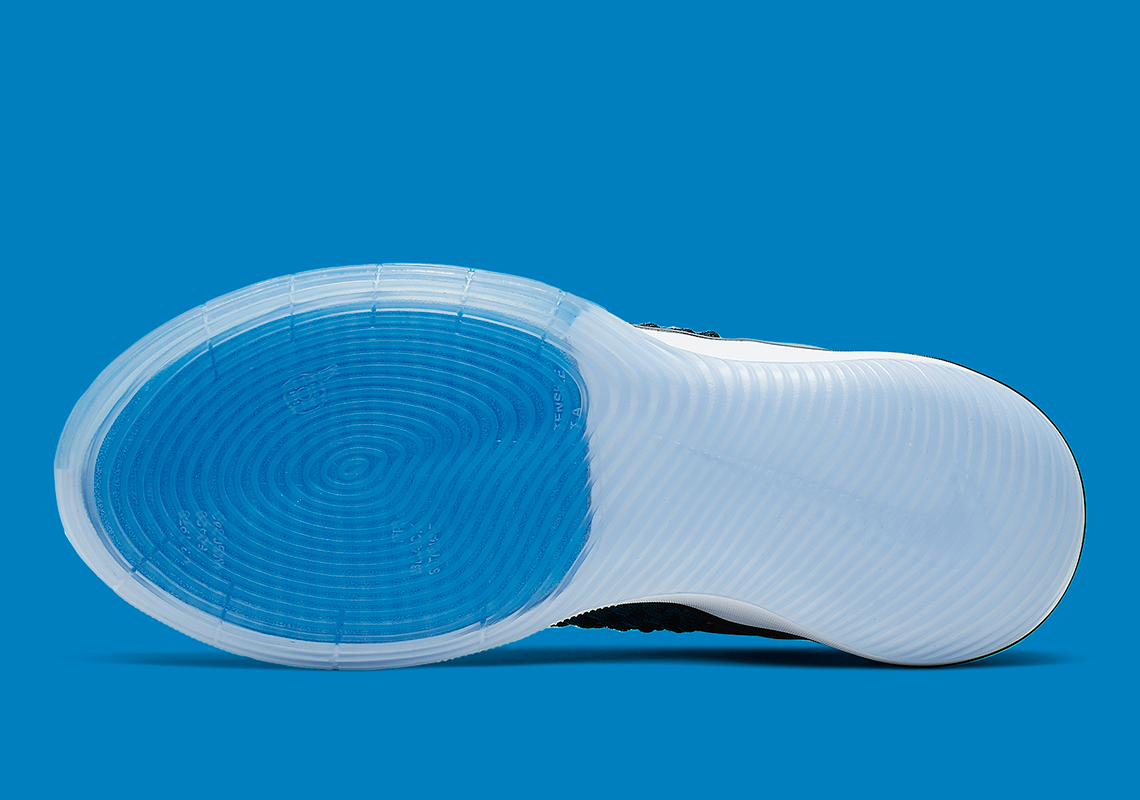