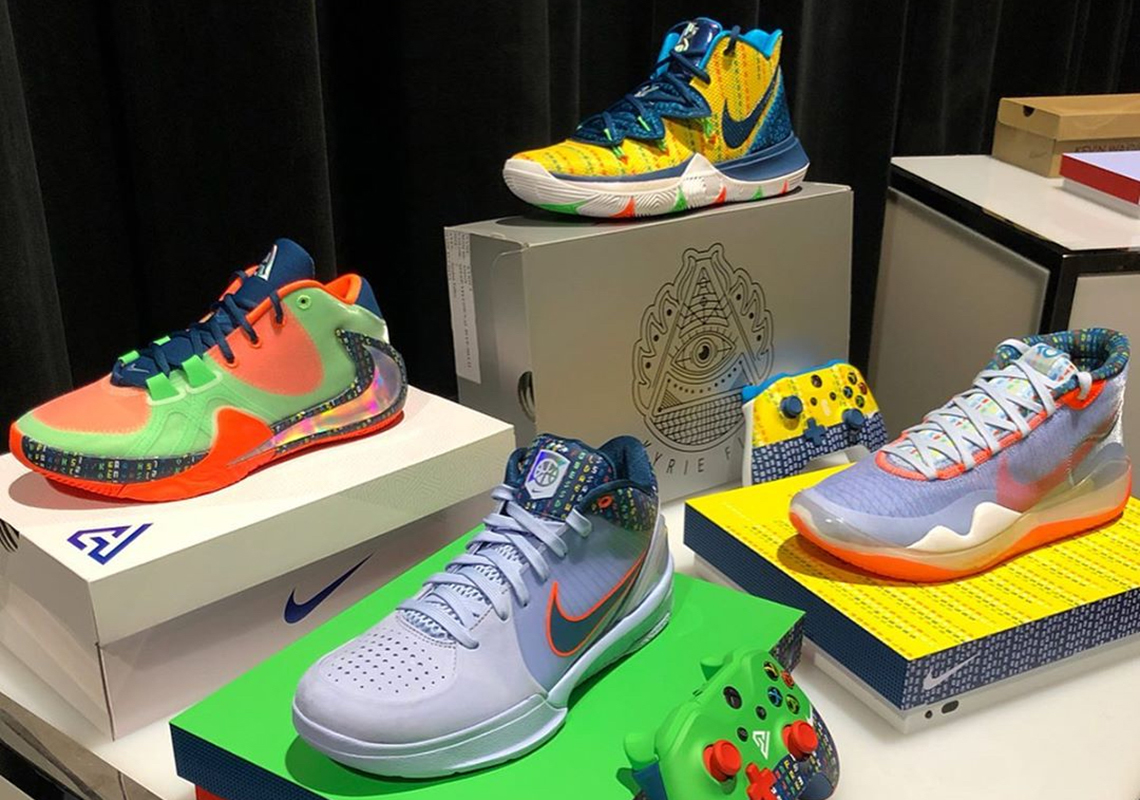 Kobe Bryant‘s Mamba Sports Academy gives the world’s finest young ballers a place to strut their stuff while also providing less-heralded hoopers with a chance to make a splash, and now the Swoosh Brand has unveiled an ultra-exciting four-pack of PEs that’ll be worn by 2019 Academy camp attendees. Made up of Giannis Antetokounmpo‘s Nike Zoom Freak 1, Kyrie Irving‘s Nike Kyrie 5, Kevin Durant‘s Nike KD 12, and the Mamba’s own Nike Kobe 4, each shoe offers a vibrant colorway and is equipped with a computer code-esuqe falling number-and-letter print.

Each pair spins the theme in a different way. The Zoom Freak 1 — arguably the most unique shoe of the bunch — takes on a green, orange, and navy palette, while equipping a translucent overlay that covers the whole upper, an iridescent silver Swoosh, and further detailing on the midsole. The Kyrie 5 opts for a yellow base with two different shades of blue providing accents, and also offers the most “code” of the bunch, with the print completely covering its upper. Meanwhile, the KD 12 and Kobe 4 call upon similar styles, accenting their grey bases with navy/orange hits and positioning their print on the collar/sockliner. Early images show matching XBOX controllers as well, a further nod to the apparent video game theme. As these appear to be PEs, it’s unlikely that they’ll ever see a retail release. However, you can feast your eyes on all four designs right here, so take a look directly below and let us know which pair is your personal favorite as well. 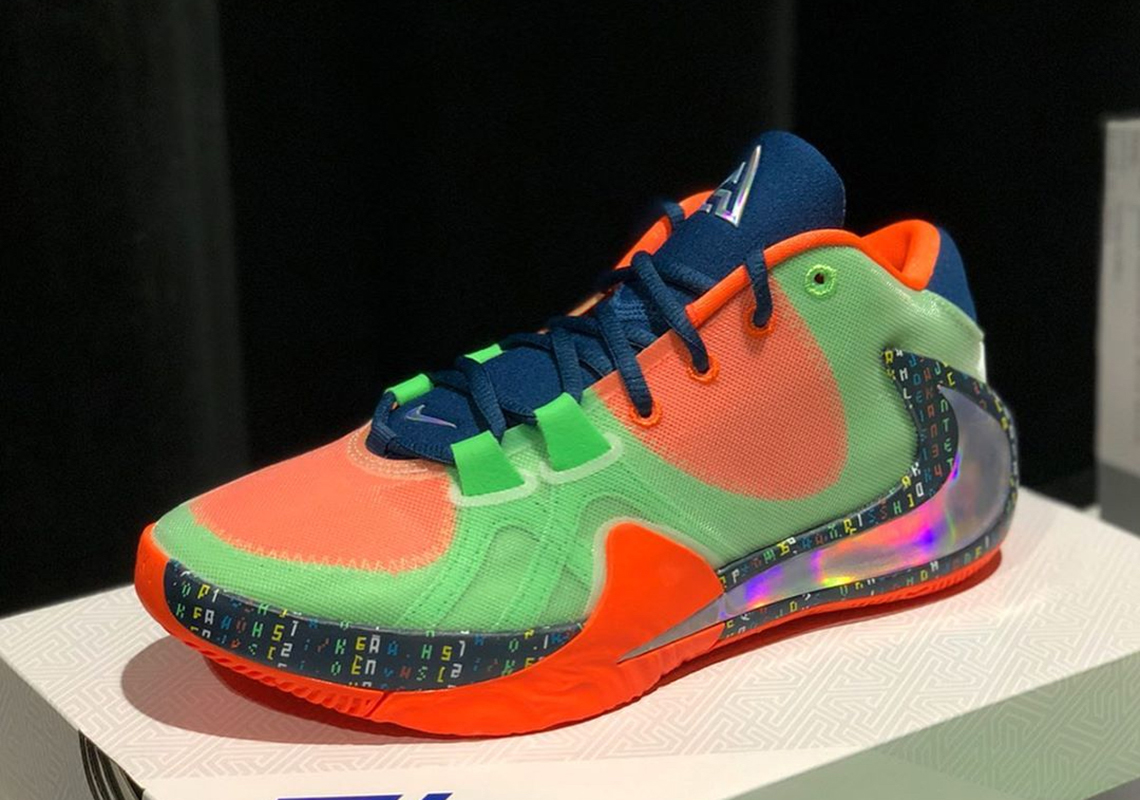 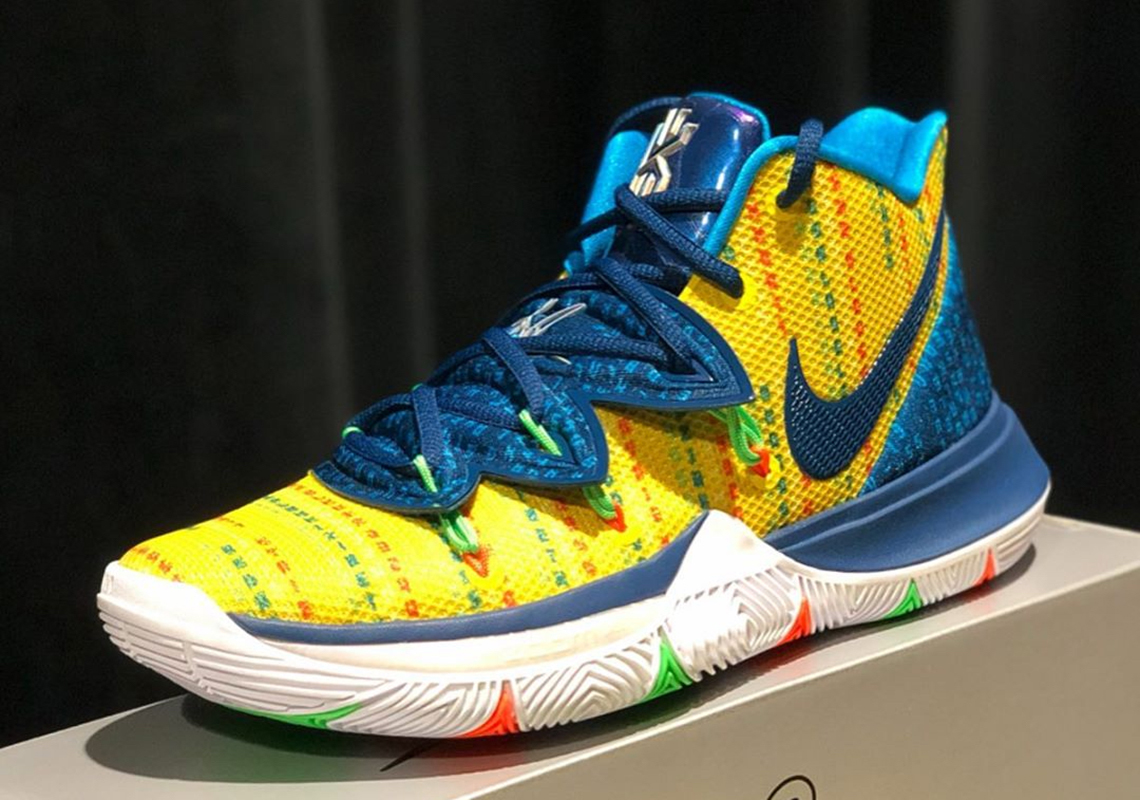 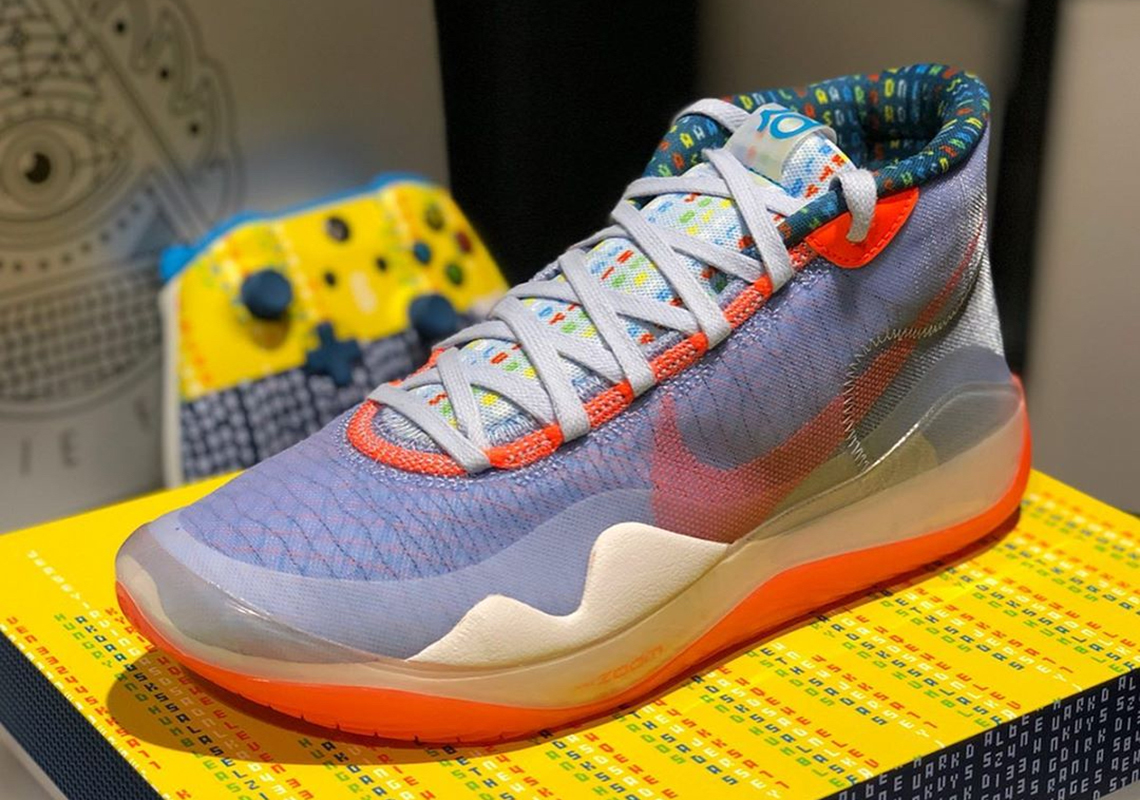 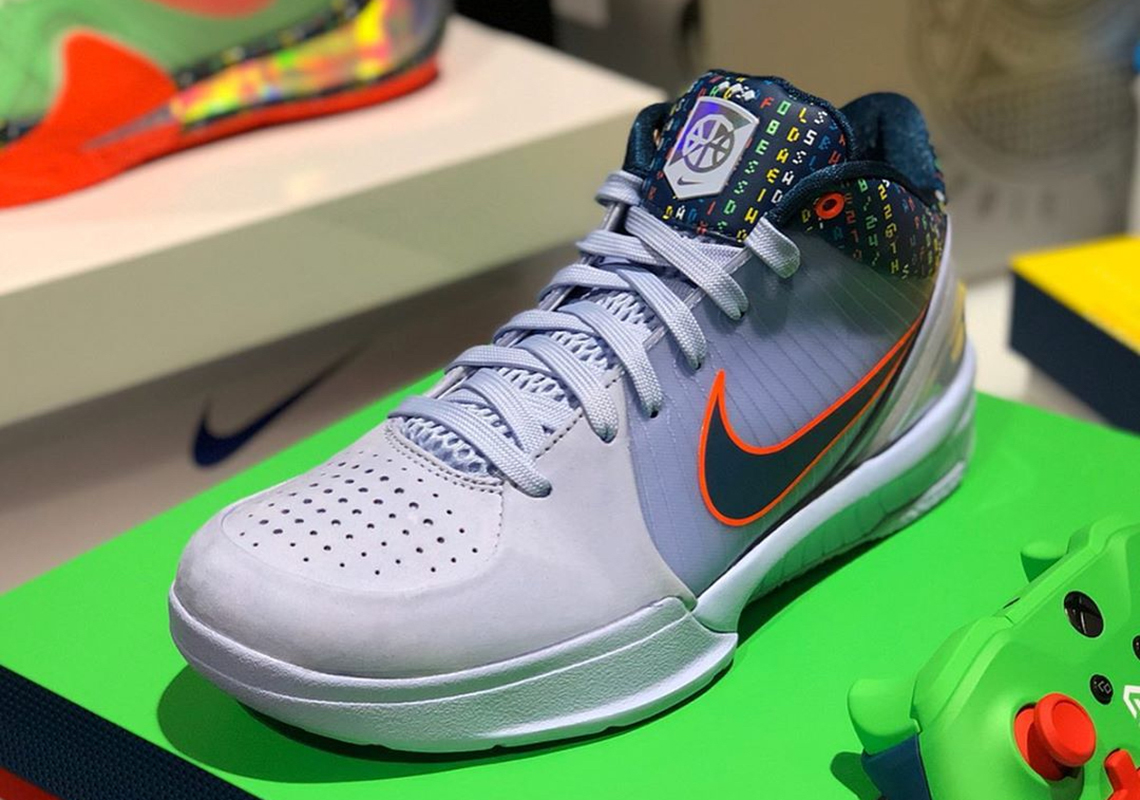