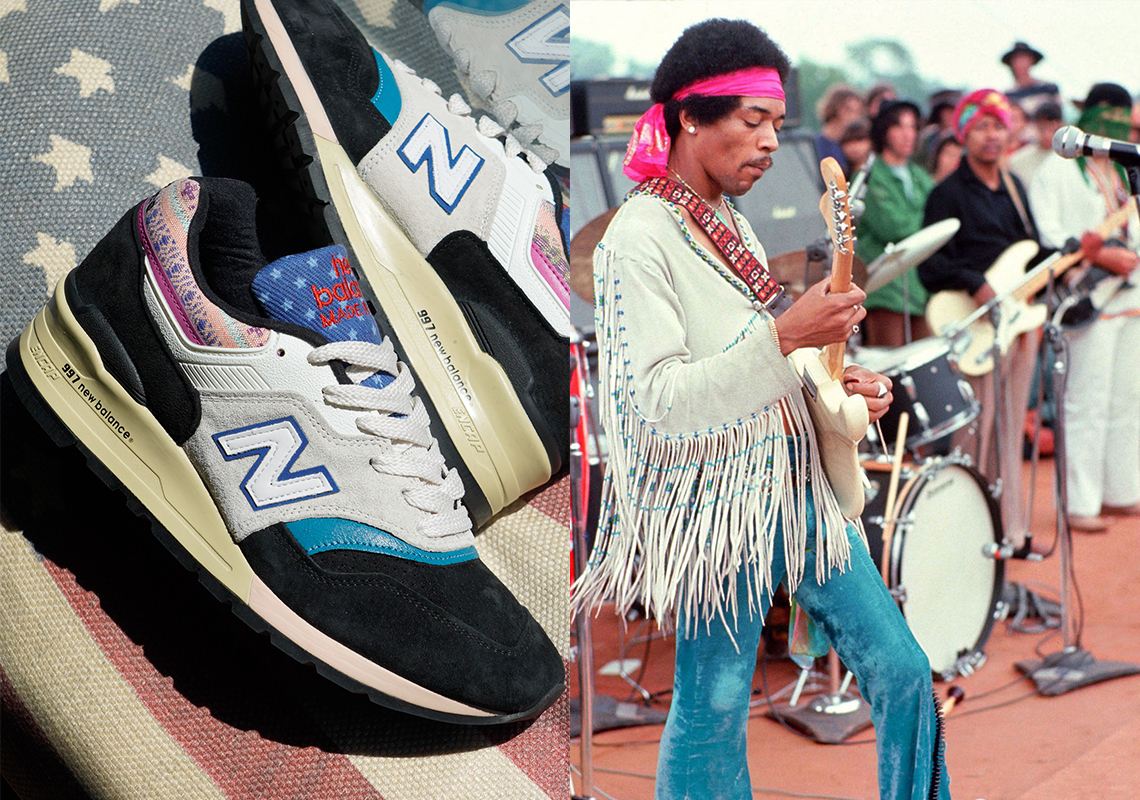 This weekend marks the 50th anniversary of the legendary Woodstock Festival, so New Balance has created a special New Balance 997 that’s loosely inspired by the on-stage attire of the festival’s final performer: Jimi Hendrix. Every little piece of Hendrix’s outfit is included here: the grey suede quarter with blue trim acknowledges his wild fringed jacket, a bold blue piece by the toebox nods to his bell-bottom pants, and the heel checks off both his headband and patterned guitar strap with its mix of purplish-pink hues and prints. A slightly yellowed ENCAP midsole provides both comfort and cushioning, while also managing to salute the cream-colored guitar Hendrix brought on stage and played upside-down in his signature left-handed fashion. However, the most notable detail of all may very well be the star-equipped blue tongue with red text, a possible salute to the legendary rocker’s militant rendition of the US national anthem. A fitting tribute to one of the tremendously influential festival’s greatest performers, you can expect these New Balances to release at retailers like Concepts soon, so enjoy a detailed look directly below in the meantime. 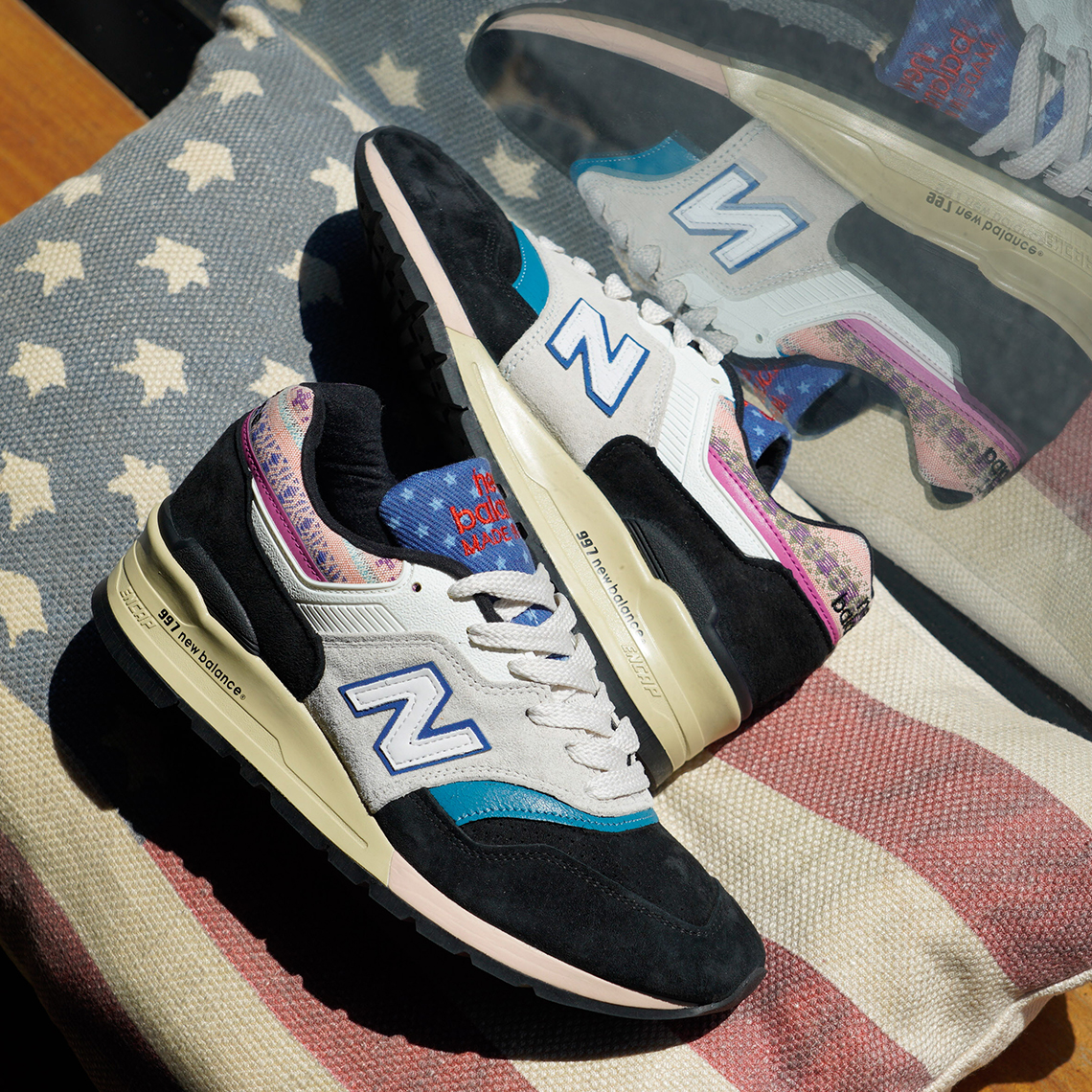 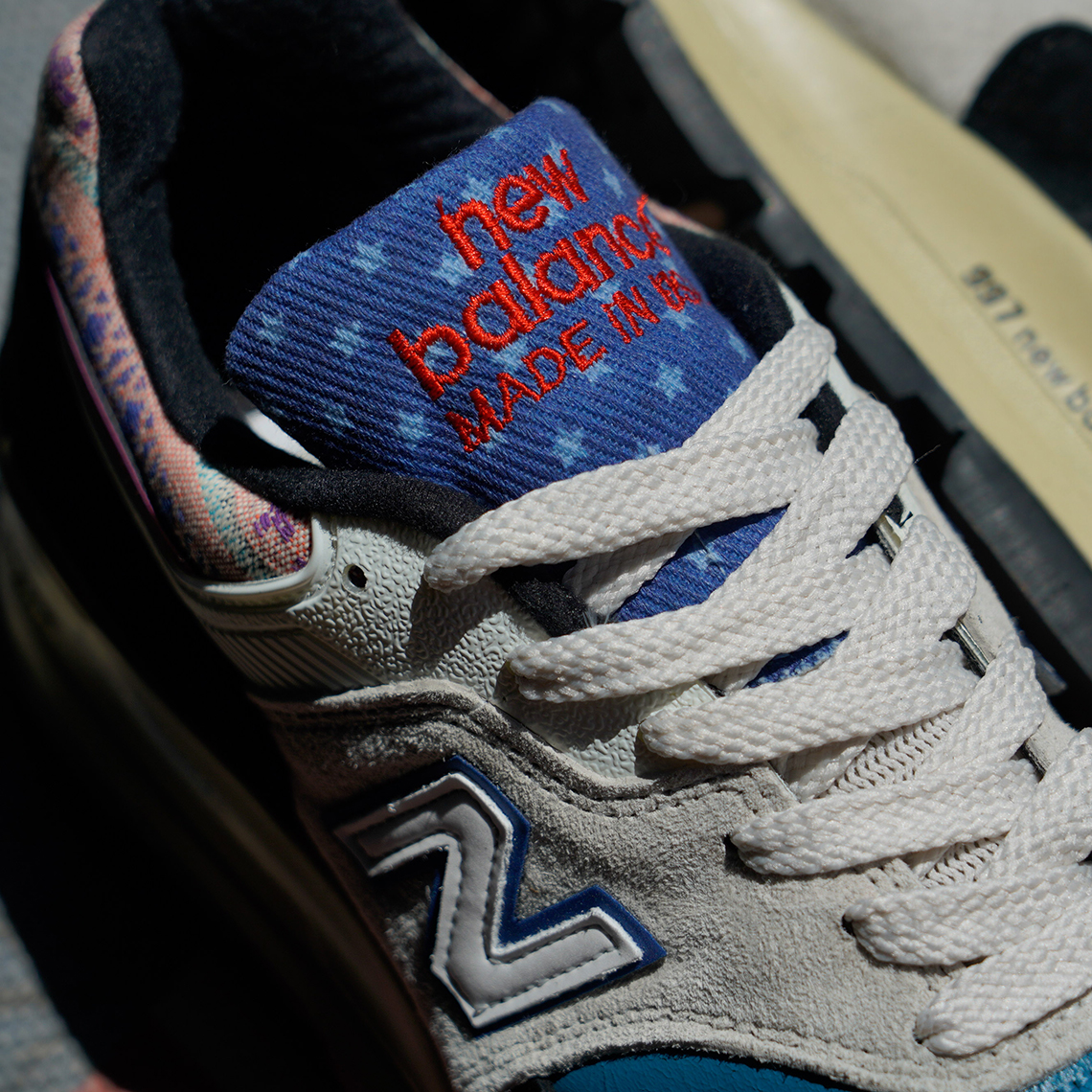 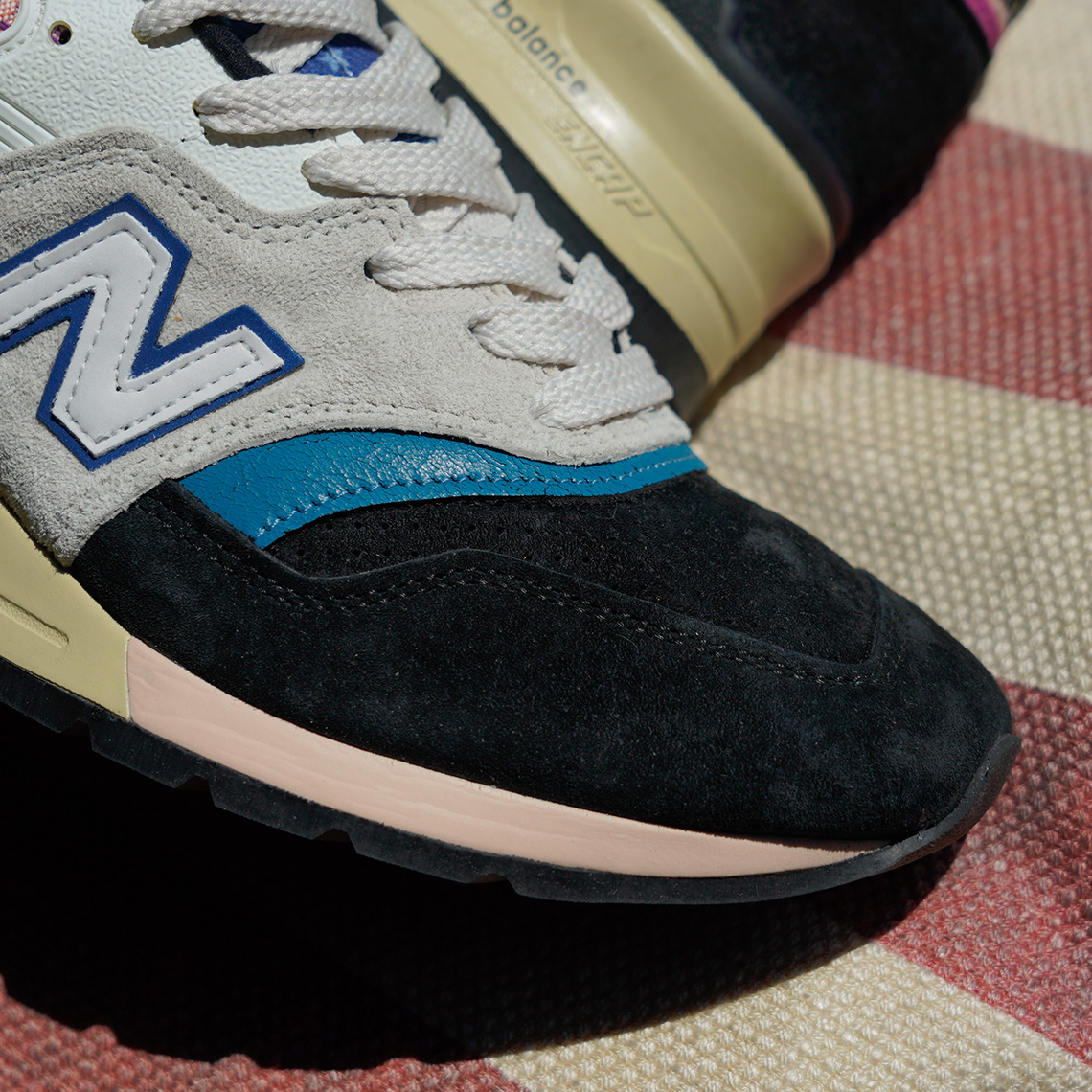 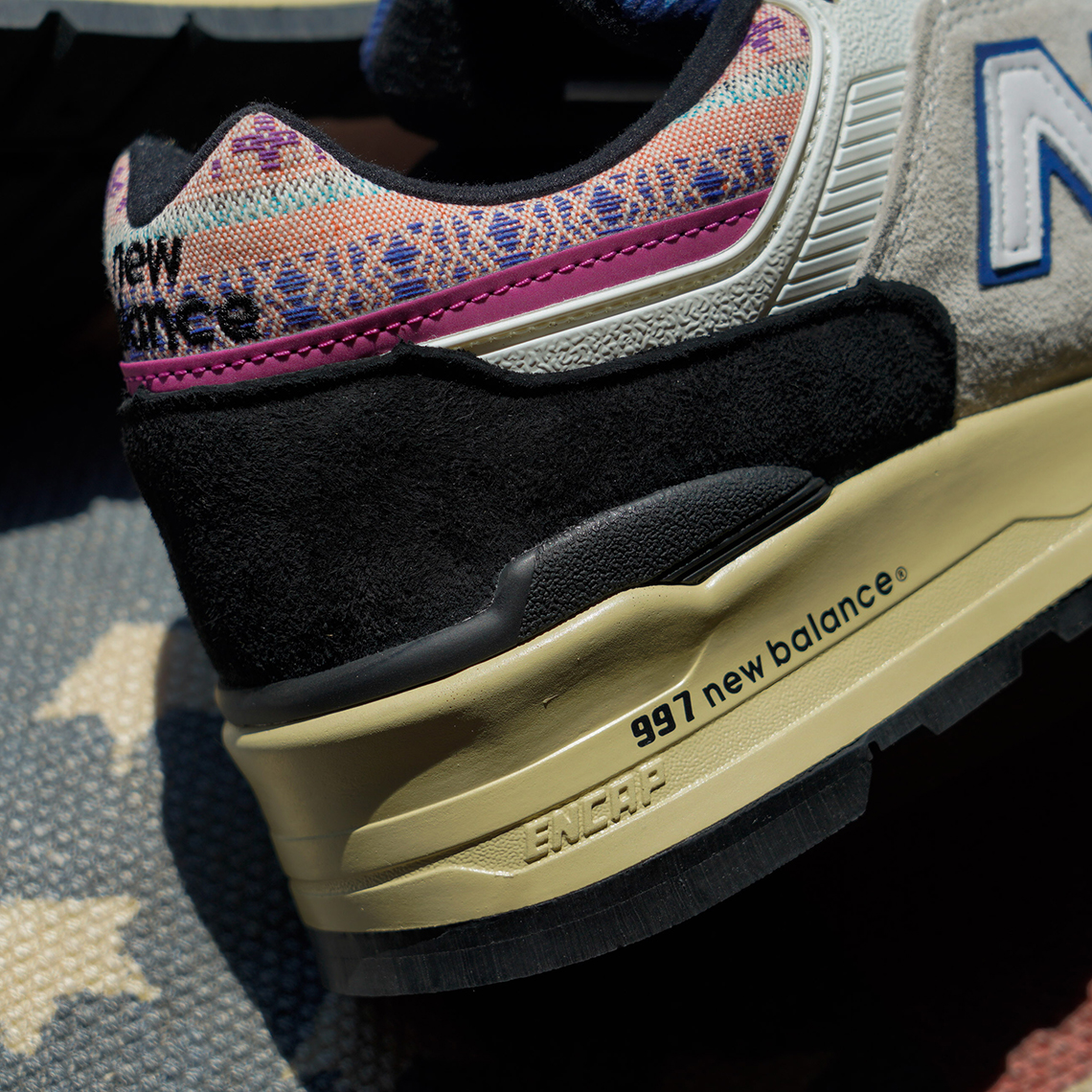