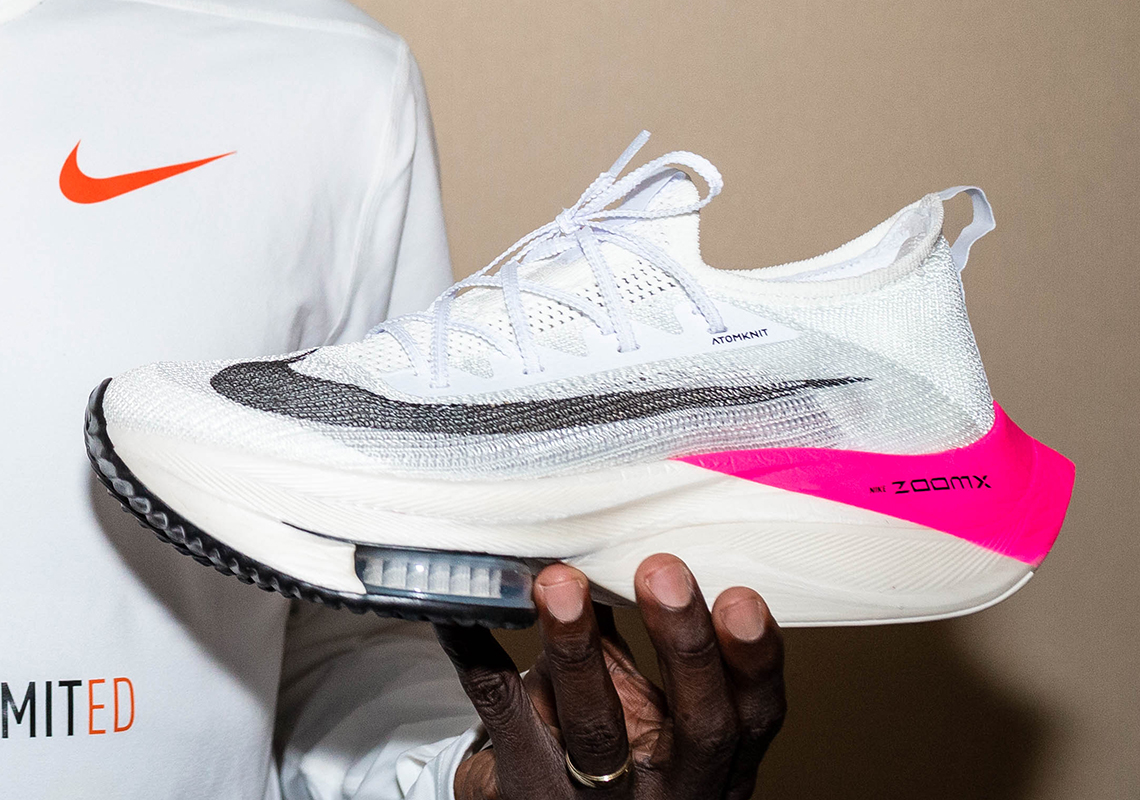 Three summers ago, Nike and long-distance Eliud Kipchoge embarked on the Breaking2 journey. With the Swoosh brand’s innovative spirit and the tireless legs of the long-distance runner, Breaking2’s final goal was the break the two hour mark – a first ever for a marathon. Despite missing the 120-minute mark by a mere 25 seconds, Kipchoge’s rtimes thereafter were some of his career bests and even set a new world record in 2018’s event in Berlin. All of this was helped by Nike’s experimental running range supported by the ZoomX platform. The streamlined design was focused on diminishing any sort of resistance, but it was the game-changing NEXT% that proved a difference maker.

In Vienna on October 12th, Eliud will lace up the latest iteration of NEXT%. This brand new model shares the razor-sharp aesthetic while introducing a re-tooled midsole that boasts a visible Zoom unit at the fore-foot. With learnings from Flyprint, this new model also debuts an Atomknit upper. Regardless of the outcome of the race, Eliud and Nike will continue its partnership to prompt more feedback – all in an effort to create the best running shoes on the planet. 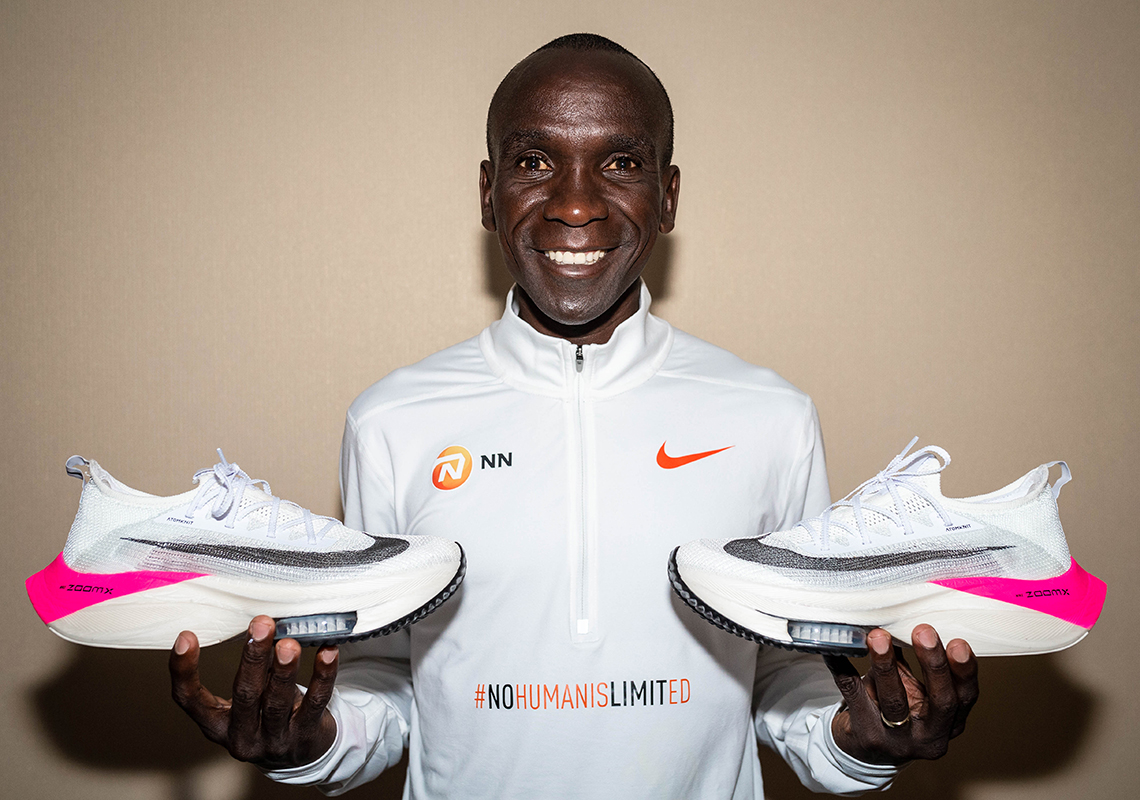 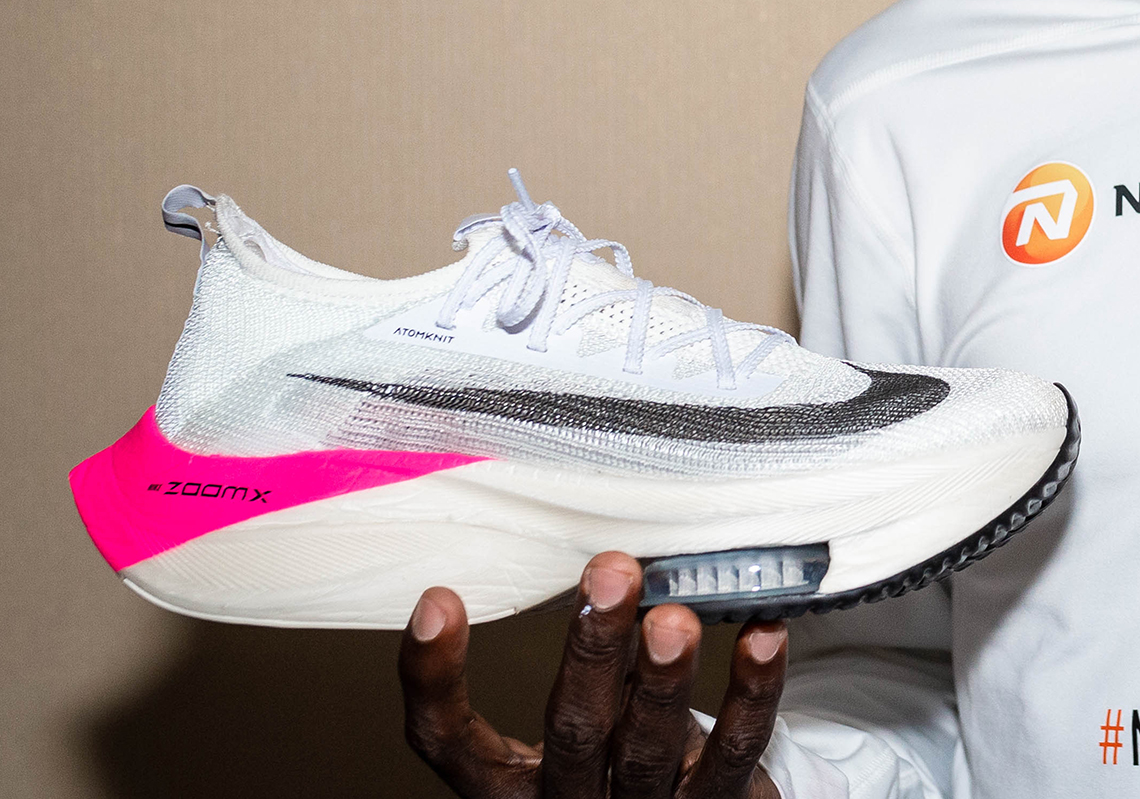