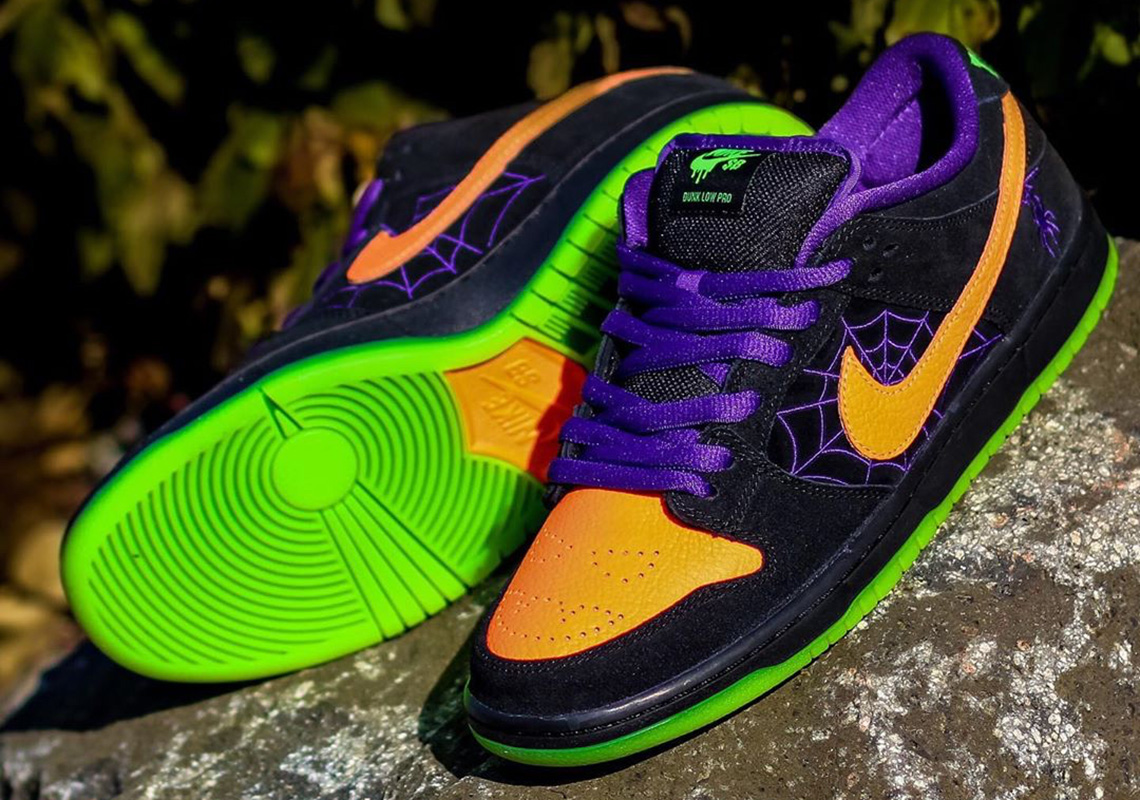 Where To Buy The Nike SB Dunk Low “Night Of Mischief”

Dropping on Halloween rather than before it, the Nike SB Dunk Low “Night of Mischief” won’t quite make it to your own festivities, but its spooky graphic touch-ups and heavily on-theme modifications make it a pair that wouldn’t be offensive if worn year-round. Essentially a return to playful form for the silhouette, referencing the holiday just as it once did with past schemes, the pair takes on modifications across its entire outward construction. Swooshes and toe boxes dye in fitting orange with the latter fixture even bearing the face of jack-o-lantern with its perforations; backdrops of black suede call to nighttime itself while trick-or-treating classics like ghosts and slime greens sit along the inner tongue tab and tread, respectively. Right atop the side lies a spider and its giant web dressed in purple to match both the lining and laces. Heels, which are mostly barren save for its “TRICK” and “TREAT” graphics dyed in bright neon, a small addition just like the pumpkin guts along the insole. Grab a detailed look here, and though some skate shops have already released theirs and are set for raffles this weekend, they’ll be seeing a wider roll out at retailers and Nike.com as well as globally on October 31st.

UPDATE: The Nike SB Dunk Low “Night of Mischief” will be hitting shops on October 25th. US shops, however, we’ll able to sell as soon as they’re received and SNKRS is still set for the original 31st date. 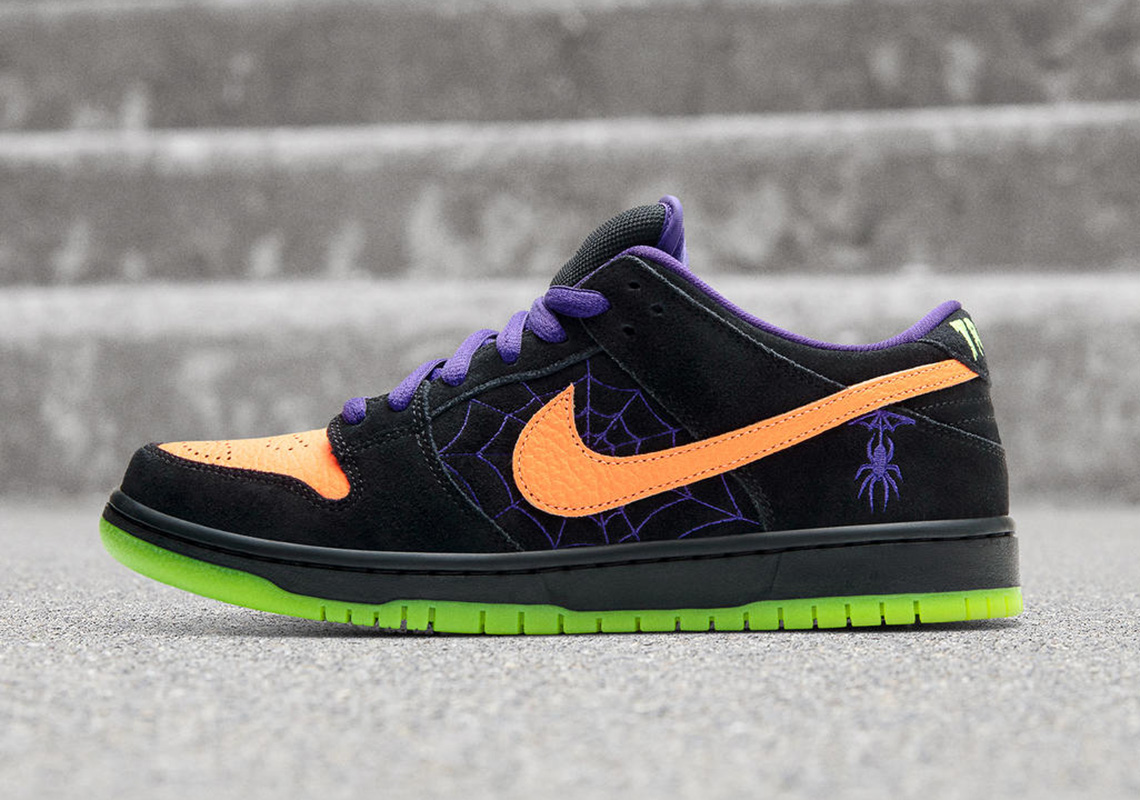