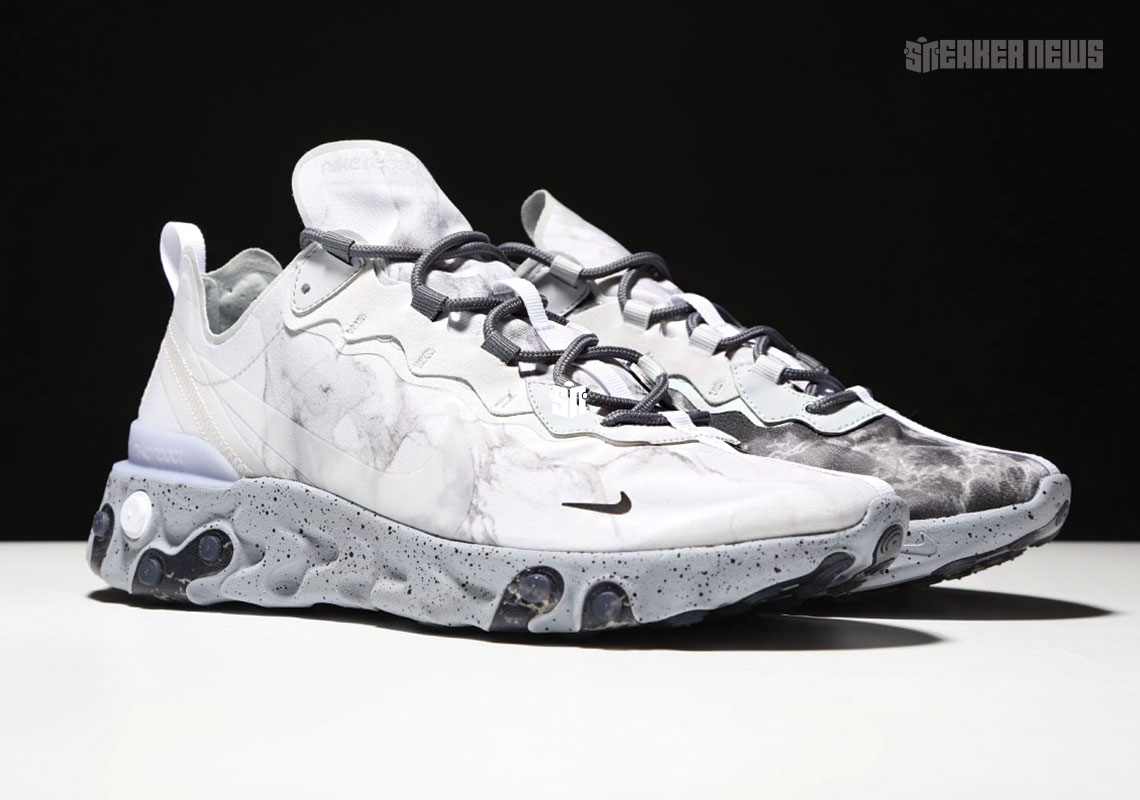 Nike’s first project endeavor with Kendrick Lamar focused on the Cortez with four heartfelt iterations of the immortal relic of Compton fashion. Swiftly transitioning from the throwback era to a modern one, the next collaboration now shifts to the Nike React Element 55; while it may seem like a far cry from the simpler retro runner, the React Element 55 has its similarities to the Cortez due to their shared affordability and comfort. Perhaps that’s why the pairing between K-Dot and the 55 seems to work the more you look at it.

The upper is easily recognizable for its marble surface, with inverted colors providing a stark contrast via a longitudinal seam covered by an exterior ribbon. The over-sized Swoosh logo remains, but via a transparent overlay that is rather difficult to zero in on against the white marble. There is, however, a miniature Swoosh in black placed at the fore-foot. The structural integrity of the midsole remains, but some visual toppings via a speckle print and the black marble detailing appears on the traction rivets. Whether it be symbolism or an outright text layout, there exists no specific call-out to Kendrick Lamar, although the design concept surely has a connection to the award-winning musician.

The Kendrick Lamar x Nike React Element 55 is scheduled for a release on November 5th, 2019 with an MSRP of $150. The store list below will be regularly updated, so check back often to see if your local shop will be stocking these on 11/5. The Top Dawg Entertainment online store will release them first on November 4th.

Where to Buy (Raffle) 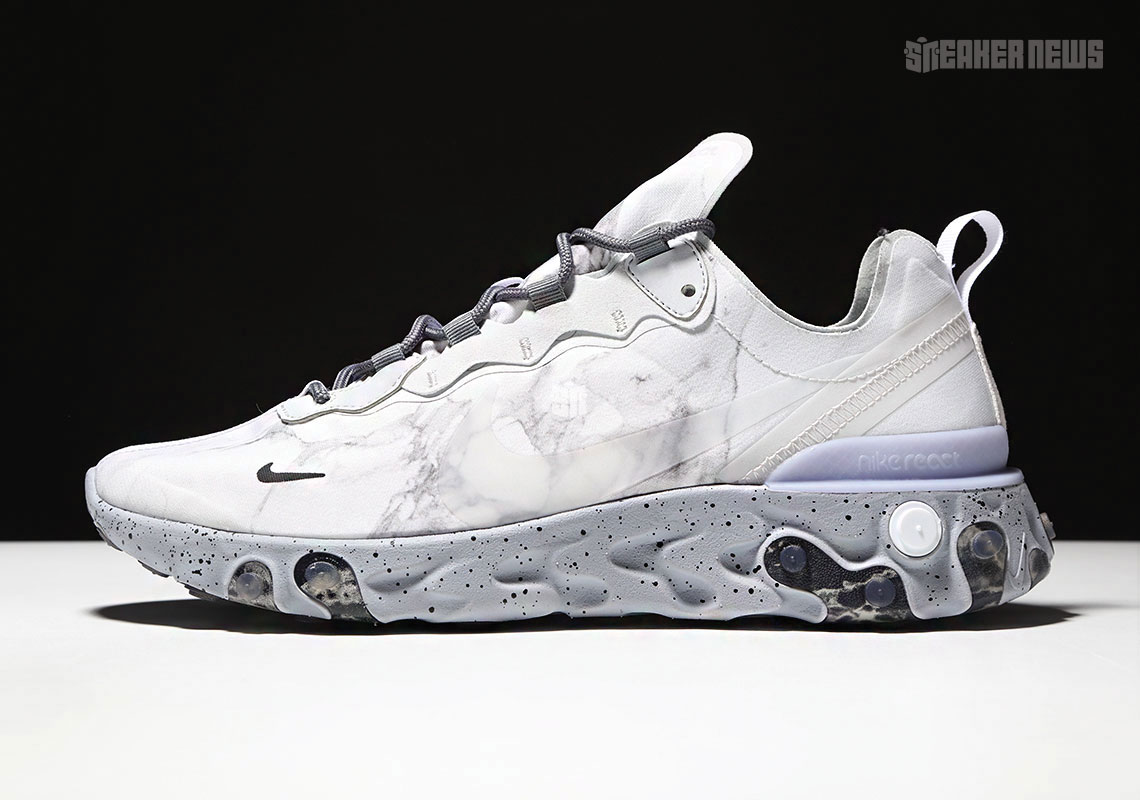 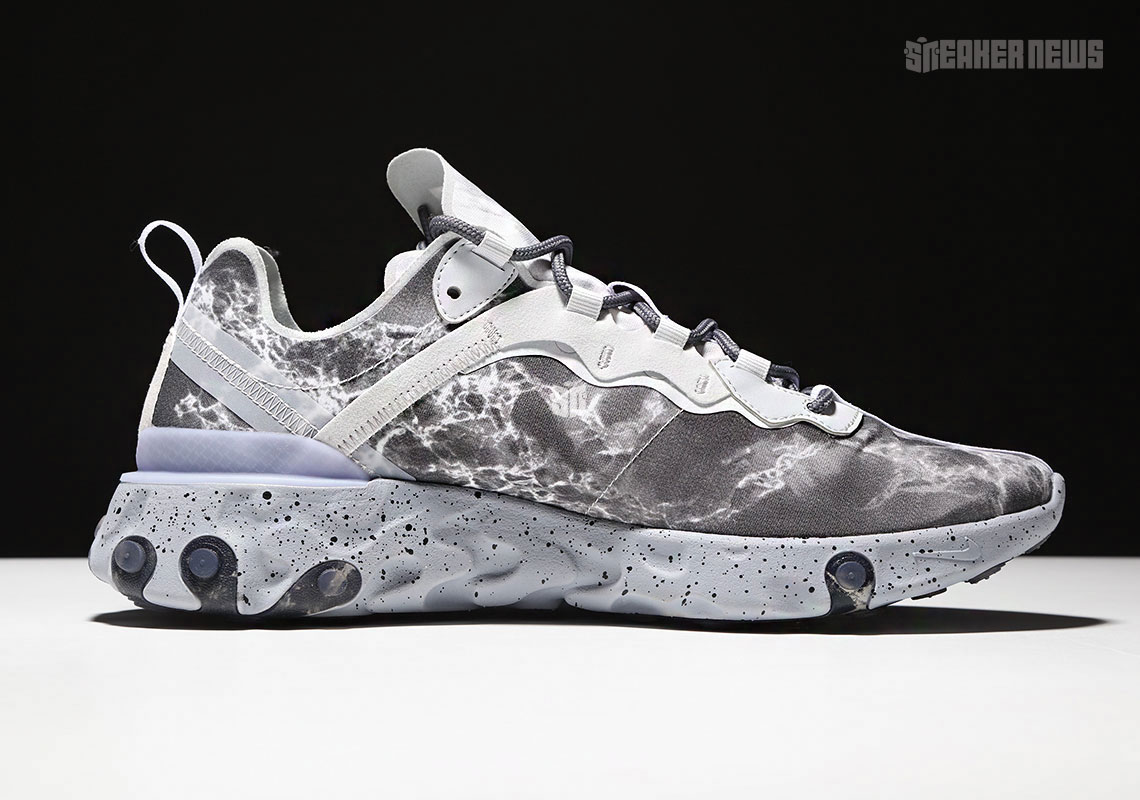 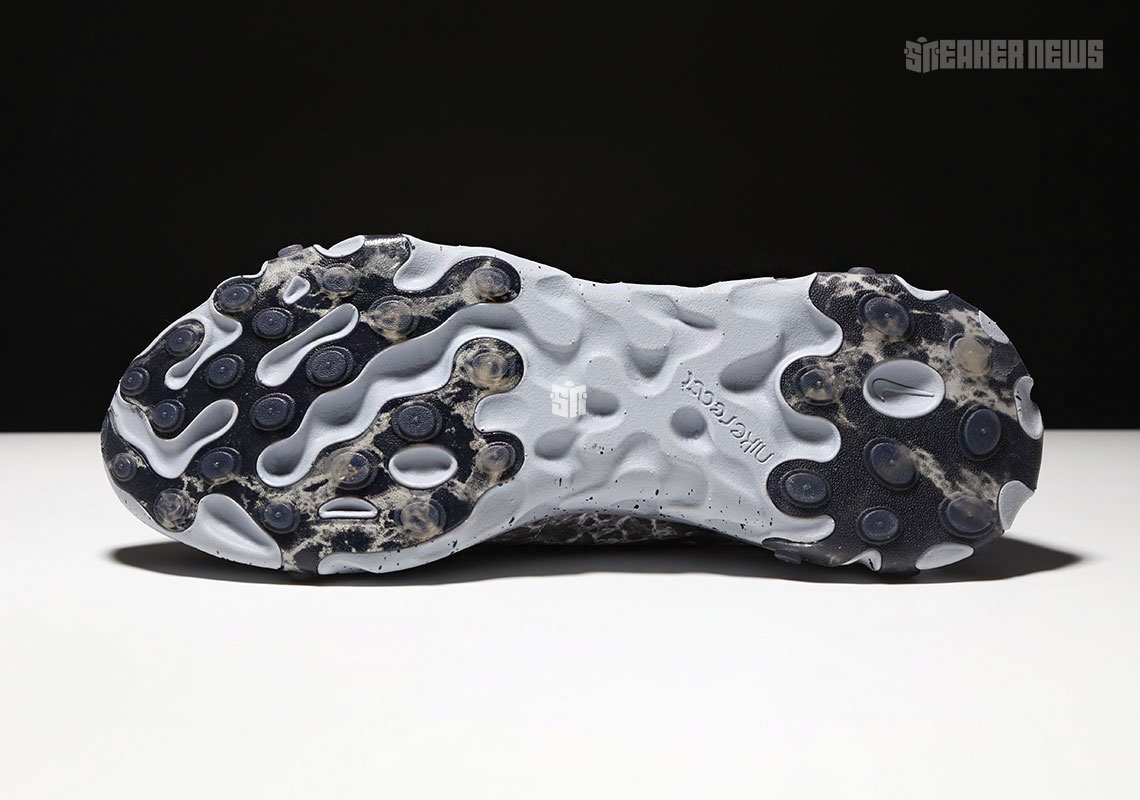 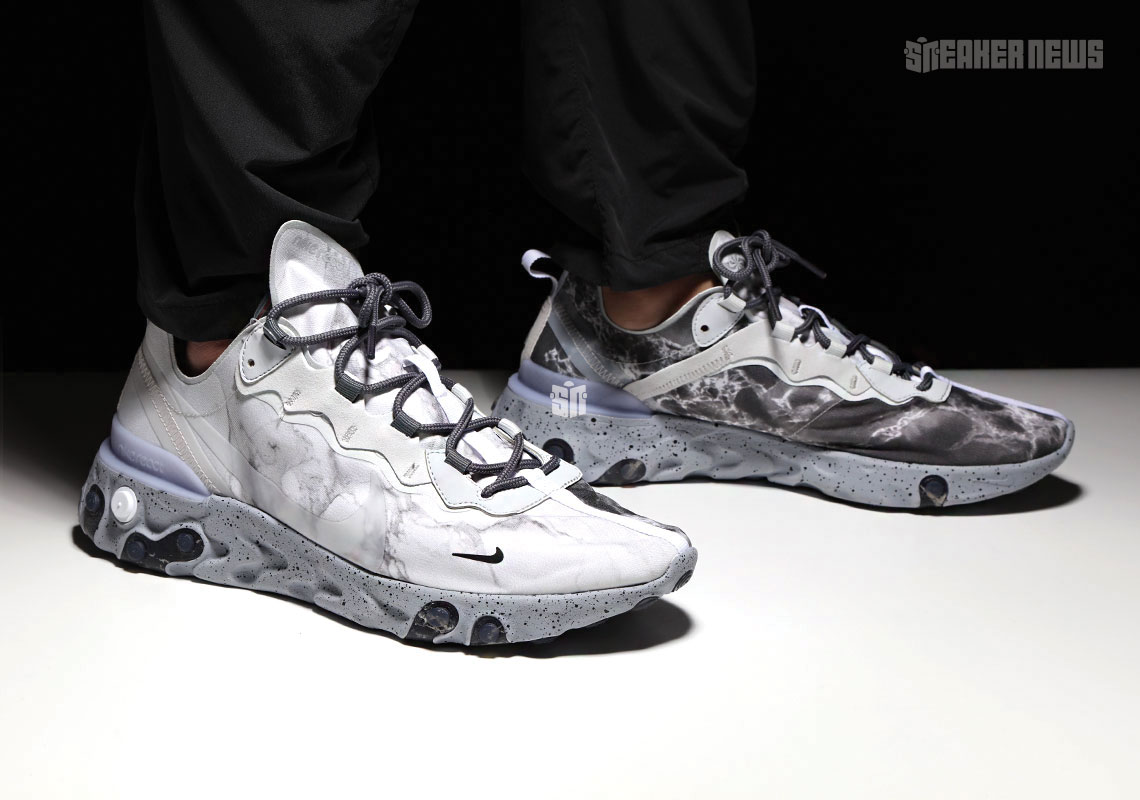 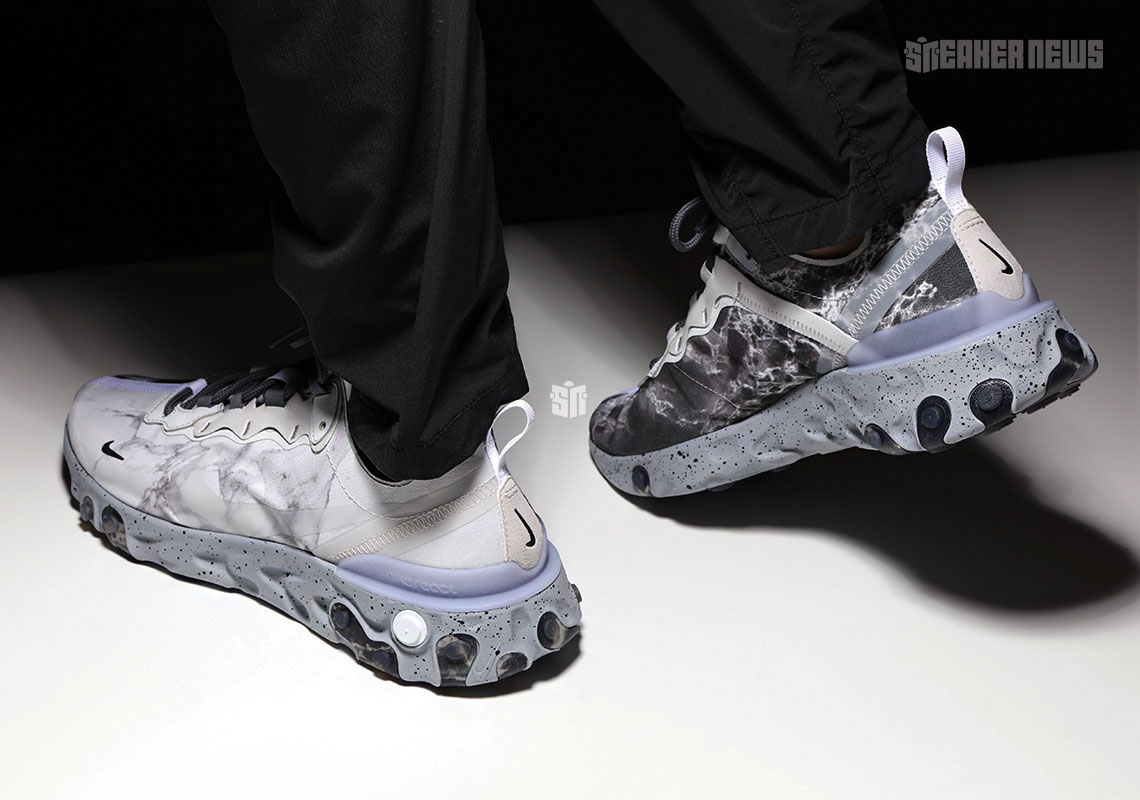 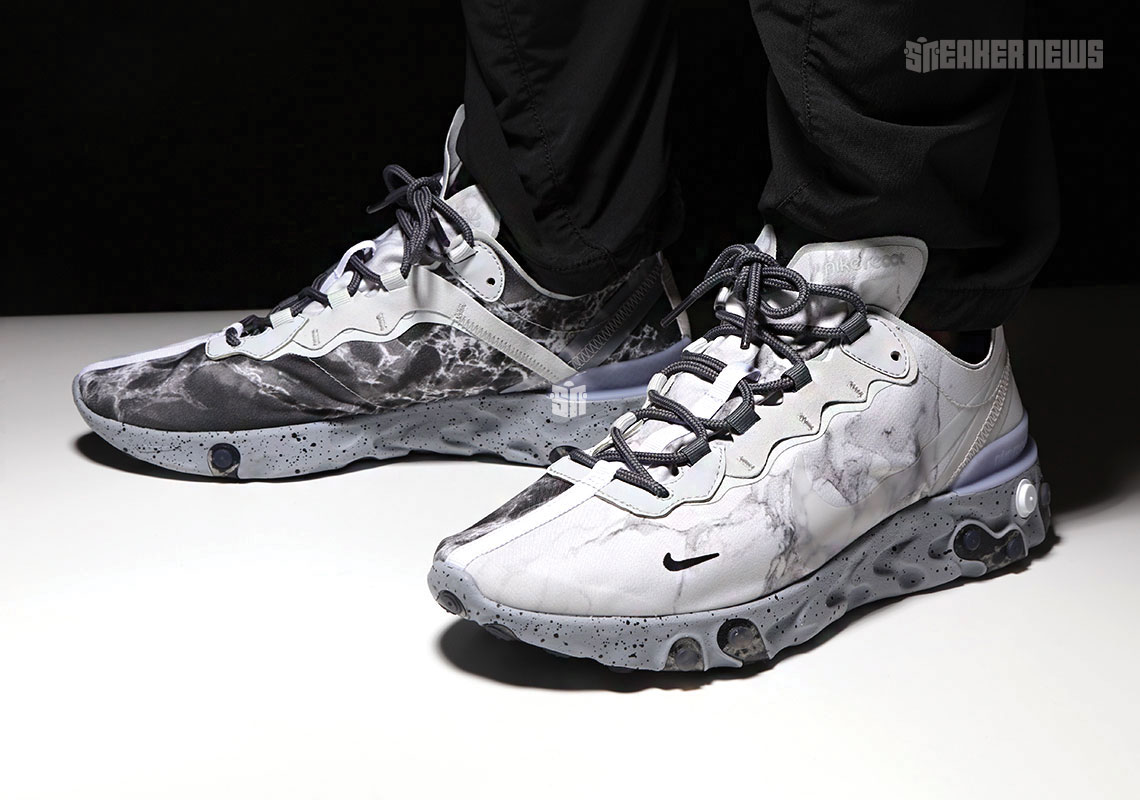 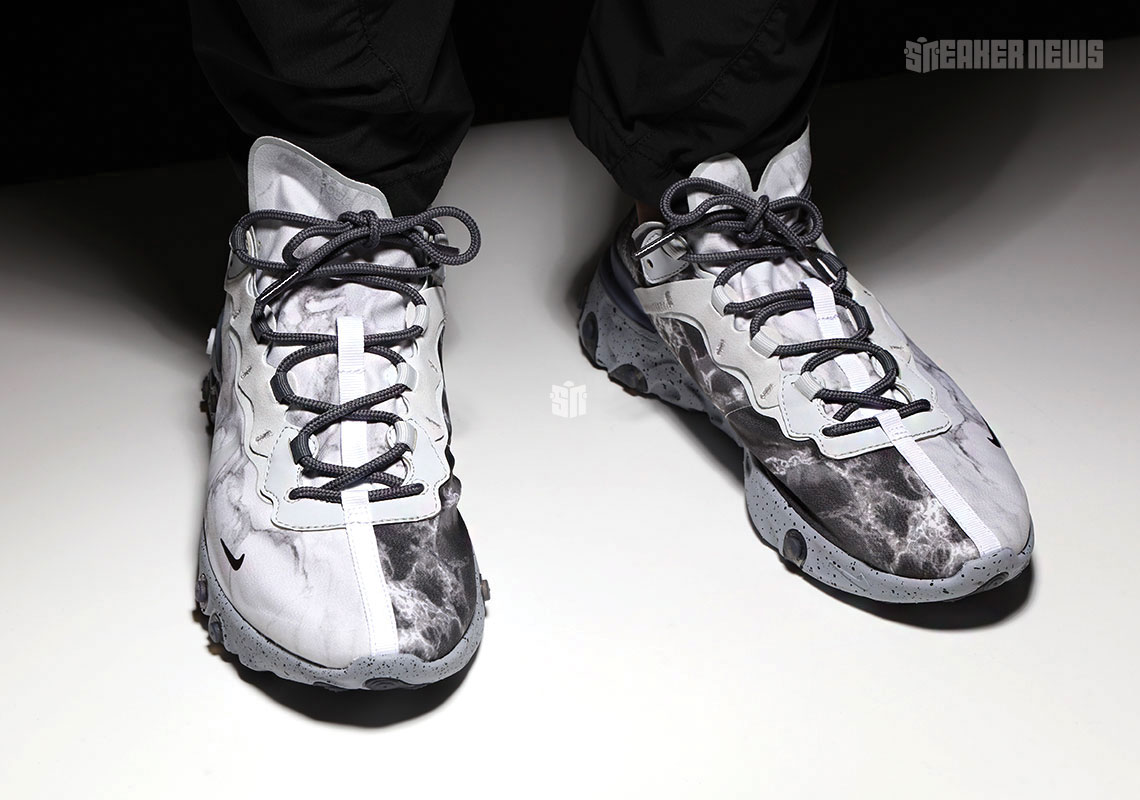 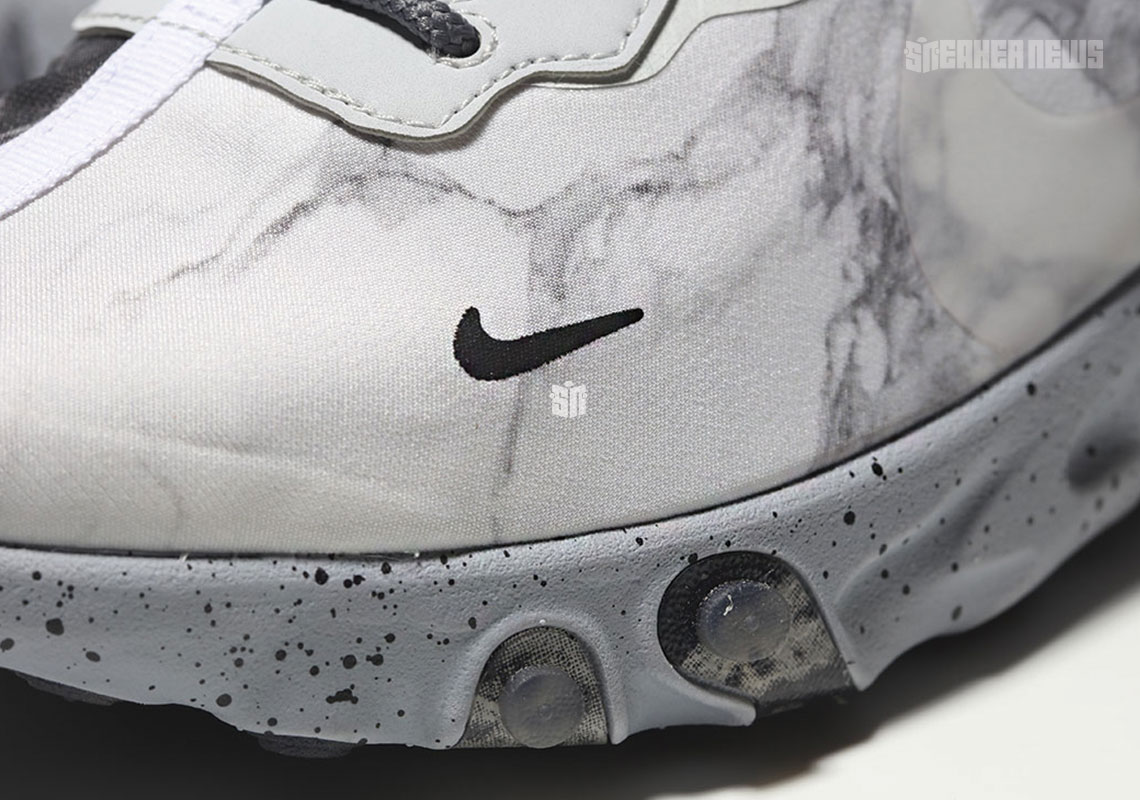 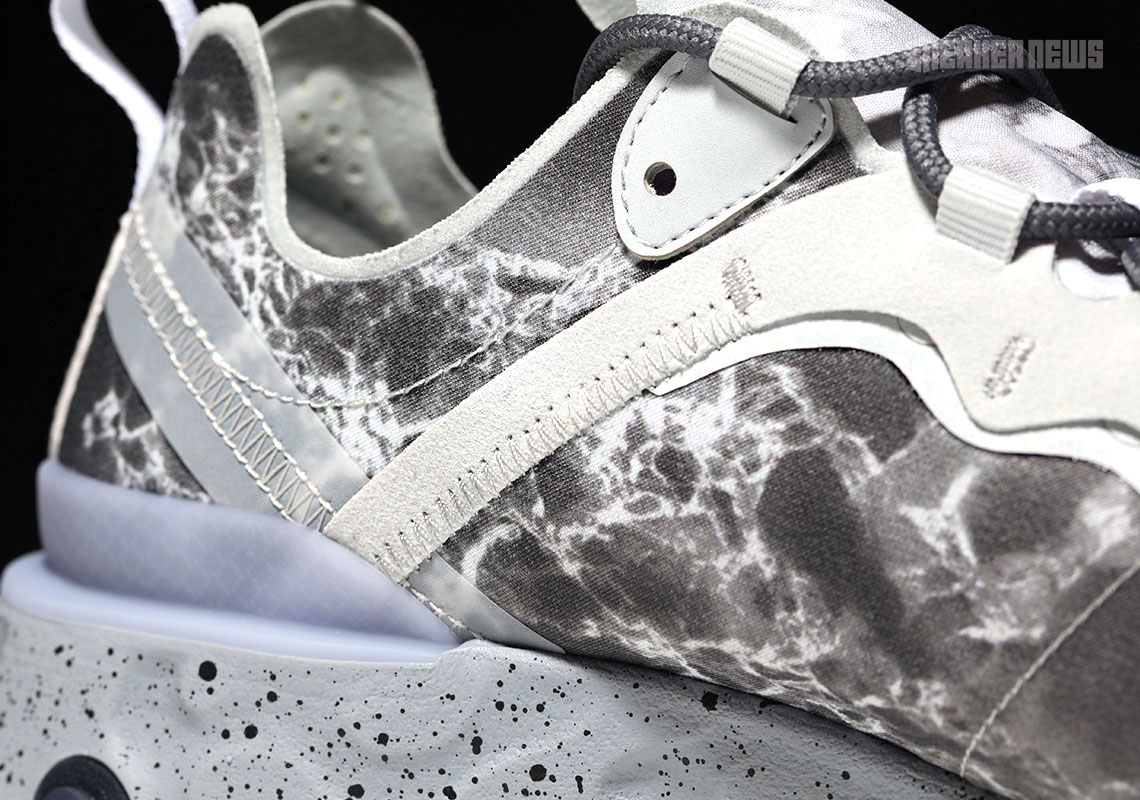 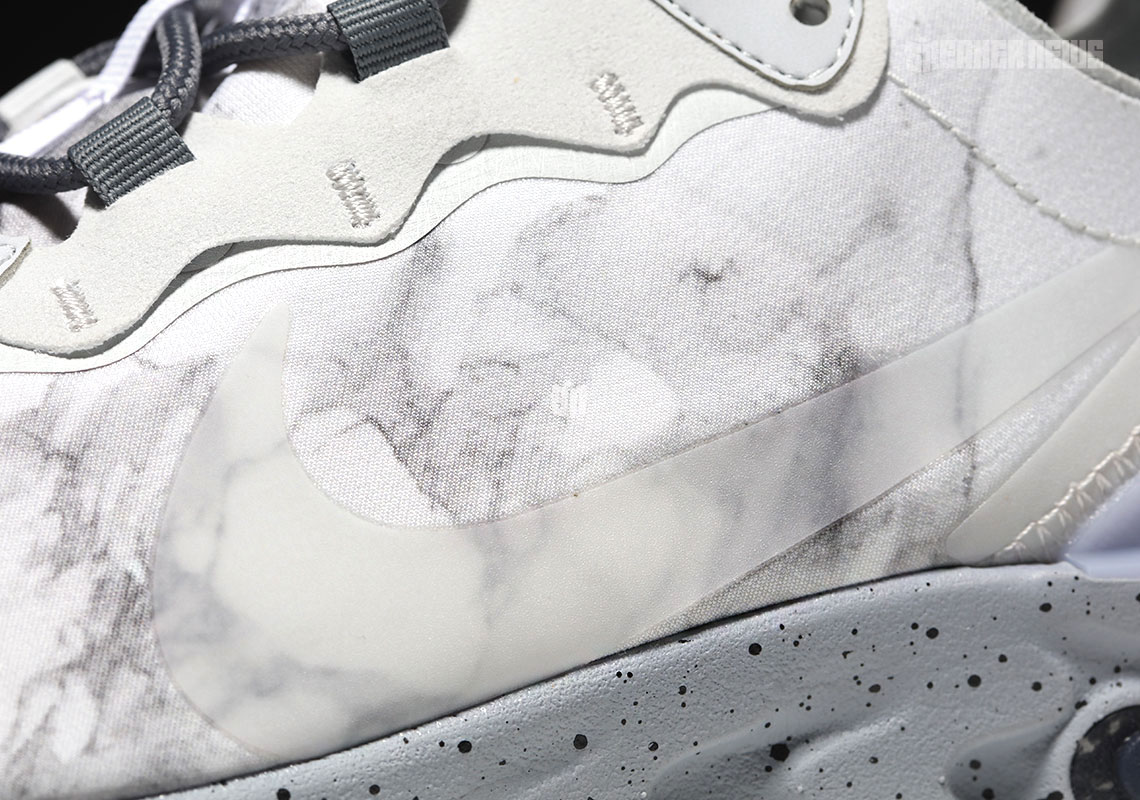 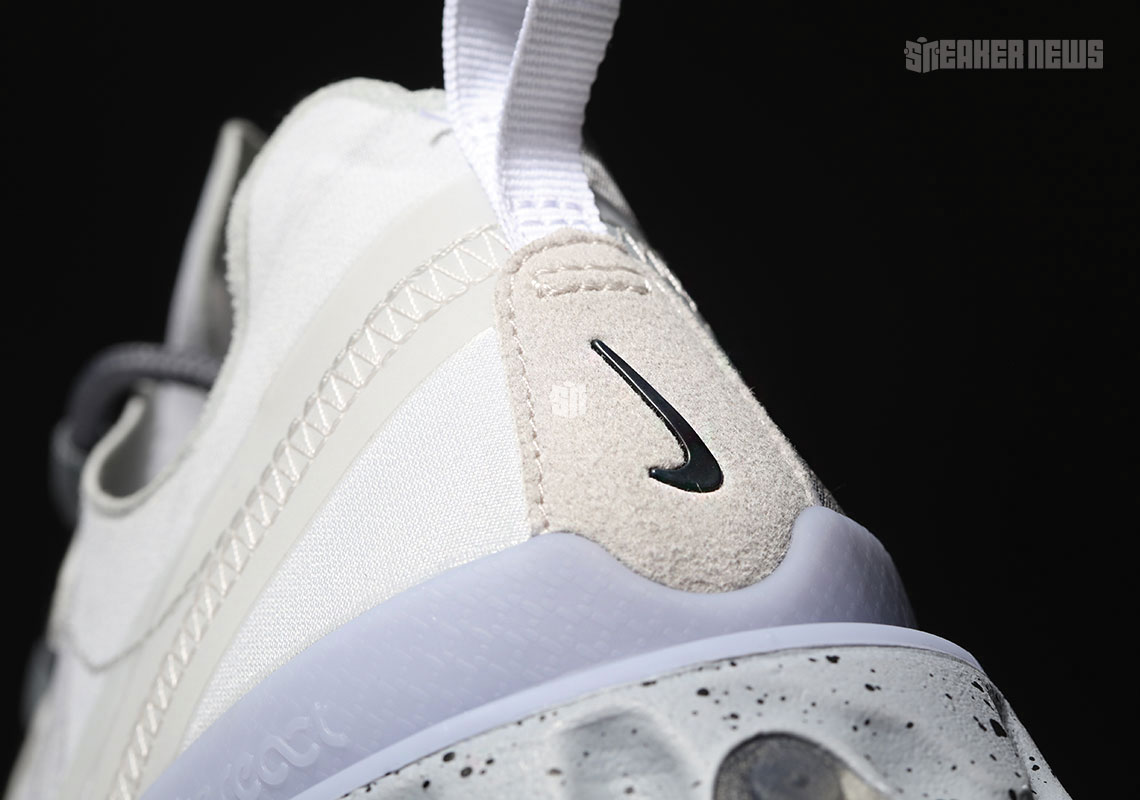 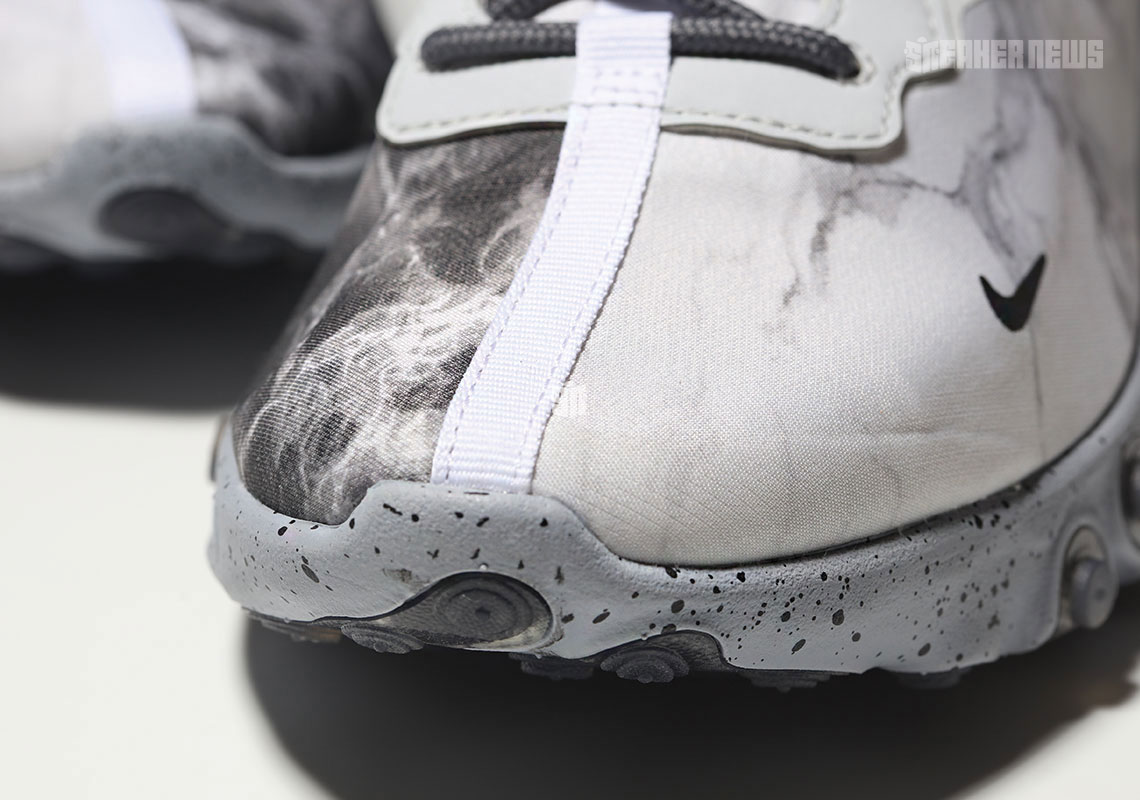 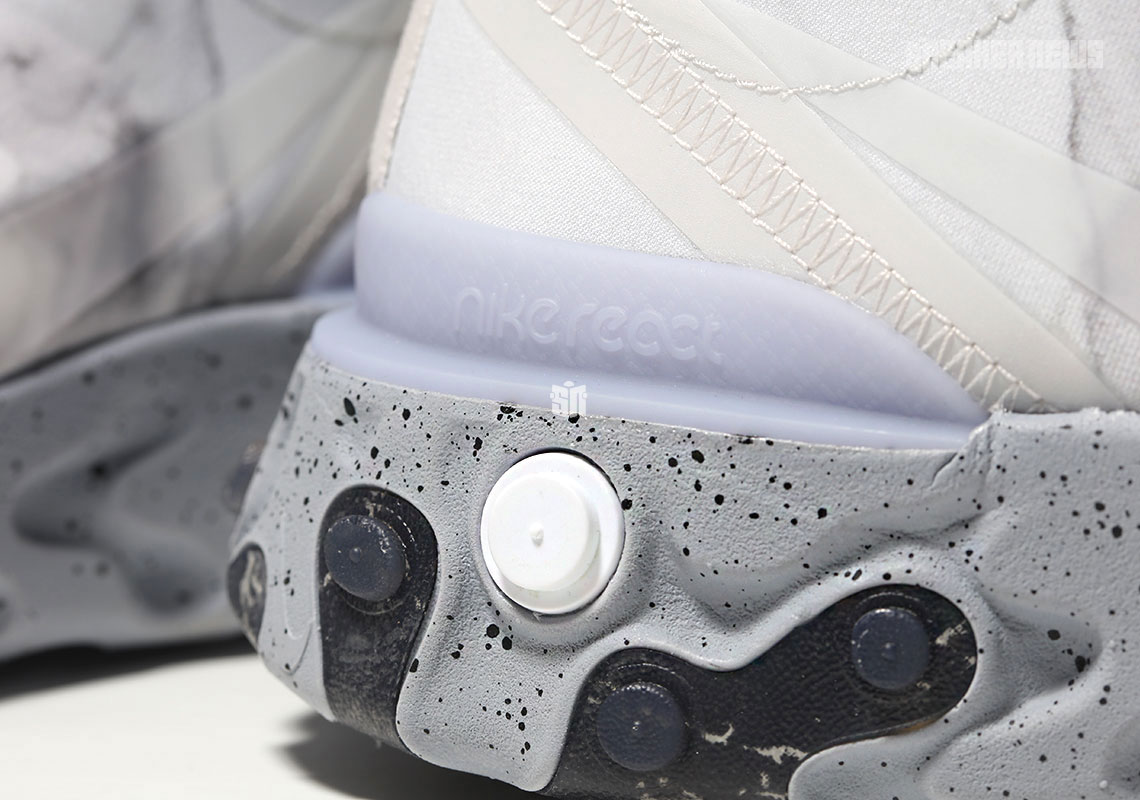