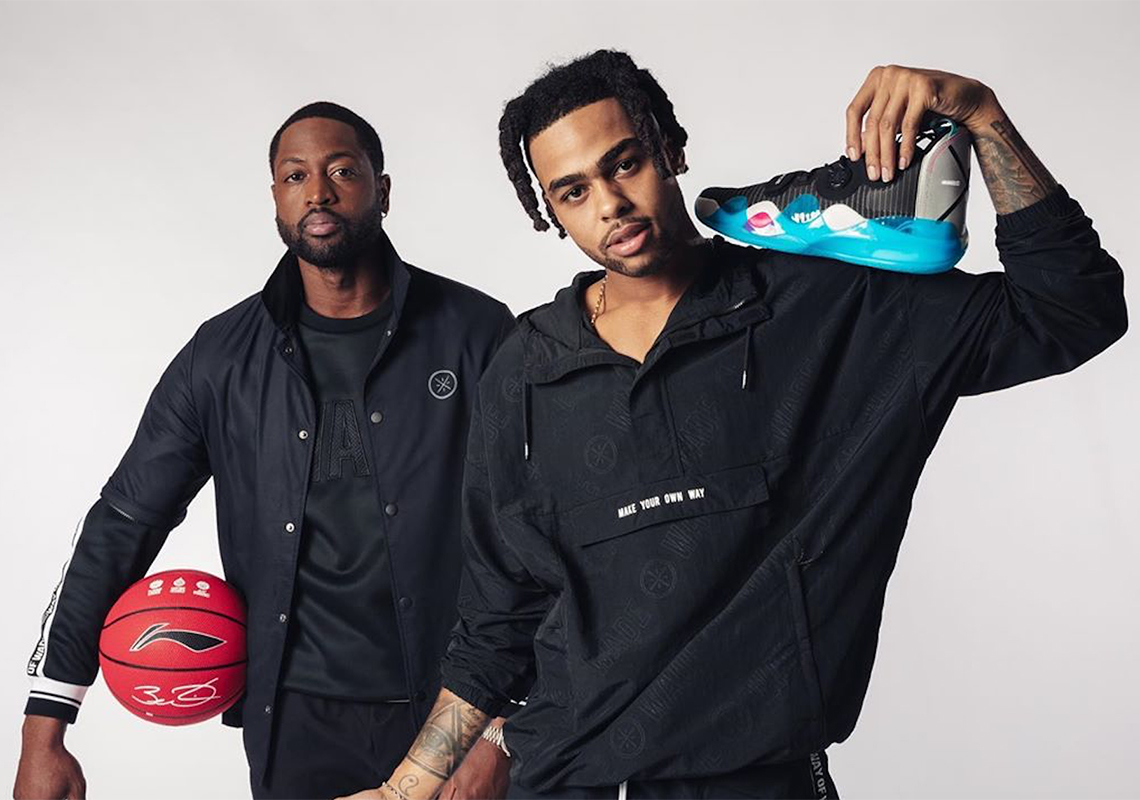 Not exactly the best kept secret considering the backcourt star had been wearing the brand’s footwear since pre-season, but D’Angelo Russell of the Golden State Warriors has signed with Chinese sportswear brand Li-Ning. Officially announced by brand figurehead Dwyane Wade on Instagram, this partnership will see the former number-2 overall pick wear the Way Of Wade 7 signature shoe, while the possibility of a Russell signature shoe is very likely. While Russell’s position as an elite player in the league is highly debatable, there’s no questioning his popularity among the youth.

Russell, whose contract with Nike ended this past Fall, had been spotted in both adidas Hoops and Puma Hoops footwear, leading to rumors of the popular All-Star eventually aligning with those international brands. Ultimately, the fifth-year veteran chose to side with Li-Ning, joining C.J. McCollum as the brand’s most notable active players.

Welcome to the Way of Wade family, @DLoading! ⚡️ #MakeYourOwnWay