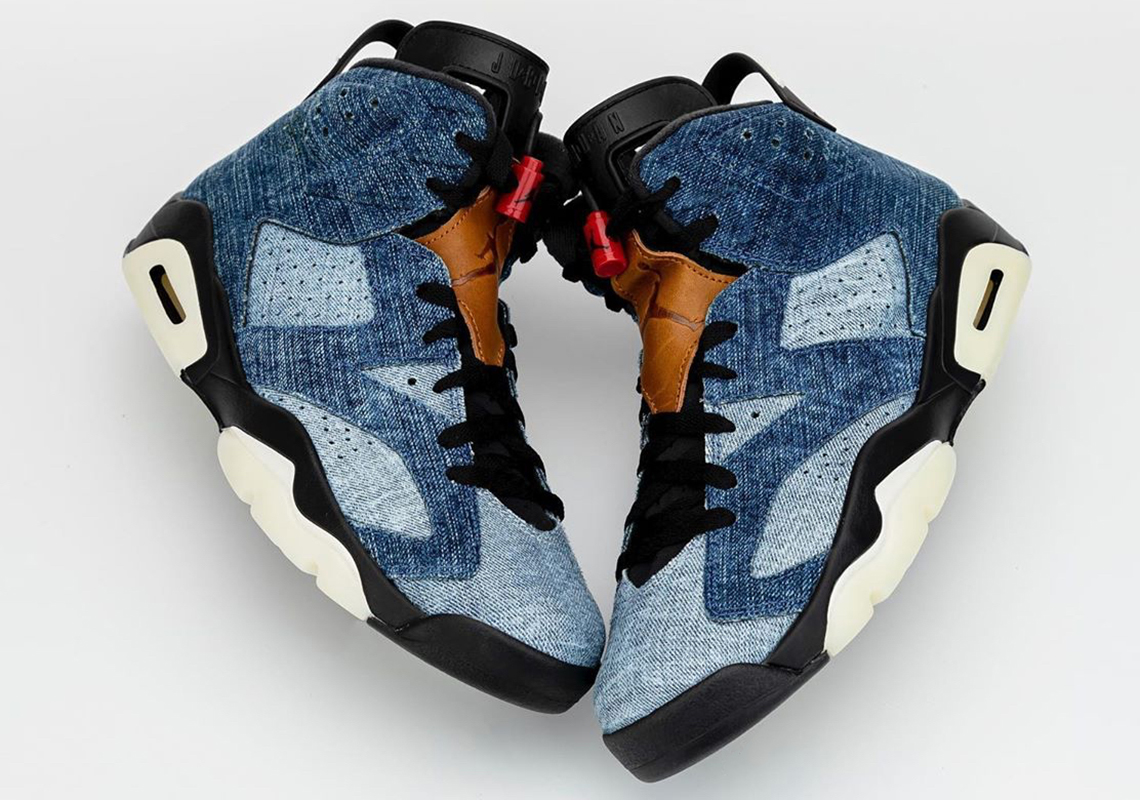 Ostensibly borrowing the tools of Levi’s very own trade, Jordan brand is ushering in quite the alluring inline Air Jordan 6 fresh off its own collaboration with the young stalwart Travis Scott. By and large more modified than its military tinged counterpart, the “Washed Denim” colorway hones its sights on one of the most iconic fabrics in workwear history. From railroad workers to dads in suburbia, the pair mimics that of a lightwash jean with two different variations in shade making up for the lack of material variance. Toe boxes and the perforated panels at the sides are all faded much more heavily from its surroundings, ones that lie right in between the aforementioned and a raw indigo. Alongside, the iconic back leather patch sees to the upper as the lace shield, distressed and patina’d as if undergone years of wear. Lace toggles dye in bright red much like the signature rear pocket patch, finishing the silhouette’s transformation into a piece of staple apparel. Grab a detailed look right here and it’s rumored the AJ6 will release on December 28th most likely at Nike.com and a batch of retailers. 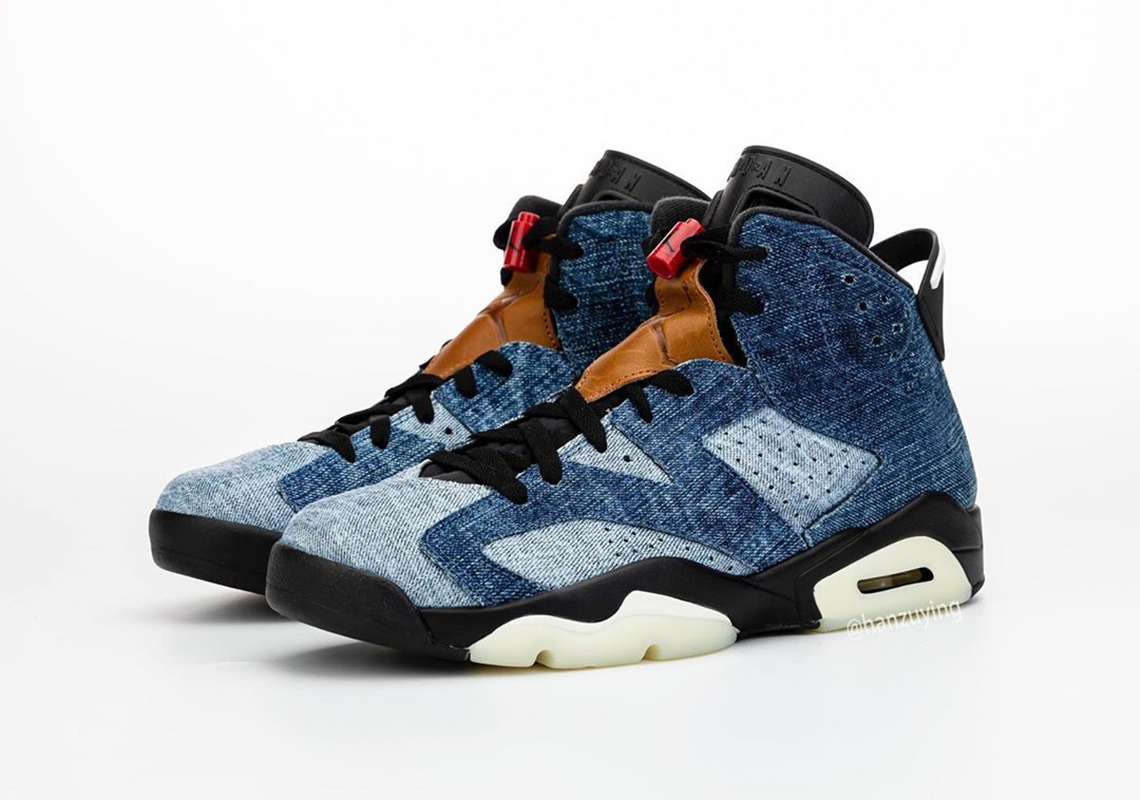 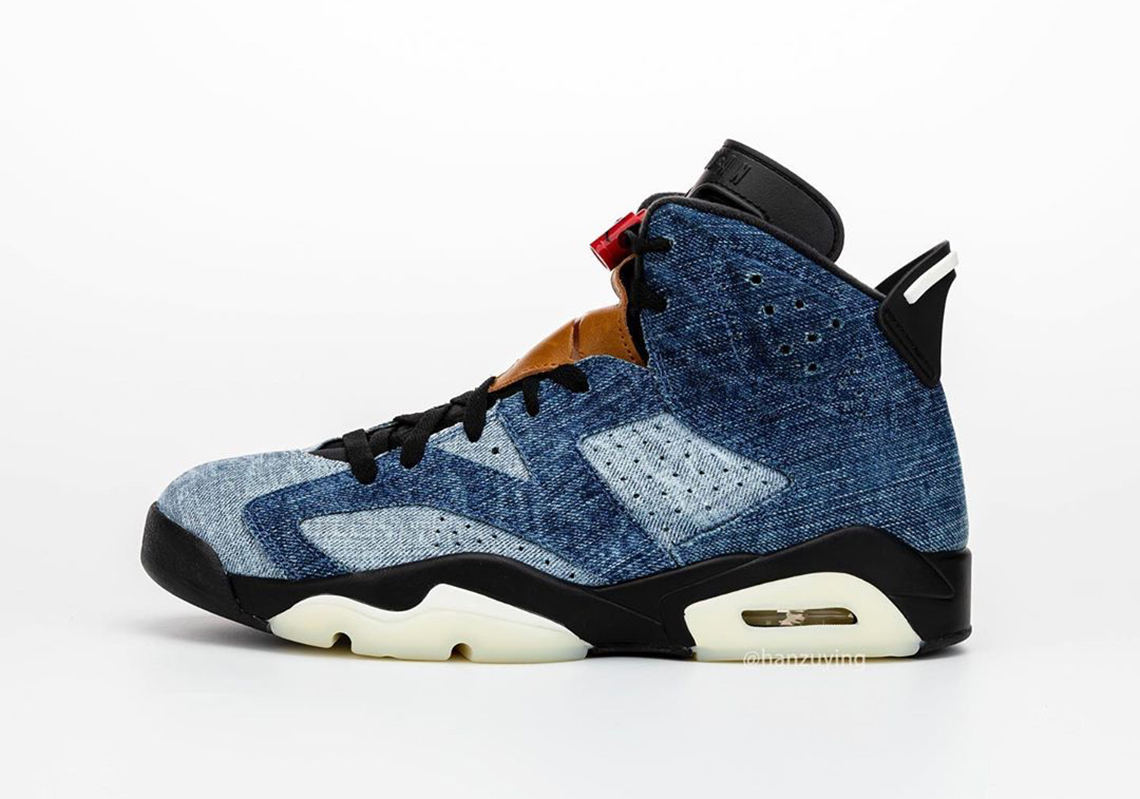 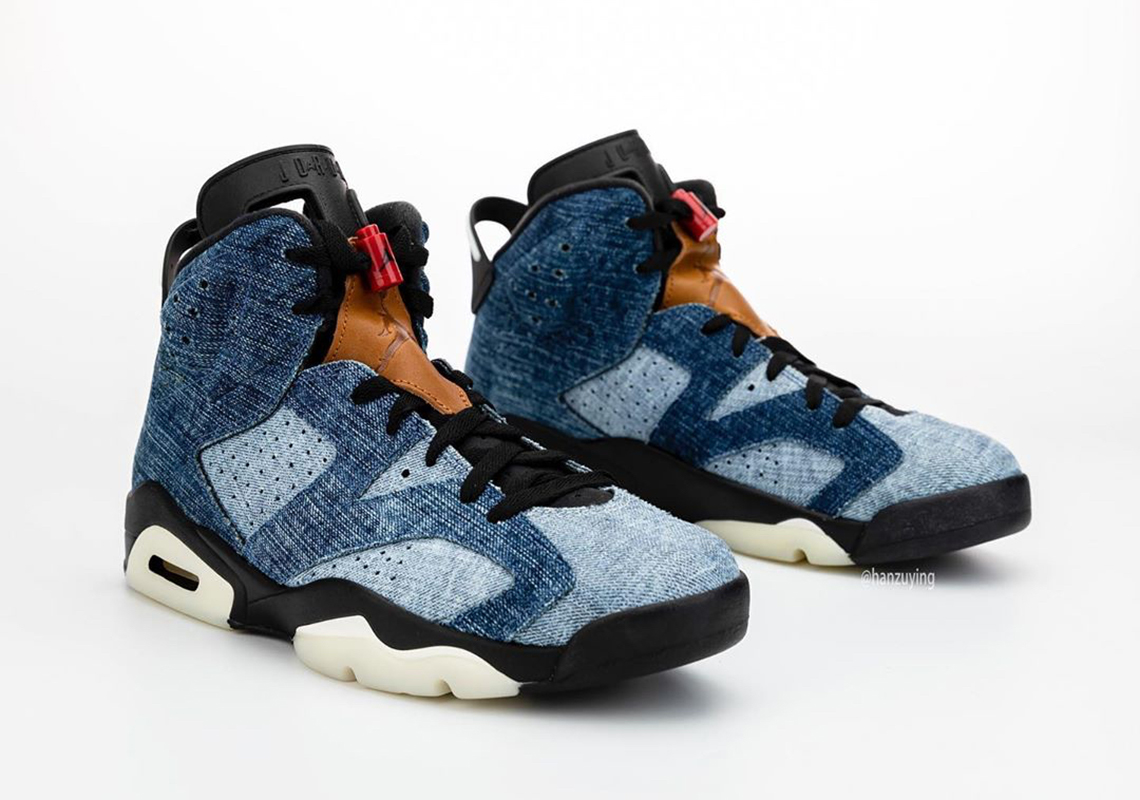 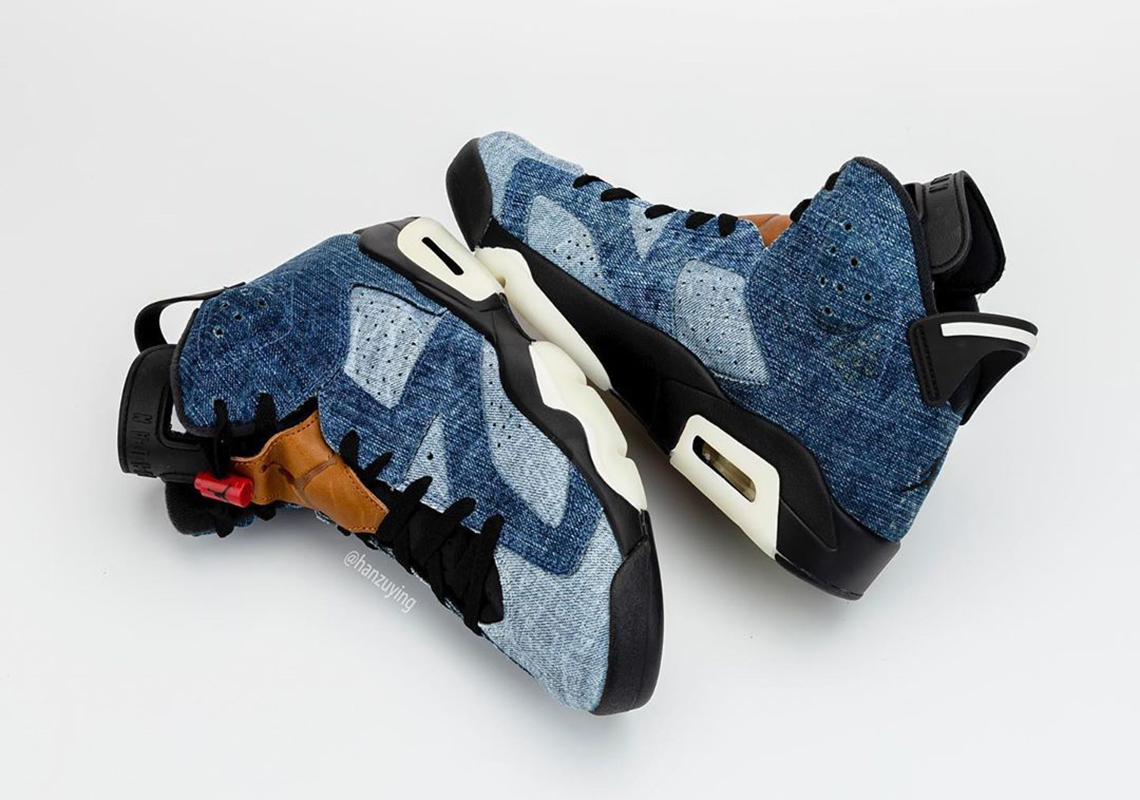 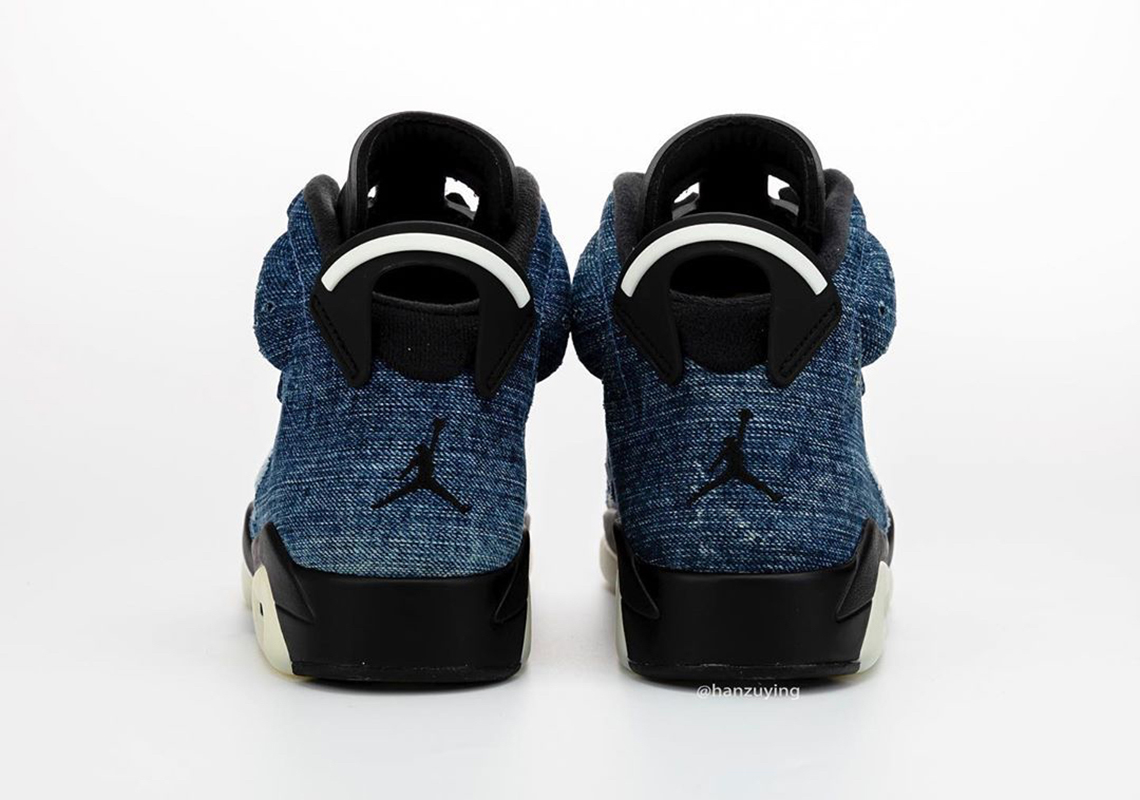 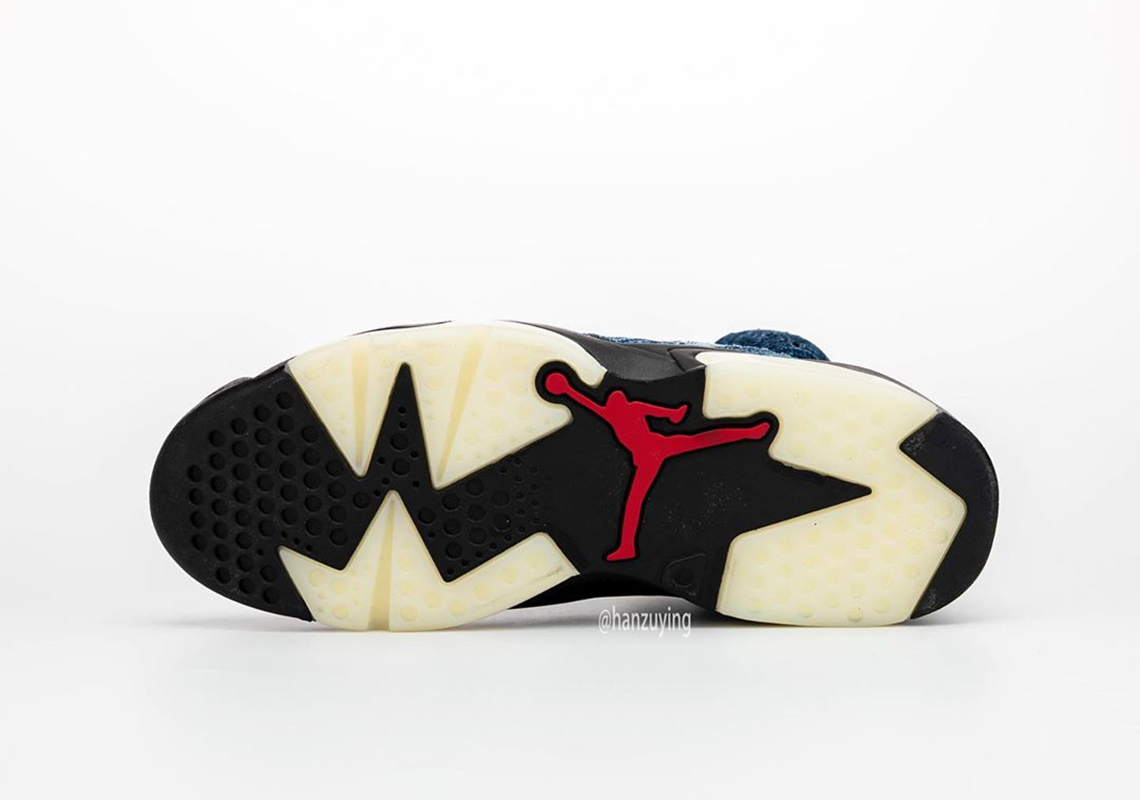