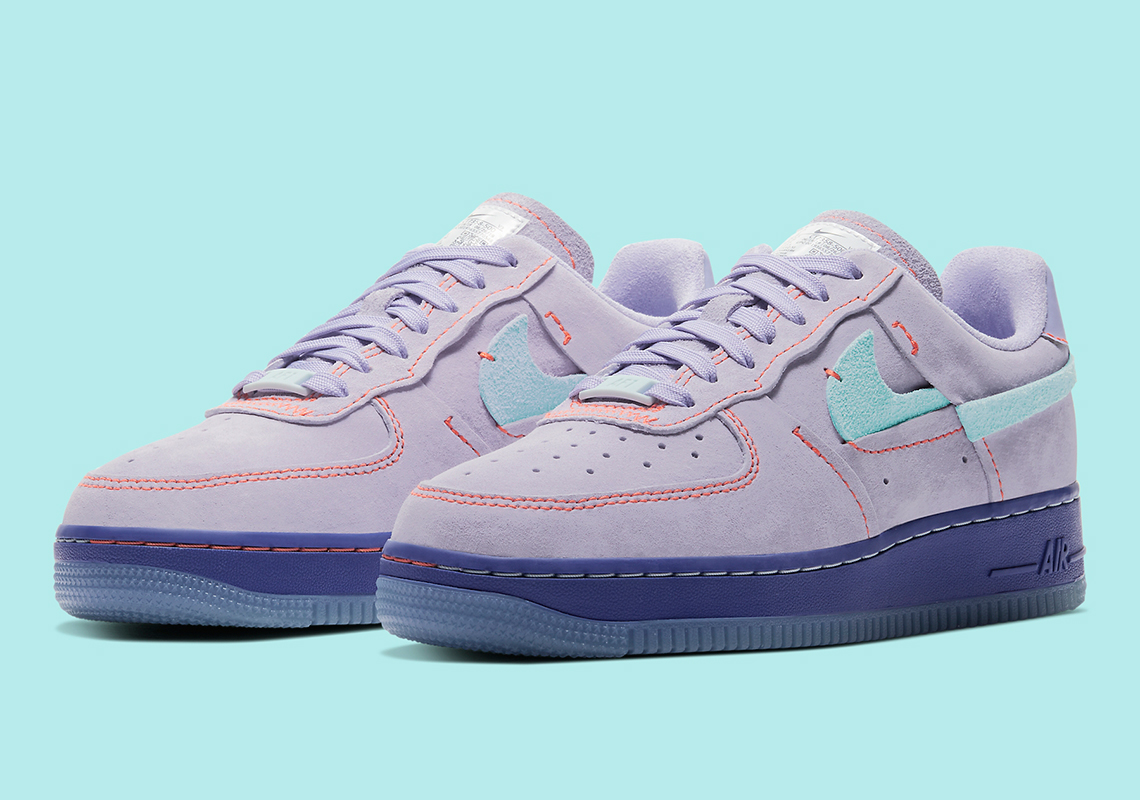 Taking a brief interruption from its overwhelming amount partnerships with the likes of CLOT, A Ma Maniere, and G-Dragon’s PEACEMINUSONE, the Nike Air Force 1 has emerged once again in deconstructed form for a brand new release of its ladies-exclusive LX model. Adding its newest member to their Vandalized Capsule collection, the Swoosh takes the classic lifestyle silhouette under the knife to rework its look with reversed tongue labels, lopsided Swoosh logos, and split-perforated toe boxes. Departing from its leather uppers seen on previously released colorways, this updated version is constructed with smooth nubuck set with a “Purple Agate” coating, and outlines its upper panels with visible orange stitchings that further speak to its “unfinished” theme. Deep purple tones color up this style’s midsole, followed by ocean blue outsoles that make this the most colorful iteration of its kind to hit the market. Take a closer look here below, and find these available at select Nike retailers now for $120 USD. 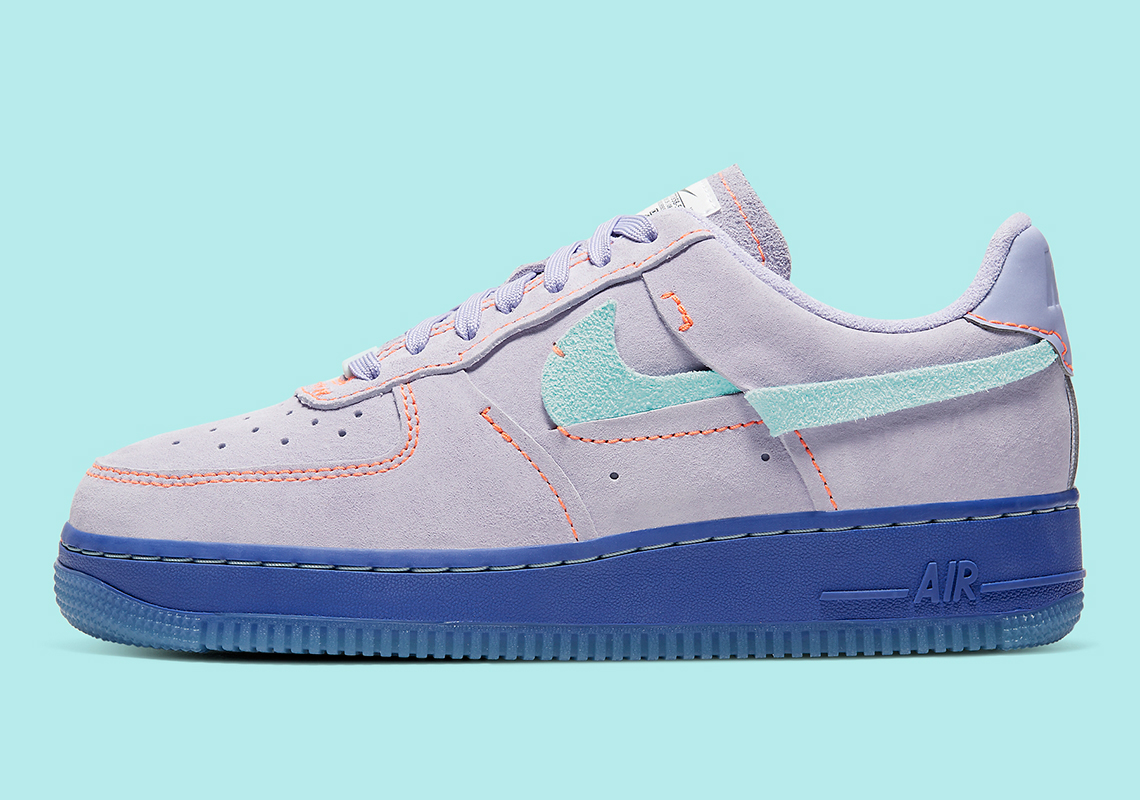 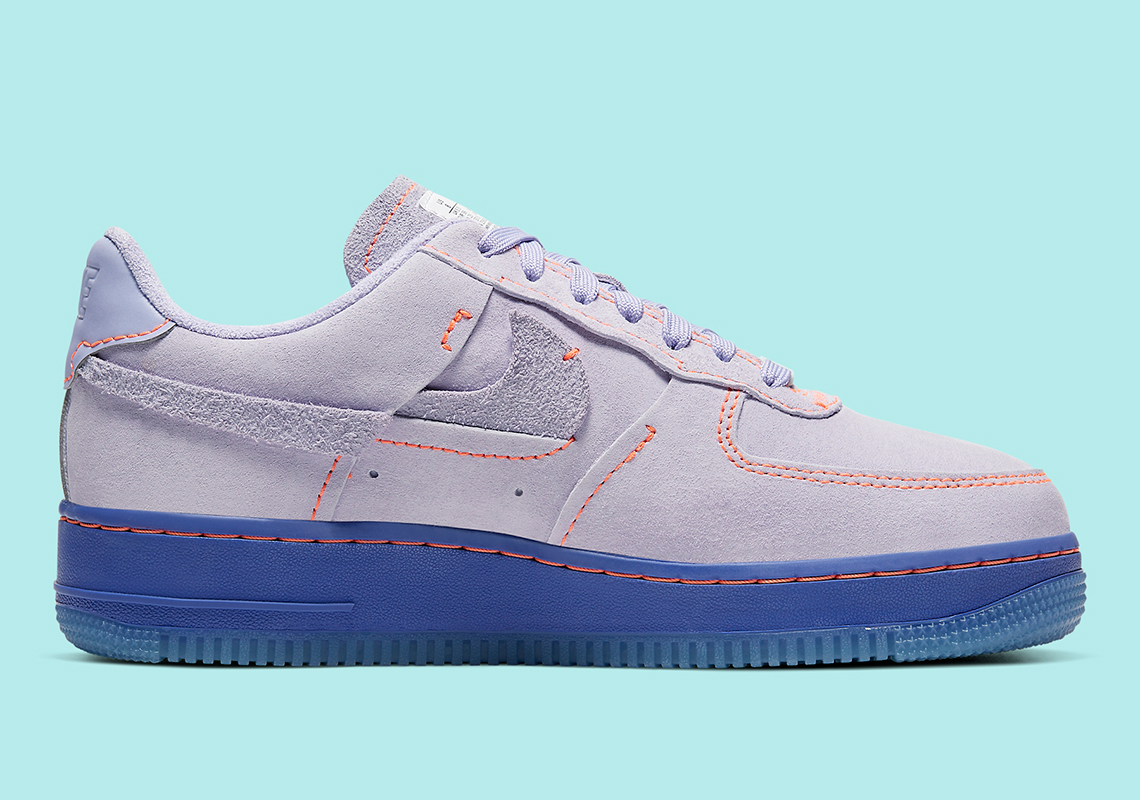 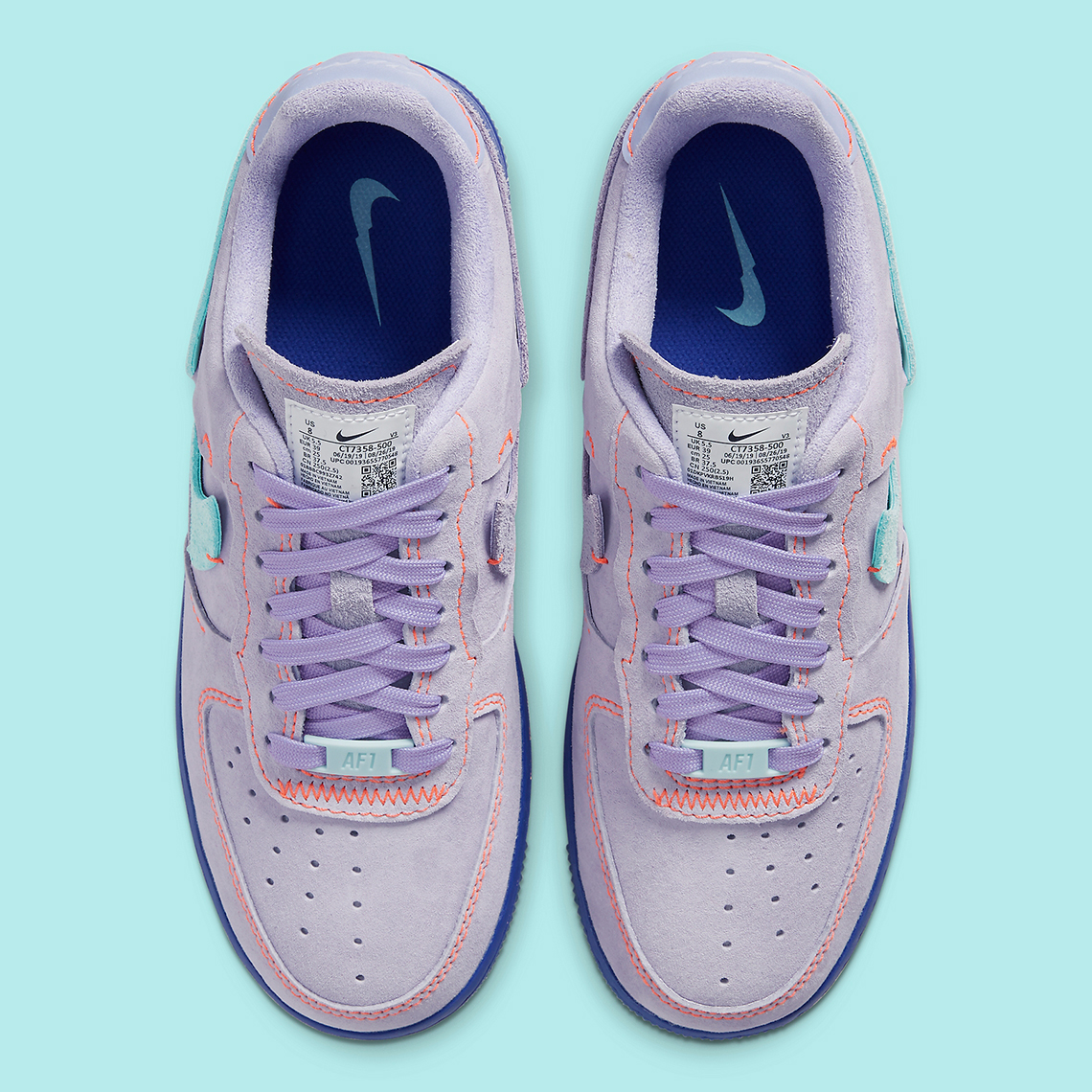 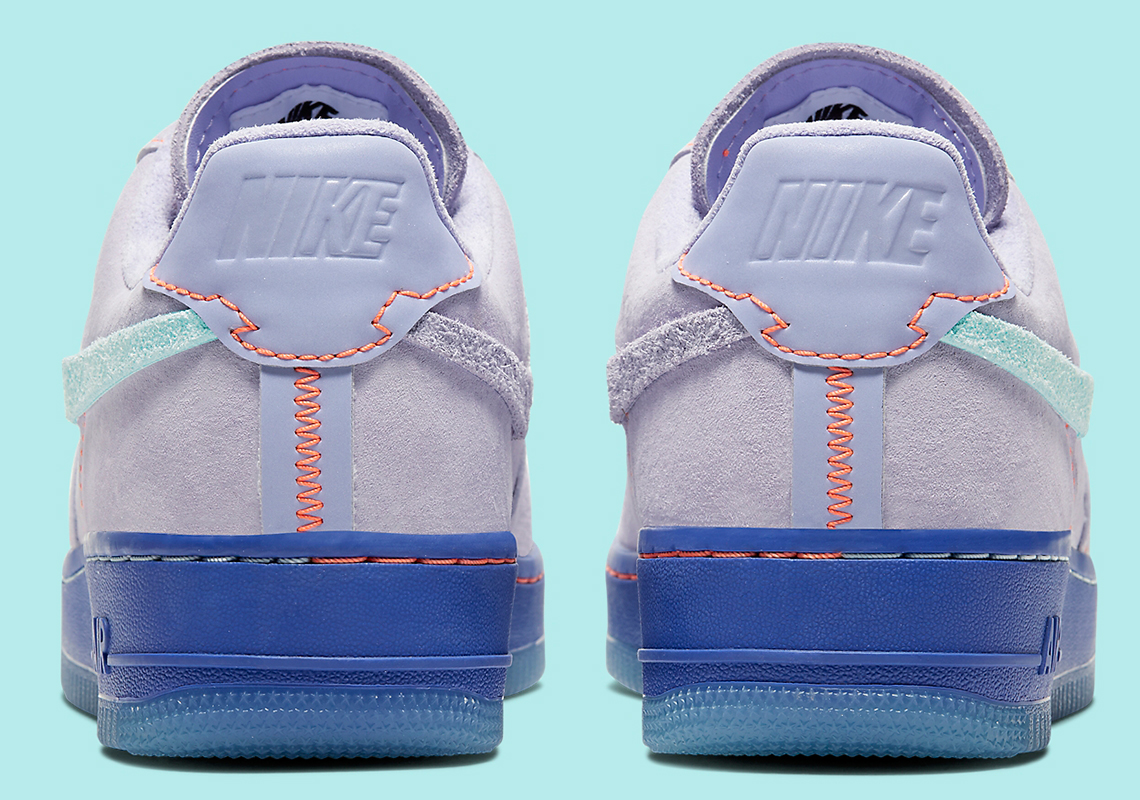 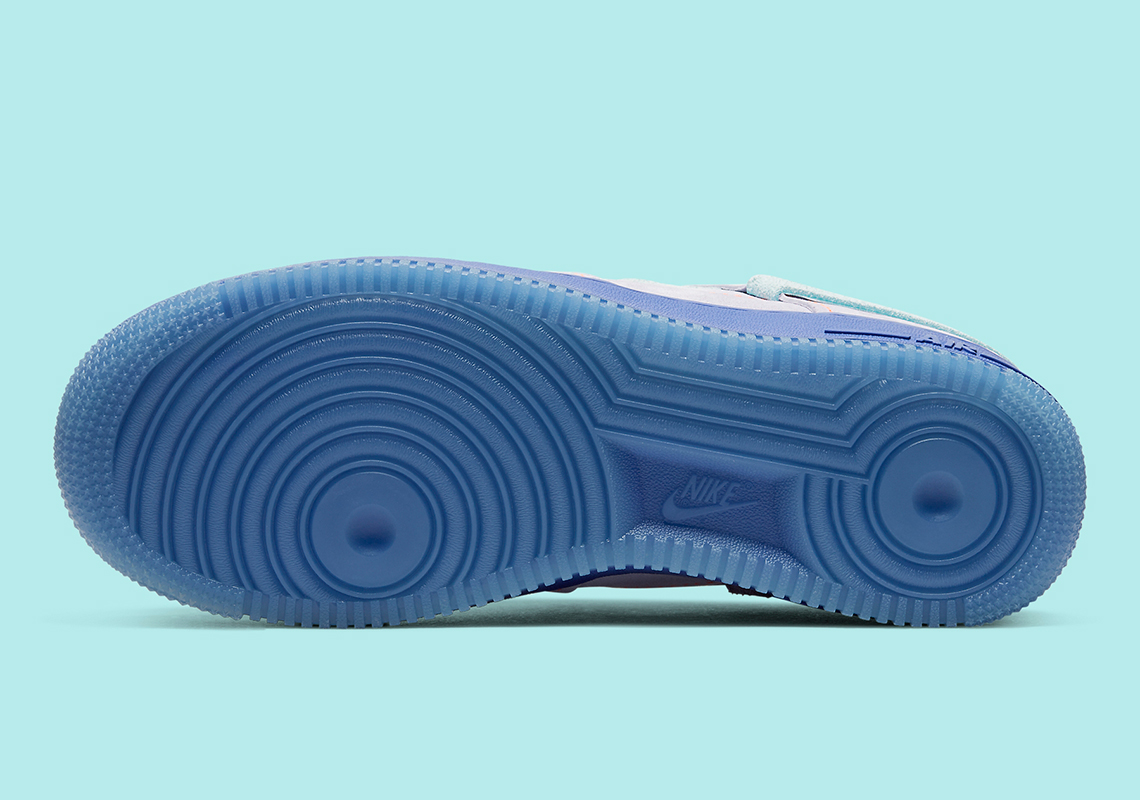