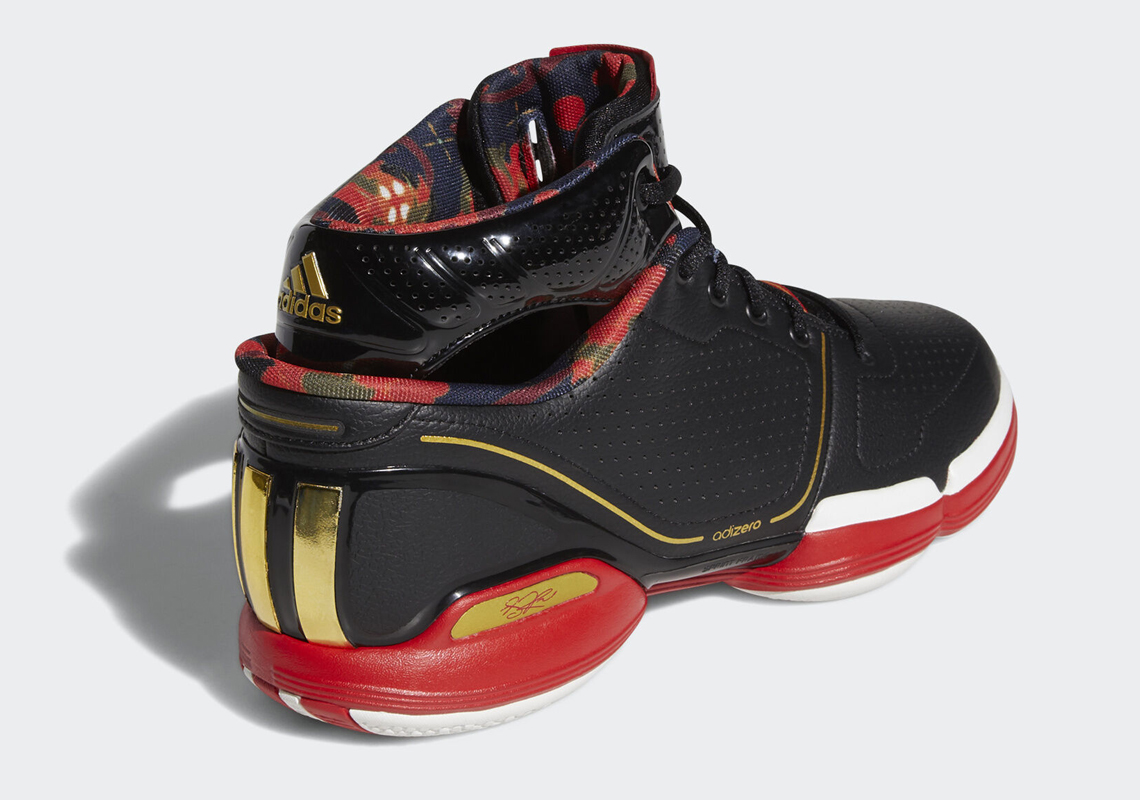 It’s been a decade since current Detroit Piston point guard Derrick Rose laced up his first signature shoe, the adidas adiZero Rose 1. Since then, the Chicago-native has won the NBA’s league MVP (2011), torn his ACL (2012), and played on five different NBA teams (2008-Present), but one thing’s been missing: none of his sneakers have retroed – until now. Today we get a first look at the lightweight yet supportive adiZero Rose 1 model in a “Forbidden City” edition likely to launch in January 2020 to coincide with the Chinese New Year. And Chinese fans must be rejoicing, given that some reports found that the specific market accounts for more than 70 percent of sales of adidas’ D Rose line (currently in its 10th iteration).

Named after a palace complex in central Beijing, China, the upcoming re-release compliments its now-leather-but-still-black upper with trails of gold running from the middle to the back of the shoe, as well as on the laces, PUREMOTION midsole, and heel-cup. Blocks of a rich red also make their way onto the model’s tongue and outsole, but what is likely to be the most recognizable detail of this Chinese New Year iteration of Rose’s first sneaker is the multi-colored collar and sock-liner in a celestial green, red, and blue palette. Rose may no longer be mentioned in most conversations involving league giants like LeBron James and Stephen Curry—and yet, he’s still the fifth-highest paid sneaker endorser in the NBA. You can expect the upcoming “Forbidden City” edition retro to continue that status and to drop alongside other footwear offerings from the Three Stripes to commemorate the Chinese New Year. Until then, enjoy the photos below. 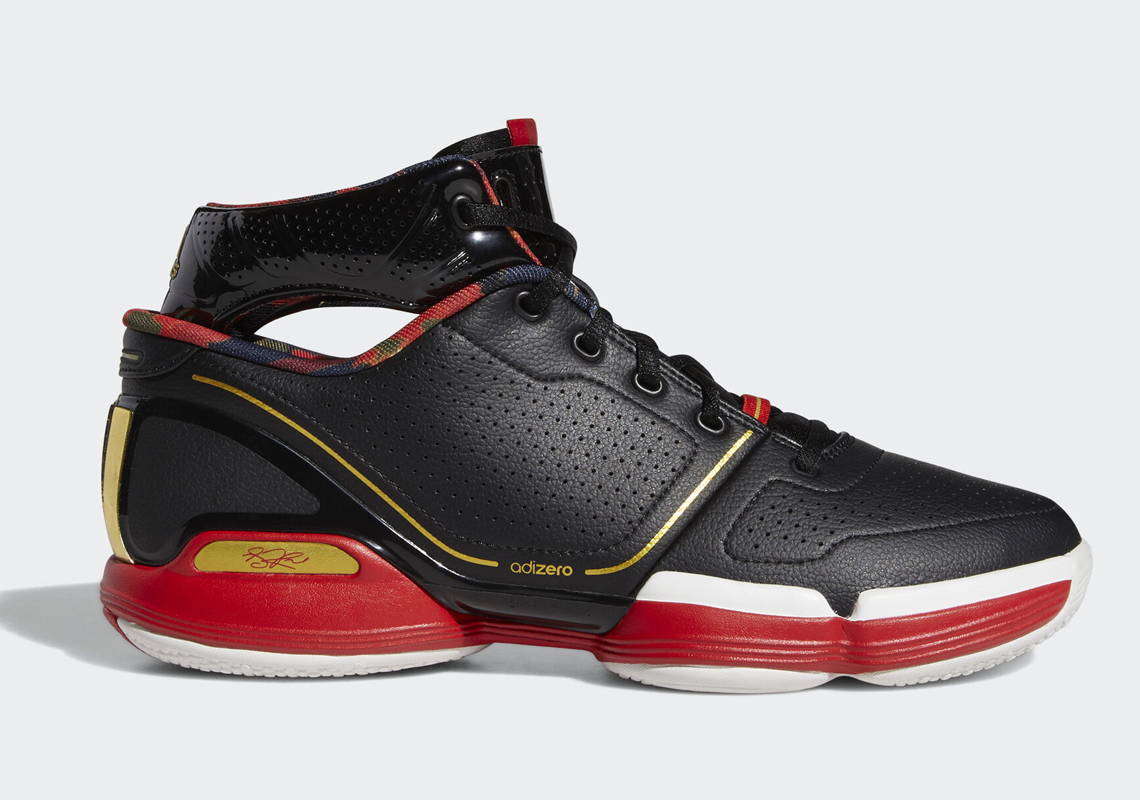 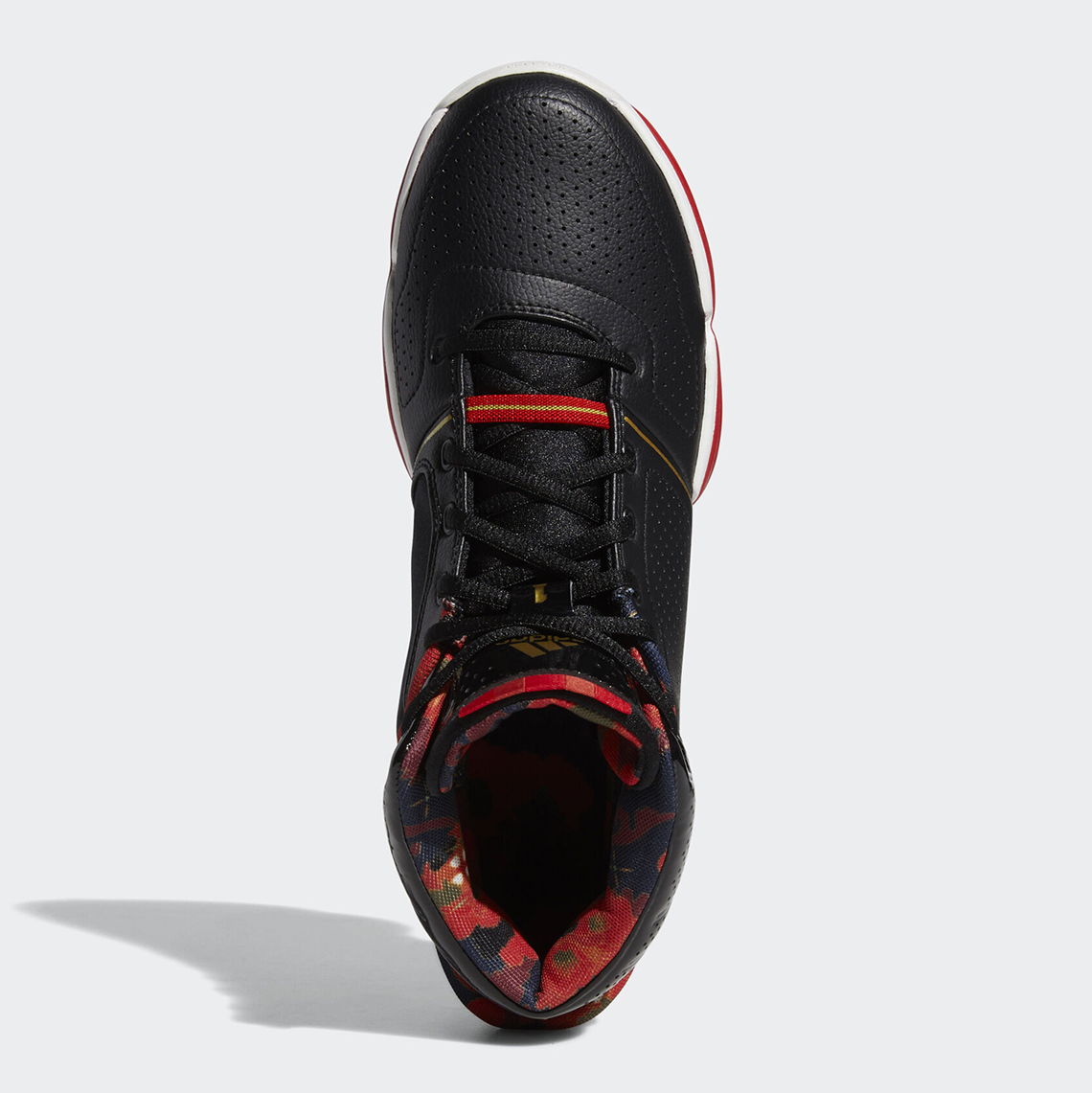 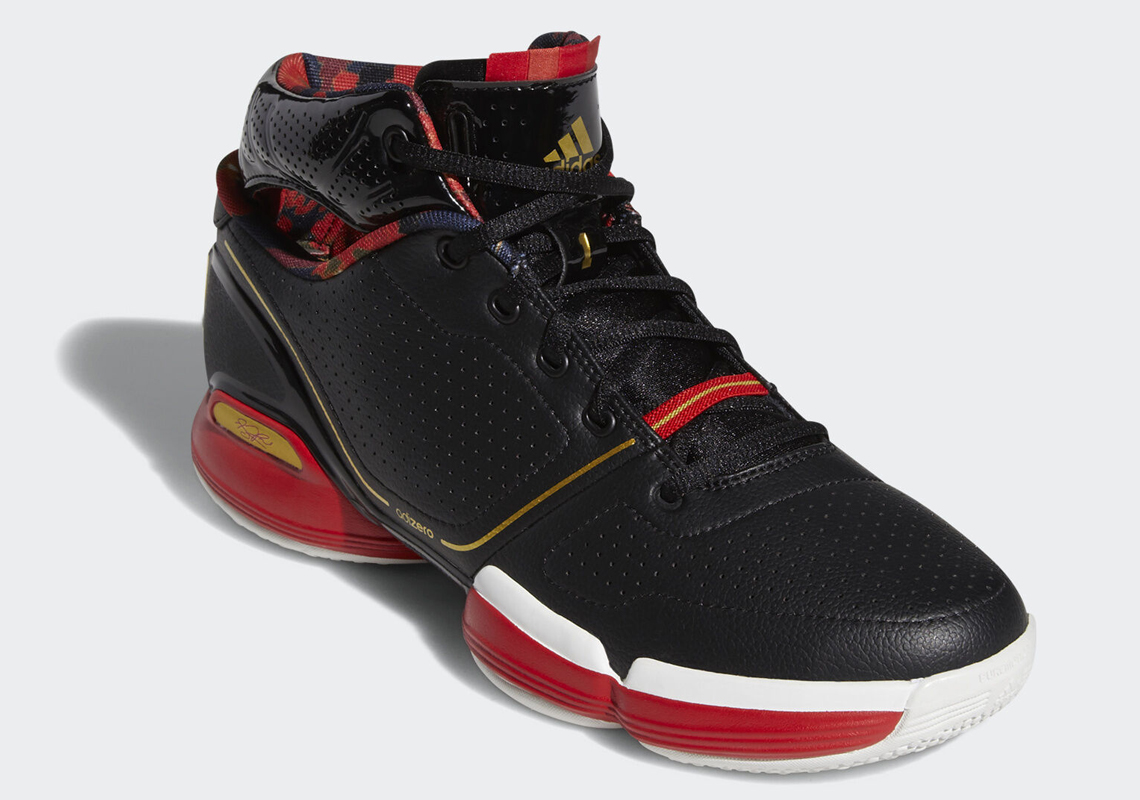 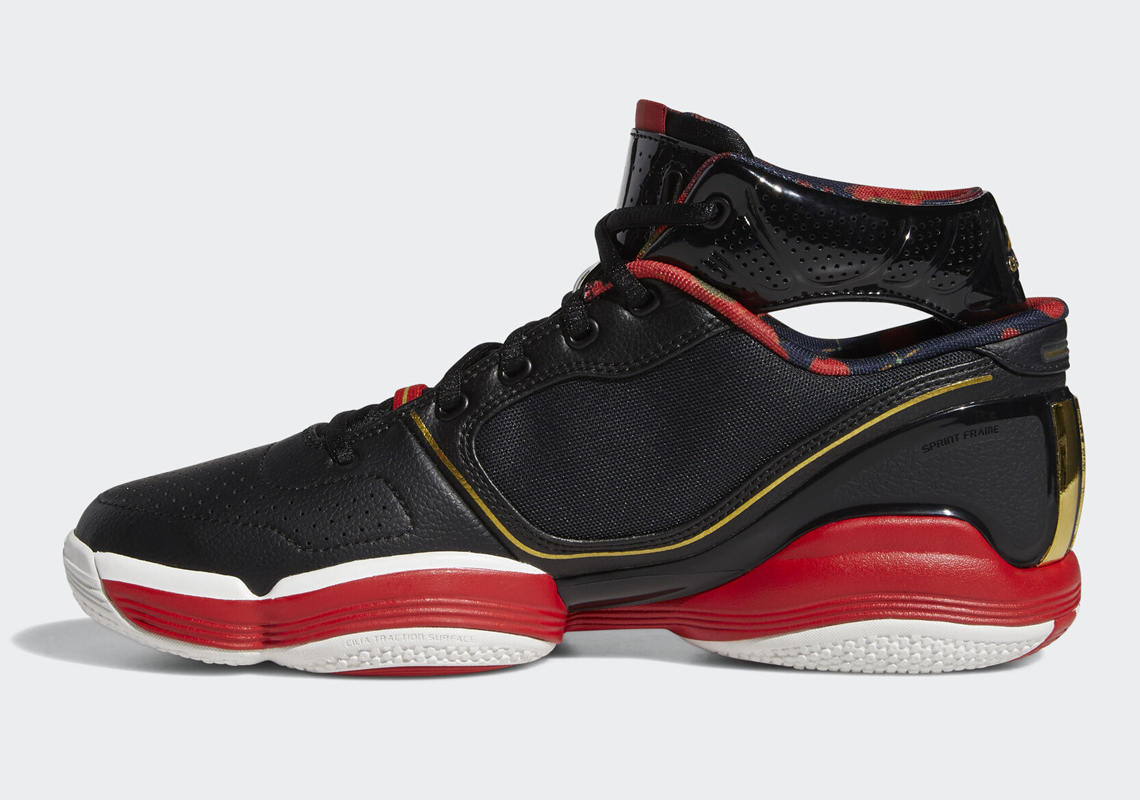 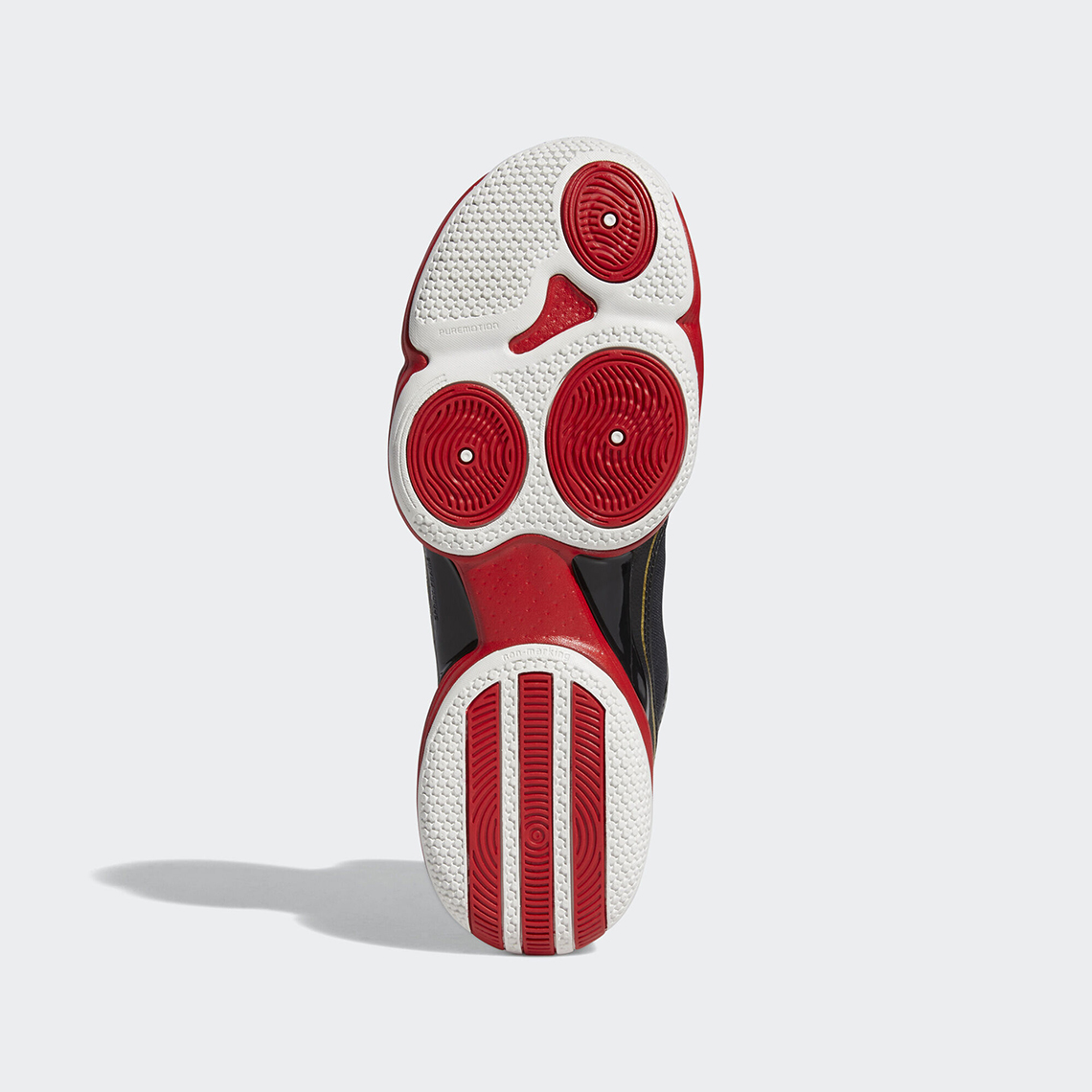