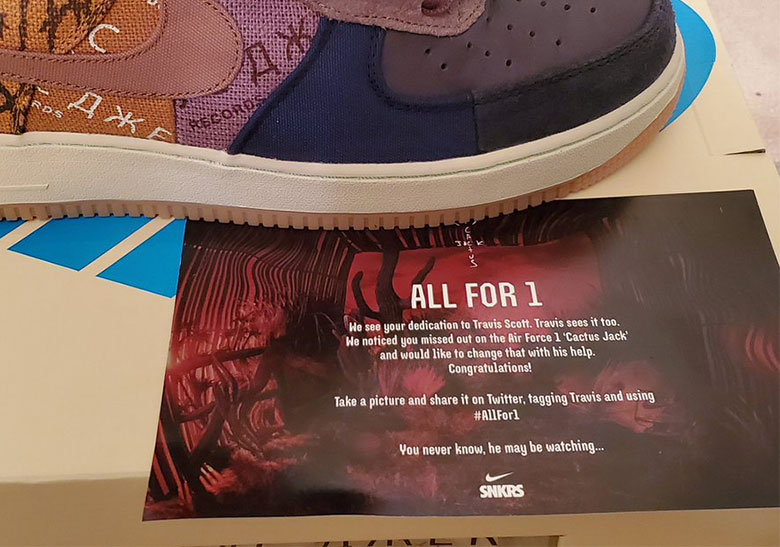 Following the release of the Travis Scott Air Jordan 6s back in October, a riled up fan took to social media to communicate to La Flame and the Nike camp his perspective on authentic fans feeling overlooked when it comes to attempting to purchase his highly coveted footwear collaborations. Taking the time to acknowledge his comments, the Houston-born rapper simply replied with a “Ur voice won’t go unheard”, leaving much anticipation from sneaker lovers across the world as to what changes, if any, may occur in the system. However, as of yesterday, it look as though the Astroworld rapper and the Swoosh team have thoughtfully taken action as a fan who couldn’t cop the Air Force 1 “Cactus Jack” on release day was unexpectedly shipped a pair free of charge, paired with a note that coveys their appreciation for being a loyal customer. Whether or not this indicates if this will continue to happen with more of Scott’s sneaker drops, or any other popular releases for that matter, still remains to be seen, but it is certainly refreshing to see that the brand is listening. 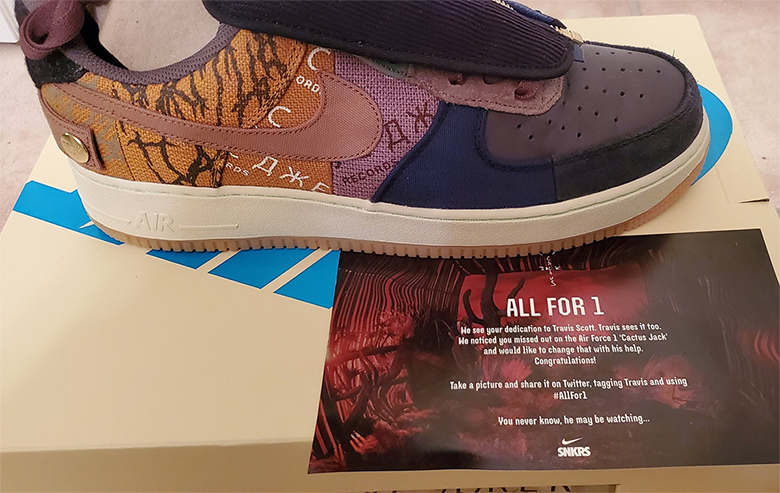