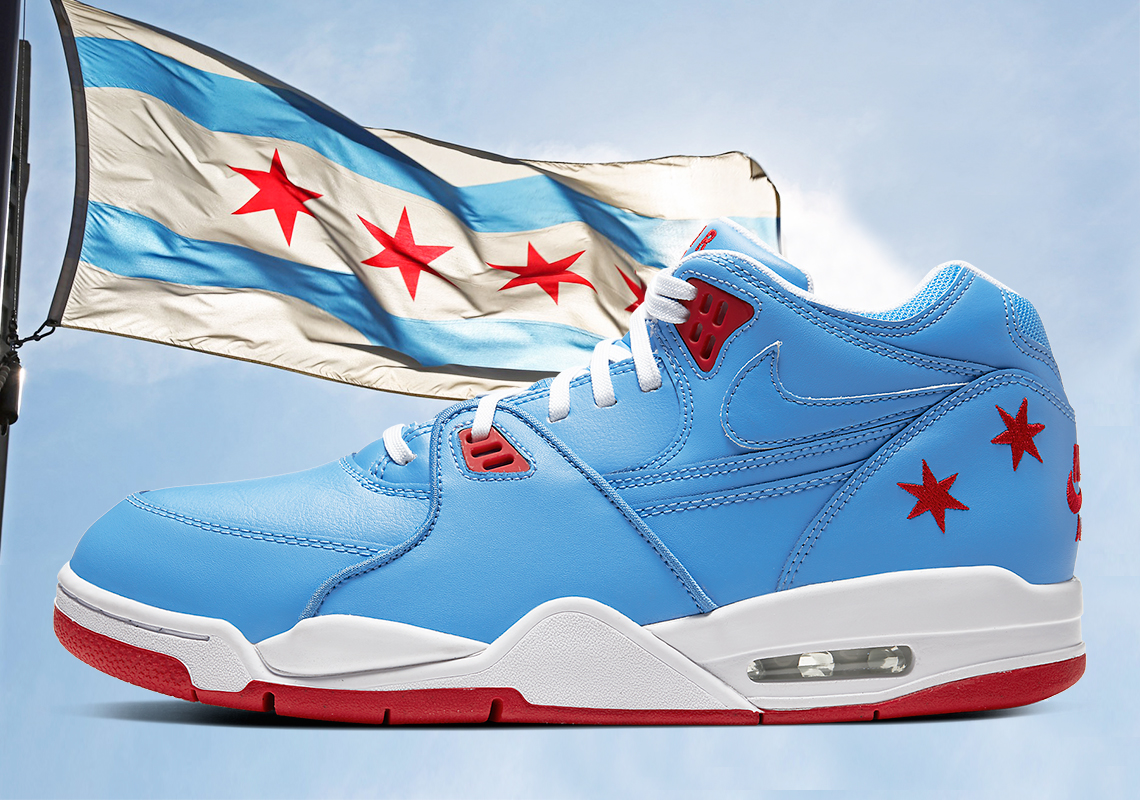 As it stands from the currently available information, All Star Weekend’s set of releases is poised to be the biggest and best its ever been in years: the arrival of the Air Jordan 1’s newest 1985 shape, a host of collaborations with Virgil Abloh as the lead headline, and certainly much more yet to be revealed. And, as is fitting of its Chicago home base, the Nike Air Flight 89 rides in with a colorway exuberantly dedicated to the Windy City flags and its bright blue colors. Stars are completely furnished in as well, dressing up the baby blue backdrop — a cool tone that encompasses the smooth leathers base from the forefoot to the heel counter and over onto the swoosh and tongues — with bright red accents of which the symbol is most discernible for. These six point stars, then, complete the impression solely along the rear, stamping in pairs along the lateral and medial to surround the embroidered “Nike Air” at both sides. Treads follow suit in the louder coloring, affixing even atop the logo hits along the frontal top line and the fixtures at both ends of the lace unit. Grab a detailed look at these right here, and as they’re likely an homage to the aforementioned festivities, it’s possible we’ll be seeing a release come February 2020. 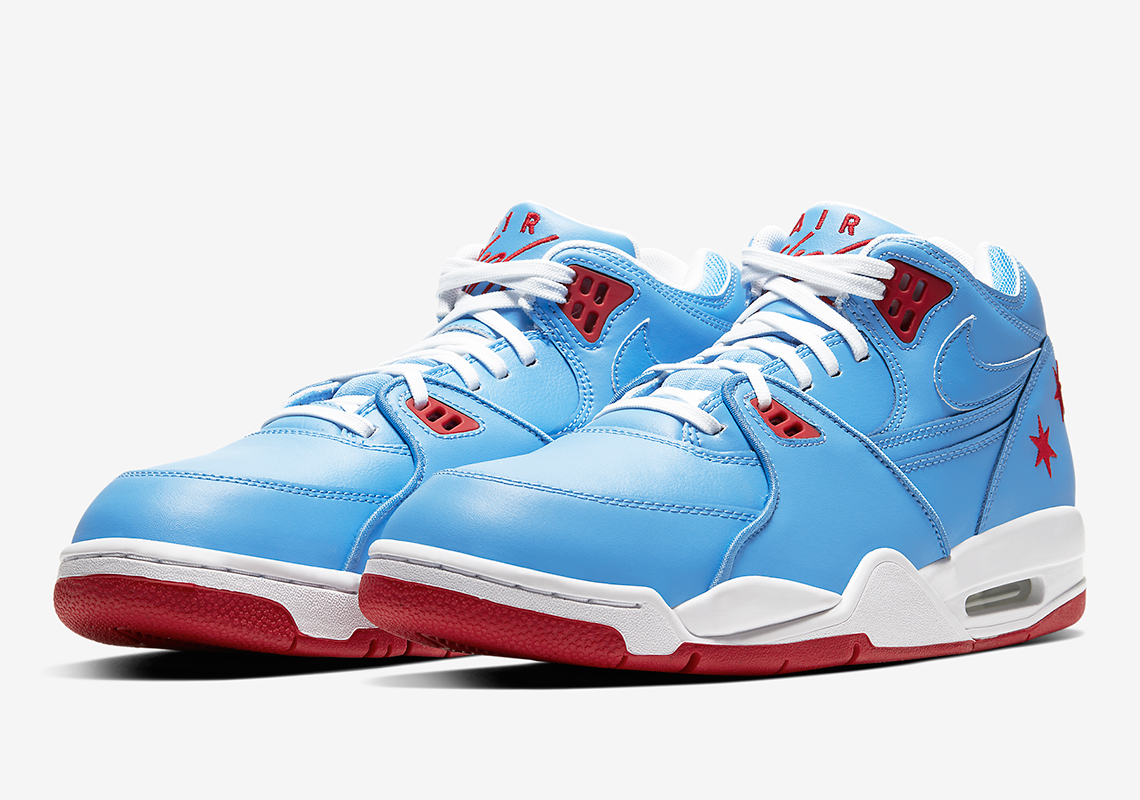 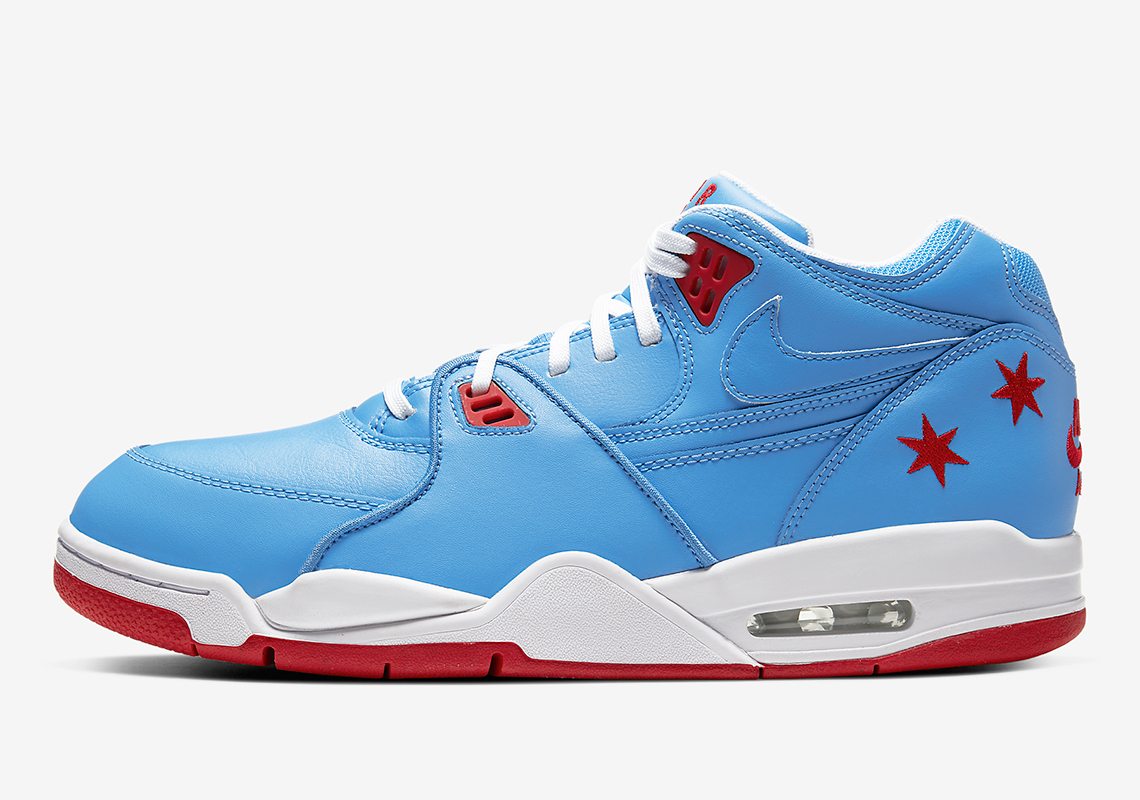 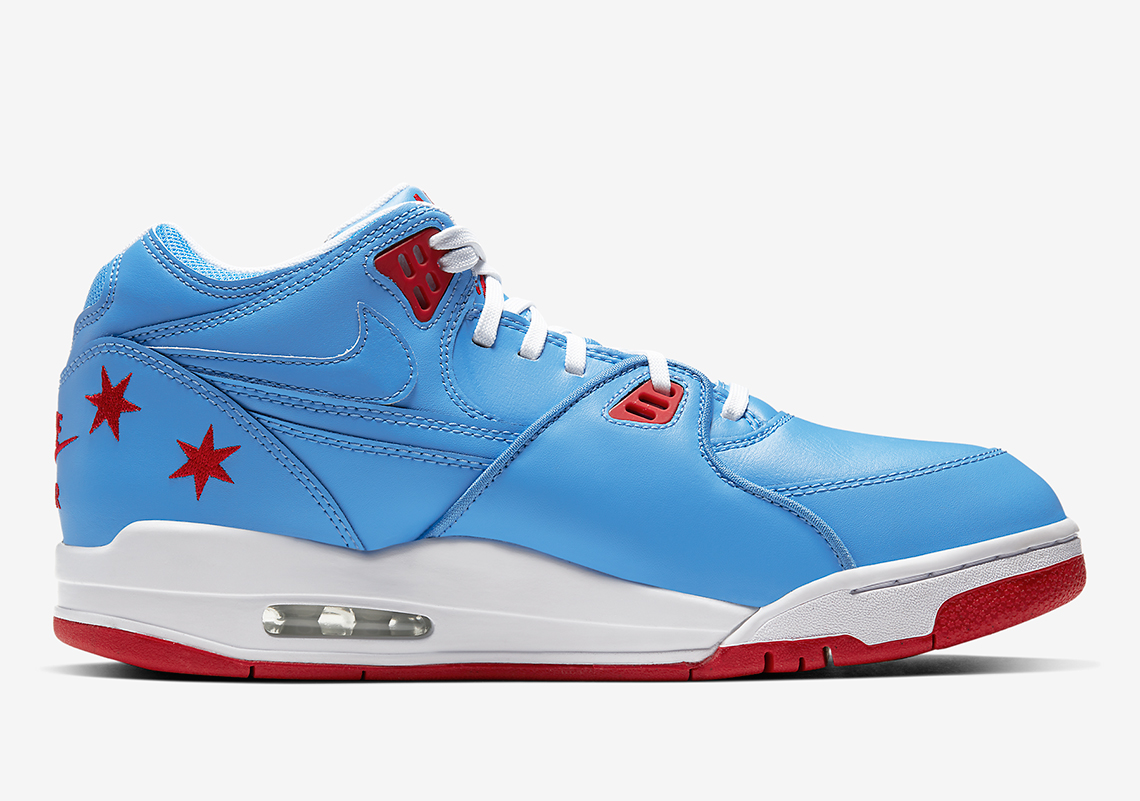 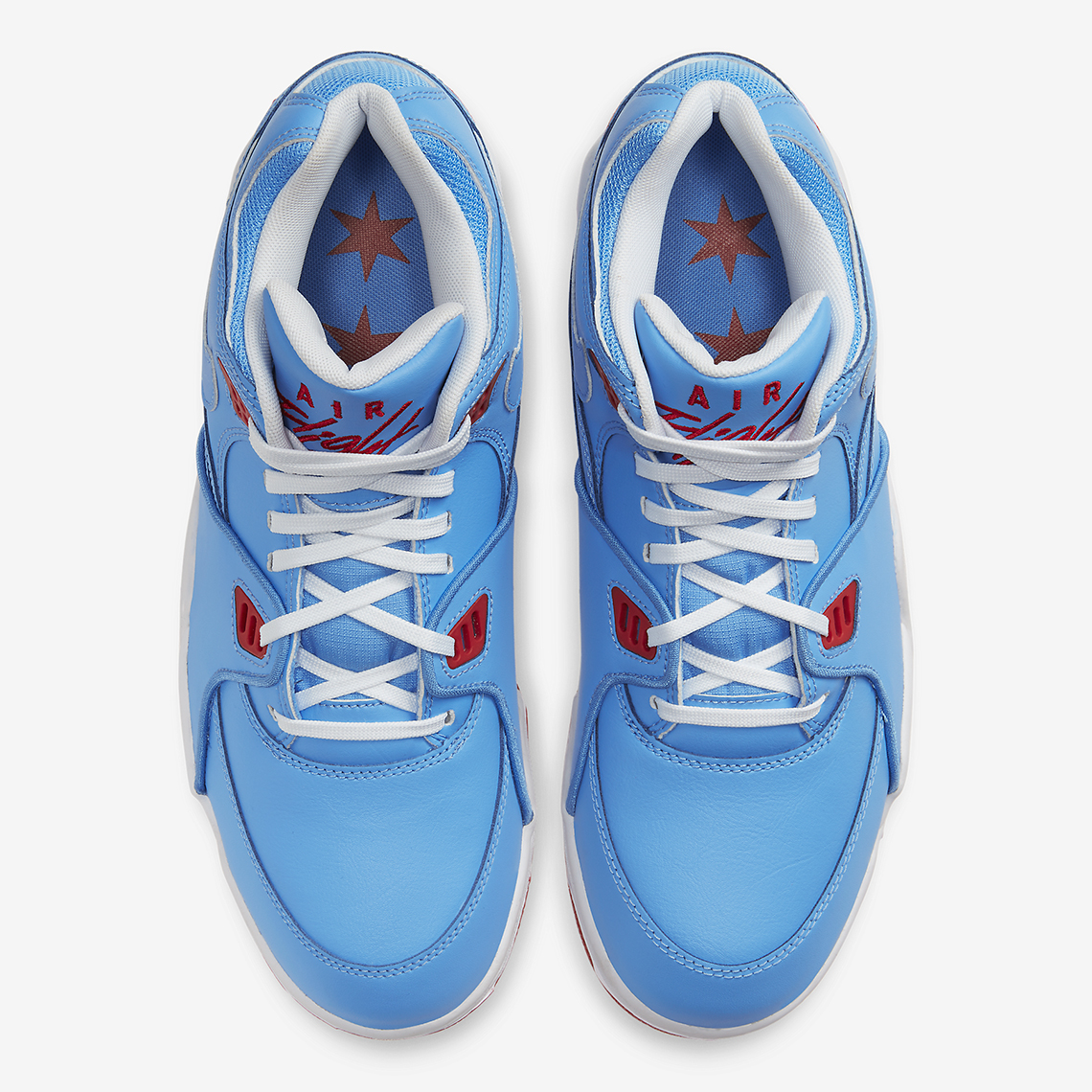 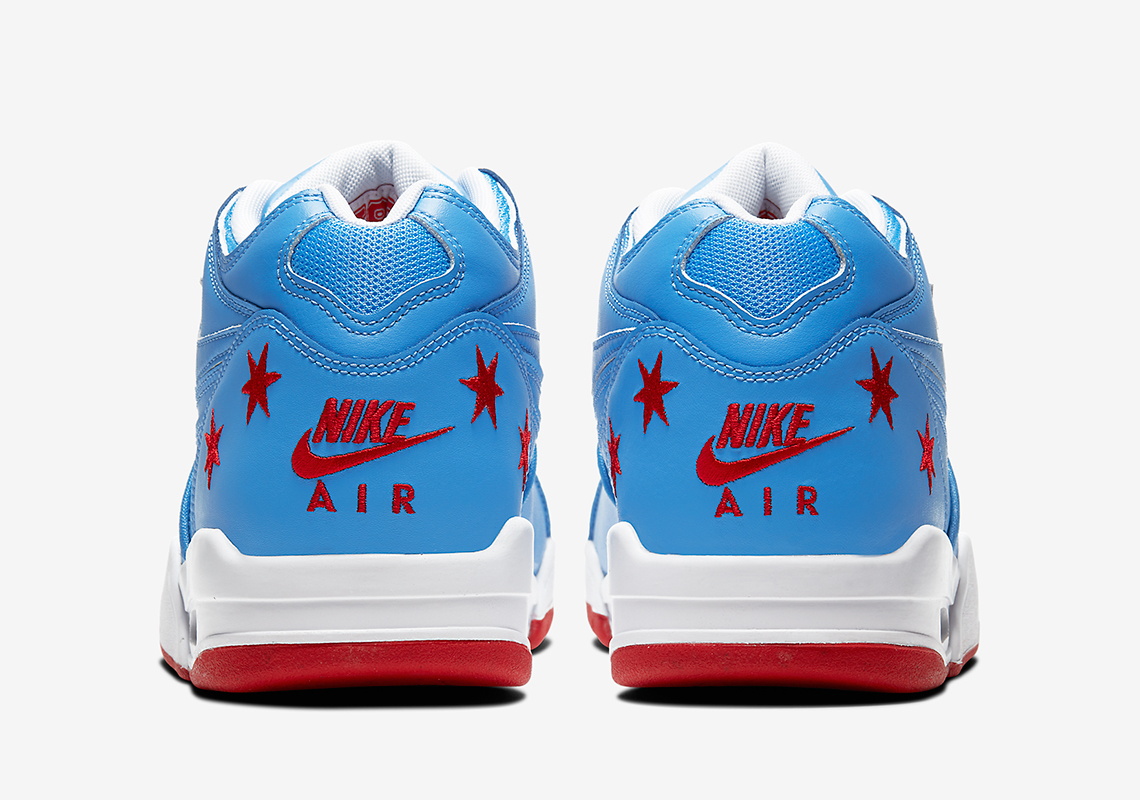 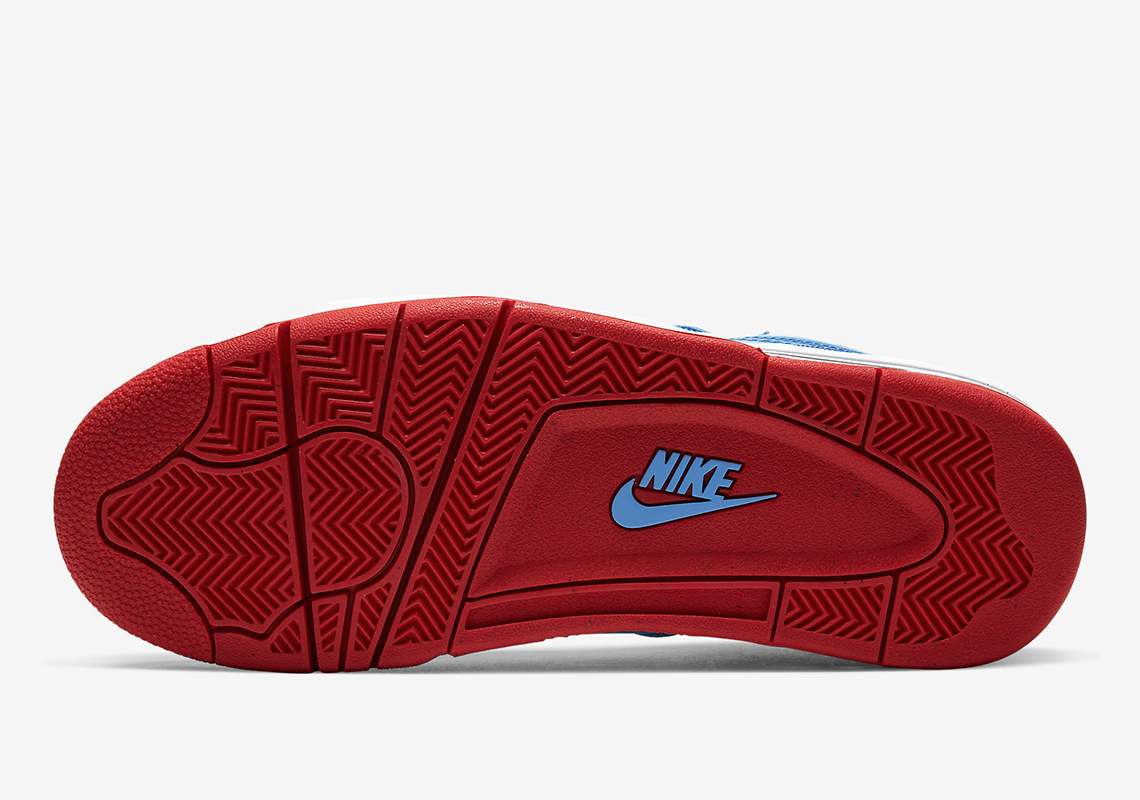