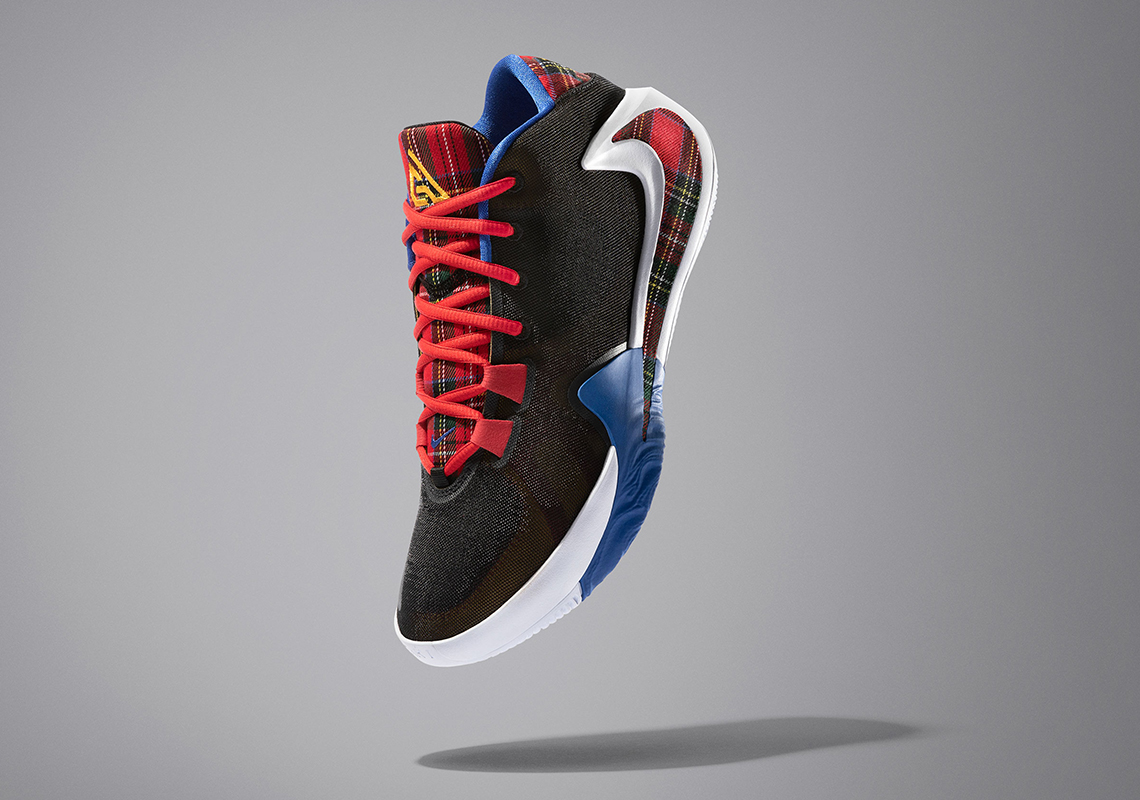 With the month of February just upon the horizon, it’s almost time for the the NBA’s cream of the crop to travel to Chicago for All-Star Weekend 2020. And as always, Nike is supplying some of their signature silhouettes with special treatments to celebrate the festivities, one of which includes Giannis Antetokounmpo’s Zoom Freak 1. Arriving as the third member of his “Coming to America” lineage, this latest installment directly nods to the 1988 film by centering its focus on the uniform that Eddie Murphy wore whilst working at McDowell’s restaurant. Although the kicks employ a mostly black theme placed atop its mesh-constructed upper, the stand out feature certainly lies within the patterns as identical tartan graphics representative of the fictional fast food employee’s garb are packaged onto the throat and the oversized Swoosh logos. Darker shaded blue accents are also brought to the table to then color up the front midsole panels, as well as the sock liners to translate the same pigment of Murphy’s pants. Expect to find these laced up on the soles of the “Greek Freak” come February 16th, and be on the lookout for them to likely release on Nike.com and select retailers on February 14th. 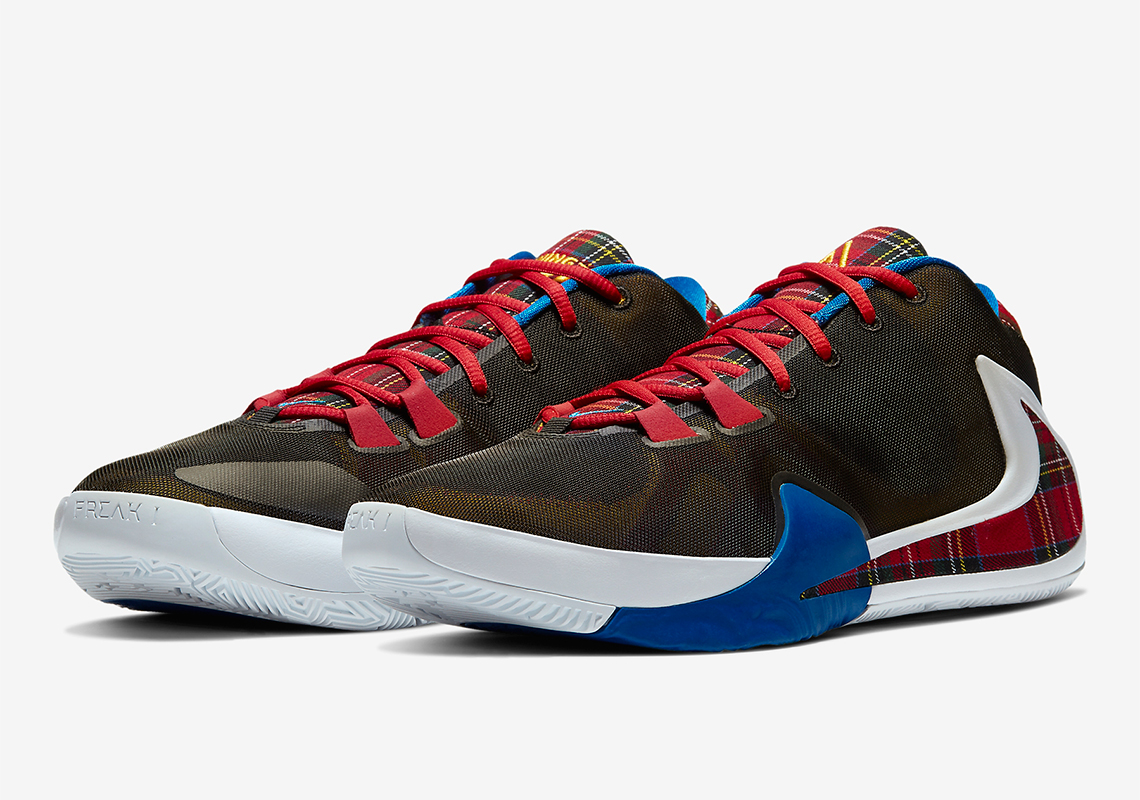 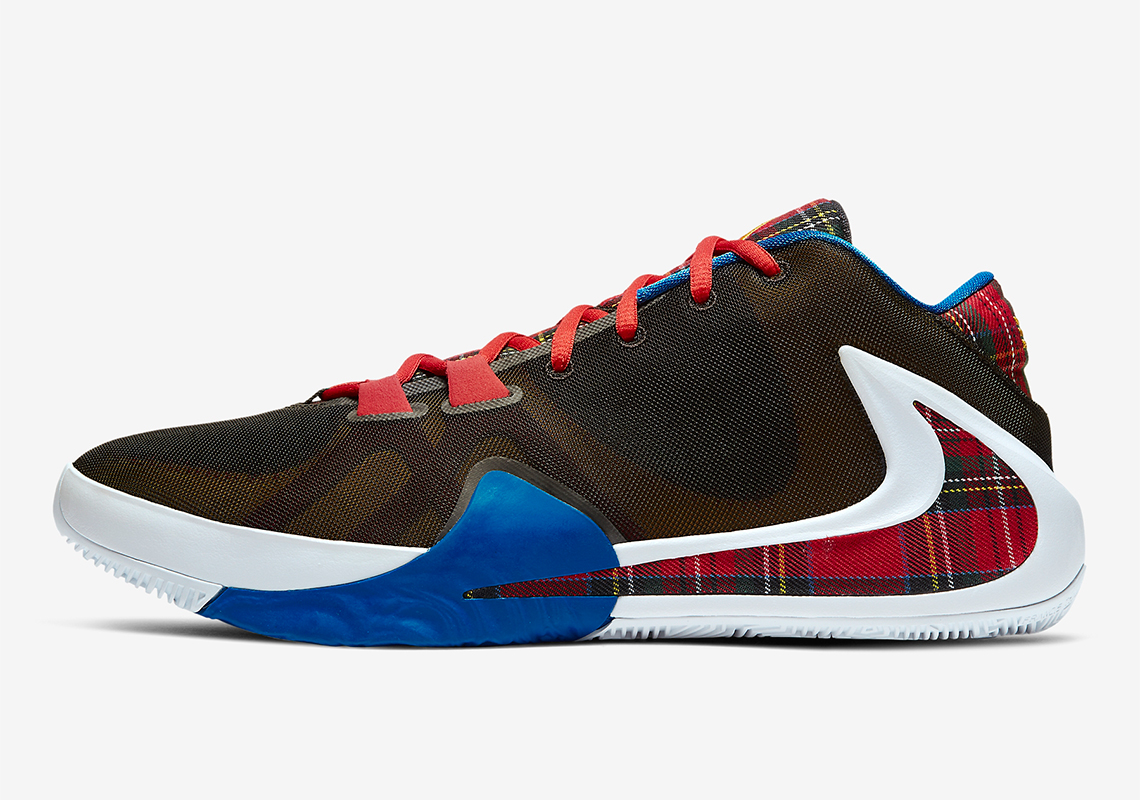 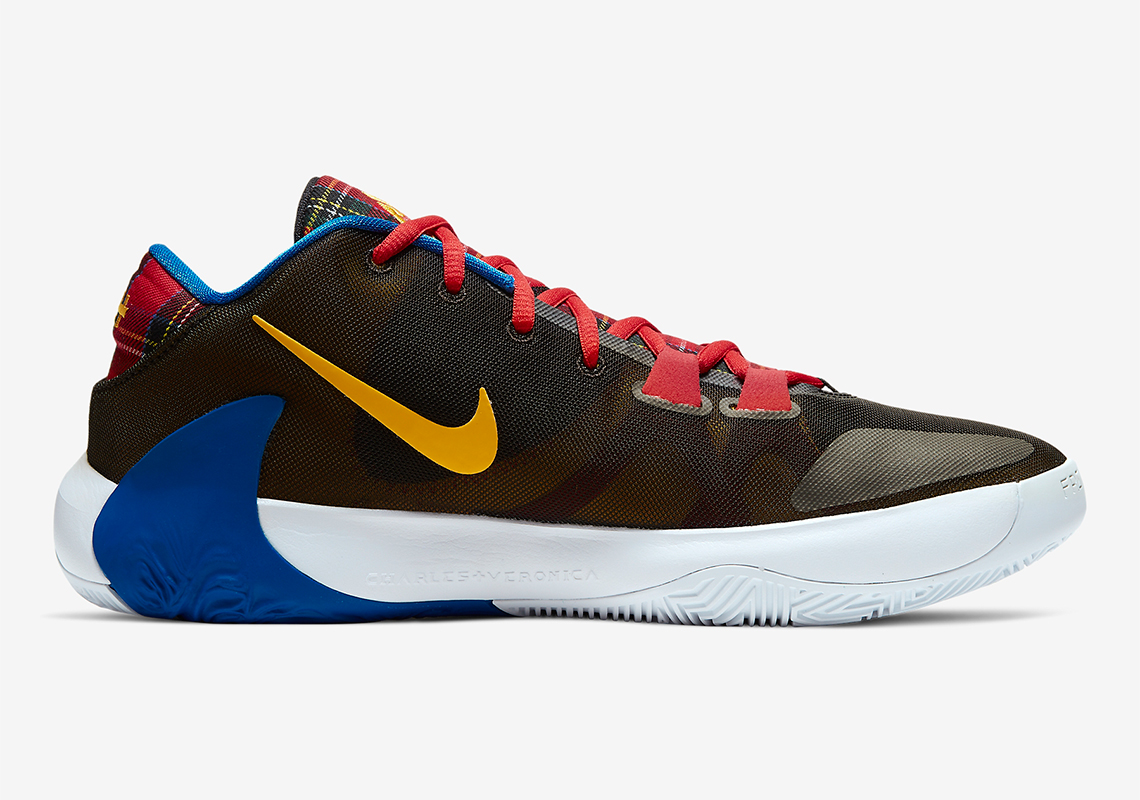 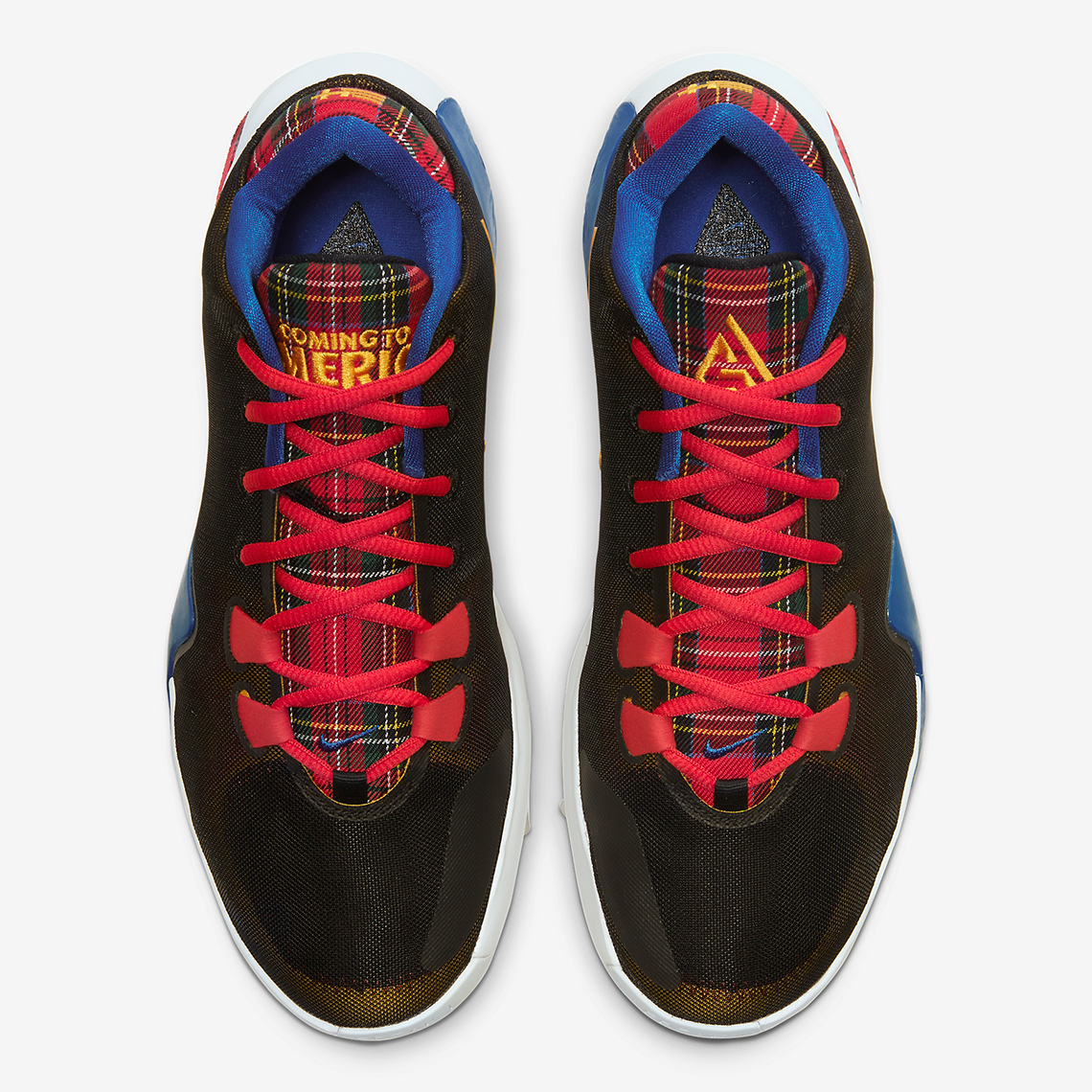 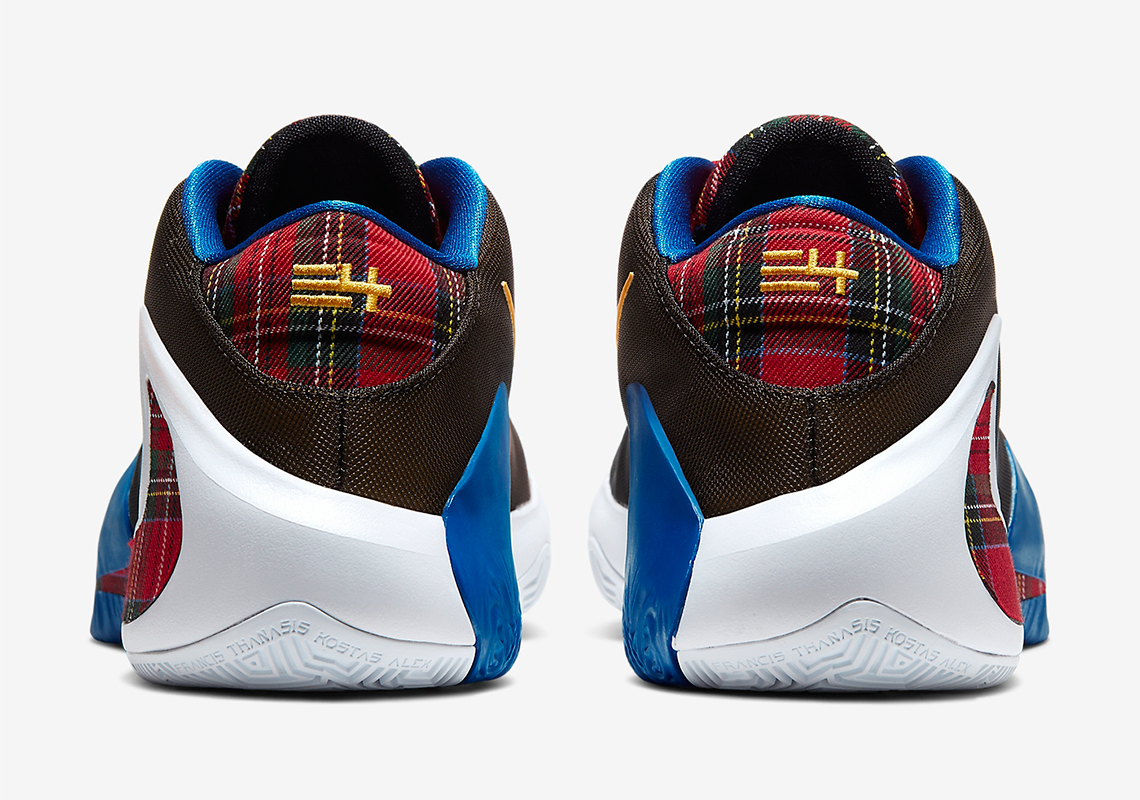 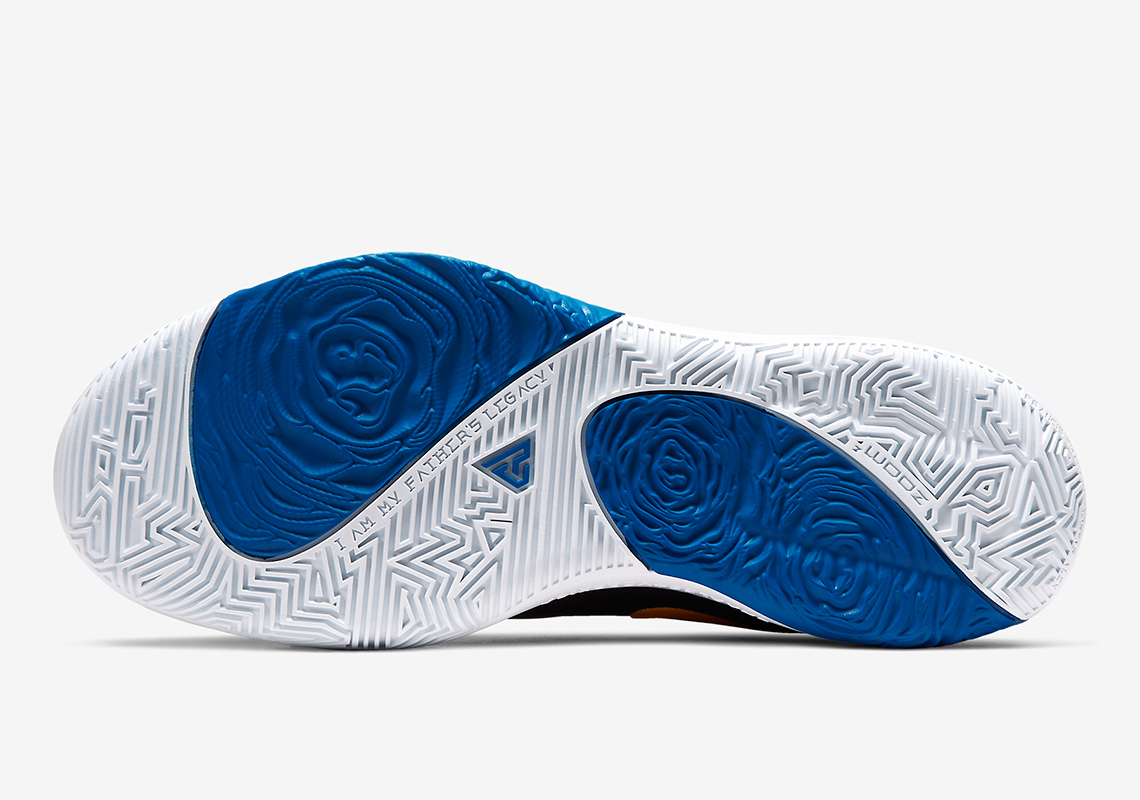