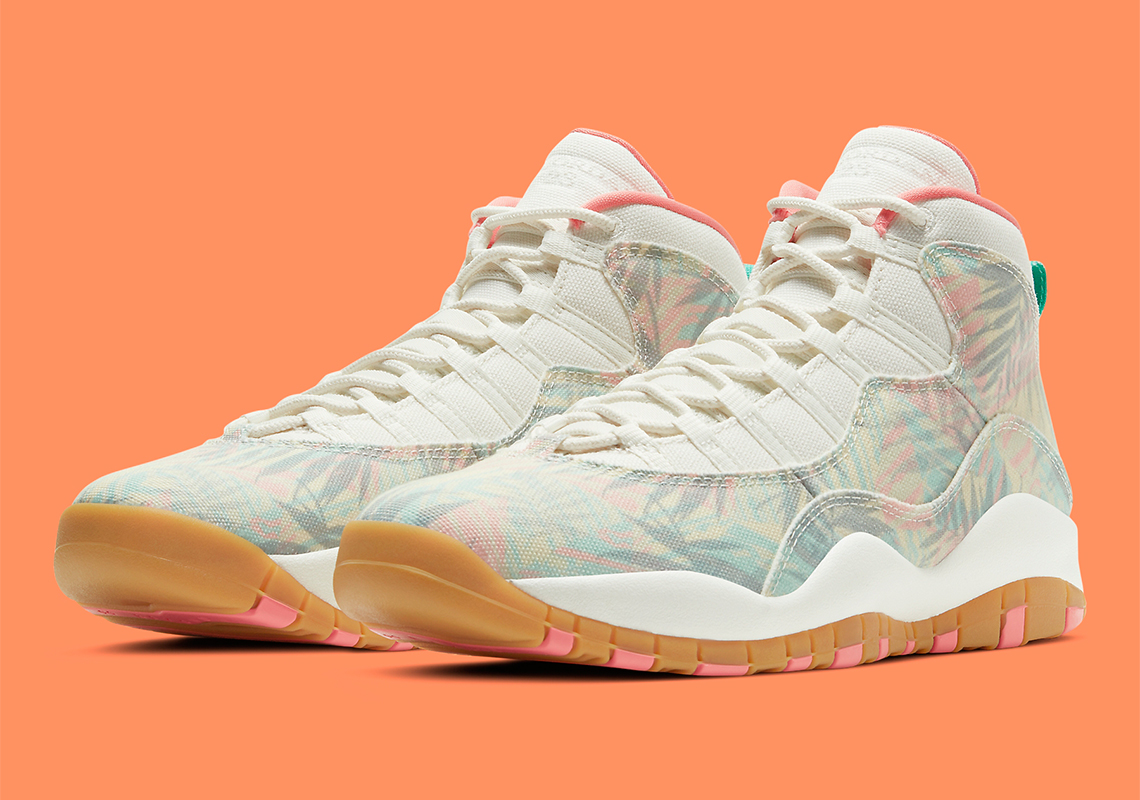 Seemingly on everyone’s mind — if you’re a devotee of the sport or simply involved for a friendly wager — the Super Bowl continues to loom over the early months of the new year, sitting just on the horizon at the beginning of February. But aside from the masses, it seems even Jordan Brand has marked their calendars, saving some time to carve out an homage in the shape of the Air Jordan 10. And as evident from a few early leaks, the football influence is almost utterly lost visually, preferring to lean back as if on Miami Beach: a fitting design choice that makes nods to the event’s 54th in the South Florida heat. Palm trees dress for attention along the lowermost paneling, sublimated in a seemingly random assortment of pink, blue, and grey shades. Its canvas backing, which dyes in a tan base coat, inform even the rest of the construction, though the latter arrives a stark white. Lining and heel then complement in the aforementioned pink and blue, respectively, while specific pieces of the gum bottom segment with more blush. Grab an official look at the pair right here and expect a release to go down on February 1st likely at Nike.com and a few shops.

Stay up to date on the latest Air Jordan Release Dates. 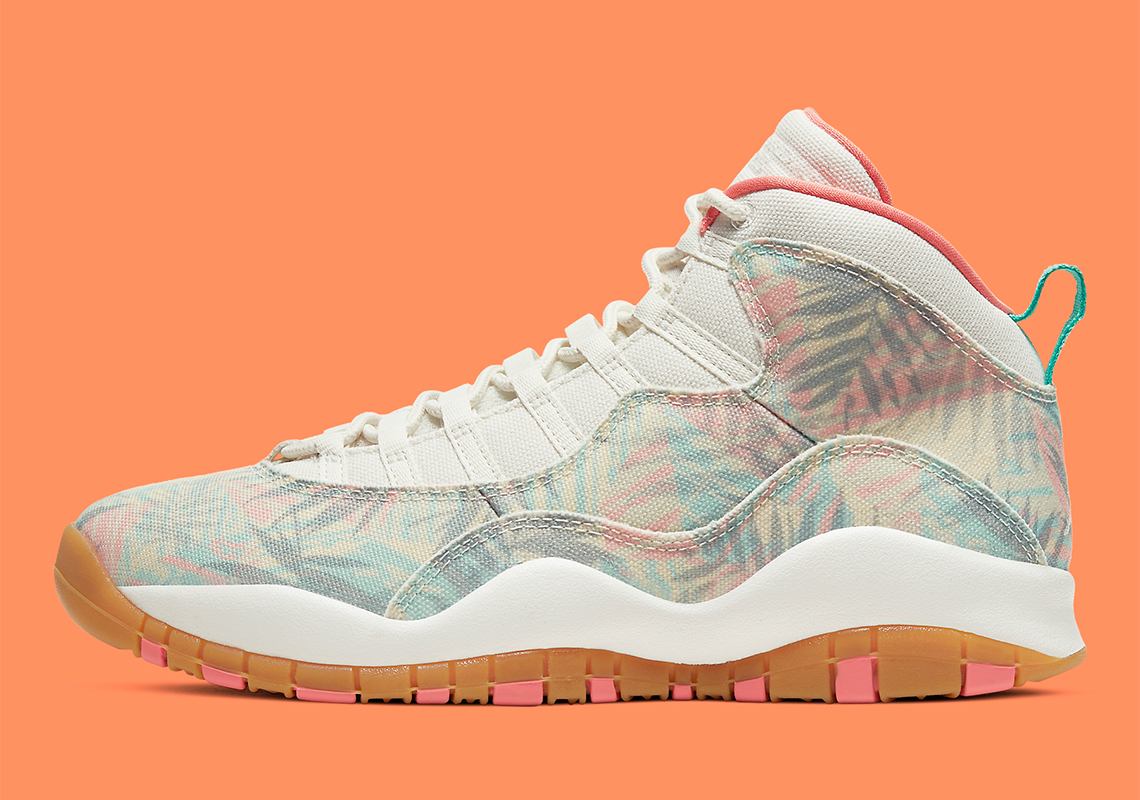 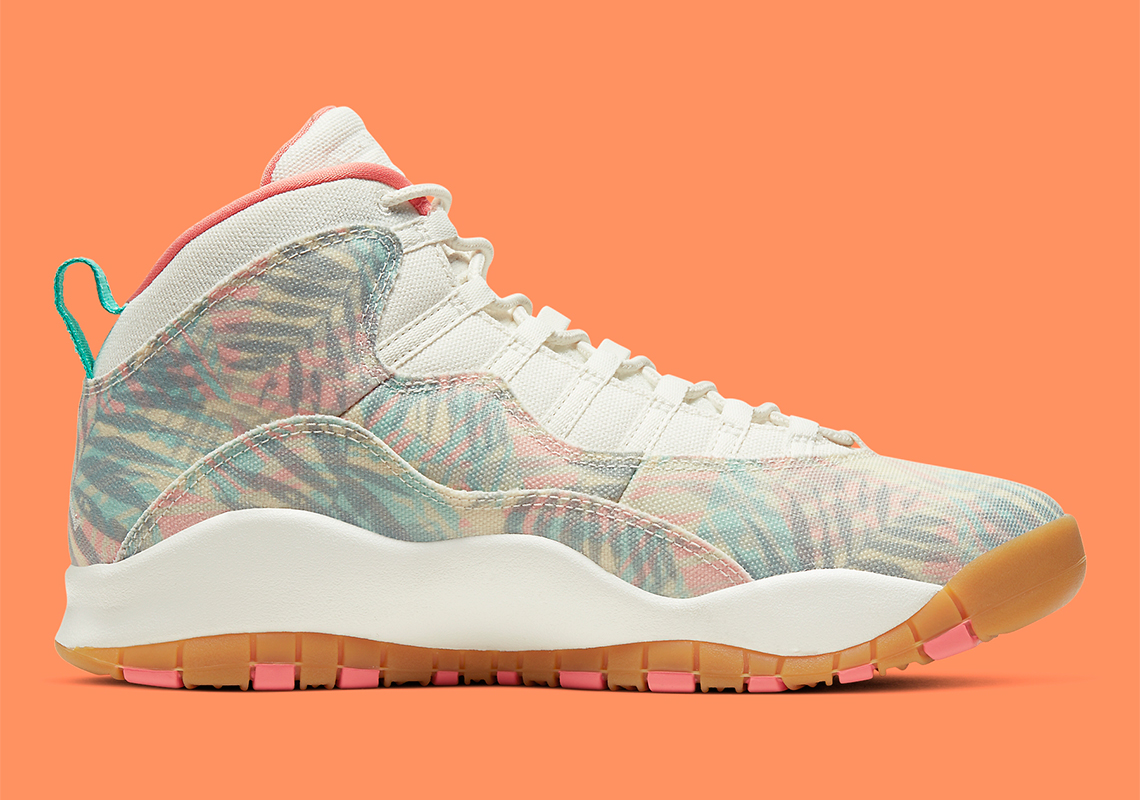 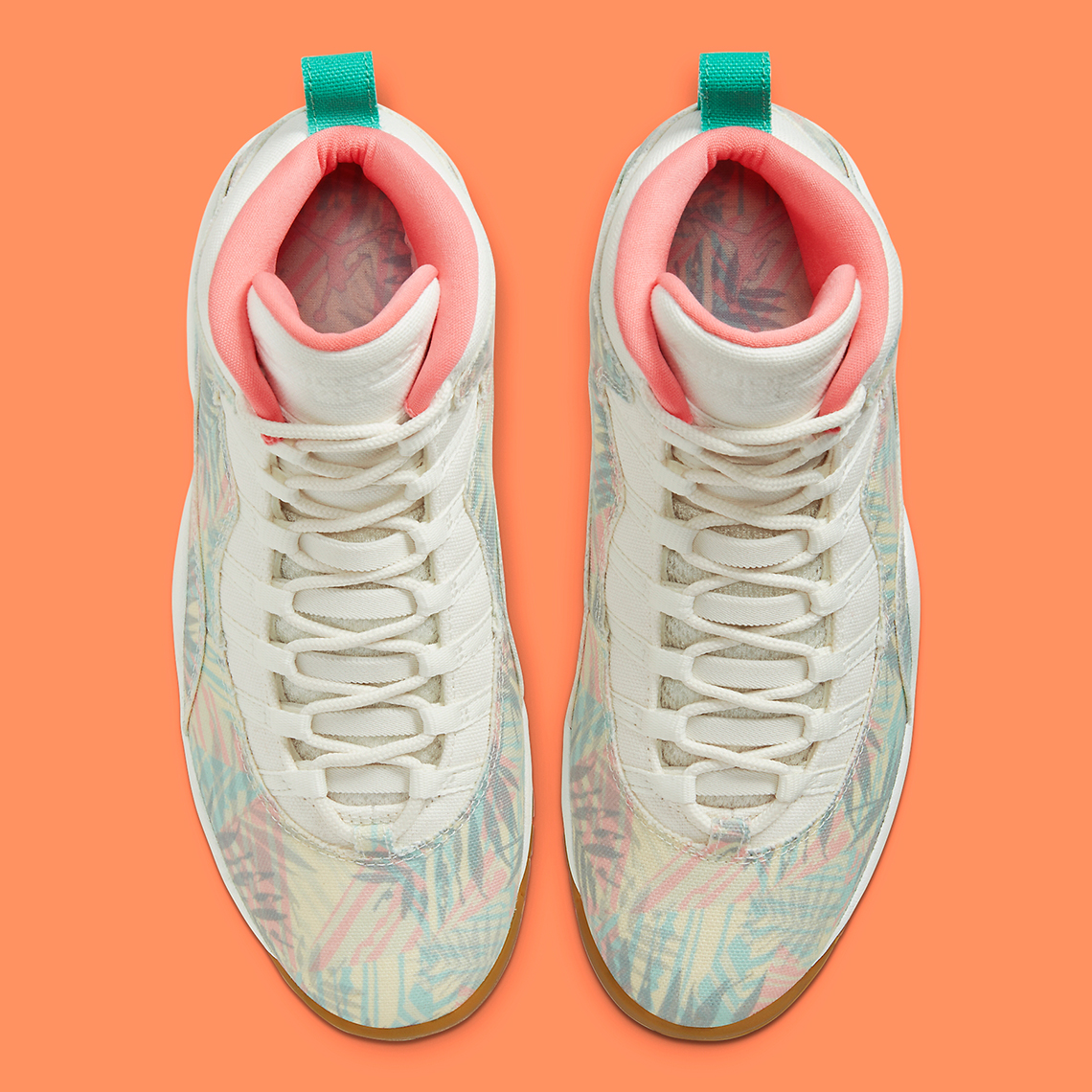 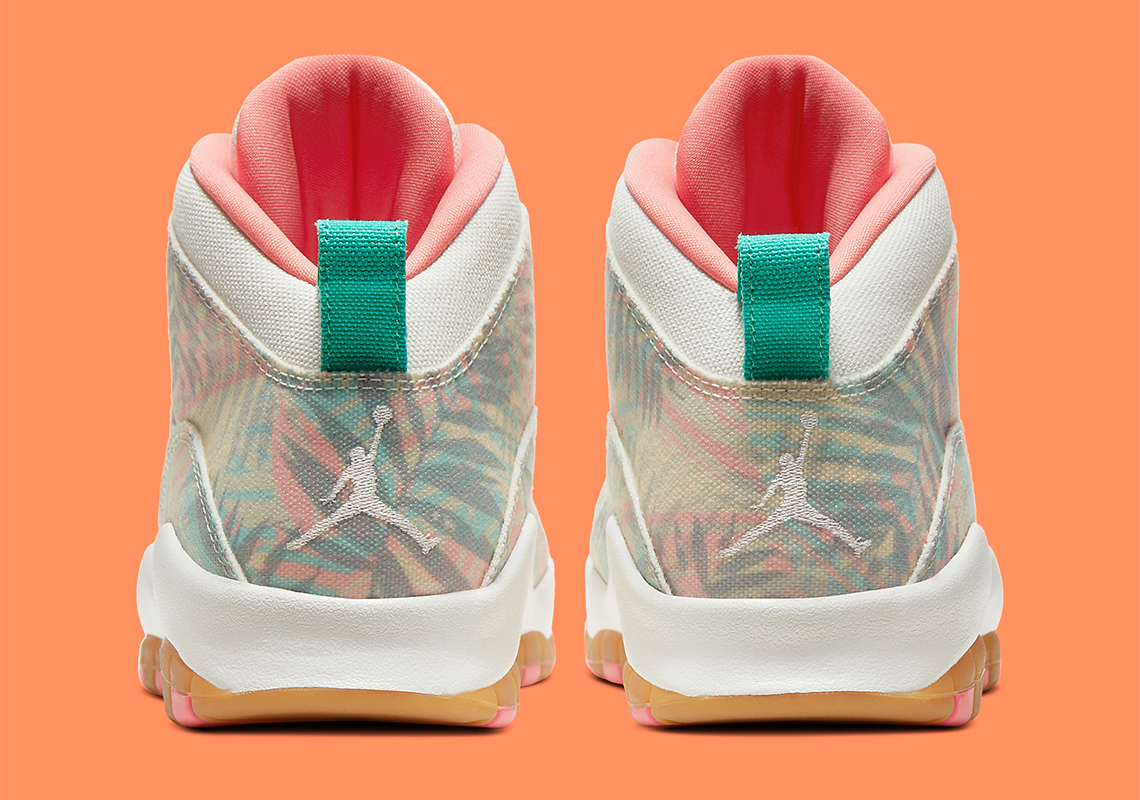 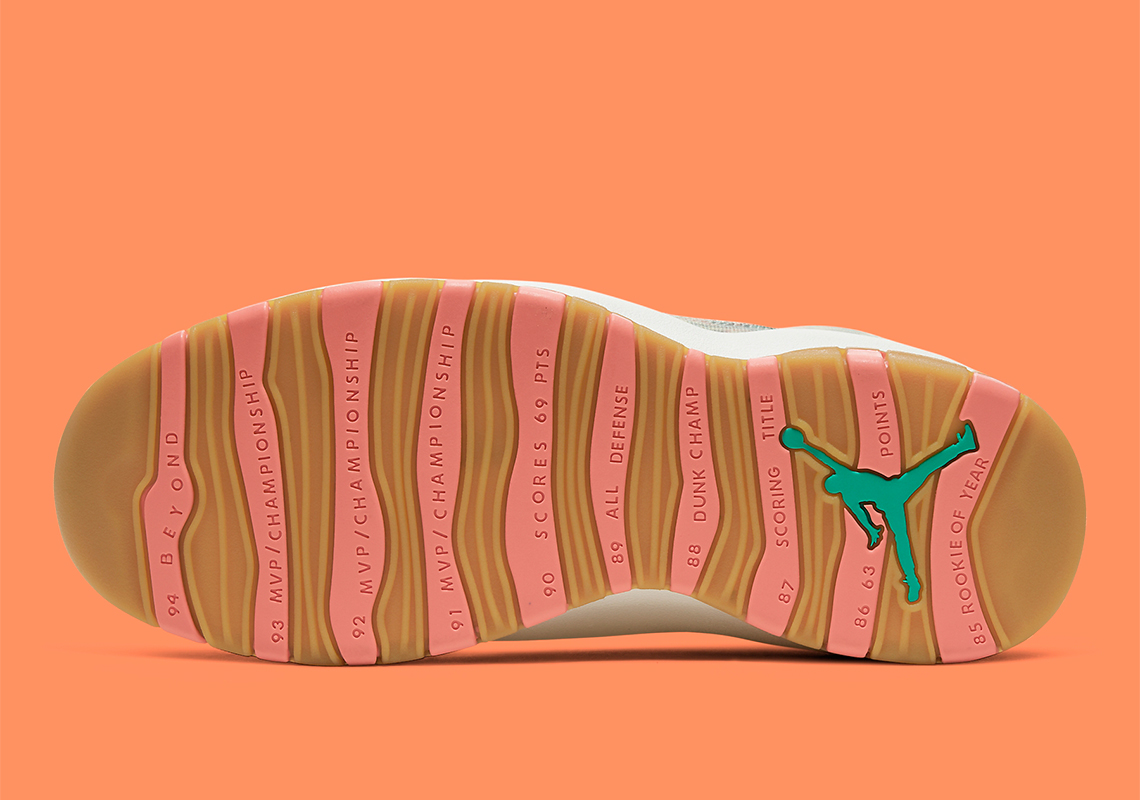