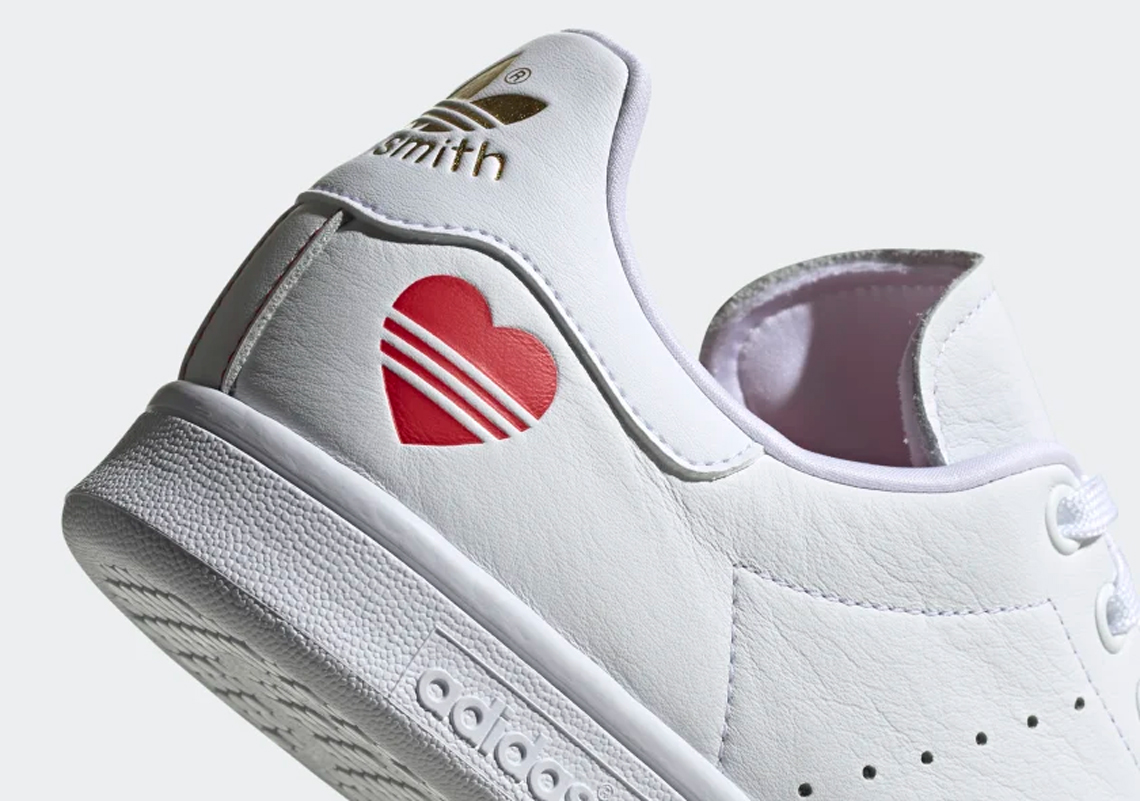 If you haven’t yet begun to plan for Valentine’s Day, adidas has offered to help with an upcoming romance-inspired collection featuring the Stan Smith, Superstar, and Nizza. The five-shoe pack doubles up on all three models except for the oft-overshadowed Nizza, which features a “Crystal White” canvas upper contrasted by a scarlet hue that takes over branding on the tongue, heel, and heart-shaped patch on the lateral midfoot.

Favoring a similar pristine, but leather base, both Stan Smith iterations resemble previous Valentine’s Day releases given that they only animate the pairs with hits of red and gold across branding, inner detailing, and love-related motifs – in this case hearts. By contrast, the accompanying Superstars – which turn 50 this year and recently starred in a Jonah Hill-directed spot – deviate from their lovey-dovey ensembles of years past. Slightly reminiscent of their recent Lunar New Year release, Shell-Toes isolate their use of red at the heel and ankle opening, though they forgo any pattern. Instead, the street-classic opts to show itself appreciation on the February 14th date as it features not only an embroidered white and black version of itself on the medial side, but also cut-off text at the midsole that reads “LOVE SUPERSTAR.” Elsewhere on this marquee Three Stripes model, “Gold Metallic” elevates its branding just enough.

Grab a closer look at all five pairs here below and find them dropping at adidas.com on February 1st, 2020 with prices ranging from $80 for the Stan Smiths and Superstars and $60 for the Nizza. 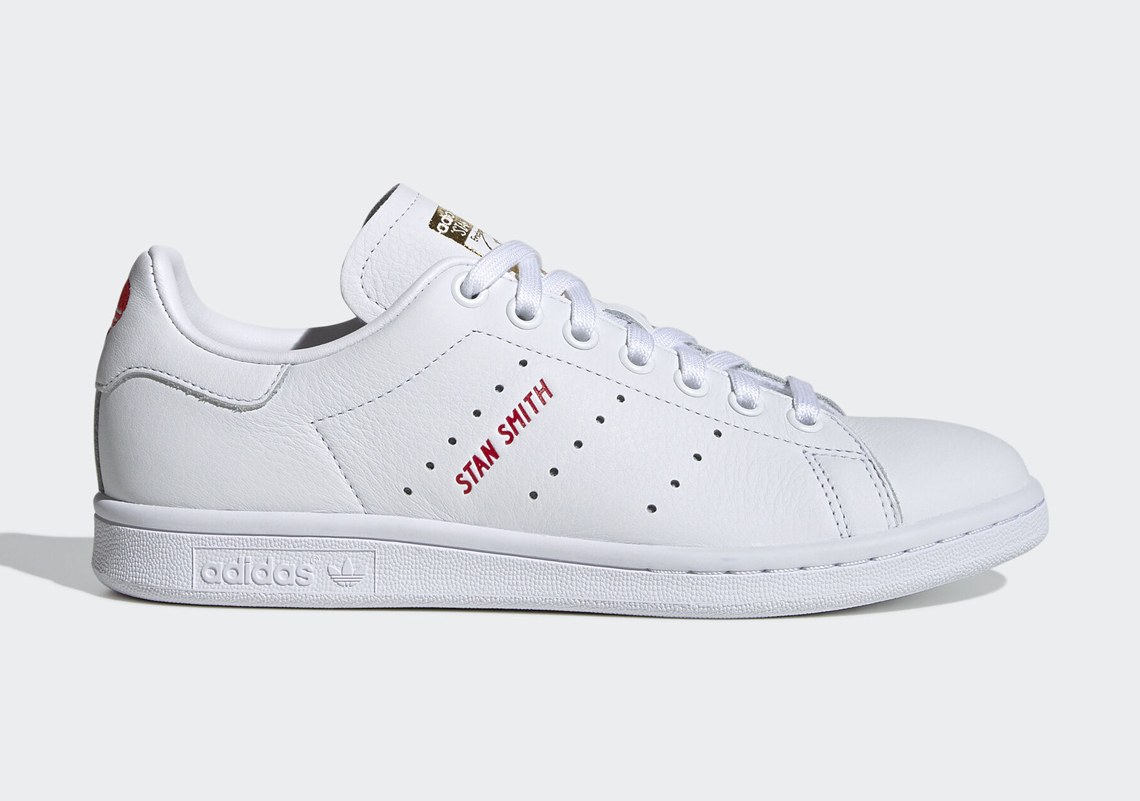 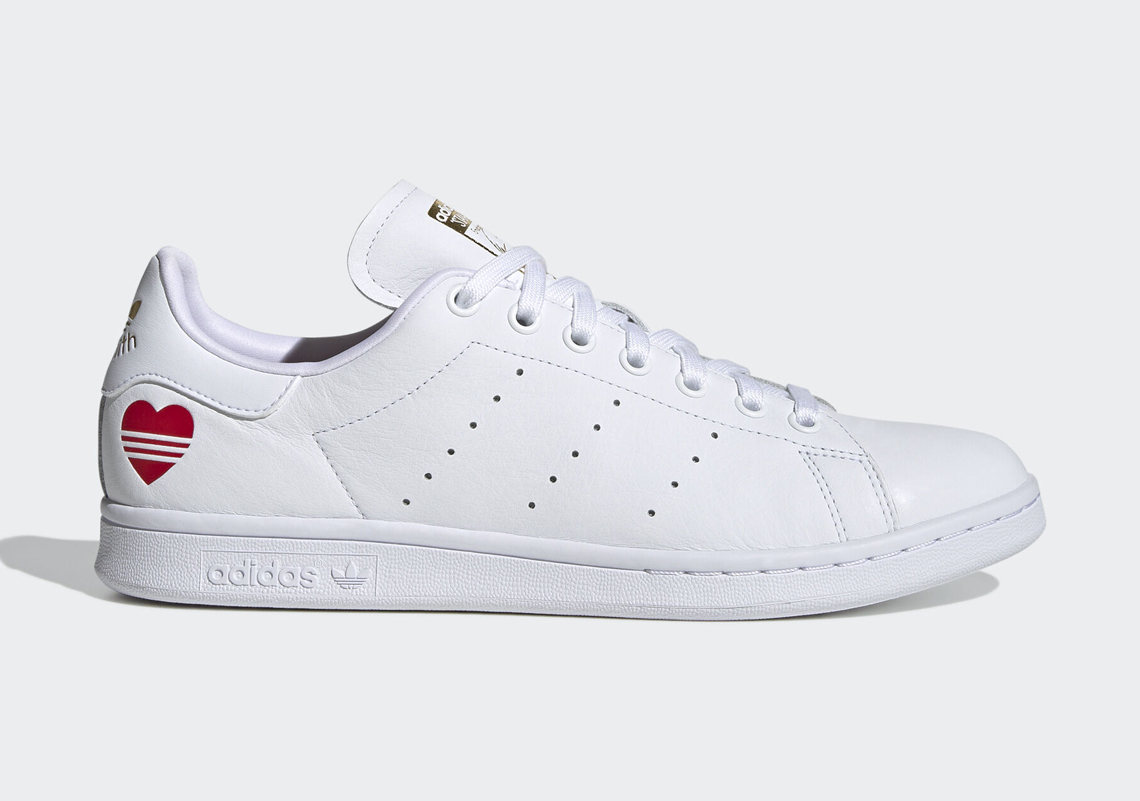 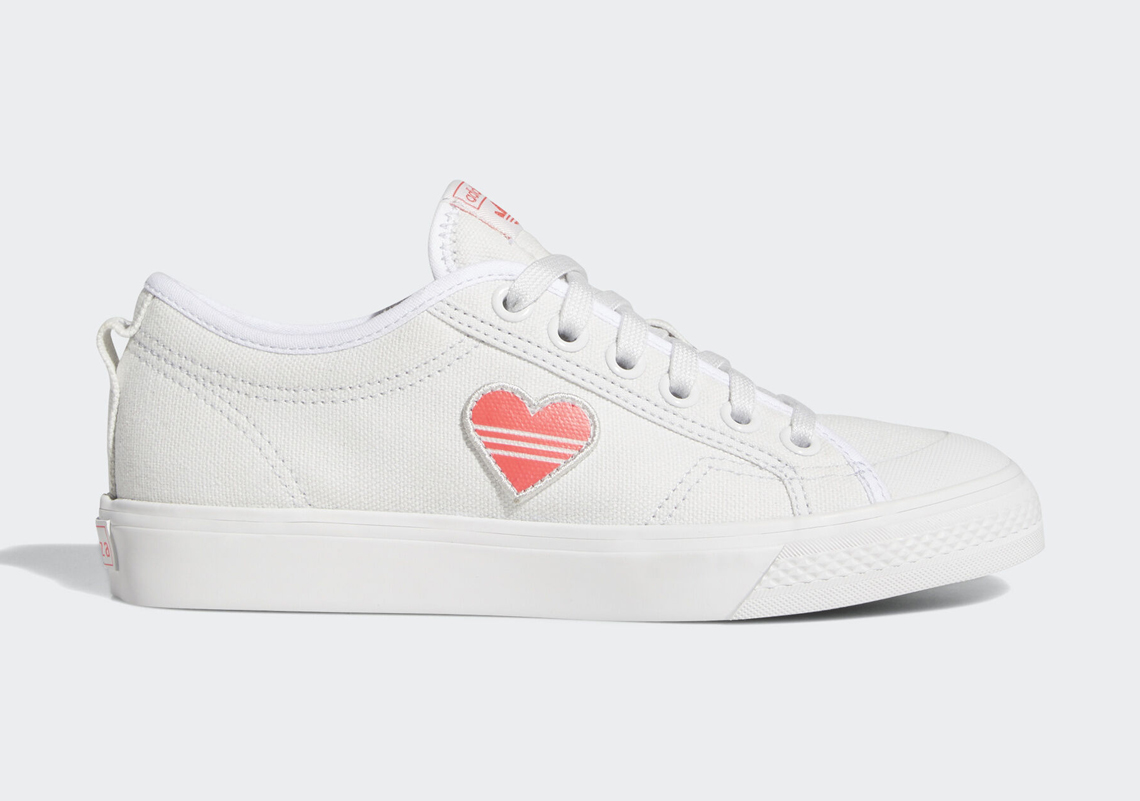 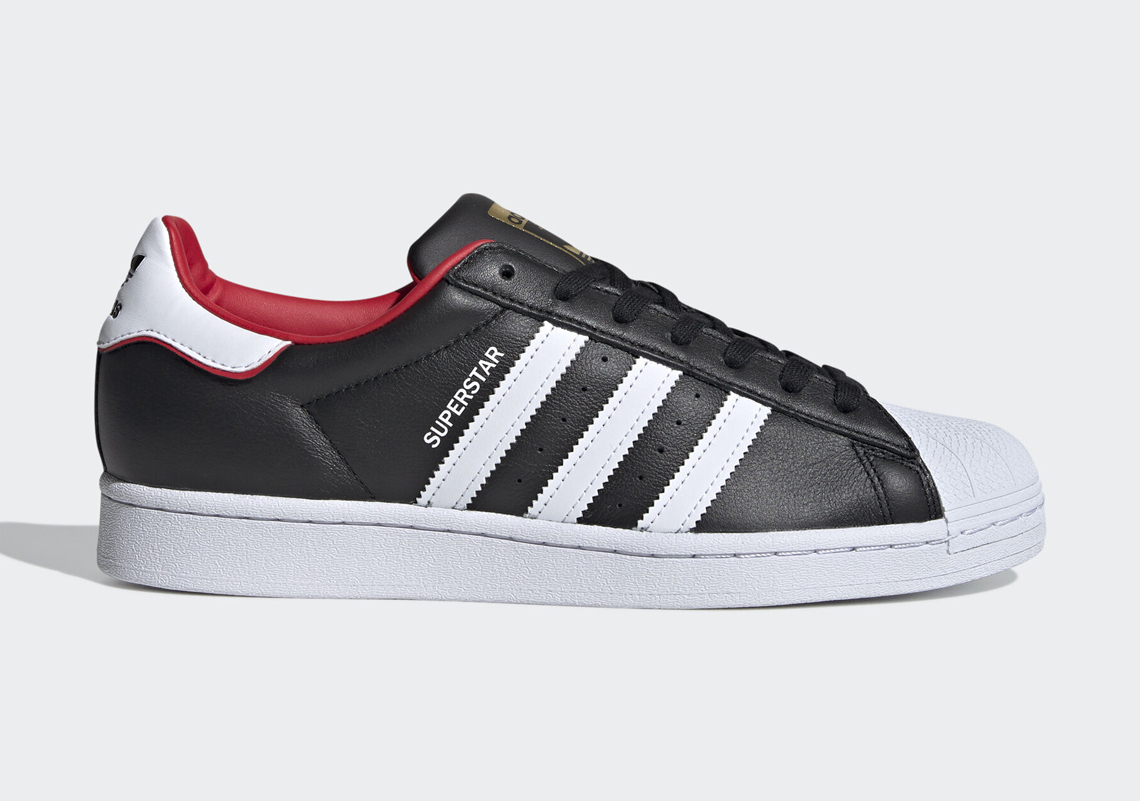 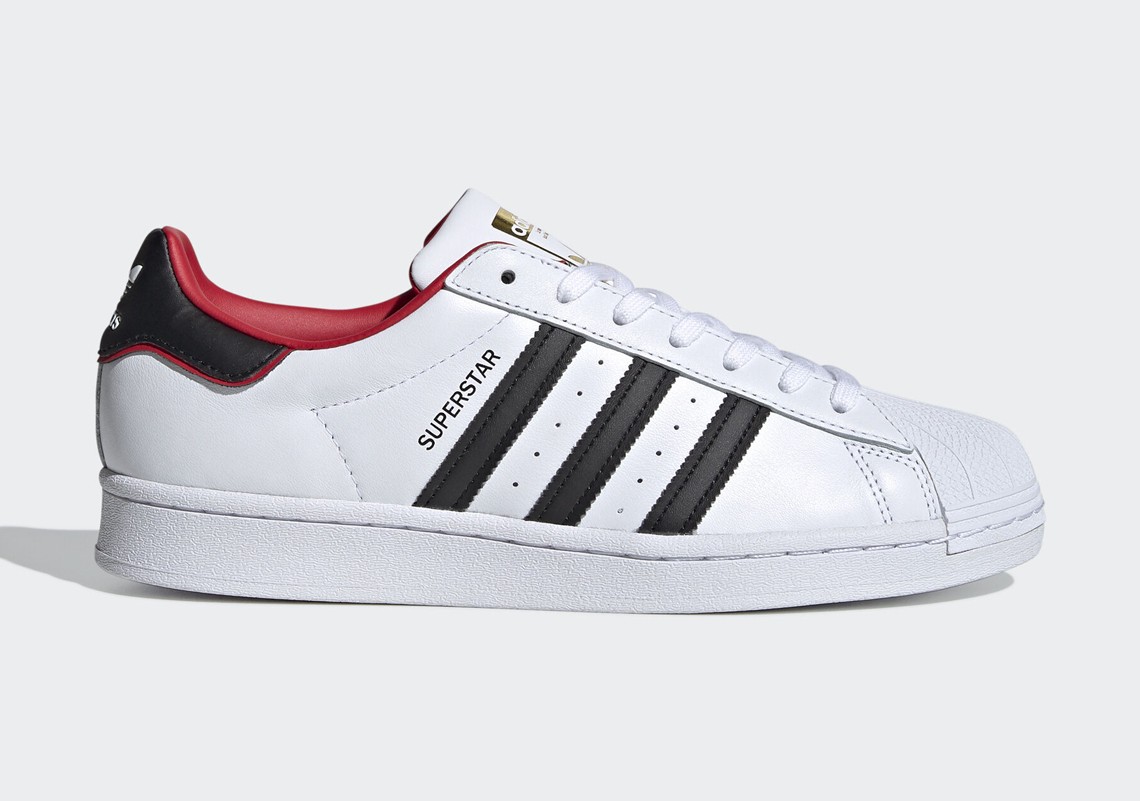 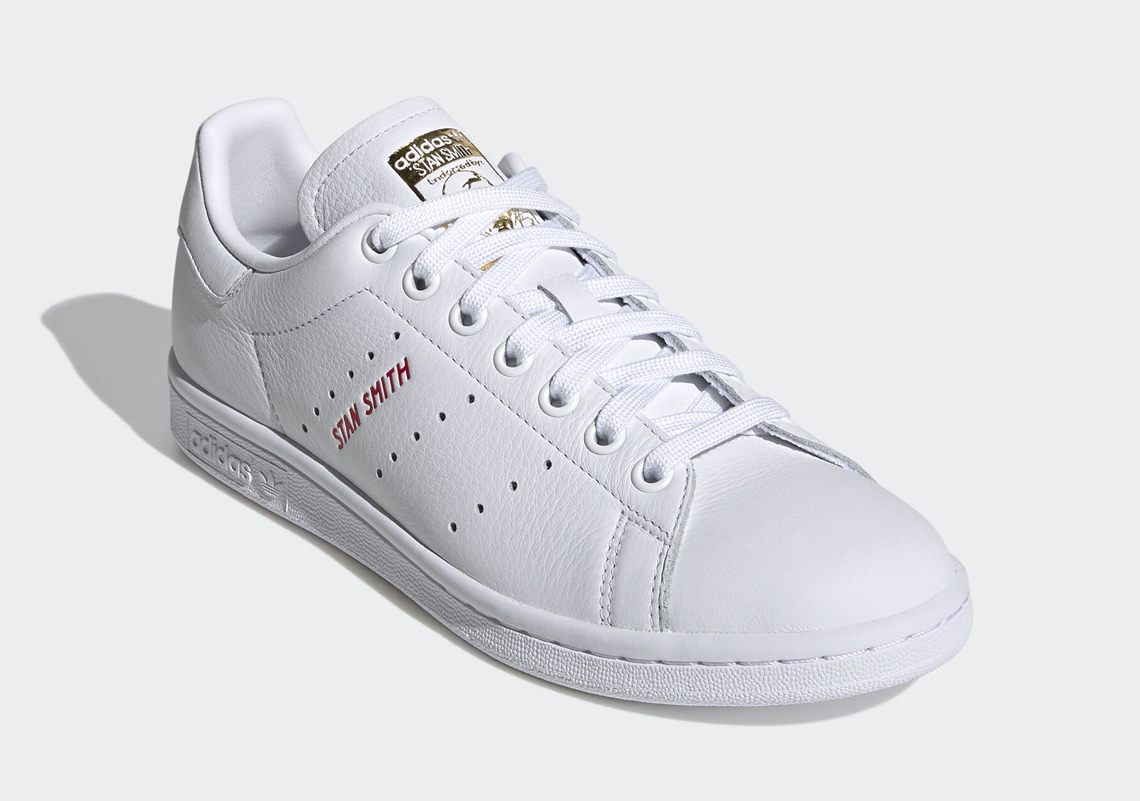 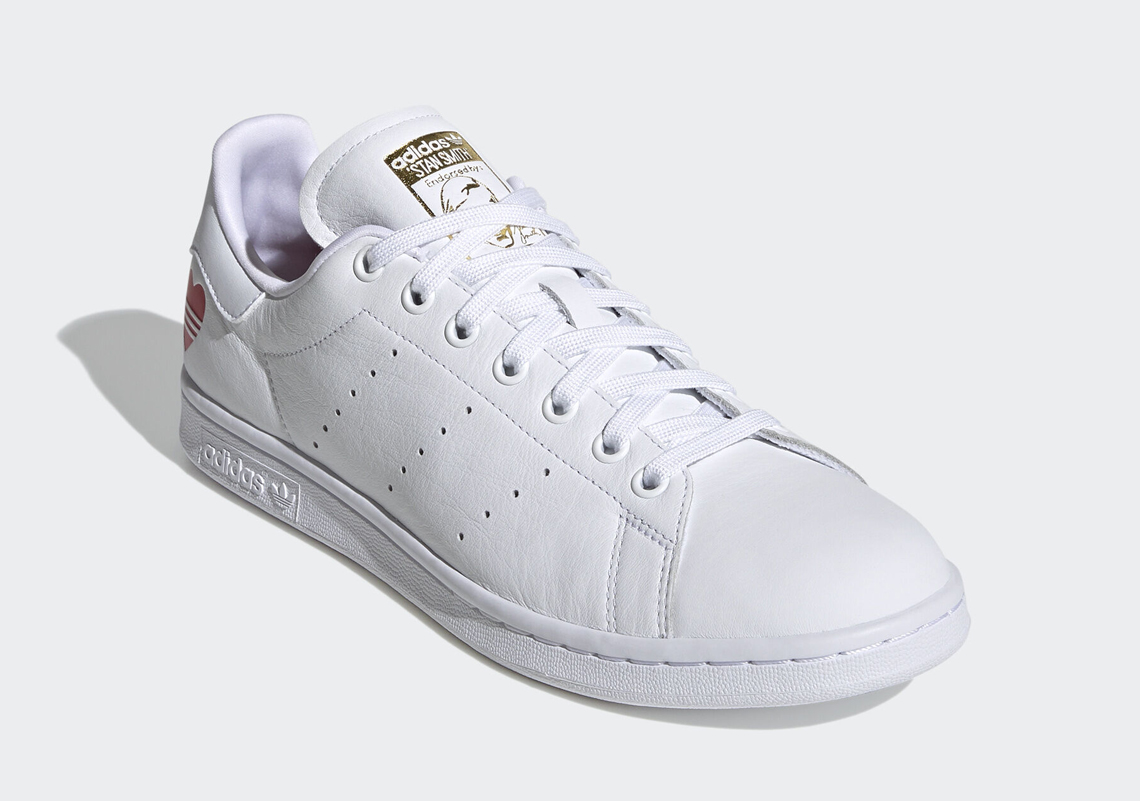 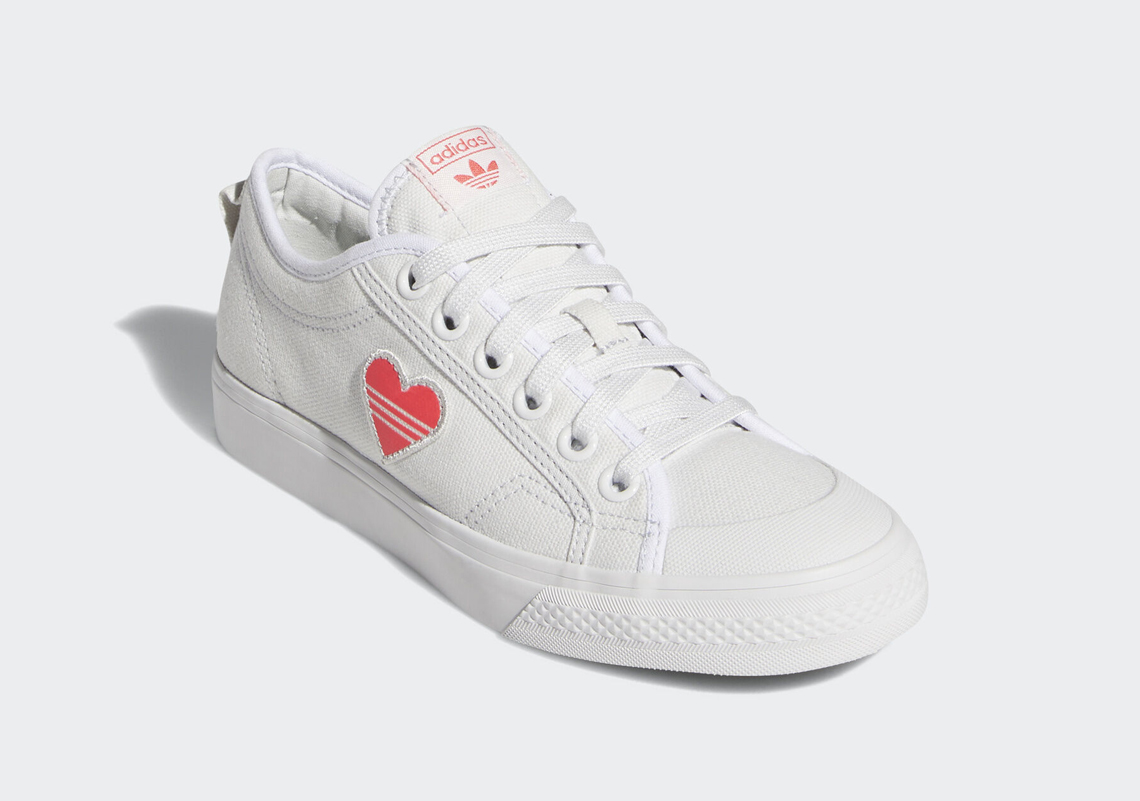 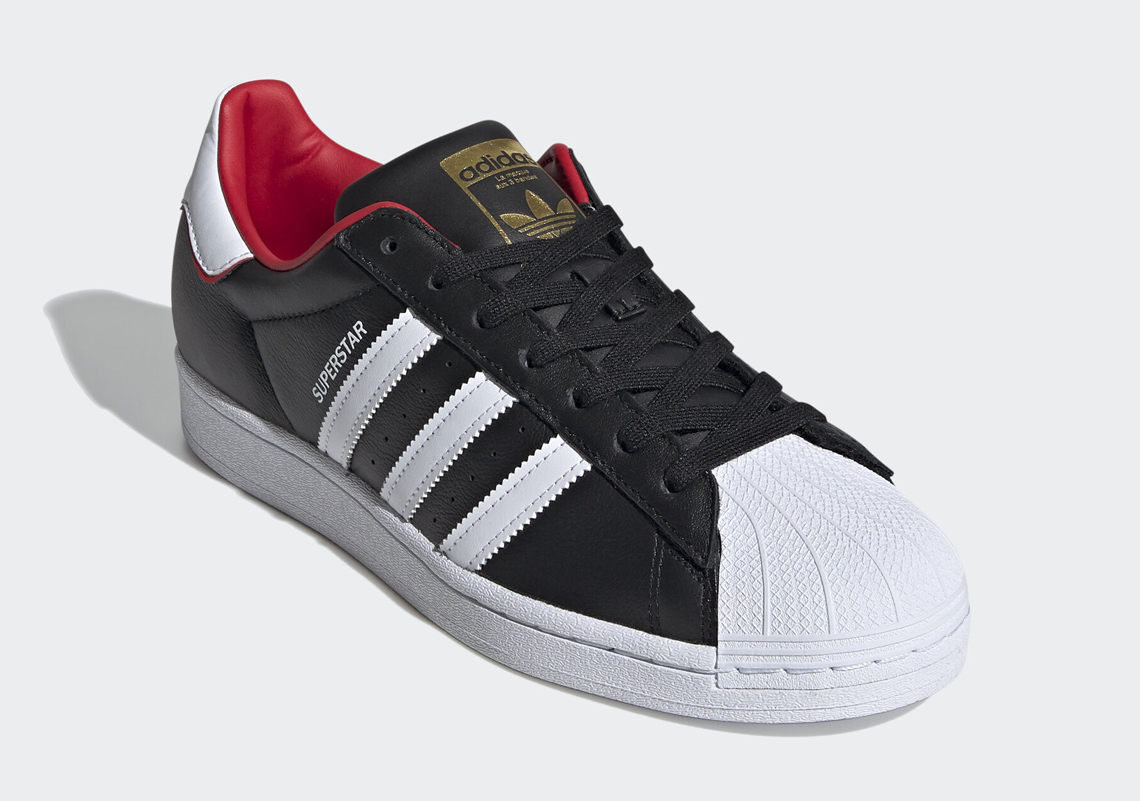 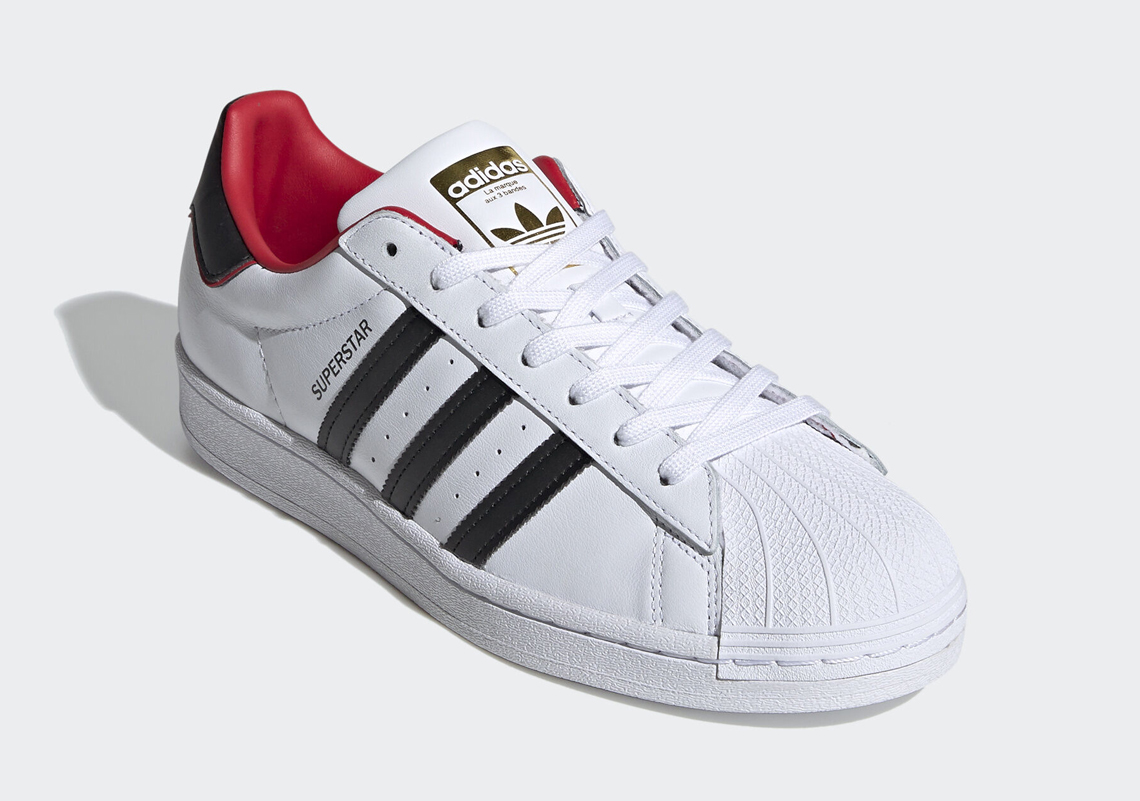