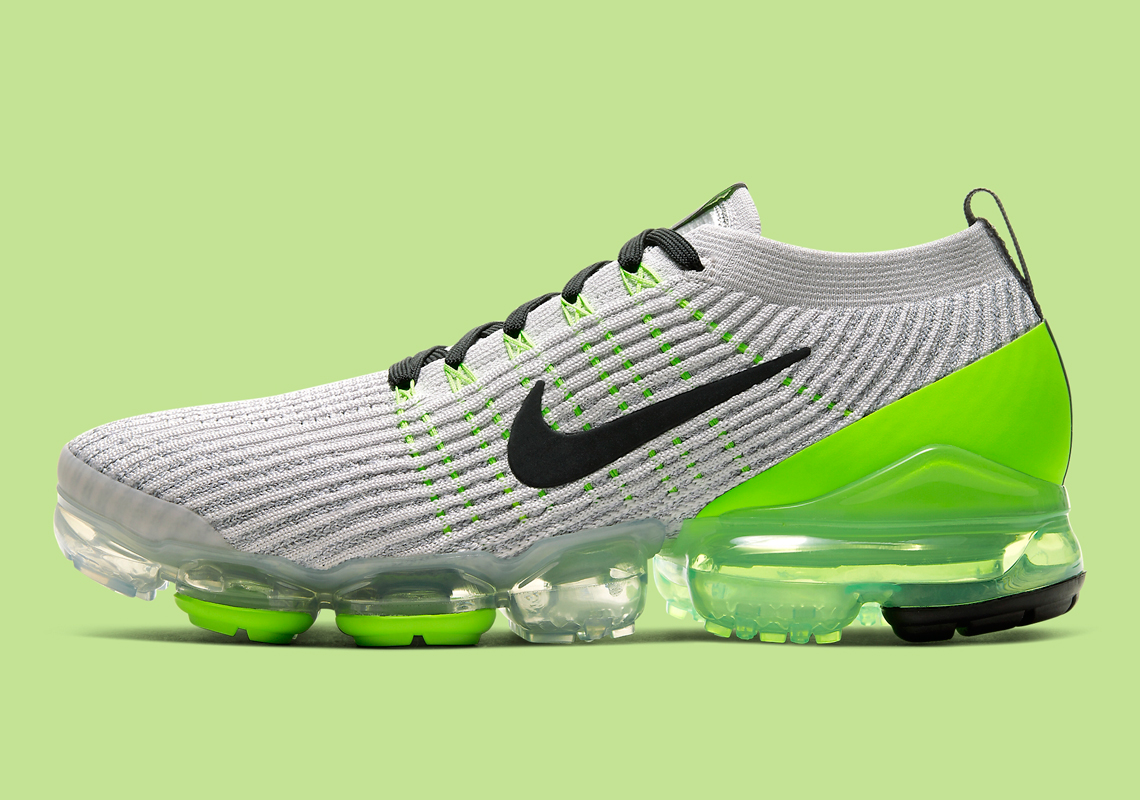 The Nike Vapormax Flyknit 3 Gets Classic Grey And Volt Treatment

Over the past 56 years, Nike has brought forth innovation to the sports-performance world via revolutionary cushioning and structural systems seen across the Air Max and Flyknit lines, respectively, among several others. And while models like the Vapormax Flyknit 3 combine several of the Swoosh’s industry-changing technologies, they’ve also displayed one arguably overlooked piece of Nike’s inventive inclination: colorways. The Vapormax Flyknit 3 is the latest silhouette to receive the popularized-by-the-Air Max 95 grey and volt arrangement, which will appear much more faithfully on the Air Jordan 4 in less than two months. Clad in “Vast Grey,” woven uppers feature Flywire cables – done in the vibrant green hue – running down the midfoot that work with the black laces to provide a secure fit. Heel counters further contrast the light tones in all their “Electric Green” glory and give their immediate Vapormax cushioning a touch of the electrifying color, too. Elsewhere on this pair, black takes over profile swooshes, tongue and heel tabs, as well as insoles, while also appearing on the rear-most lugs on the outsole.

If you’re interested in this lively Vapormax Flyknit 3, you can grab your size right now on Nike.com for $200 USD. 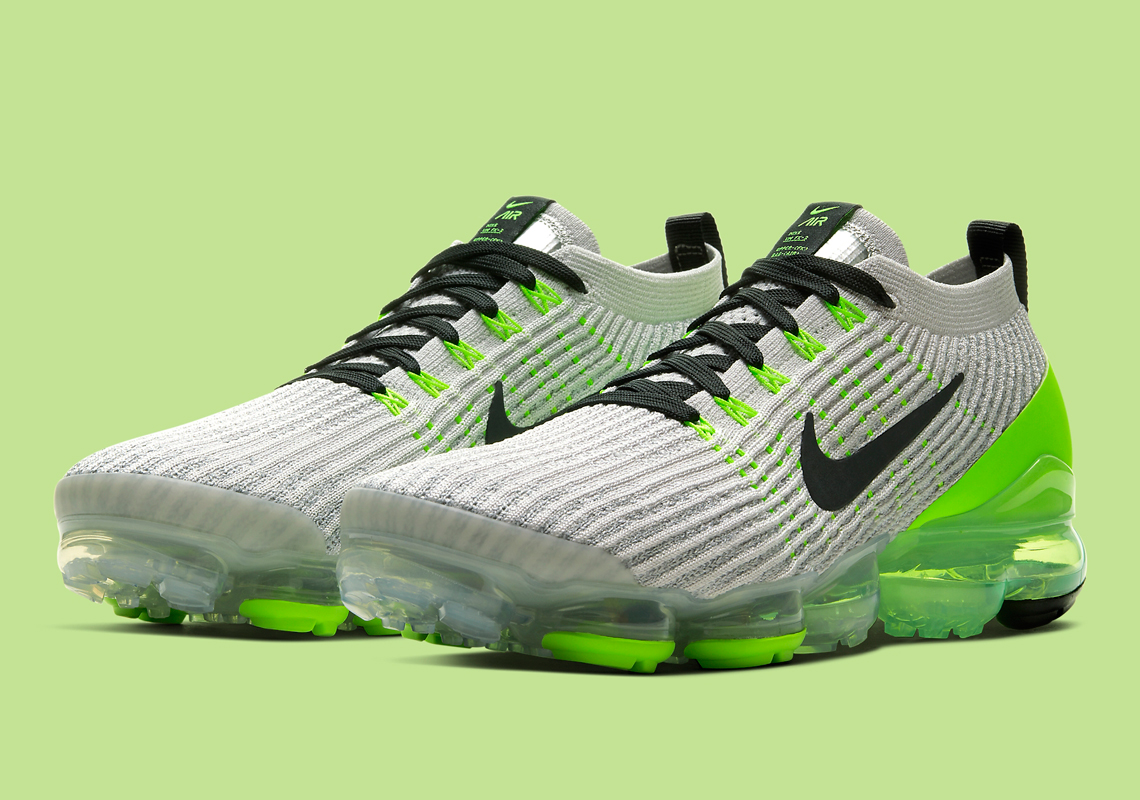 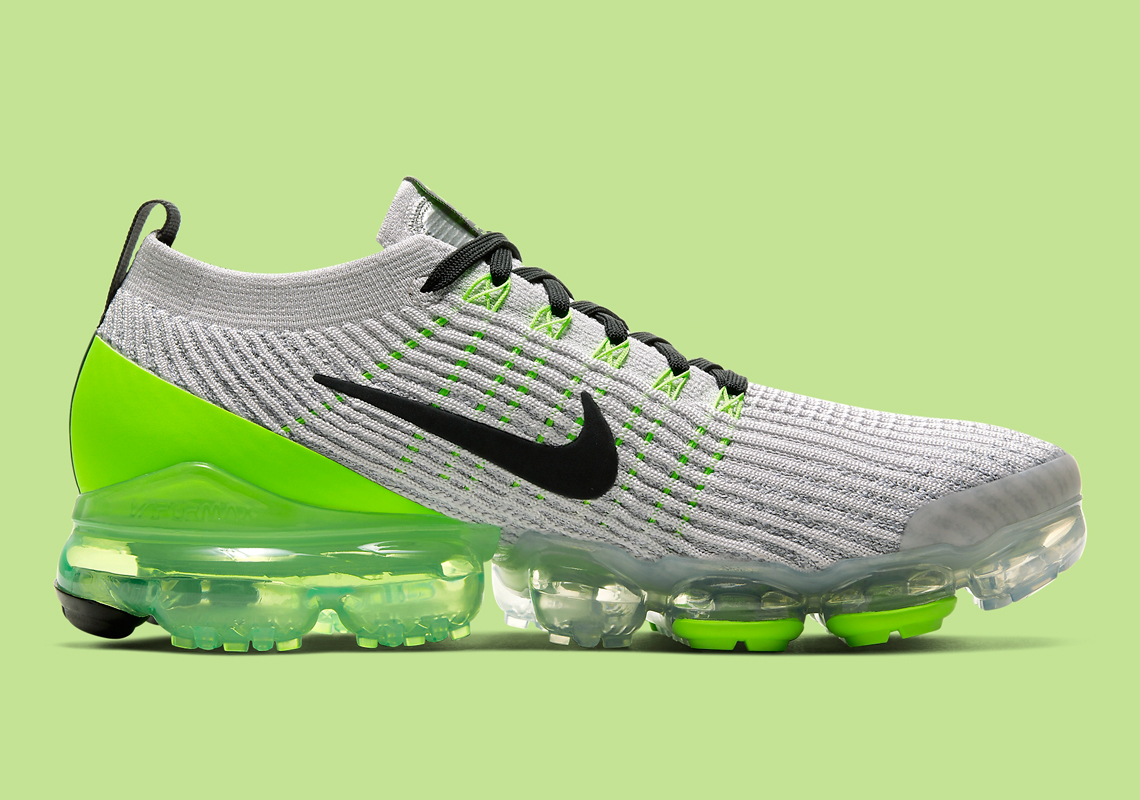 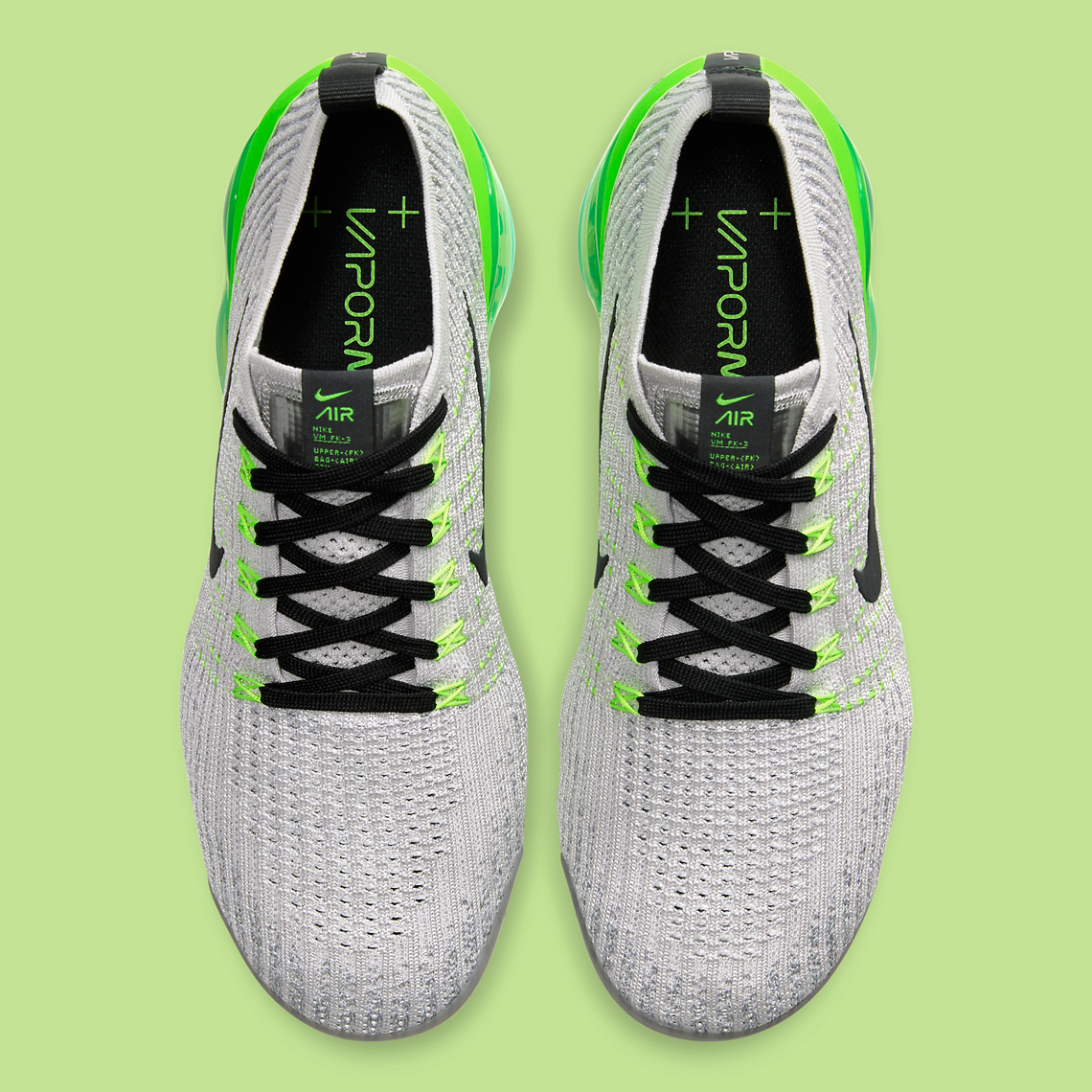 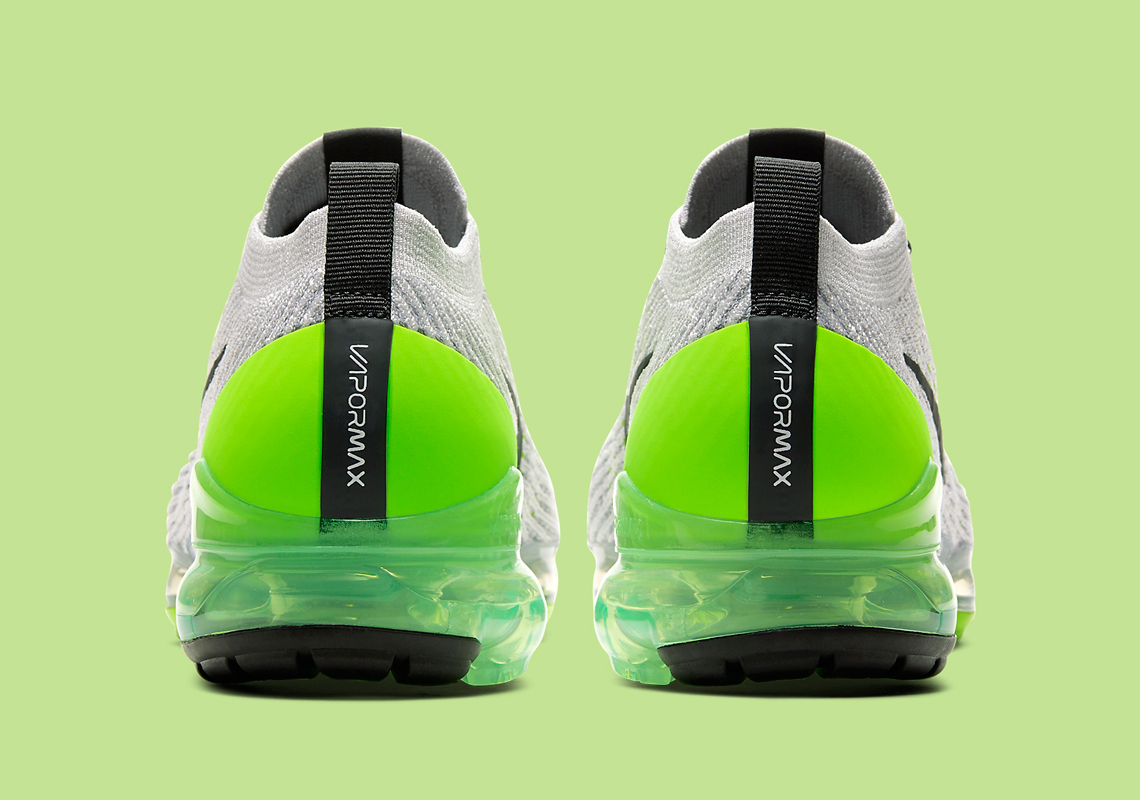 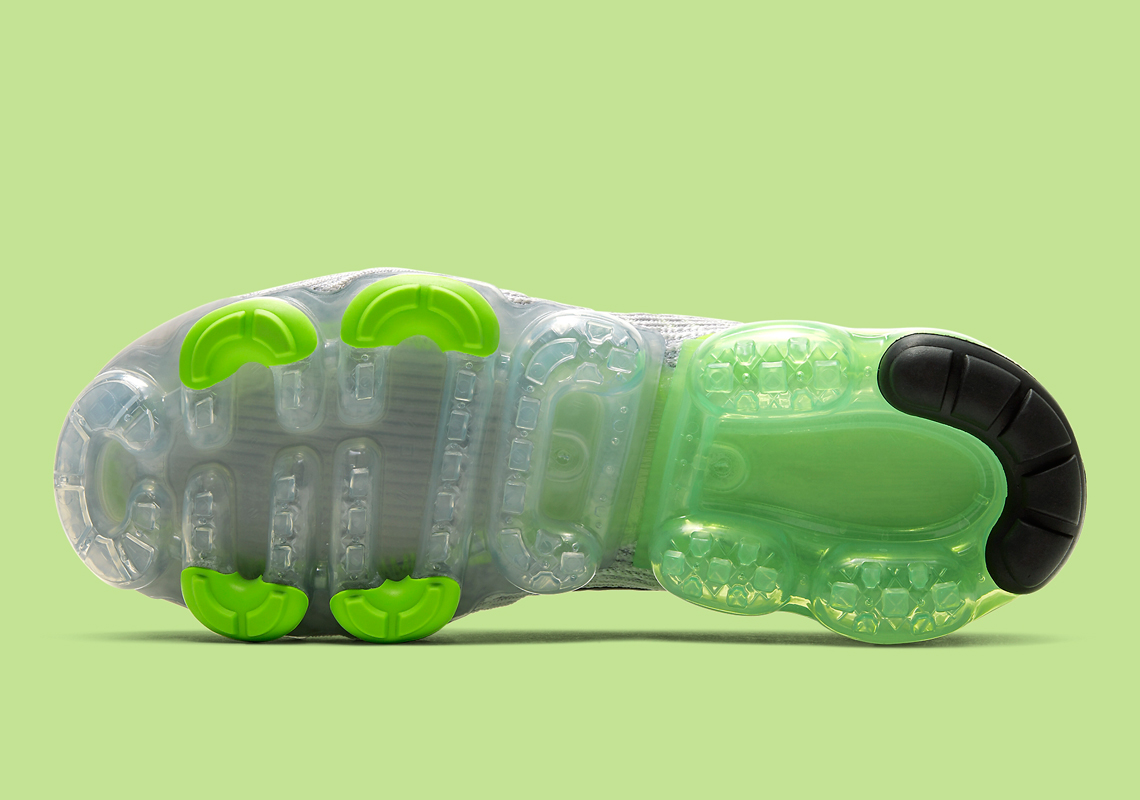