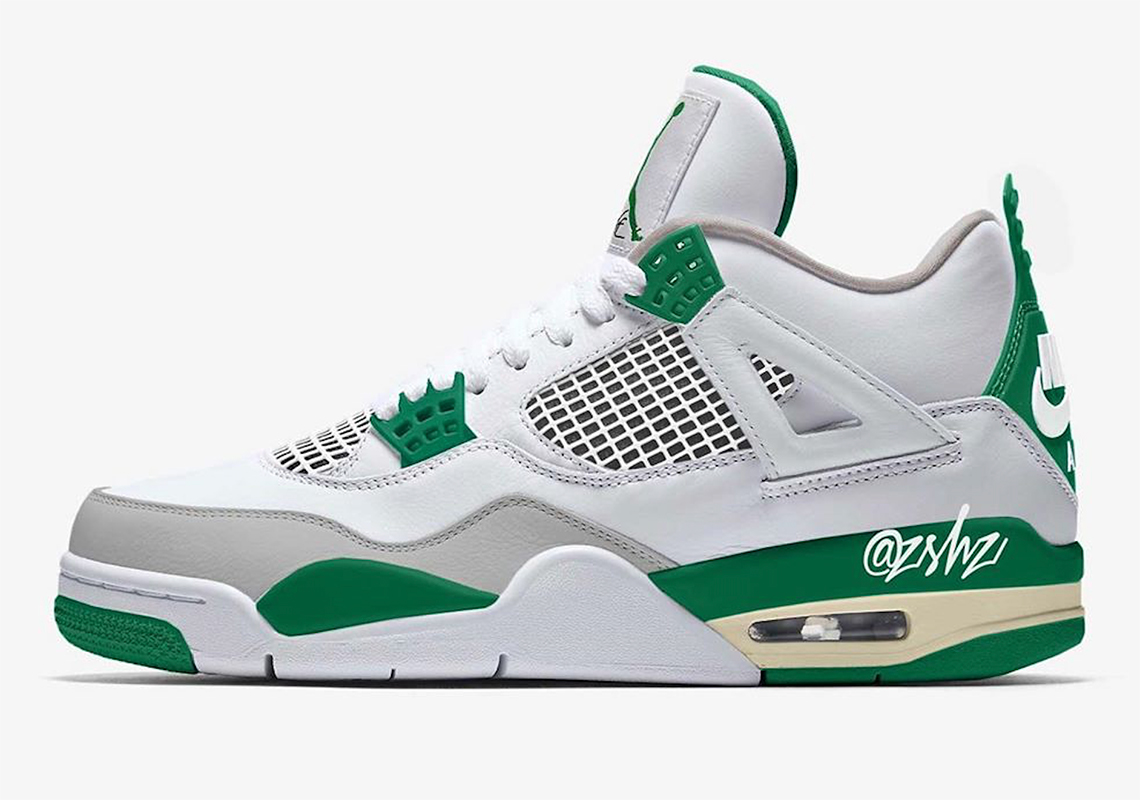 Following the comeback of its “Black Cat” colorway this month, the Air Jordan 4 continues to slowly but surely brew up more excitement via teasers of its upcoming installments. Emerging exactly one day later from its unofficial announcement of its collaboration with UNION LA, the 1989 classic has just revealed itself in a “Pine Green” colorway arranged for a late Summertime release. While this photo above is only but a mock up, we do know that a Boston Celtics-esque color story will be utilized as the focus for a design that converges a mainly white-toned base layer possibly seated adjacent to a duo of “Pine Green” and grey hues that sparingly attach themselves to several areas of the pair including the eyestays, heels, midsoles, and mudguards to name a few. In addition, these AJ 4s could potentially feature throwback-styled “Nike Air” branding on the rears which usually tend to win over the hearts of Retro purists. Expect these to be dropping on August 5th for $225 likely on Nike.com and select Jordan retailers, and be sure to stay tuned as we receive more detailed shots of the shoes. Also, be sure to grab a look at our set of Jordan Release Dates to get a rundown of what’s coming soon.

In the meantime, check out or Jordan Release Dates page, to see what other renditions are scheduled in the upcoming weeks.