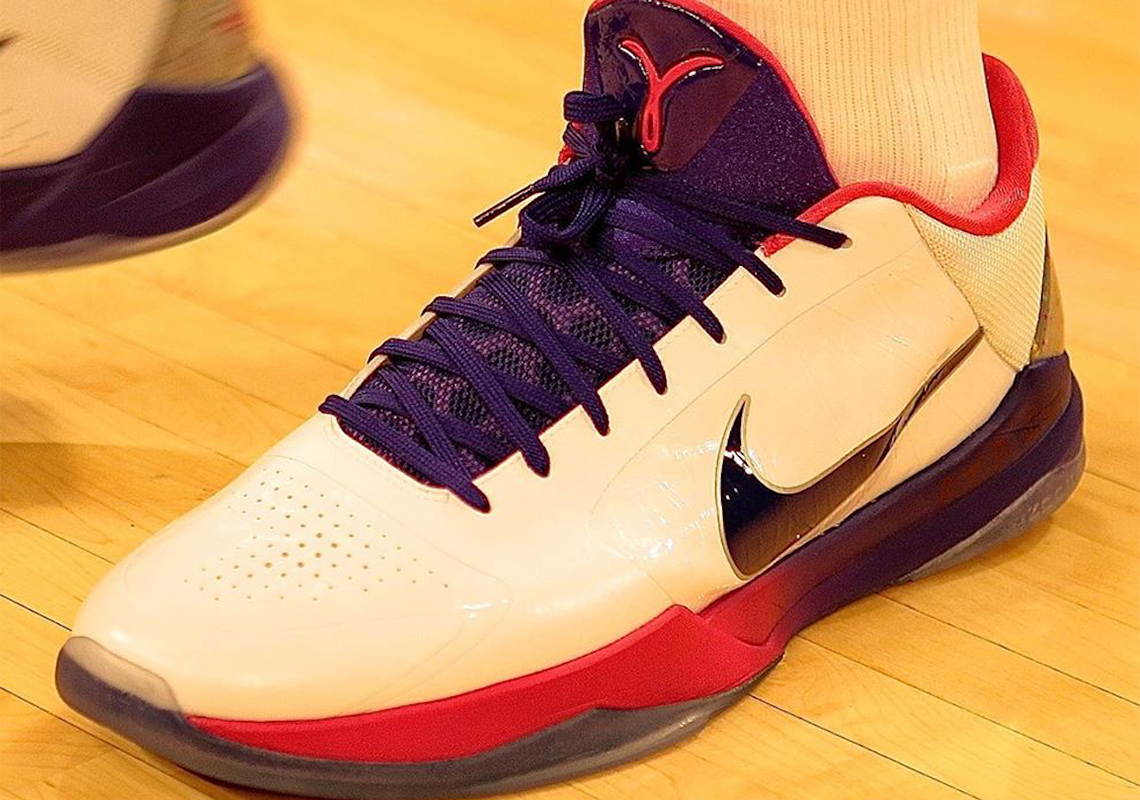 Legacy is no small word, but in celebration of Kobe Bryant’s illustrious life of fatherhood and pure on-court dominance, it may not be quite enough. The Lakers, who owed a great deal to the late athlete, banded together just recently to show love with some of the rarest Nike icons in the Kobe line-up. Of note, Anthony Davis appeared to have the only pair yet to be fully seen: a Kobe 5 Protro that reprises its “Kay Yow” themes. Pinks, however, are diffused to a more supporting role as the scheme mostly relies on neutral whites to steer the colorway. Purple accents outfit the tongue just adjacent, adding on polka dot patterns in tow, while the surrounding details switch for a more reddish pink at the midsole as well as the ever-charitable ribbon that embellishes the tongue. Grab a detailed look at these here, and as Nike is still deliberating on what how to approach future Kobe product, it’s hard to accurately say whether or not we’ll be seeing a retail release. Sit tight, though, as we await further information. 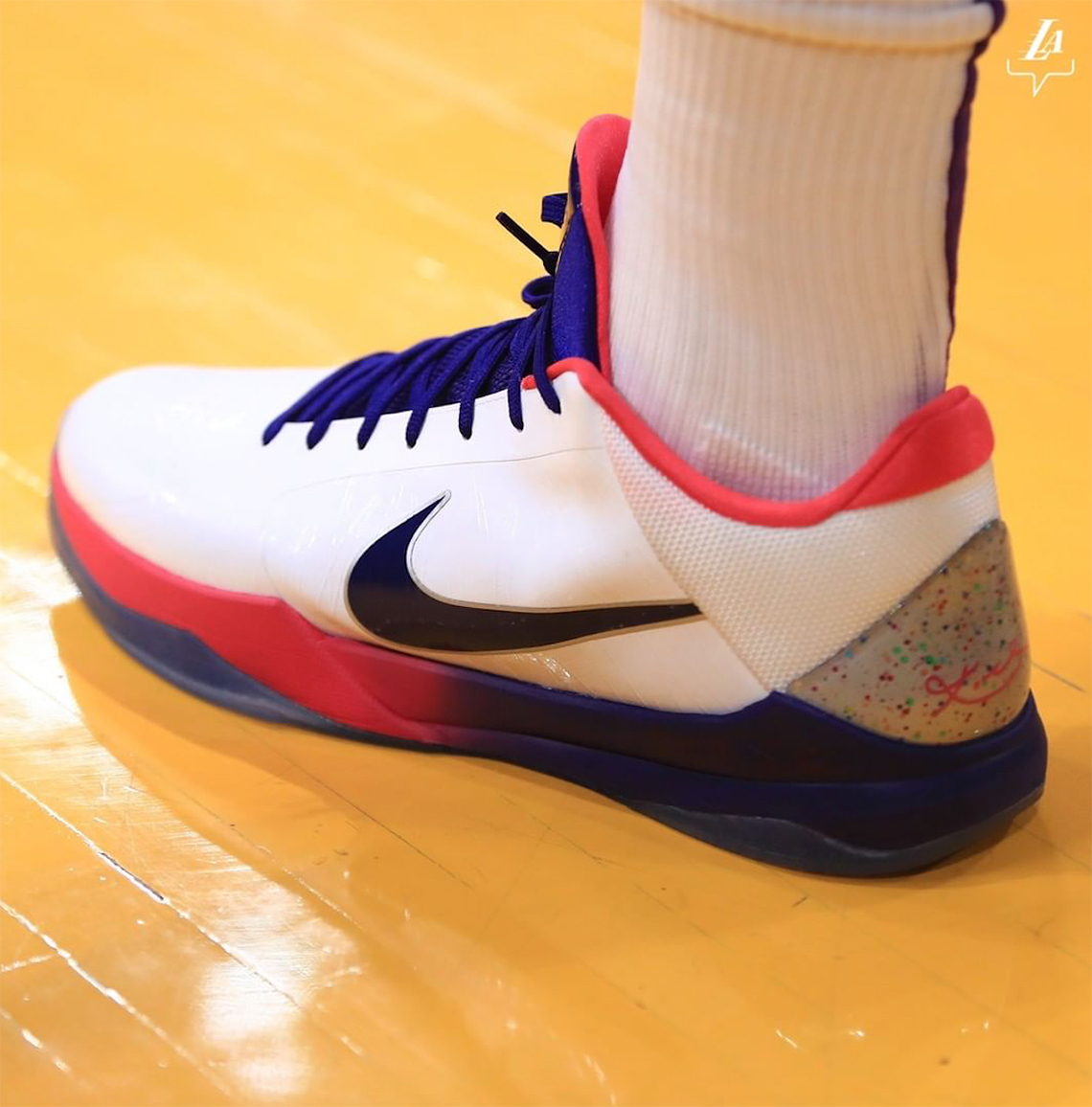 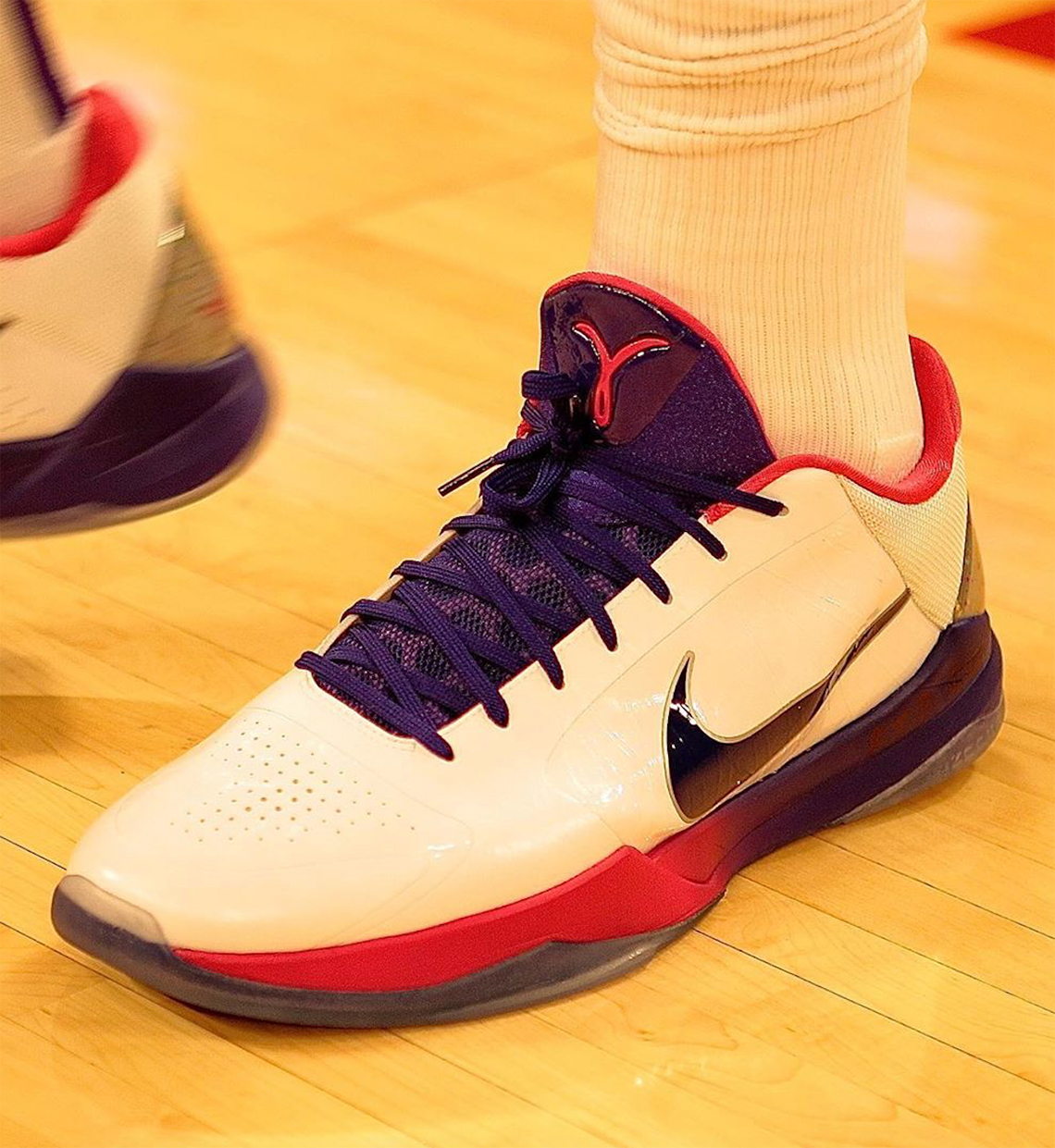