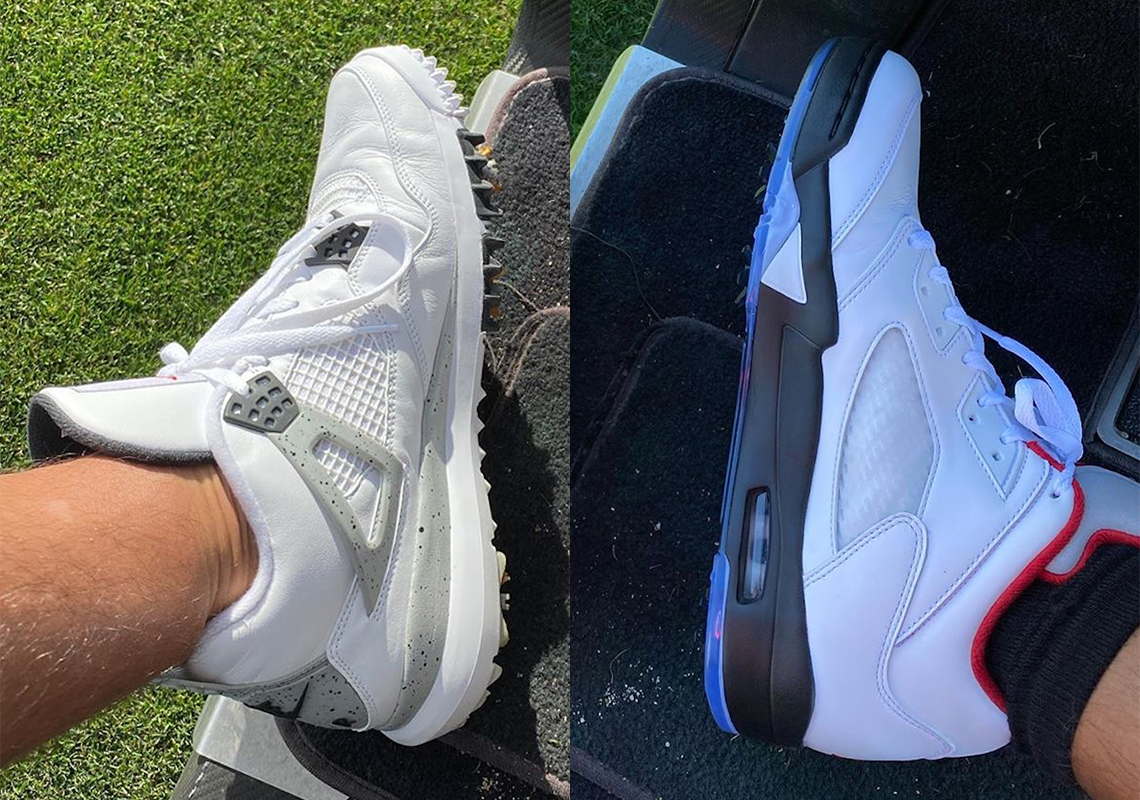 Basketball and golf may not have too much in common at a quick glance, but if you dial into some of MJ’s favorite pastimes, you’ll find that the star athlete spent quite a bit of time on the green. And as the Nike umbrella continues to turns its own classics into golf staples, it’s fitting that Jordan Brand do the same. Revealed only earlier, two pairs were caught by way of Pat Perez: a Jordan 4 in the iconic “White Cement” and an Air Jordan 5 in “Fire Red.” Though of a year’s separation, both share similarly reconfigured soles — the AJ5, however, the most resemblant of lifestyle with its icy blue tread. Adjacent, the AJ4 spikes to a much more aggressive degree, mostly forgoing its bottom’s traditional color blocking as well. Grab a good look at these here, and sit tight if you’re looking for a release as they’ve yet to be confirmed for retail. 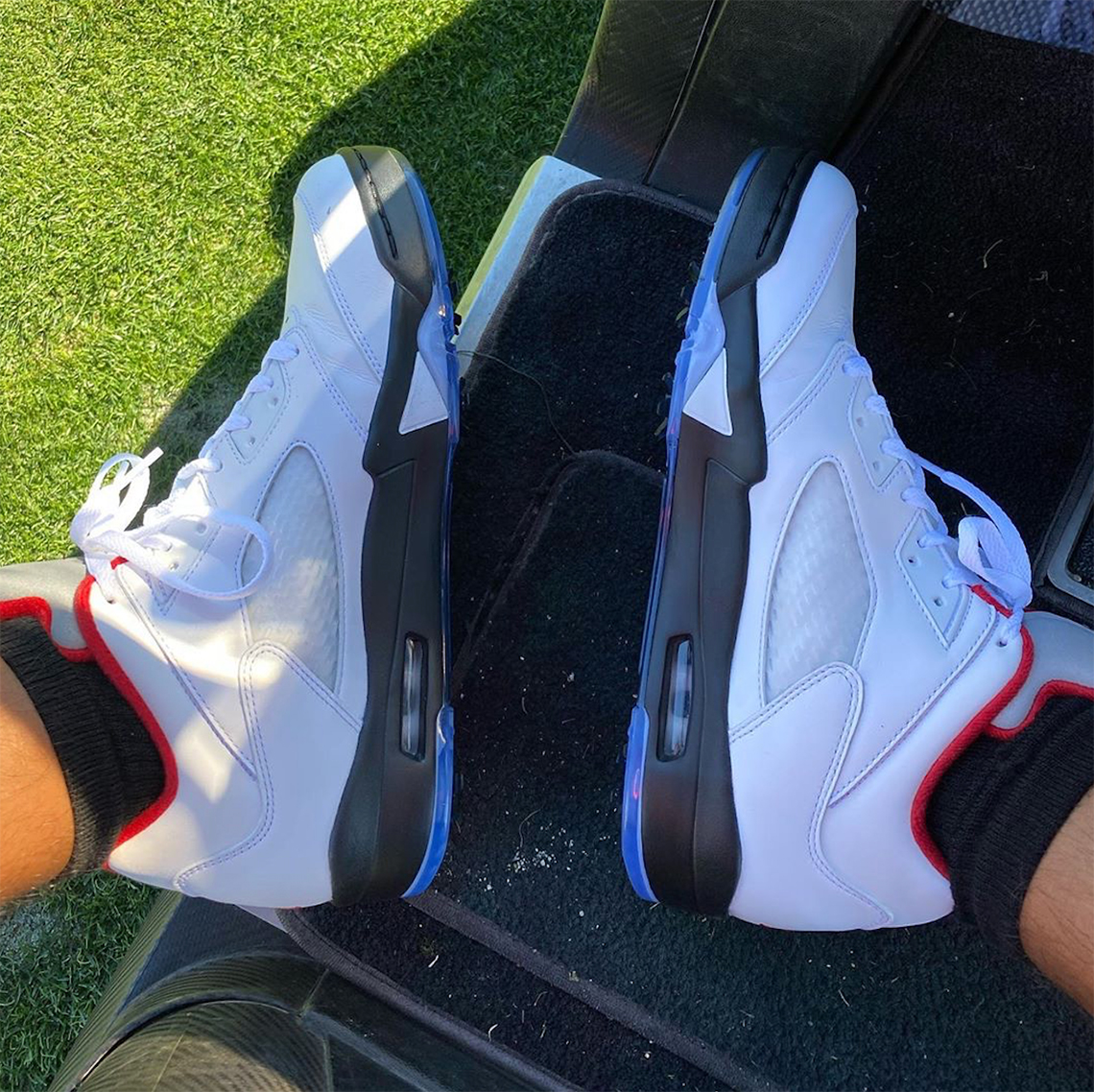 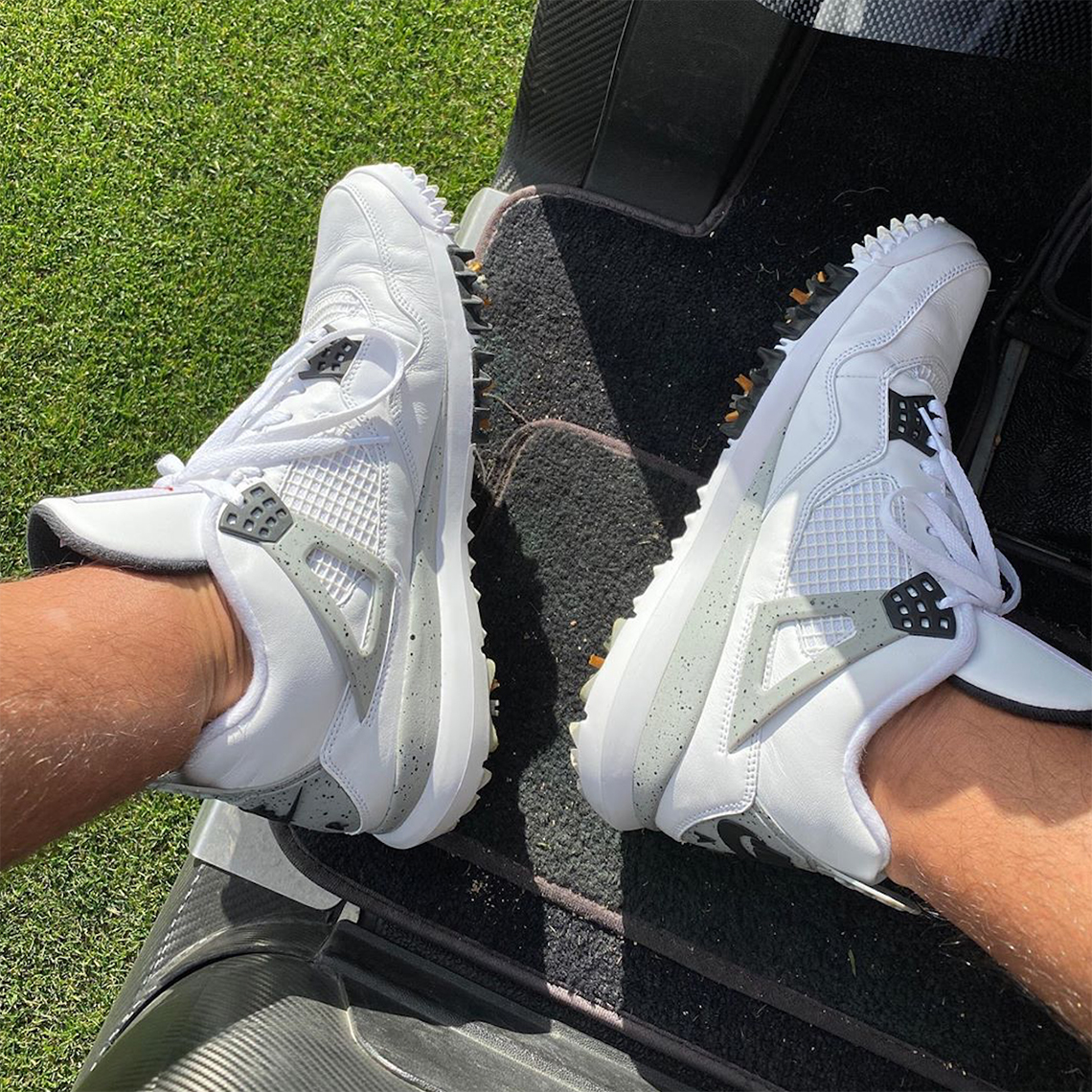