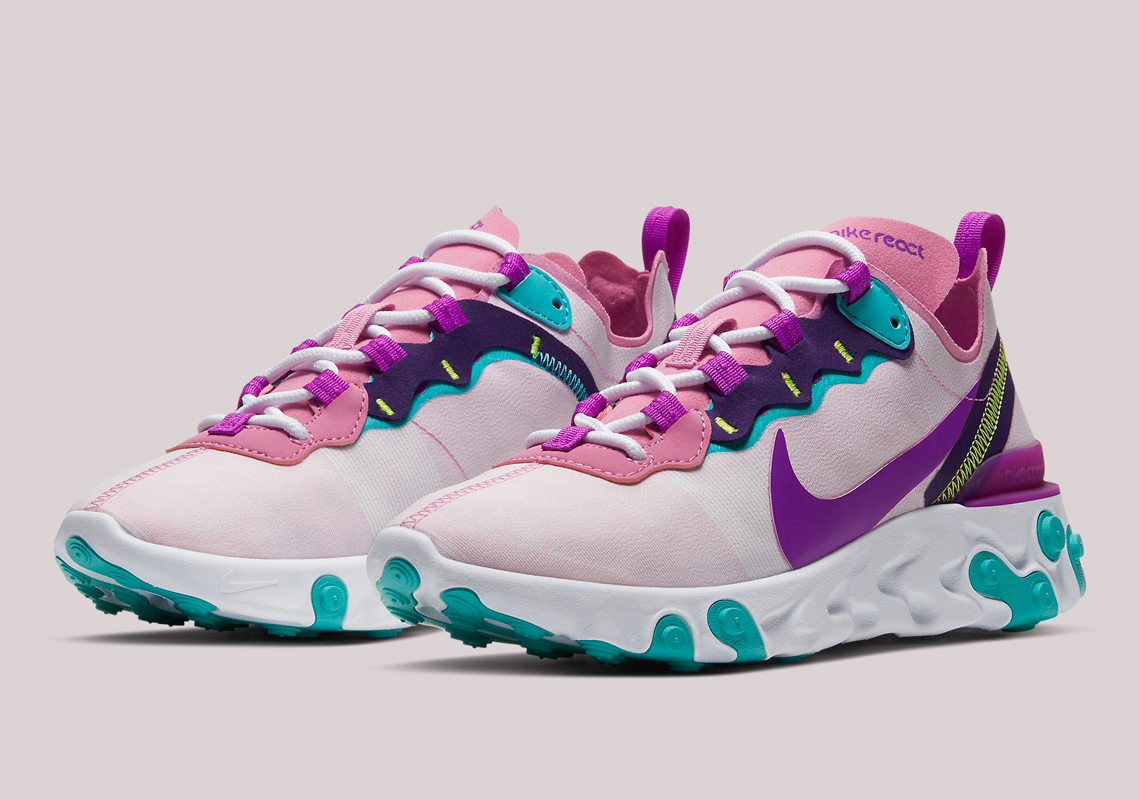 Never shy about making a statement, the Nike React Element 55 has recently emerged in a “Magic Flamingo/Vivid Purple/Eggplant” arrangement.

The upcoming women’s release frogoes graphic-riddled uppers for their standard textile construction, unlike the Kendrick Lamar Nike React. Clad in a light-pink hue, bases set the stage for the lifestyle model’s signature details: Slightly hidden lateral Swooshes go bold in “Vivid Purple,” while heel clips tone things down in the same hue given their semi-translucence. Elsewhere, multi-layered lace guards and zig-zag stitching bask in a medley of “Magic Flamingo,” teal, “Eggplant” and yellow. React-cushioning underneath brings some semblance of order to the multi-colored pair, but its own “White” scheme is interrupted by vibrant blue rubber pods on the midsole/outsole.

No official release information is yet known for this React Element 55, but pairs are likely to hit Nike.com as the Spring inches closer. Until then, enjoy official images of the shoes here below. 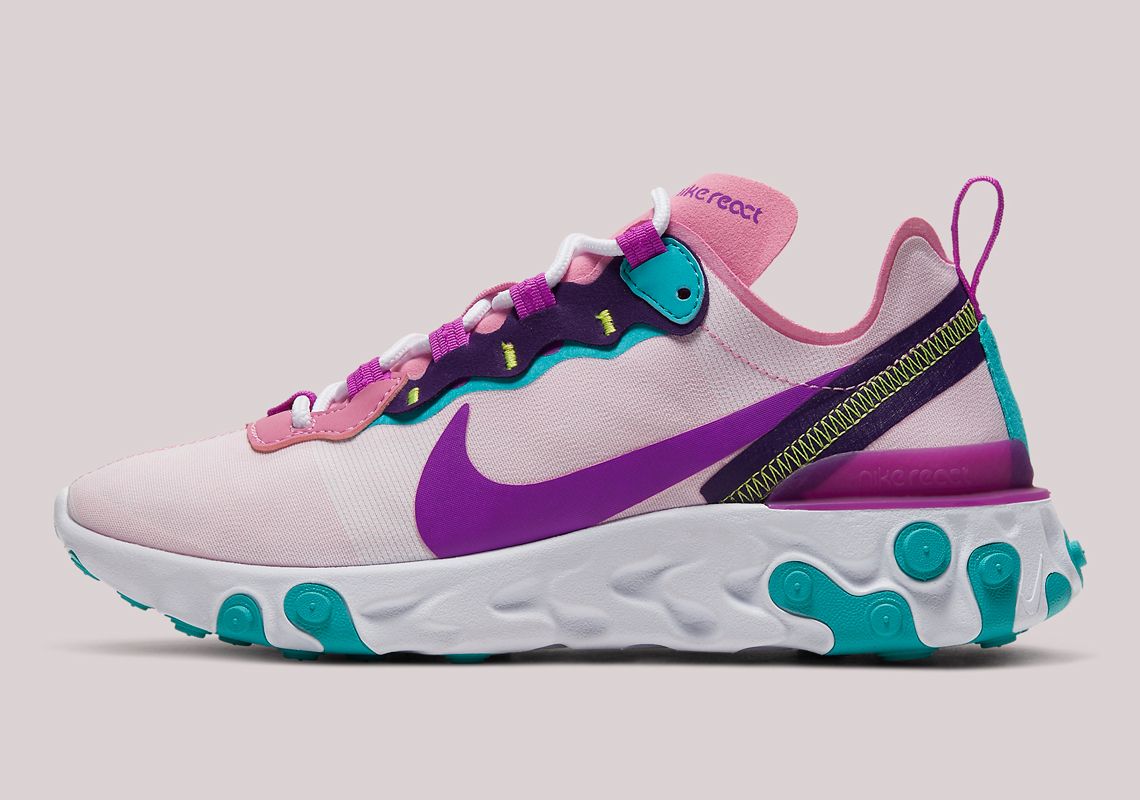 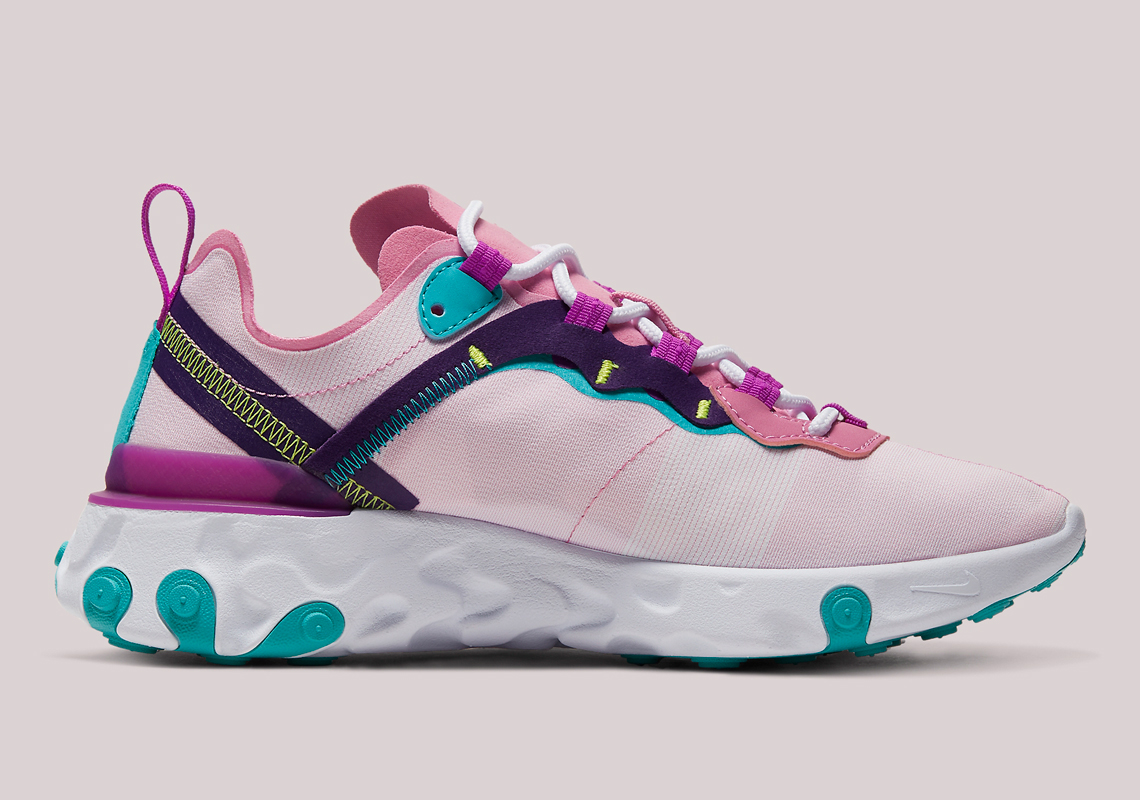 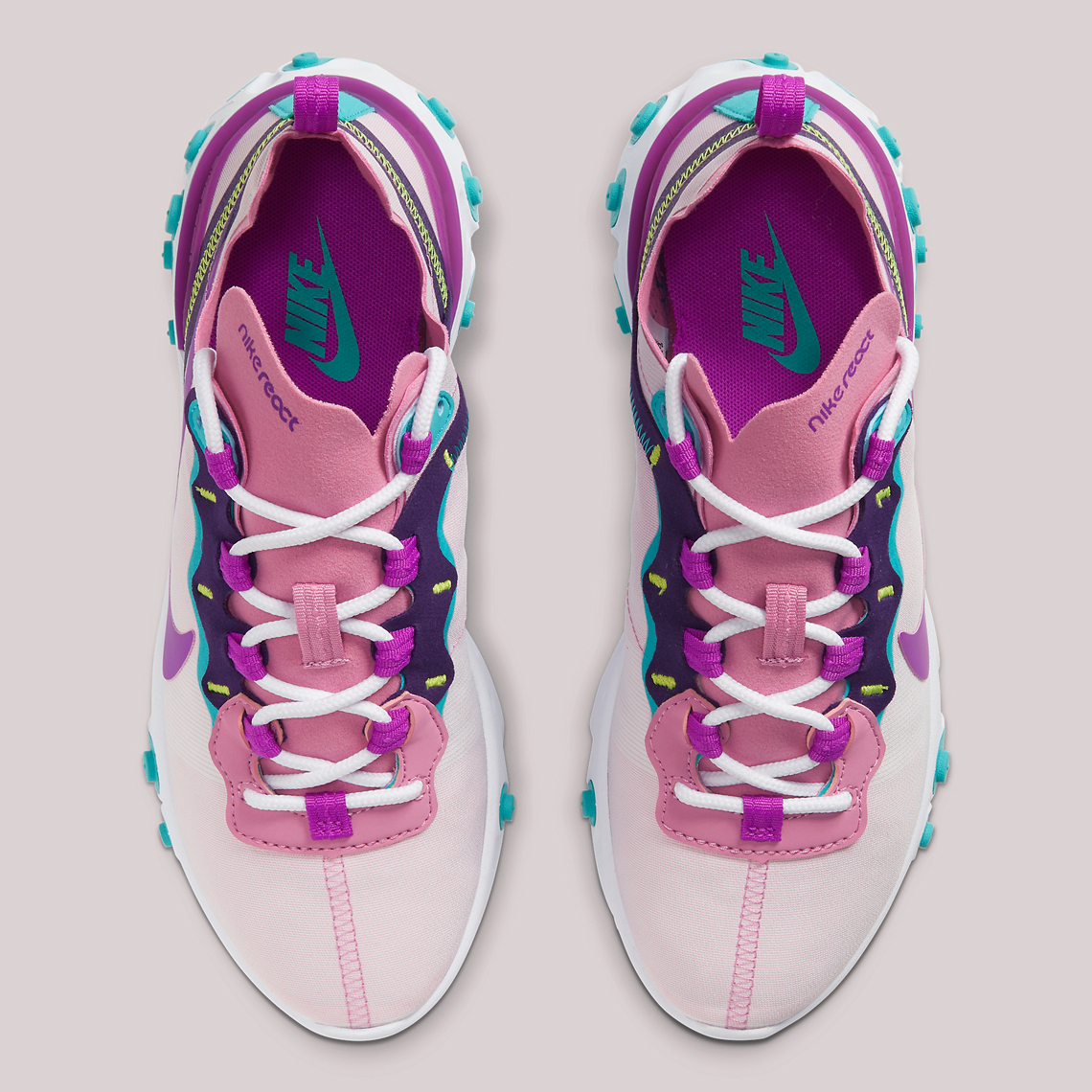 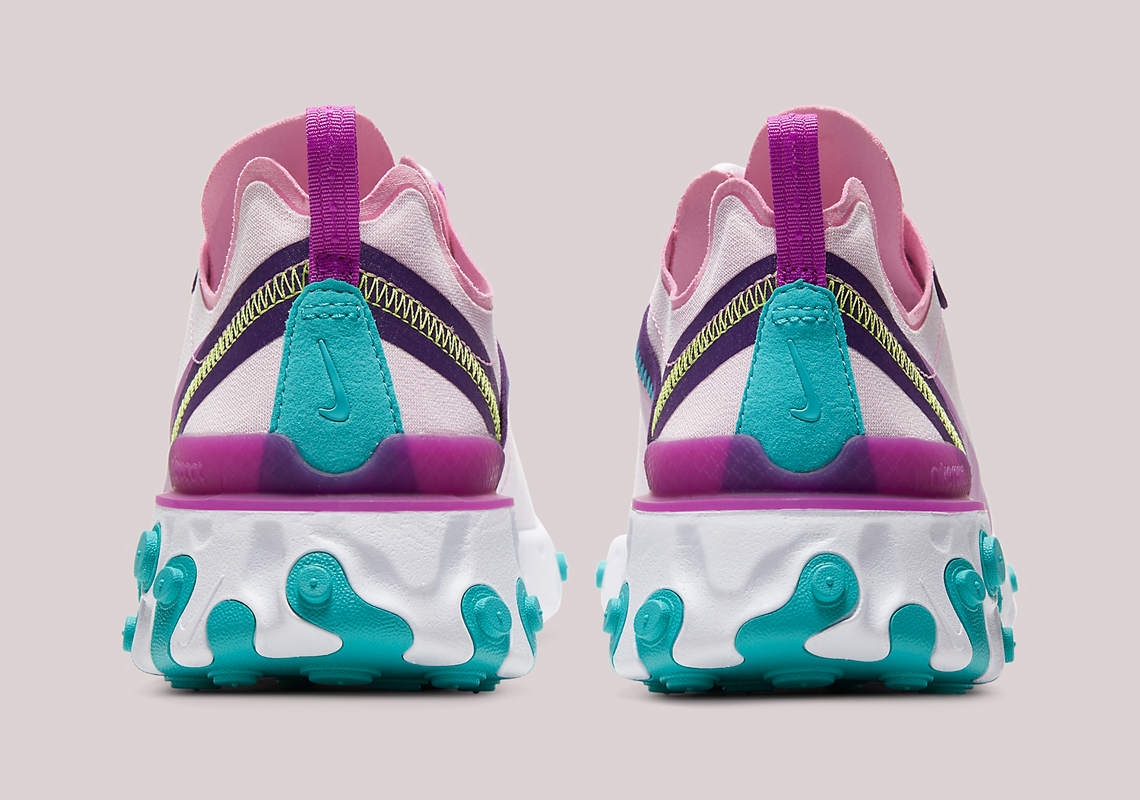 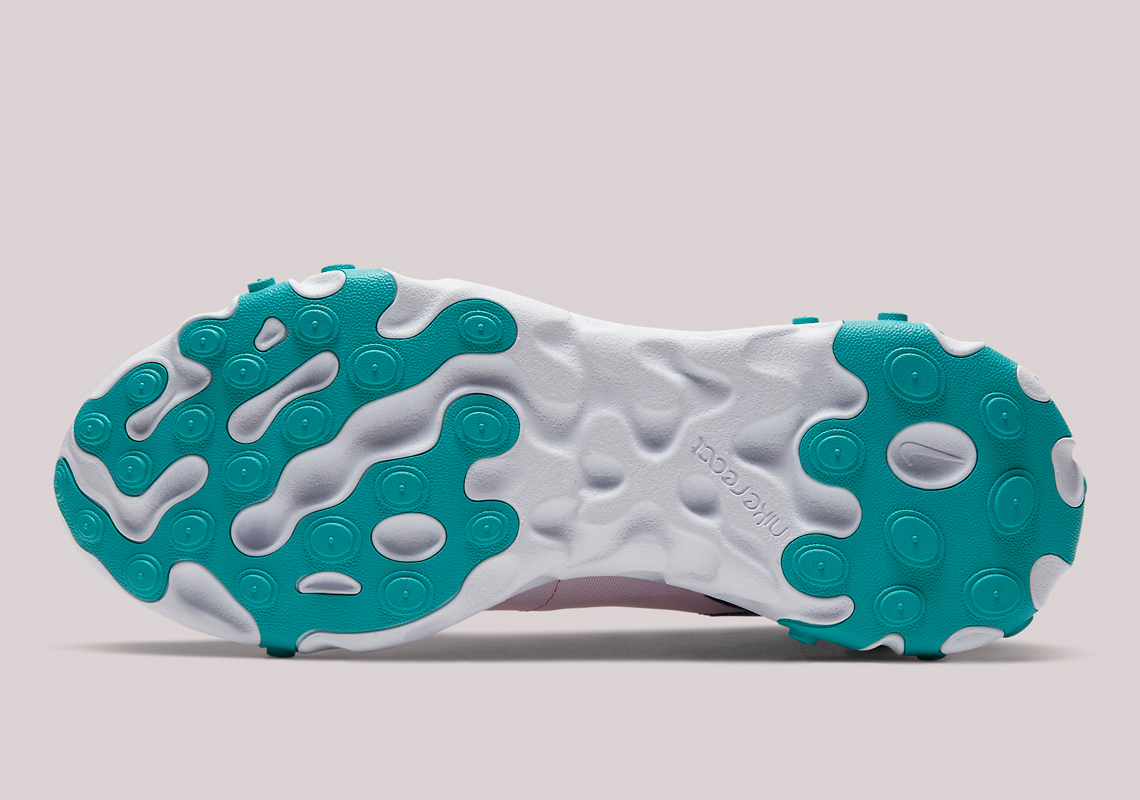