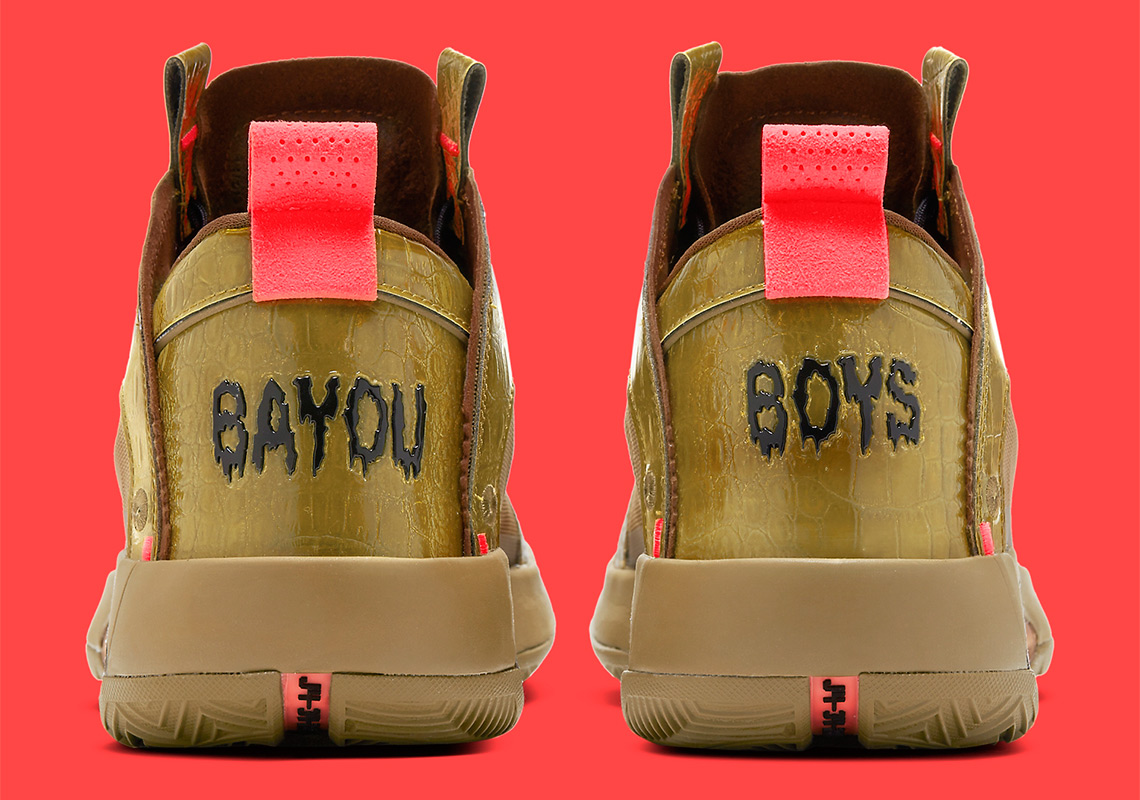 Ever since Zion Williamson joined the Jordan Brand family, he effectively took ownership of the newly added Air Jordan 34, ostensibly using it as a placeholder for his very own signature silhouette. But with those yet to arrive, it looks like the athlete’s very first official release is now set to be what was once a game-worn exclusive, one that pays homage to his time at Bayou state — the pair’s name fittingly attaching “Bayou Boys” to match. Replete with faux gator uppers and jaws at its vamp, the colorway is an obvious nod to the south that effectively blends current trends. The reptilian treatment is stitched unto the tongue, the eye stay, and even the heel, with the designers then debossing “BAYOU” in dropped, melted lettering. Orange accents tag the back tab to round off the construction alongside the more typical brown-colored mesh, readying everything up for its likely release at Nike.com come March 13th. 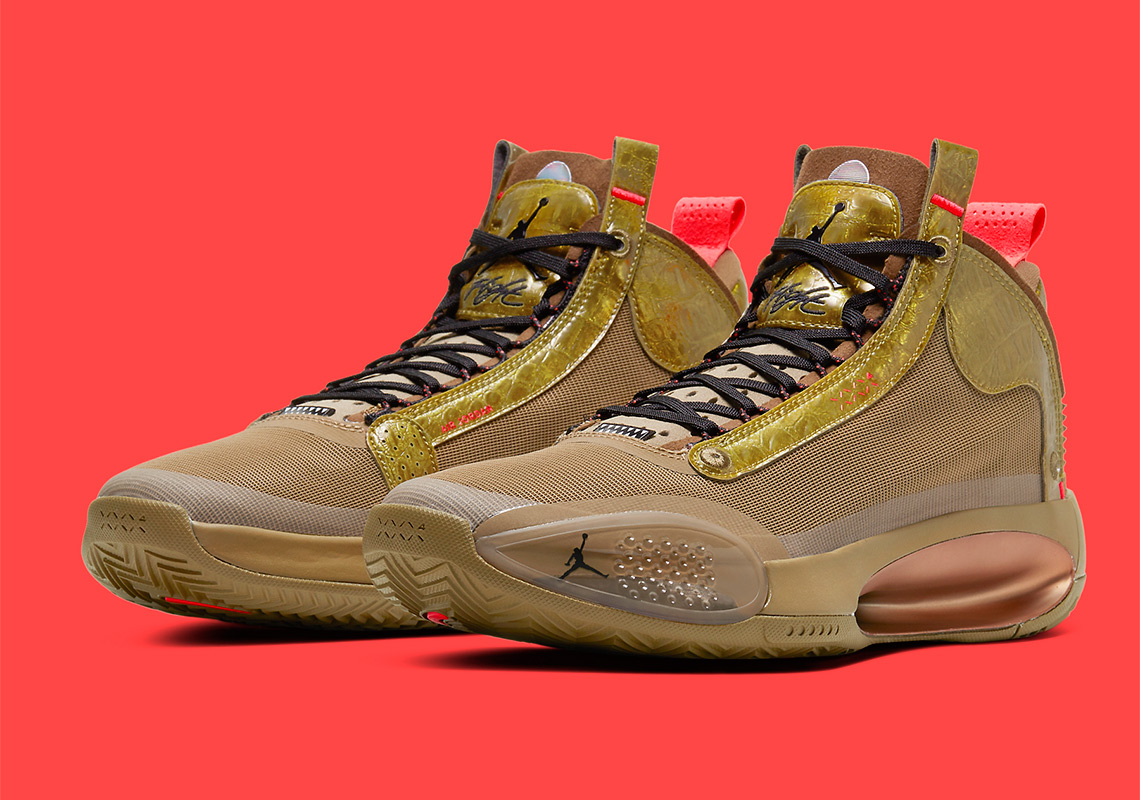 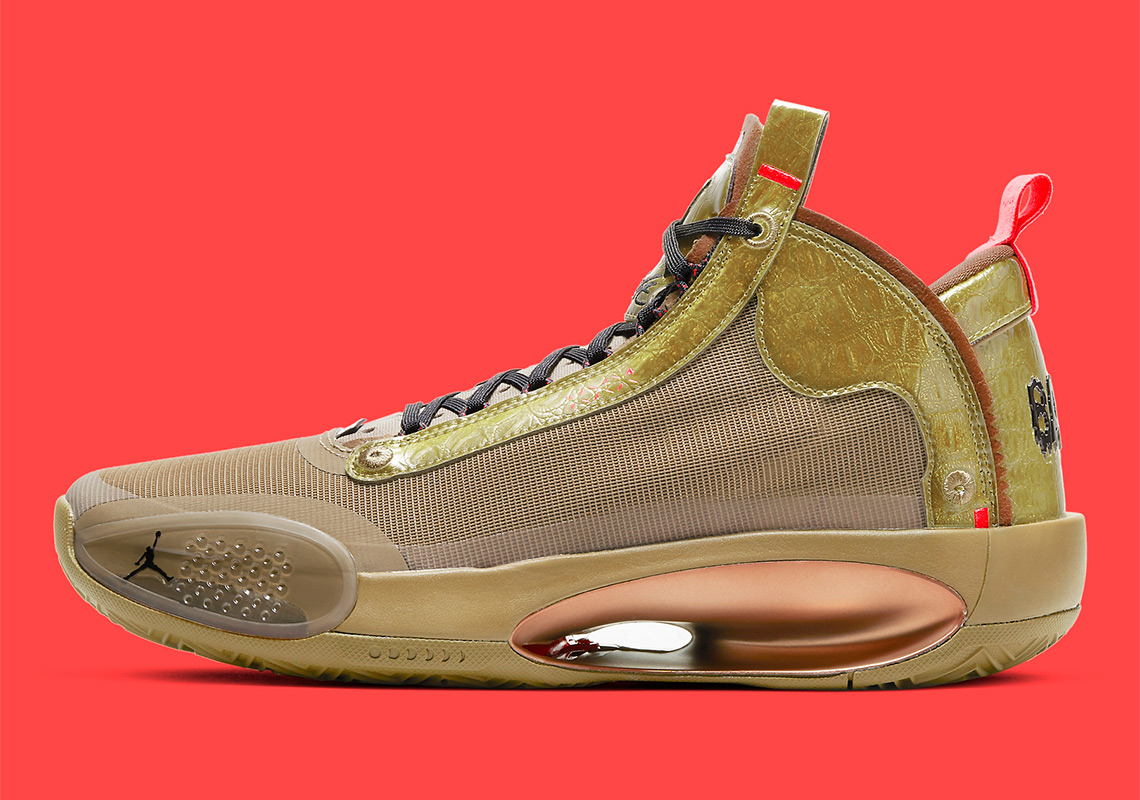 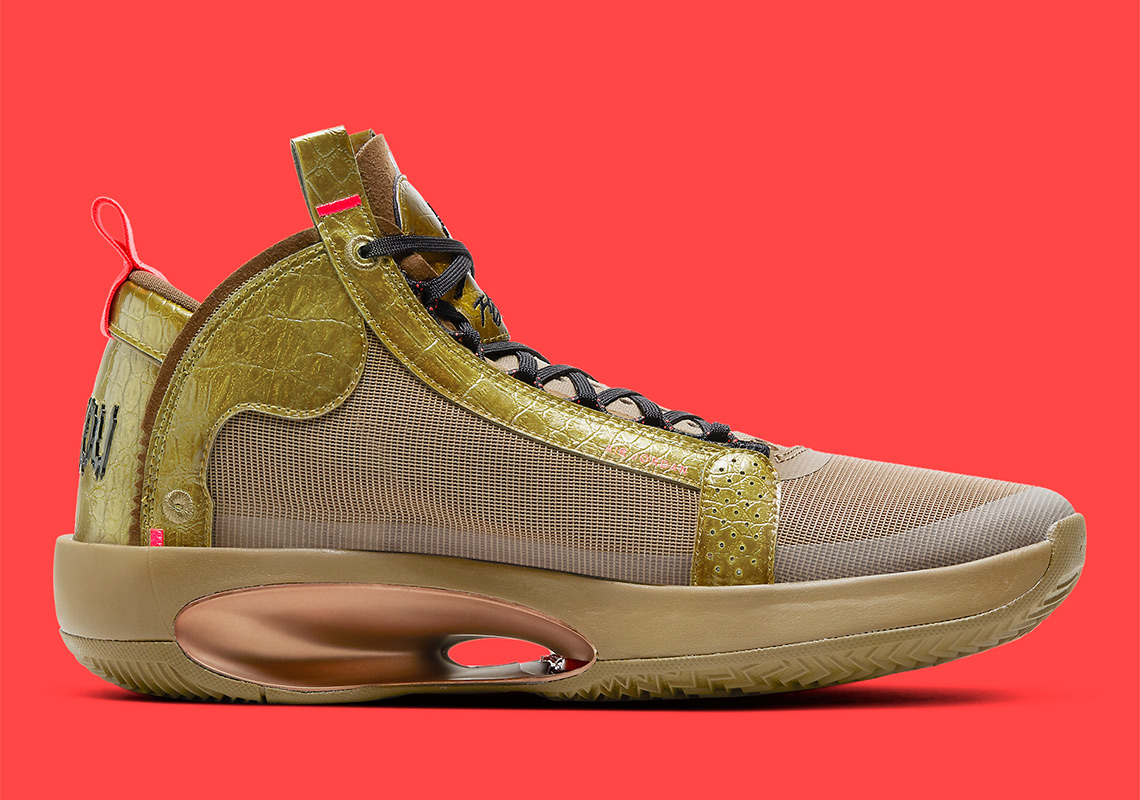 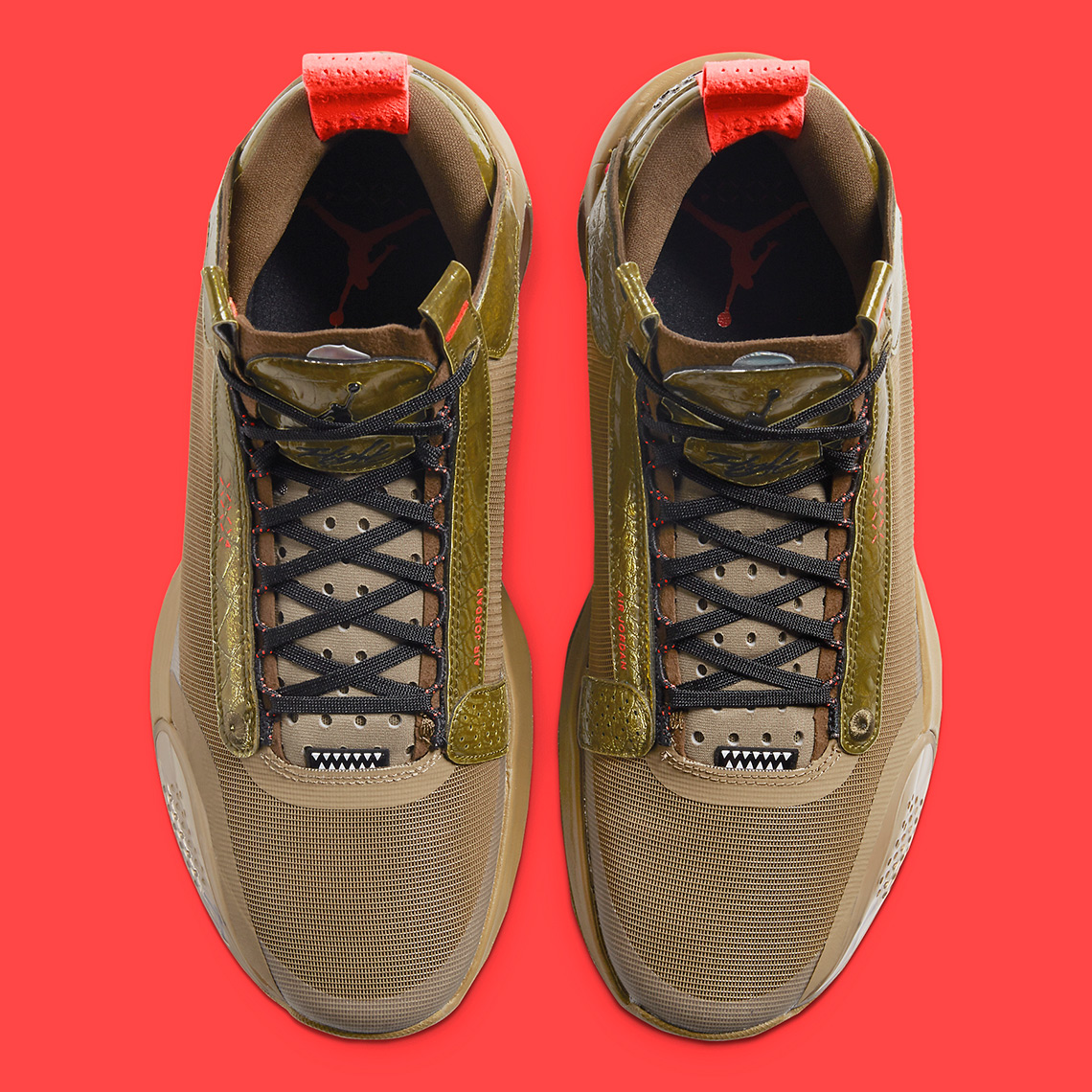 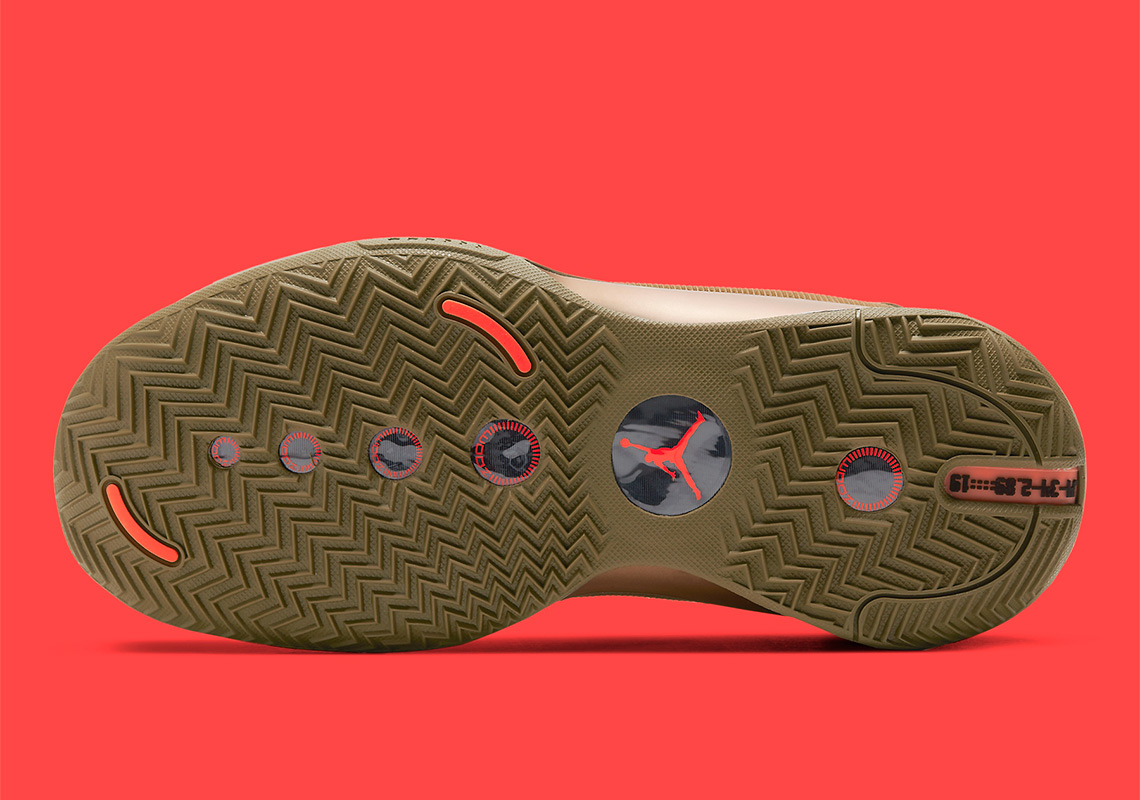