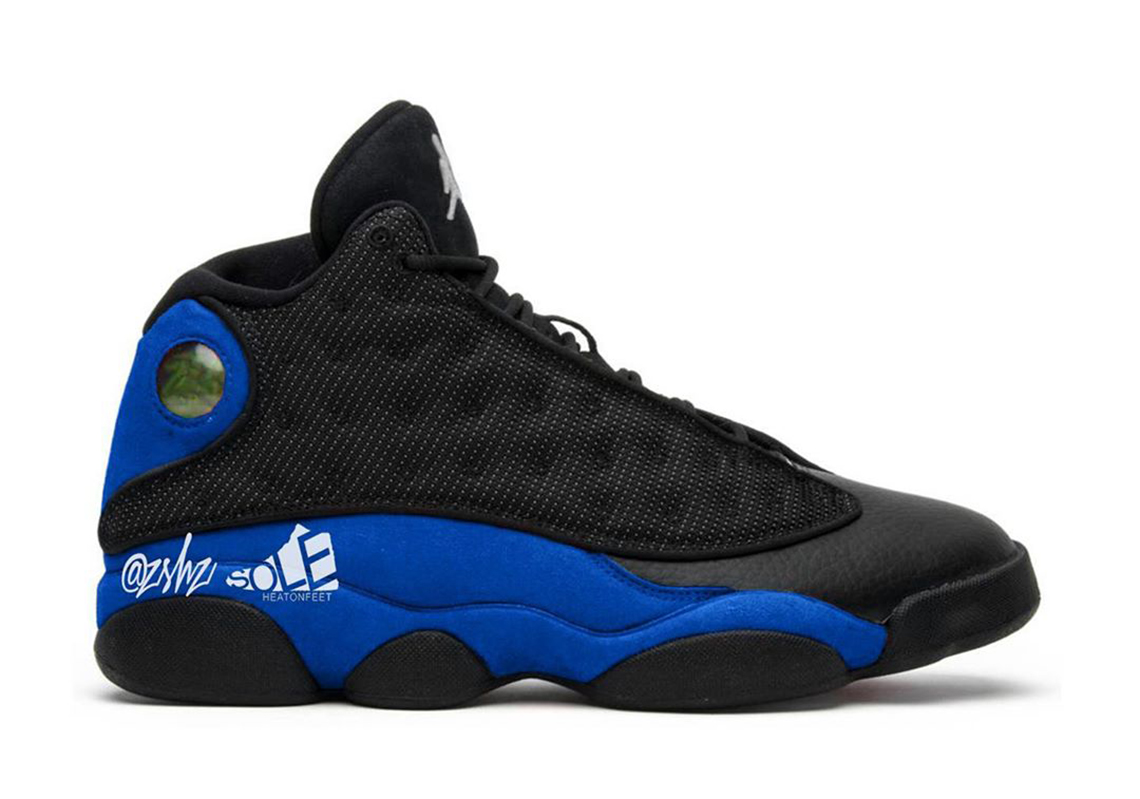 Even in 2020, the Air Jordan 13 continues to be one of the most underused silhouettes in the Jordan Brand family. But as many a leak reveals what’s to come in the holiday season, it looks like there’s a lot more to look forward to from the model aside from its currently postponed “Flint” retro. Two-toned in terms of its palette, the model is relatively versatile all in all; black dresses the majority of its mesh side walls — even within the divots of its texture — while the smooth leather toe caps depart simply by way of their sheen. Underneath, the tooling is blocked with saturated “Hyper Royal” at its side walls, lying just atop a base of dark black tread. Followed up with a bit more color along the heel, the pair rounds off a simple though easily wearable offering, which will coincide with a few notables later this year on December 19th.

In other news, the Court Purple Air Jordan 1 has just hit official images.