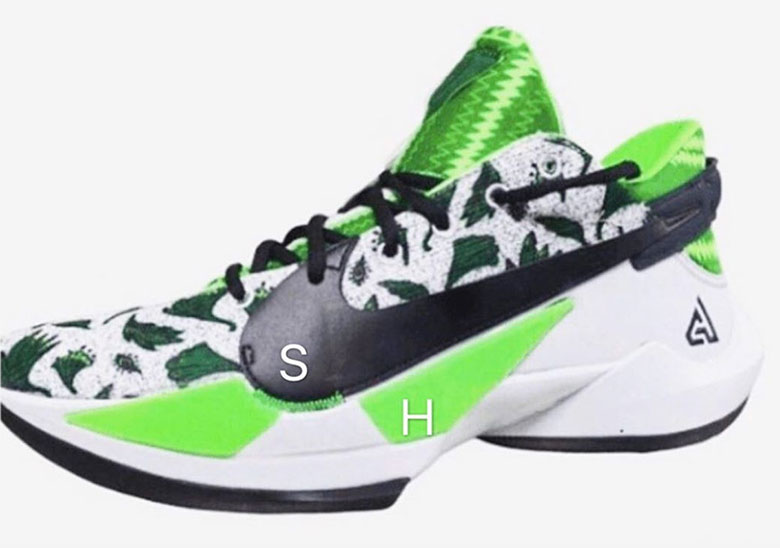 Though only about a half year old, Giannis Antetokounmpo‘s signature silhouette is soon to see its second iteration — an upgrade fittingly titled the Zoom Freak 2. And though the namesake is similar, the model itself is anything but, as it forgoes the mid-top height of its predecessor for a low that is highly reminiscent of pairs such as the Air Grudge or collaborative creations from the esteemed Off-White imprint. This connection is most apparent in the athlete’s use of oversized swooshes, which are seen here once again though now facing forward as per the standard. Its shape extends onto the sleek PG1-esque tooling as well as the relatively ordinary lace unit, contrasting in black against a backdrop of white base and seemingly random all-over markings of green paint. The touch-up extends from the toe box back to the heel, with contrasting finishes marking both the tongue and heel wrap — the two preferring a seemingly iridescent finish of zig-zag graphic. Elsewhere, matching molds hit the side walls of the midsole, leather patches adorn the tongue, and the Giannis’ lettered logo stamps atop the back. Grab a quick look at the Freak 2 right here and keep it locked for word on its official release.

In other news, the Jordan Delta SP was officially announced. 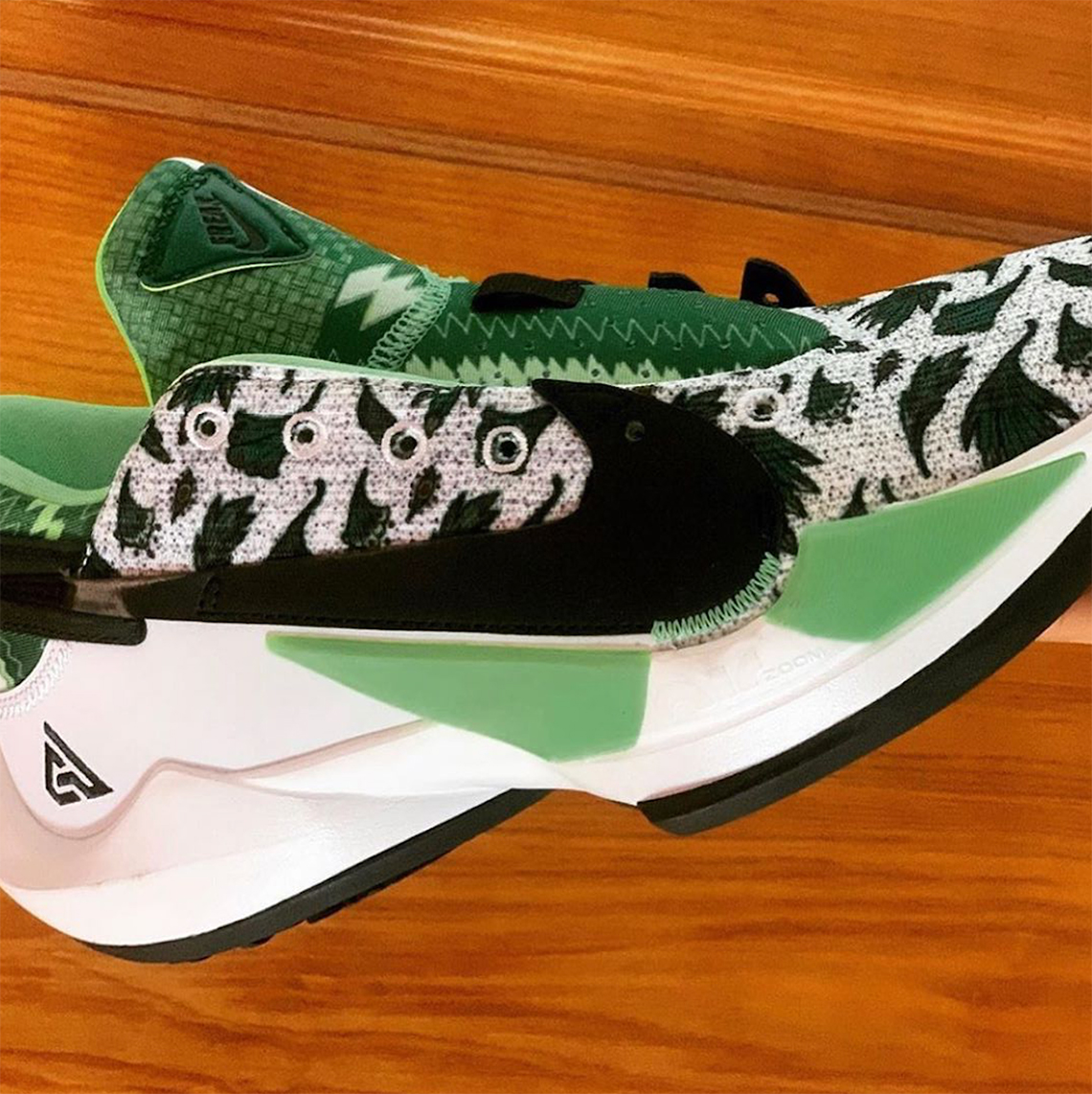