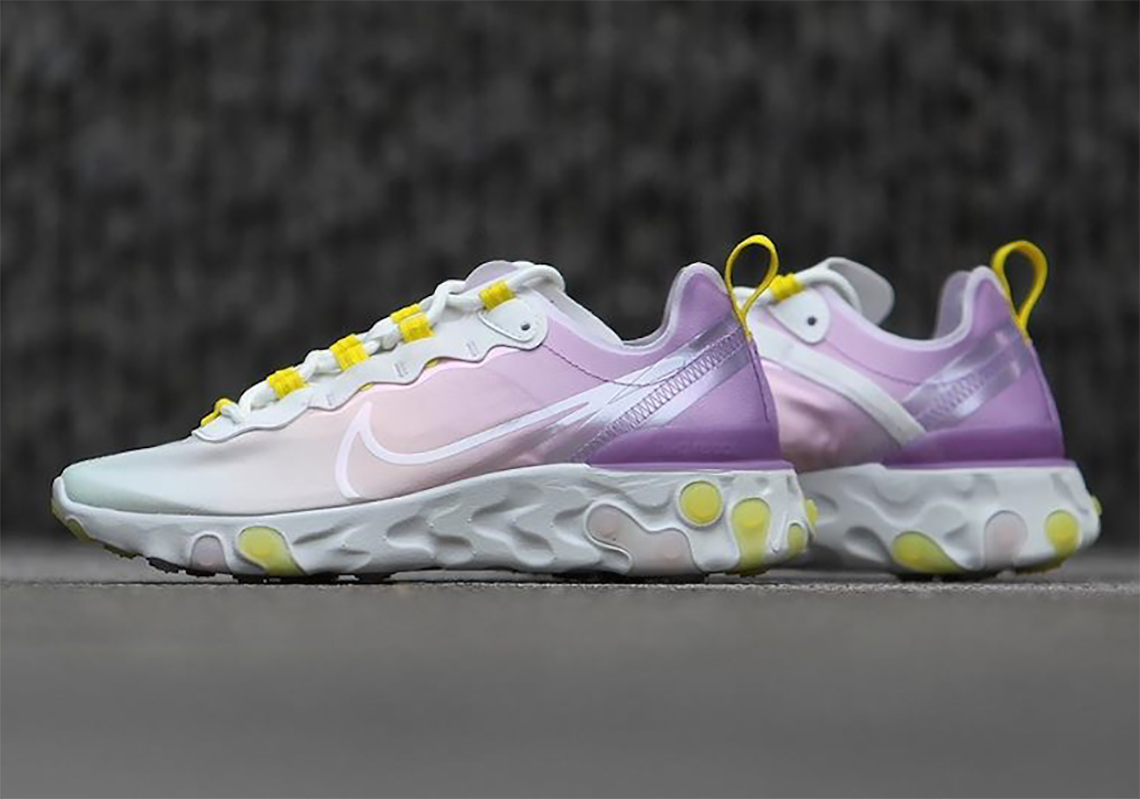 If you take a glance at all of the Nike React variations, few possess a roster quite like the React Element 55 just by pure volume. The model continues to serve as one of the Swoosh’s frontline Sportswear silhouettes on the market, leaving consumers with an infinite list of colorways to add to their rotation each season. Recently seen playing on the more colorful side of the spectrum, the silhouette is keeping this vibrant movement alive as it has just appeared in a new Spring-appropriate colorway. Accents do most of the talking here as the uppers gradient from a softer pink starting at the mid-foot, eventually transitioning towards the rear that darkens in a lighter violet hue. Moreover, additional touches are presented through splashes of yellow located atop the lace loops, heel tabs, and midsole plugs, followed suit by Swooshes and rear taping coated in a shiny silver to complete a palette somewhat similar to the Kobe 5 ID by Kid Hollywood from 2010. Grab a detailed look here below, and find these hitting Nike.com and select retailers in the coming weeks for $130 USD.

In other news, here’s an official look at the Beijing Jordan Westbrook One Take. 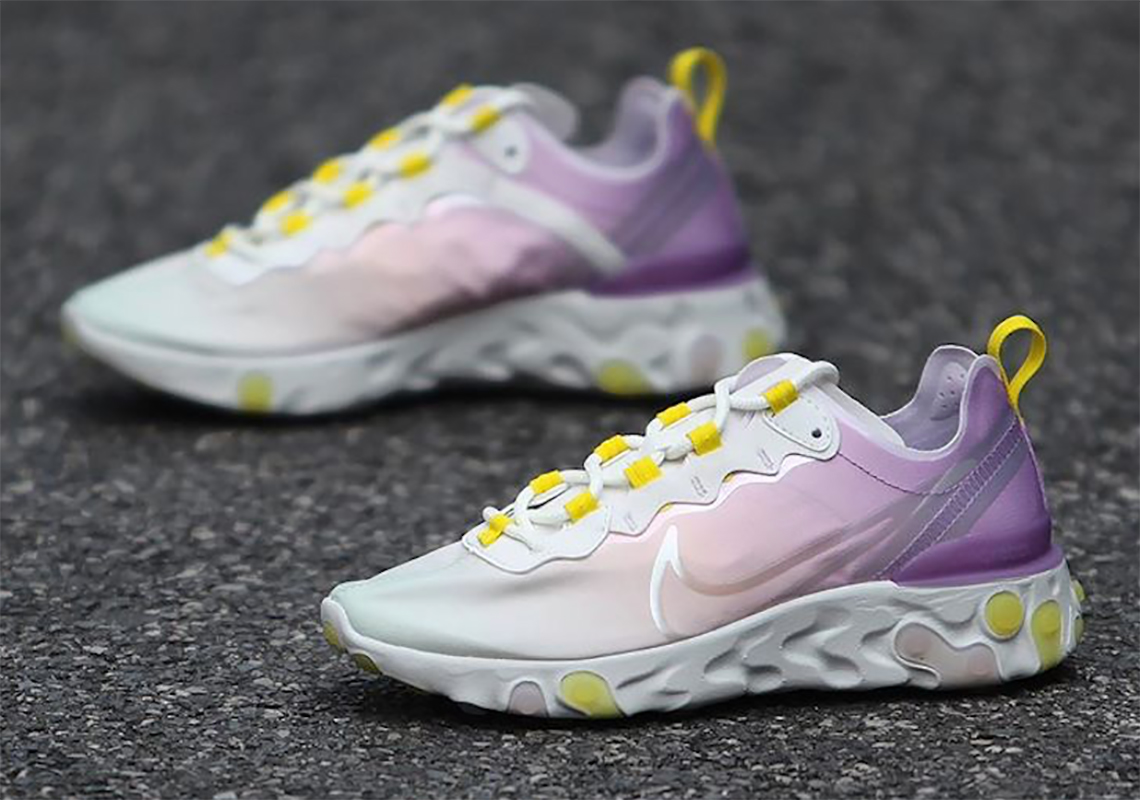 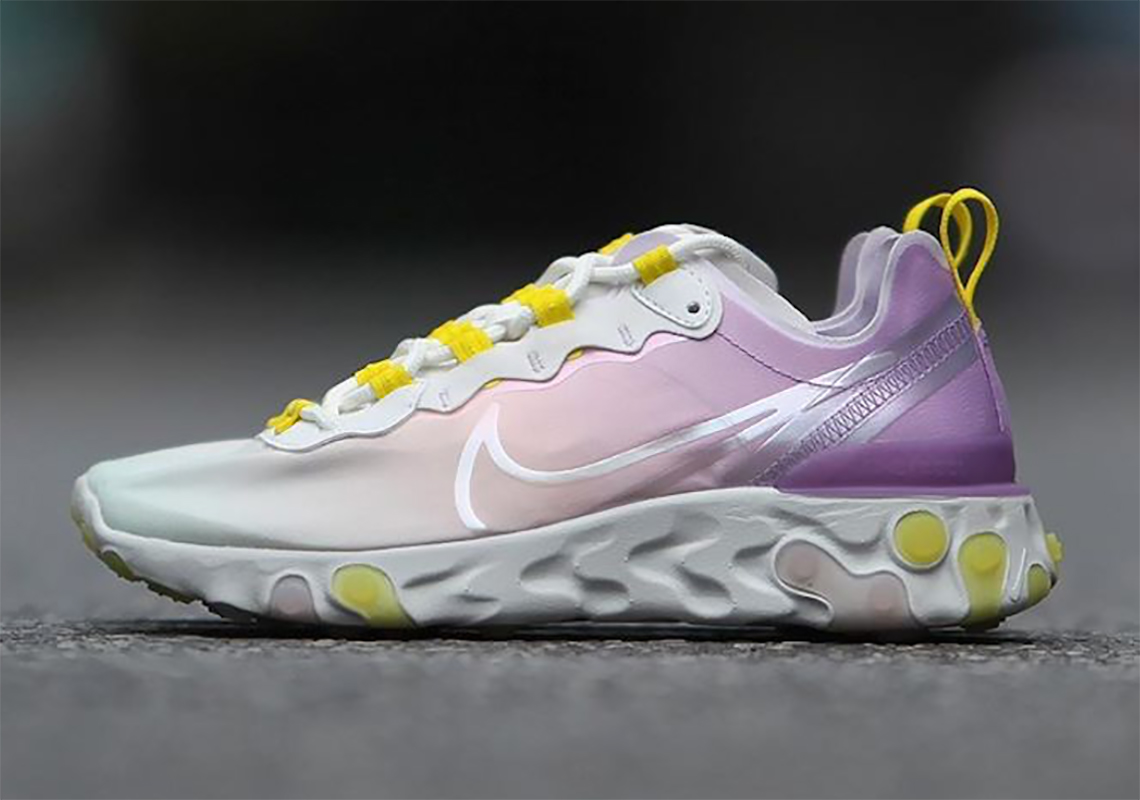 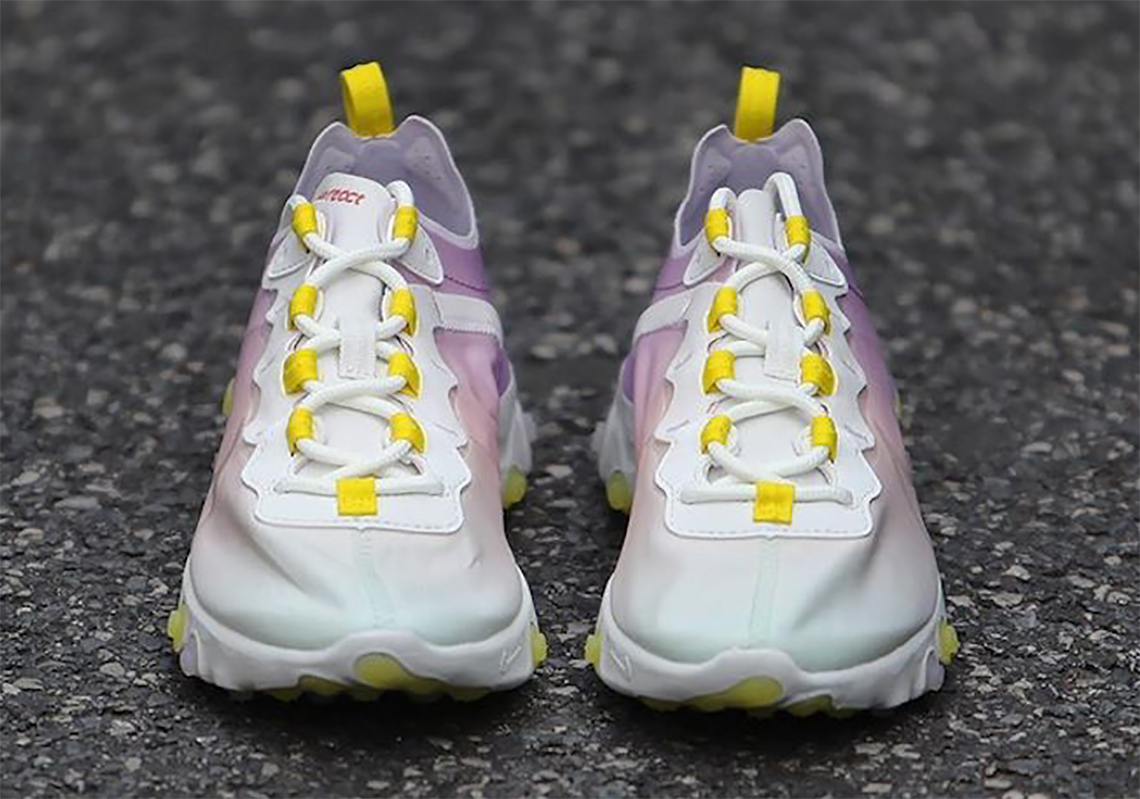 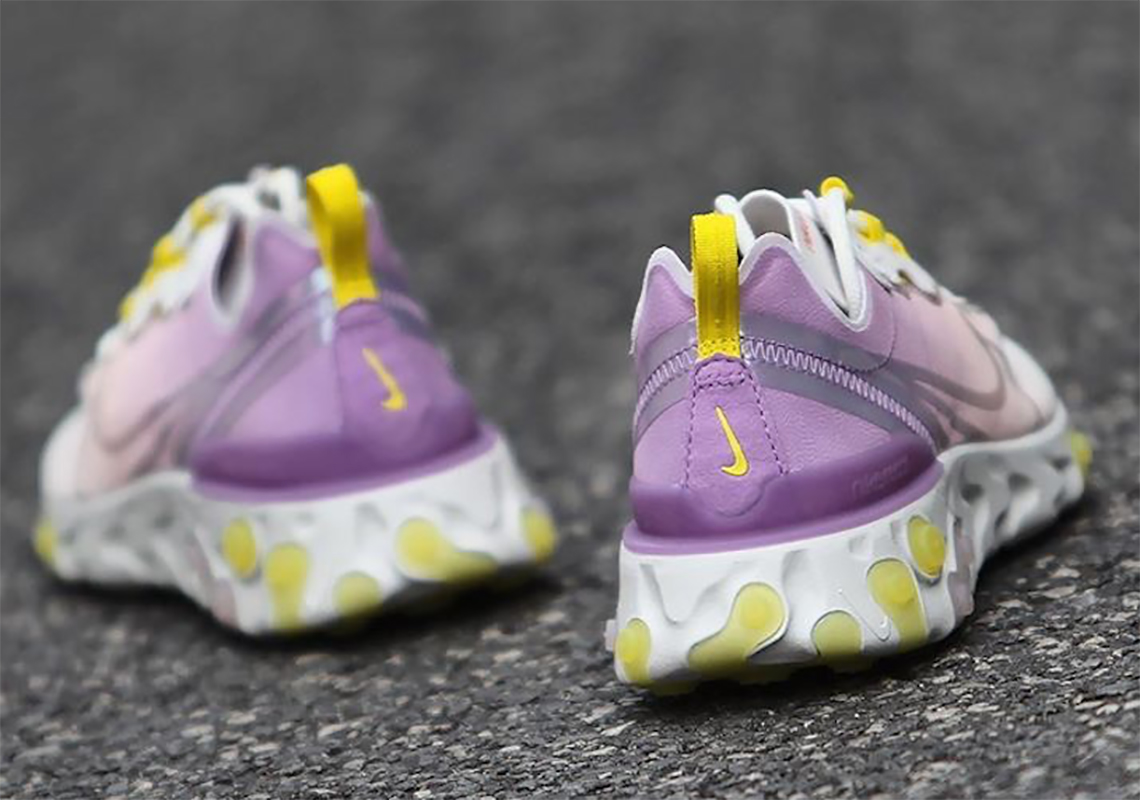 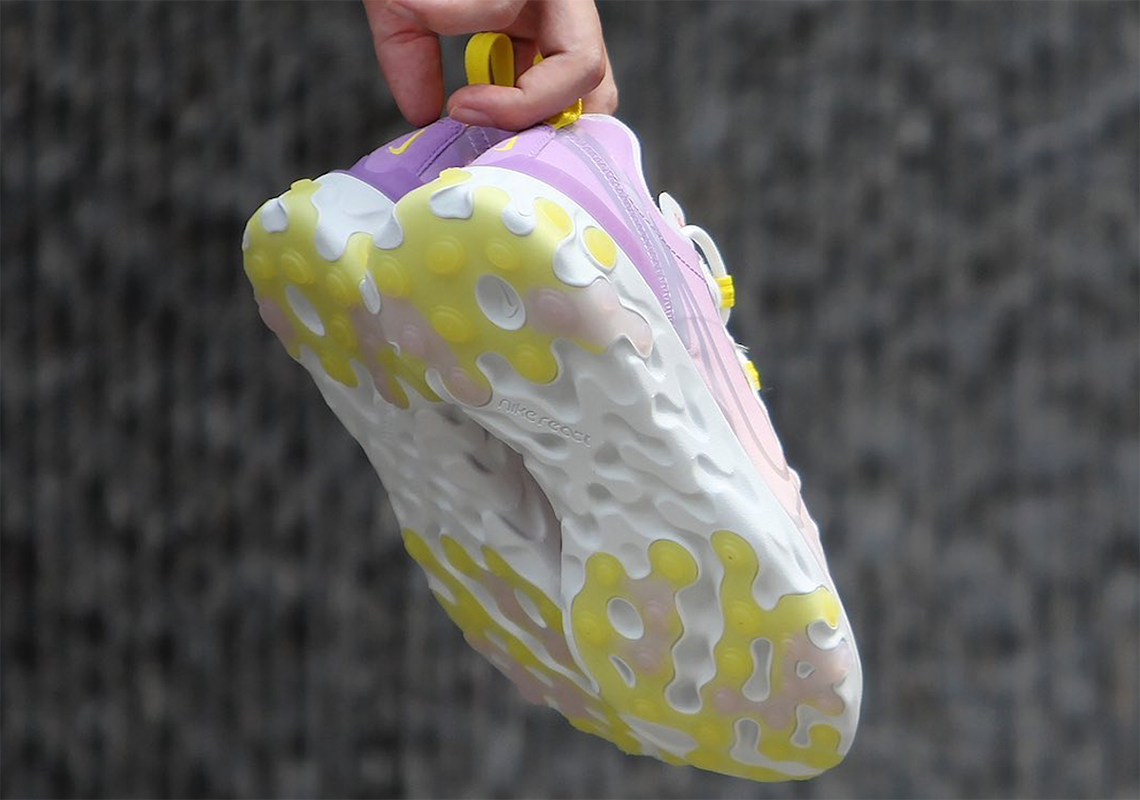 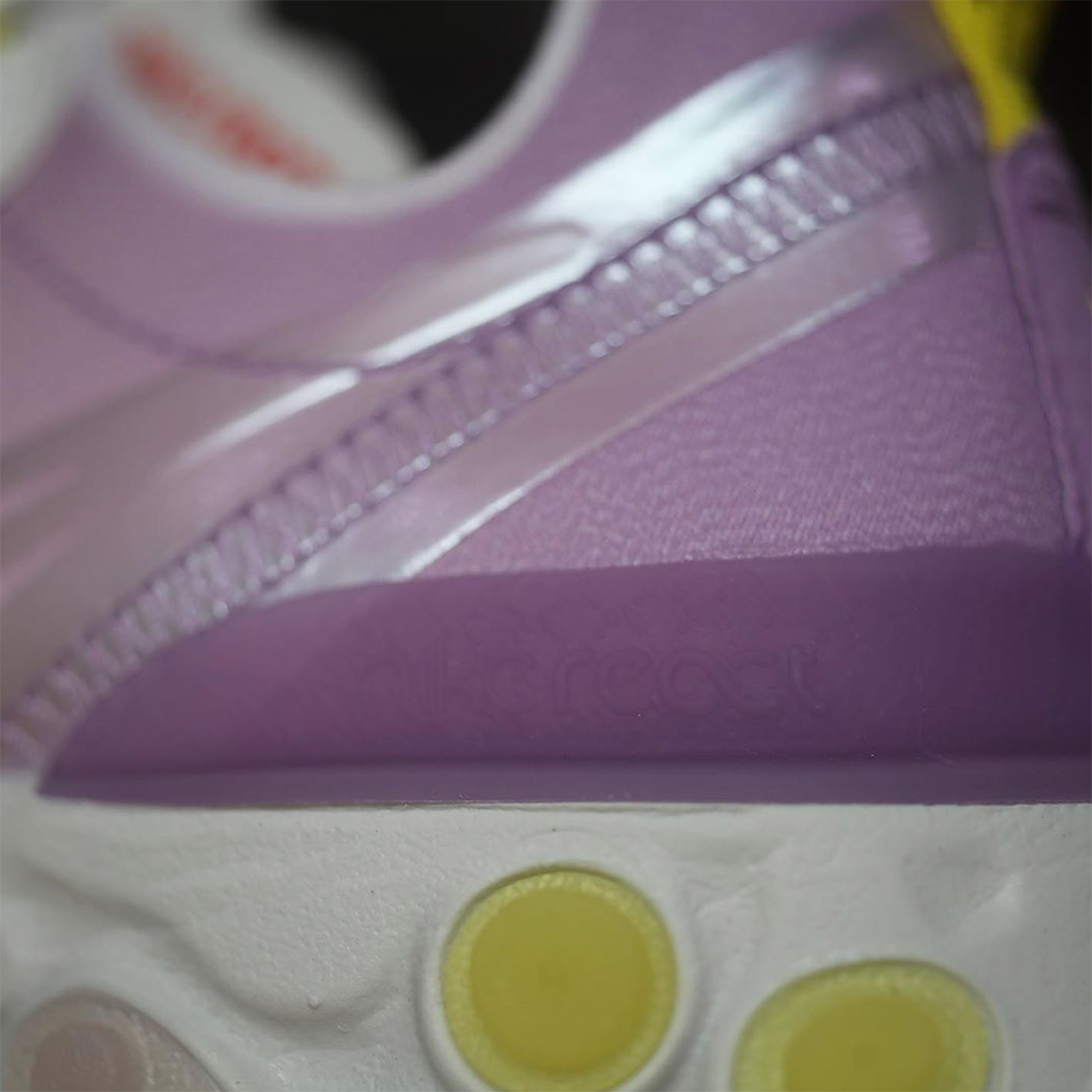