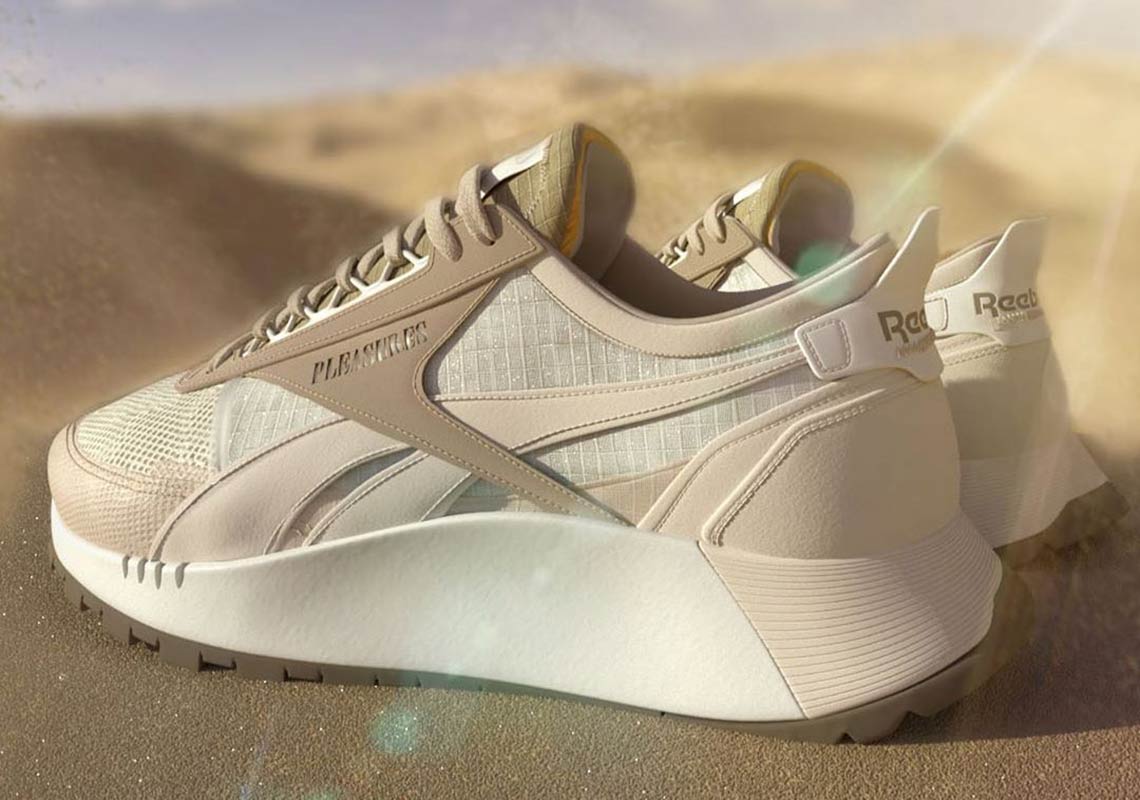 Pleasures And Reebok To Release A Tonal Classic Leather Legacy

With the turn of the new year, Reebok took a strikingly different approach to their roster of collaborations — JJJJound, Brain Dead, Sneeze Mag, and many others joining the family to exact their own unique creative visions. And now, the brand looks to be growing by yet another notch as they invite cult label Pleasures to dress up the Classic Leather Legacy.

A reflection of current taste, the collaboration designs with a relatively minimal philosophy. The colorway itself, whose various parts are not overtly distinct, makes use of a varied range of earth tones, most being a light cream. Its base, which seems to utilize mesh and ripstop along the toe box and underlying profile, respectively, is the most neutral of the construction as it sets up the overlaid leather vector logo and the “PLEASURES” cut out that sits even further above. The heel counter’s tones then subtly bleed onto the tooling by way of embedded molds, marginally contrast the whites of the rest of the oversized tooling.

Grab a close-up look at these here and sit tight for further word on its release date.

In other news, new adidas Response Hoverturfs were revealed.