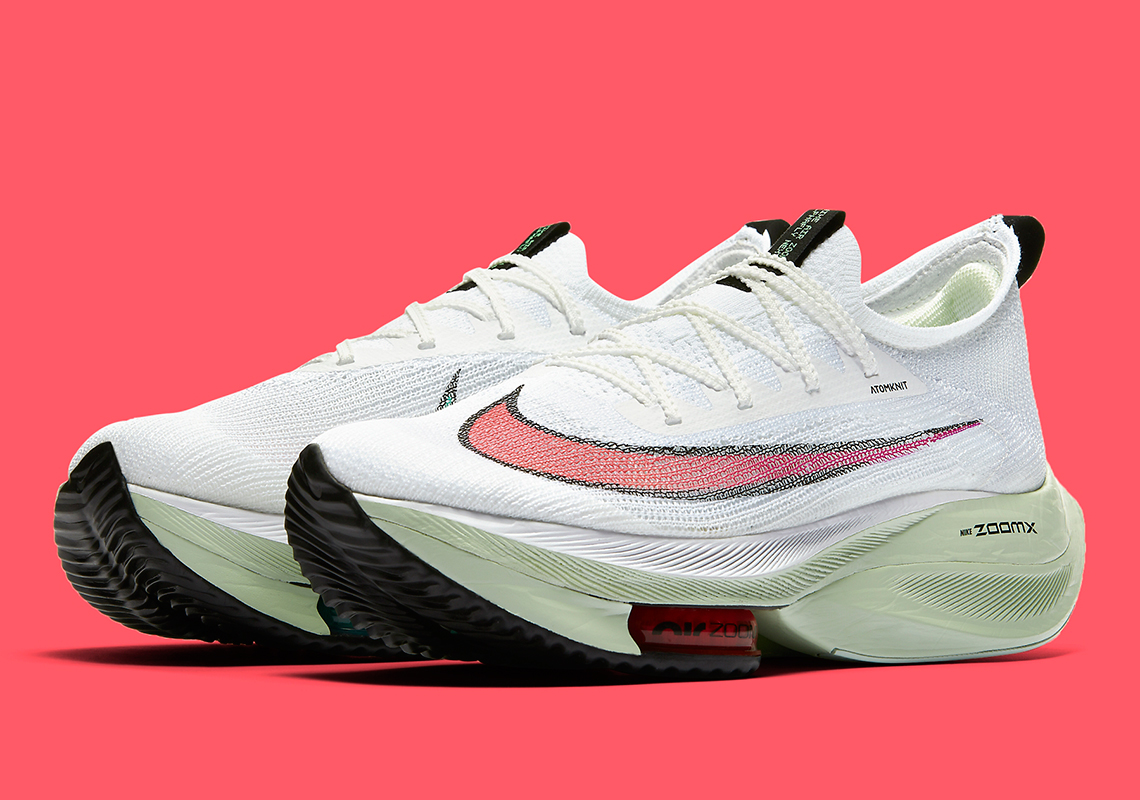 After releasing a few weeks back to a select crowd of Nike+ members, Nike’s premier running sneaker — the Air Zoom Alphafly NEXT% — has been in preparation to make its official debut to the public next month. Before today, we knew the performance runner was set to release in a two-toned black and green arrangement, but as confirmed by newly surfaced official imagery, it appears that it will be accompanied by another.

Kicking off the month of July, a new colorway unofficially dubbed the “Watermelon” will make its way to the shelves. Standing out mainly due to its Summer-friendly accents, these springy race kicks color up its Swooshes in alternating fashion against its angelic Atomknit backdrop; the elongated versions pasted to the lateral walls painted with fruity red stitchings, while the traditional-sized ones contrast in a teal-to-royal blue gradient. Down below, the chunky cushioning sole complements by way of minty green skins, followed by the exposed Zoom pod present in the forefoot that adopts the same hues utilized for the base layer Swooshes. These will be releasing in both men’s and women’s sizes on July 2nd for a retail tag of $250 USD on Nike.com, so for all of you avid Nike Run Club/Strava app users out there, get your wallets ready.

For other news, the Nike Dunk High Michigan returns in September. 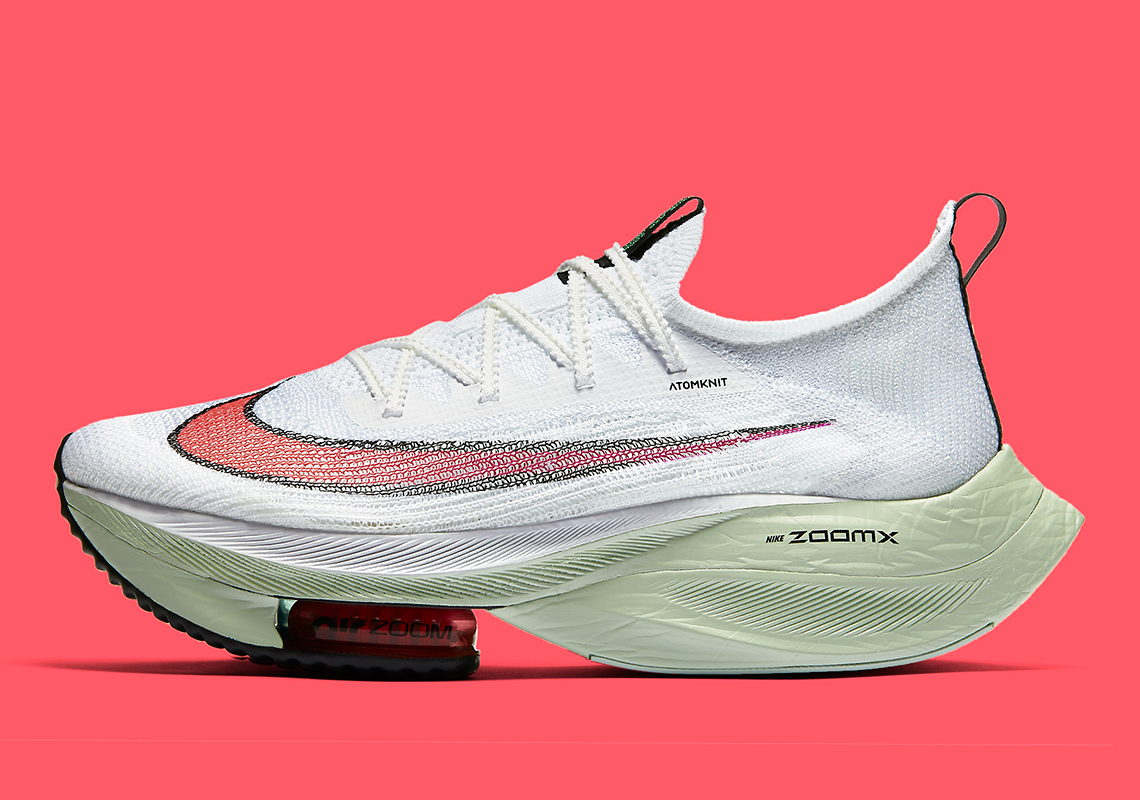 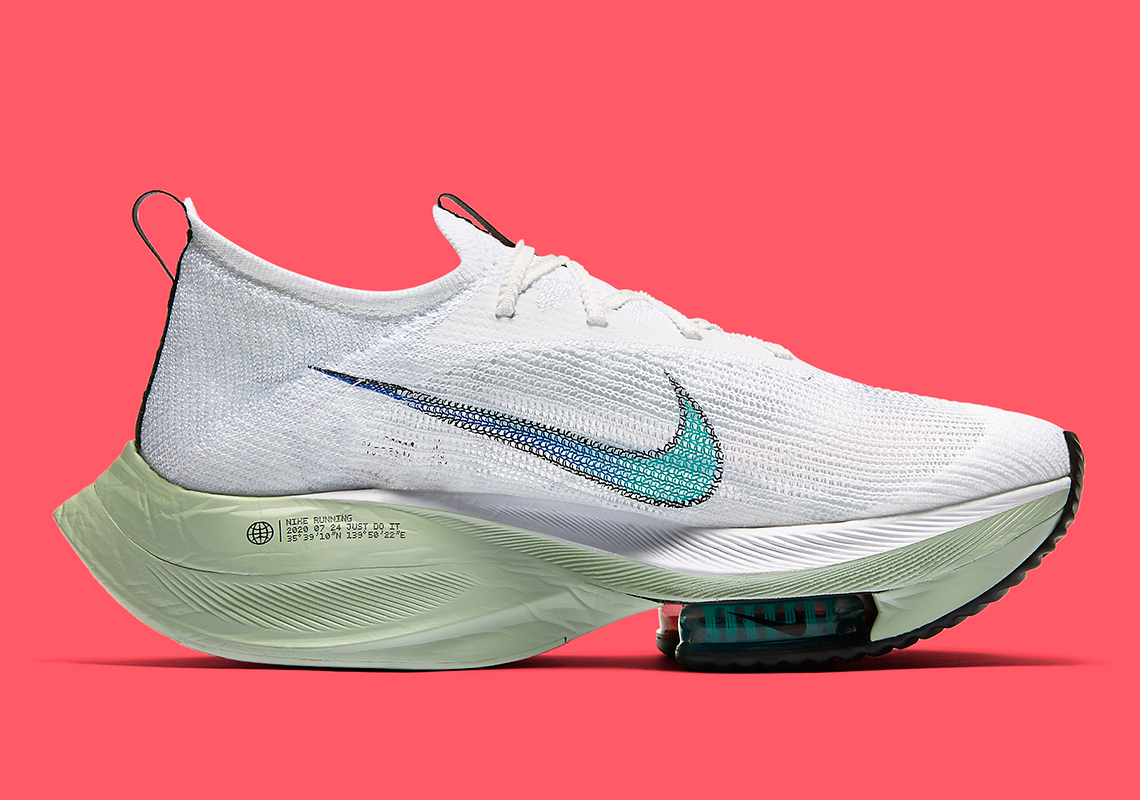 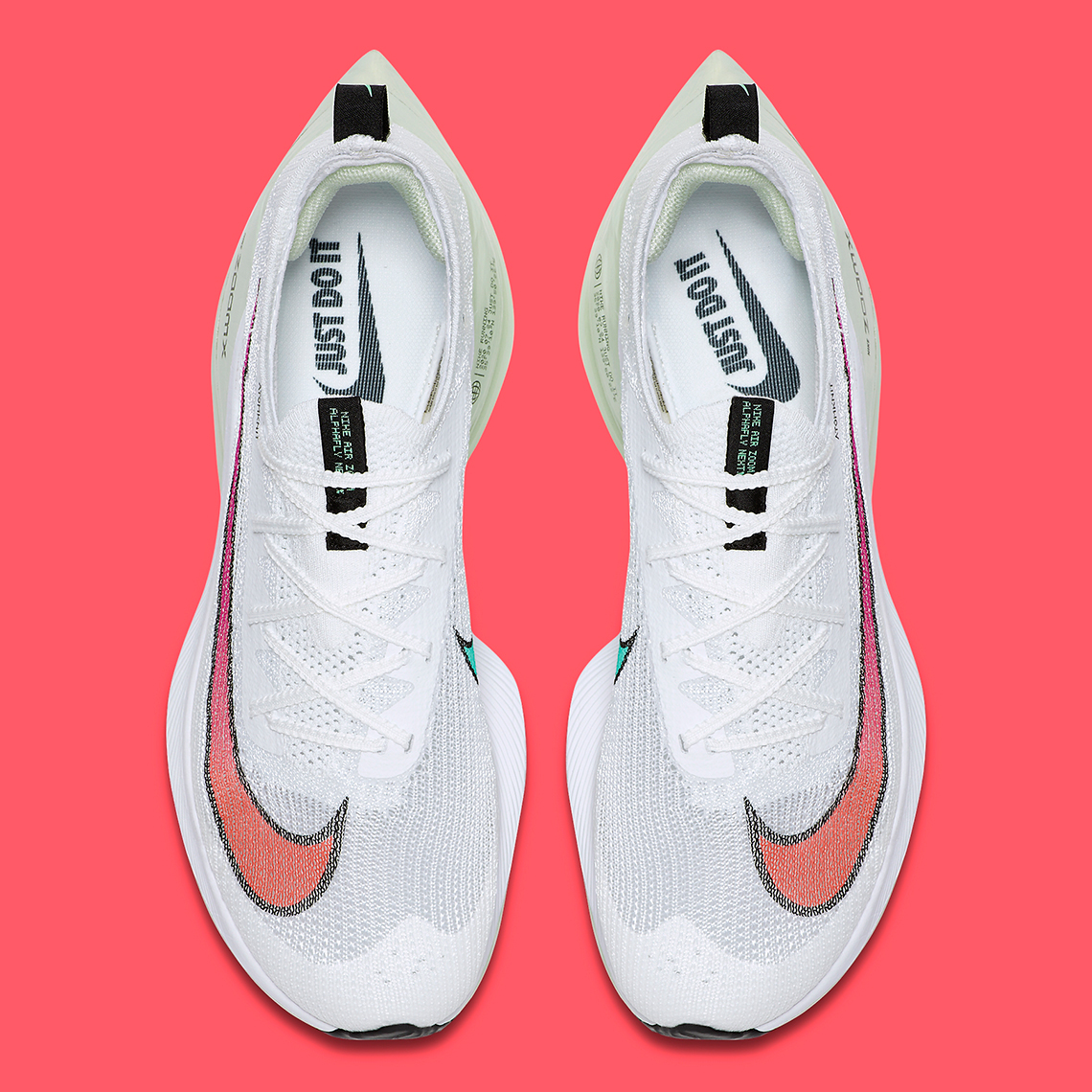 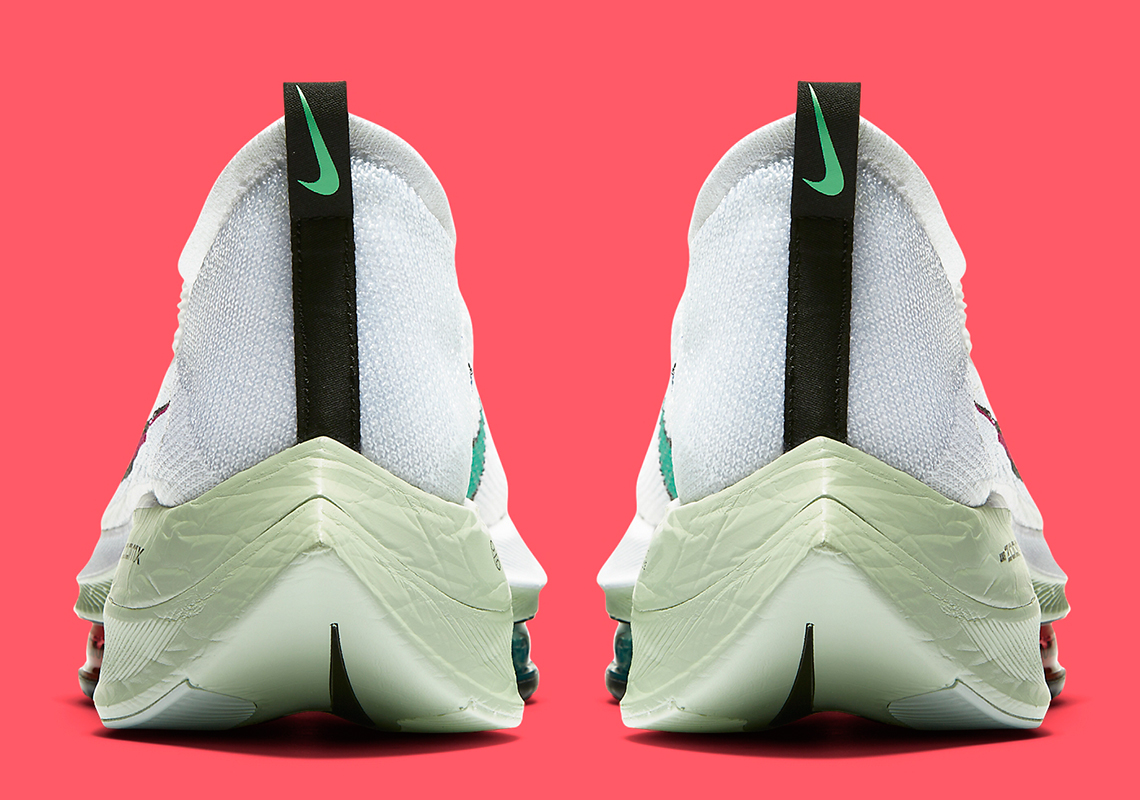 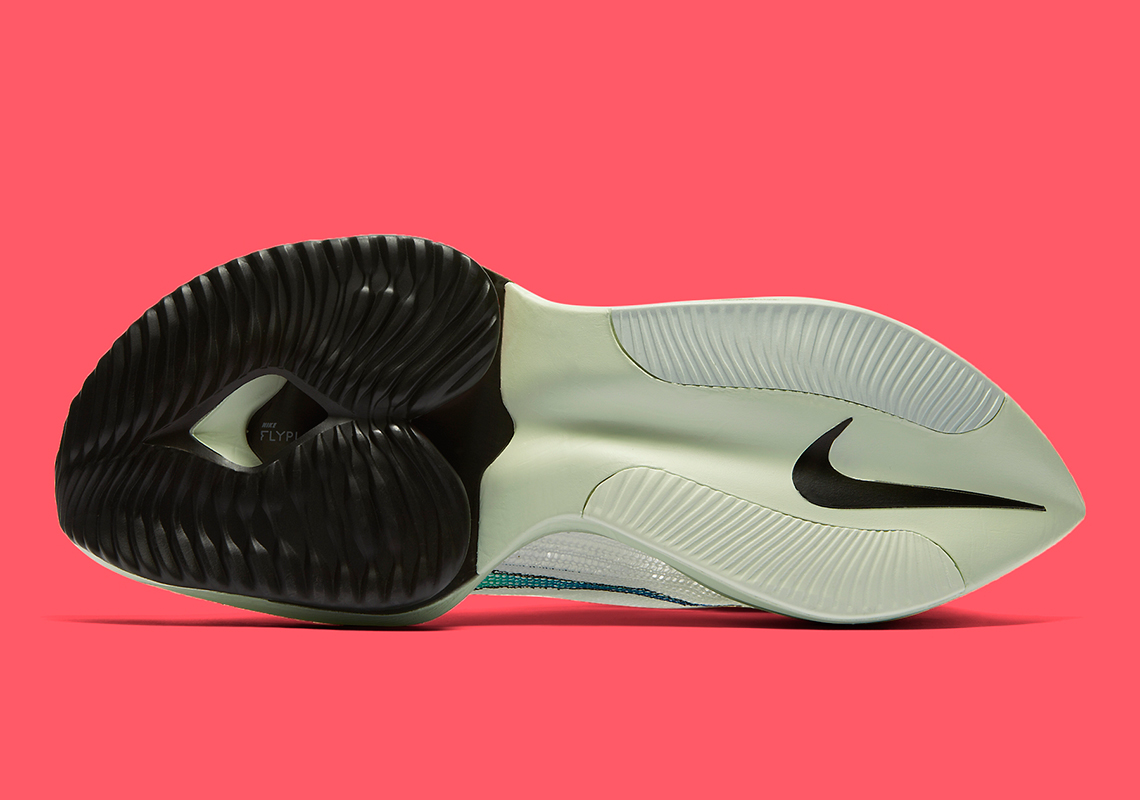 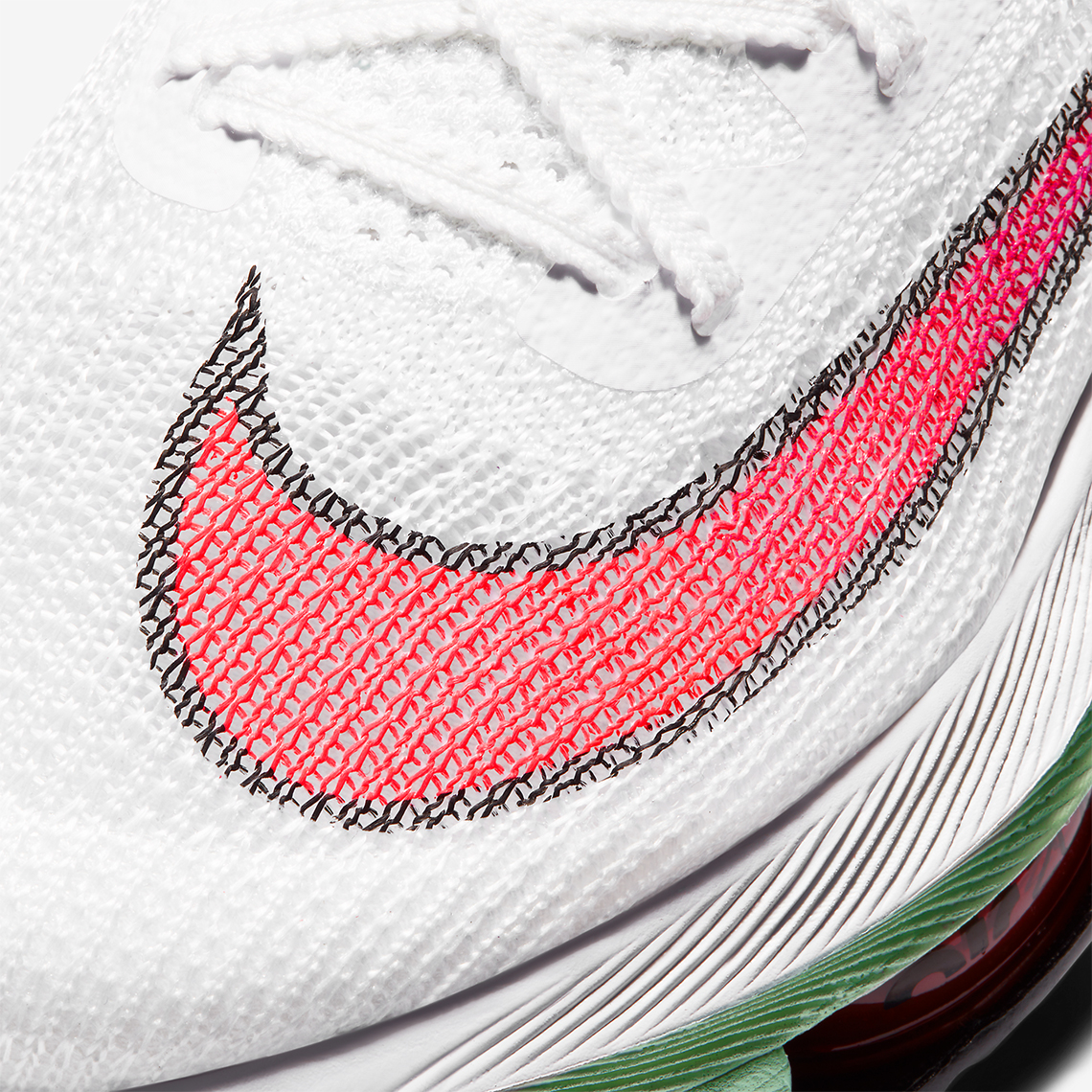 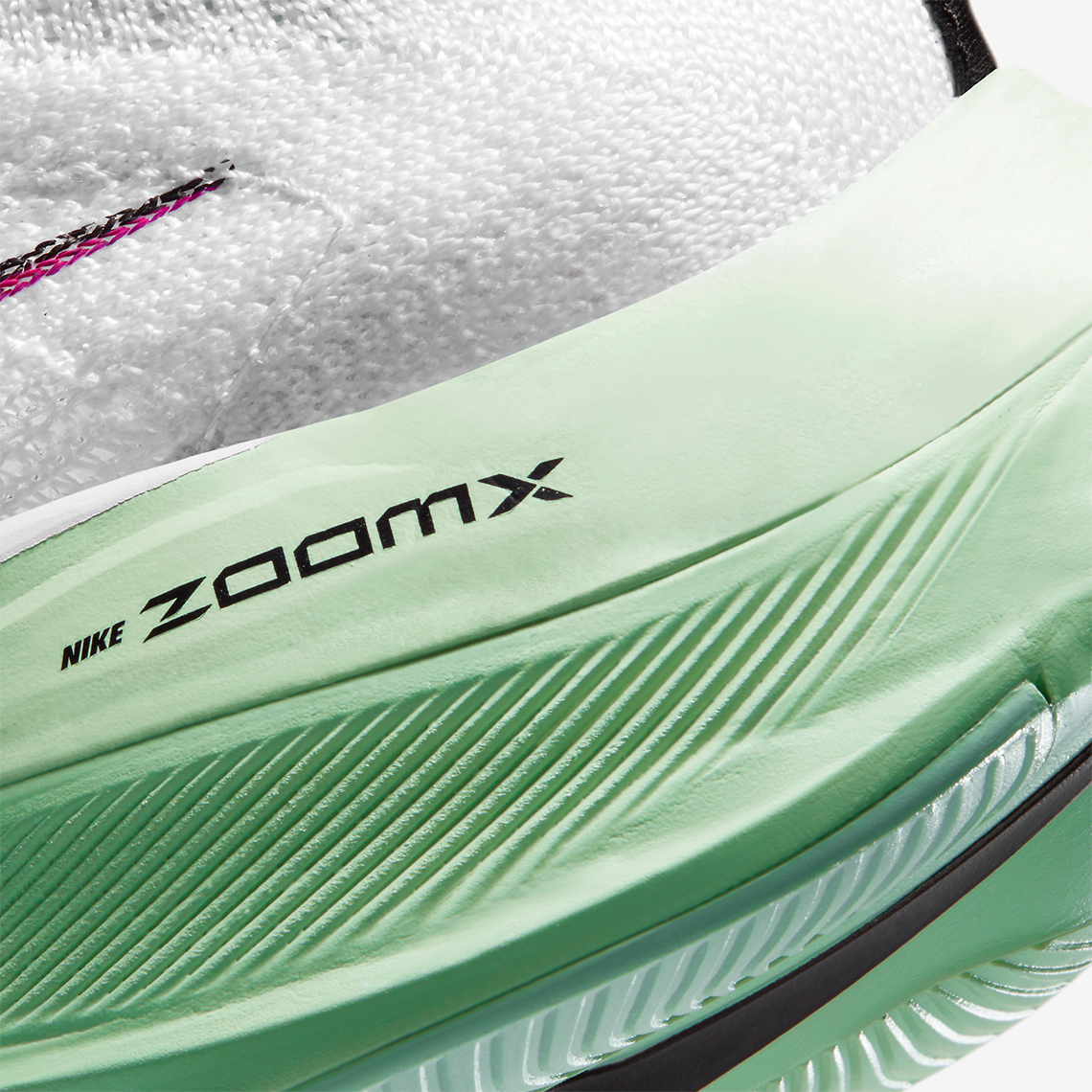 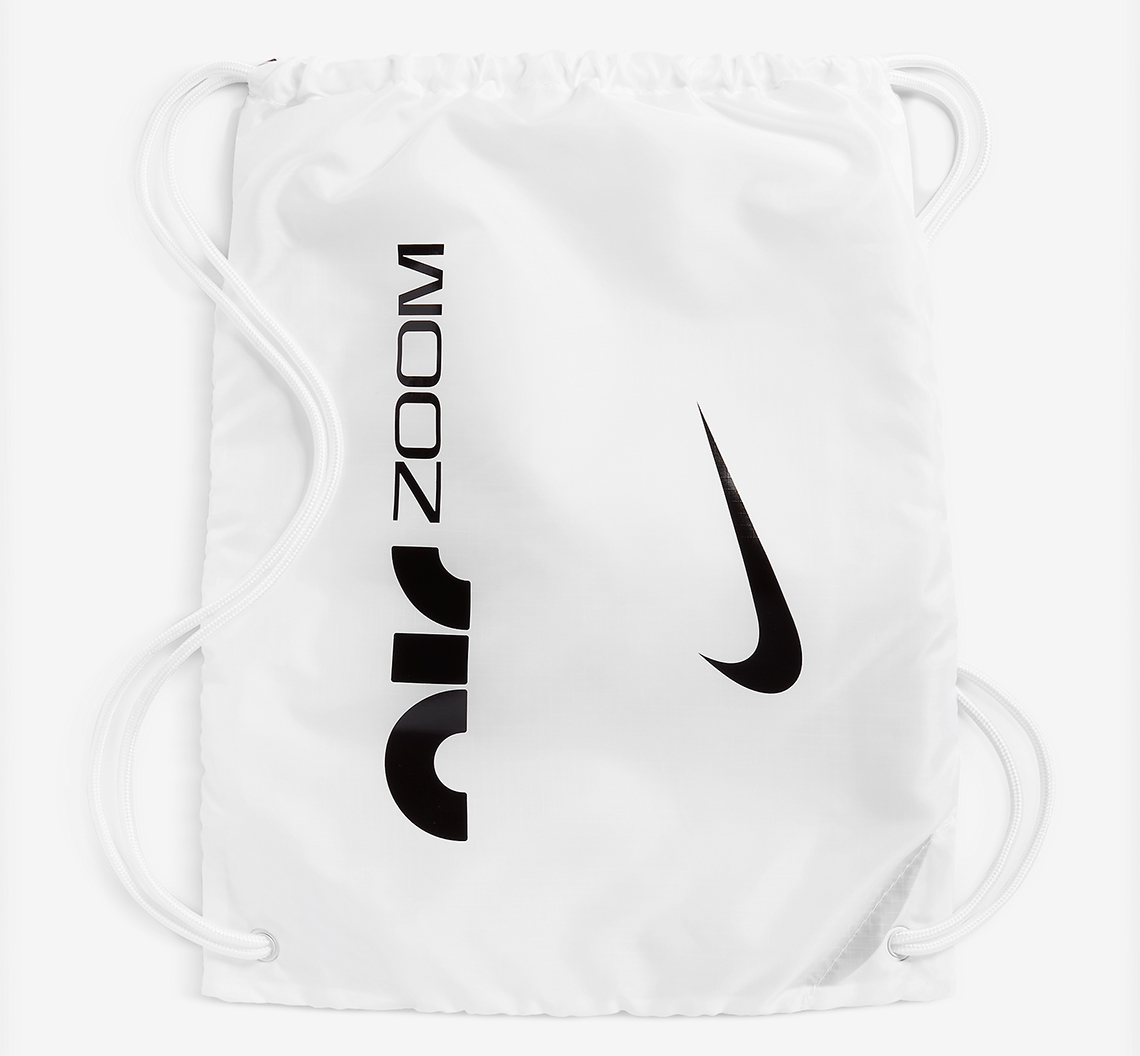