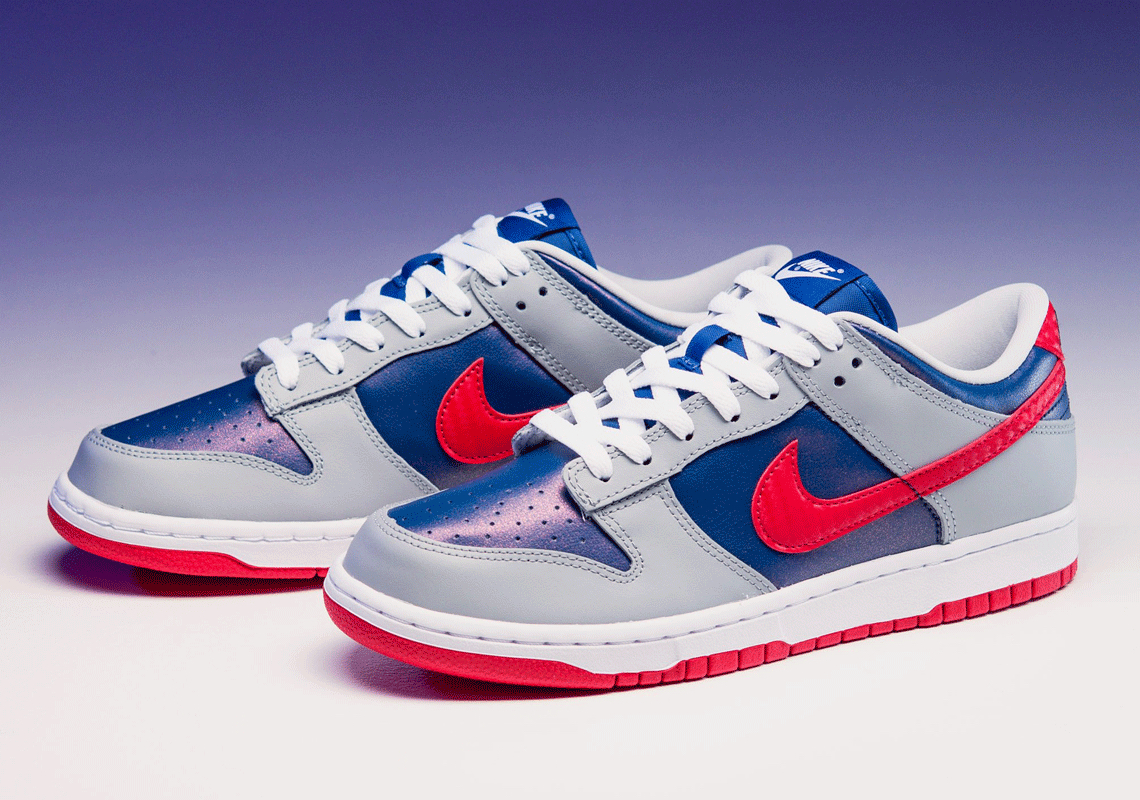 Where To Buy The Nike Dunk Low SP “Samba”

Regardless of whom you credit with the mainstream resurgence of the Nike Dunk Low, one thing is certain: the silhouette isn’t returning to obscurity any time soon. Next up on its release calendar is the “Samba” arrangement from 2001.

Once exclusive to Japan, the quad-colored pair may have timed its first global launch to coincide with the Tokyo Olympics. While the global event has been postponed, the sneaker is sticking to its scheduled drop on August 21st. As with its original design, the low-top Dunk features a “Hyper Blue” base overlaid with “Silver” leather panels. Profile Swooshes and “NIKE”-branded heel overlays deviate from their surroundings not only with their “Samba” color scheme, but also their carbon fiber-reminiscent construction. Sole units maintain the memorable 19-year-old-colorway in-tact as they round out the pair with a white midsole/red outsole combination.

Enjoy another look at the Dunk Low “Samba” ahead, and find pairs arriving to Nike SNKRS on August 21st.

For more from The Swoosh, check out the Supreme Air Max 96 rumored to launch soon. 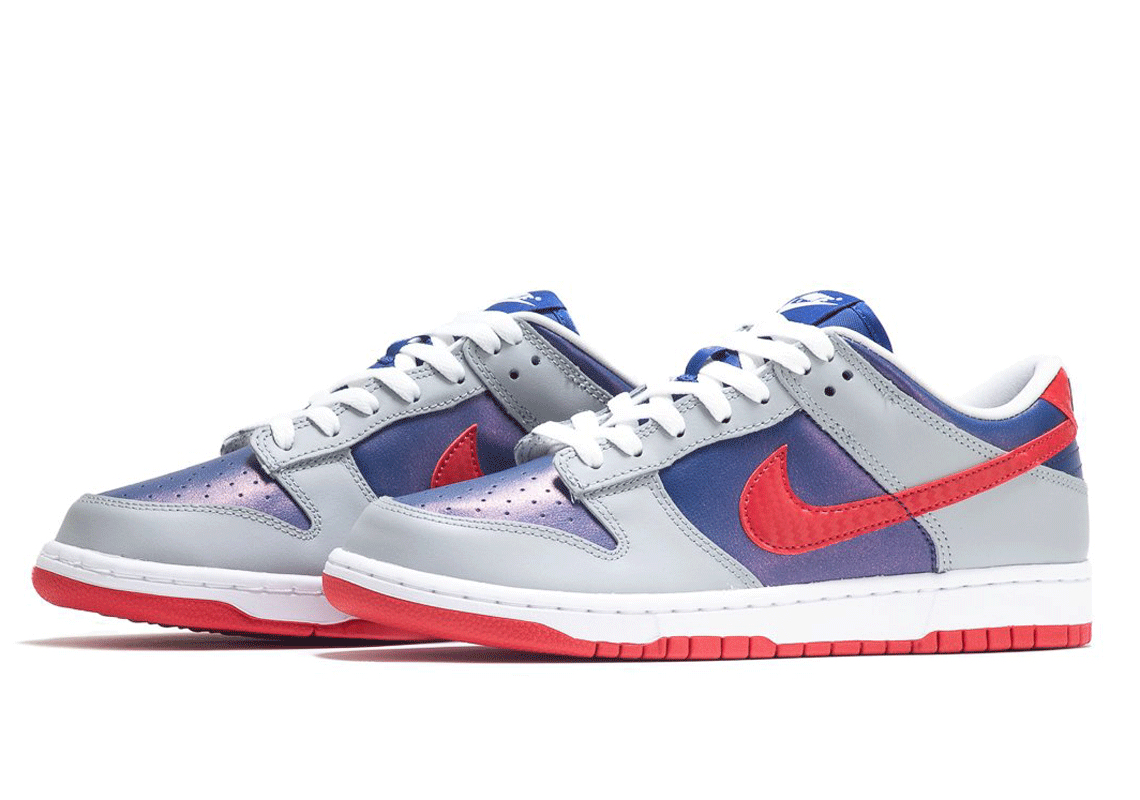 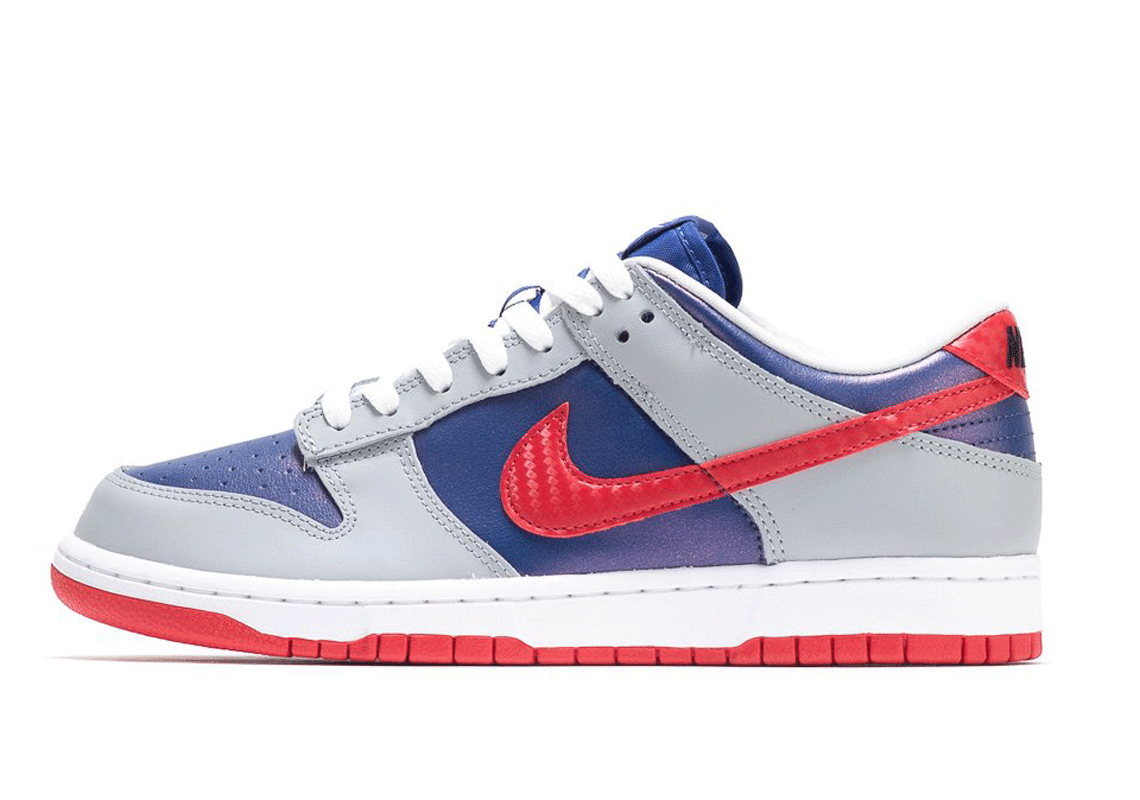 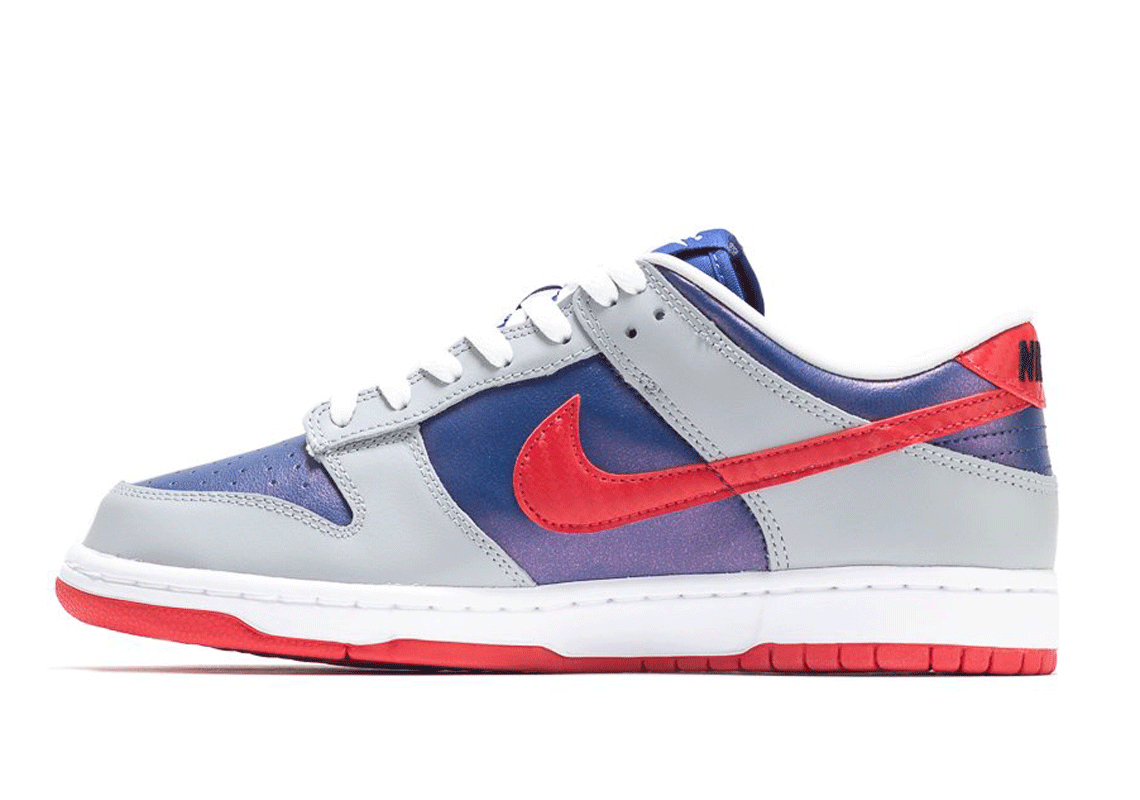 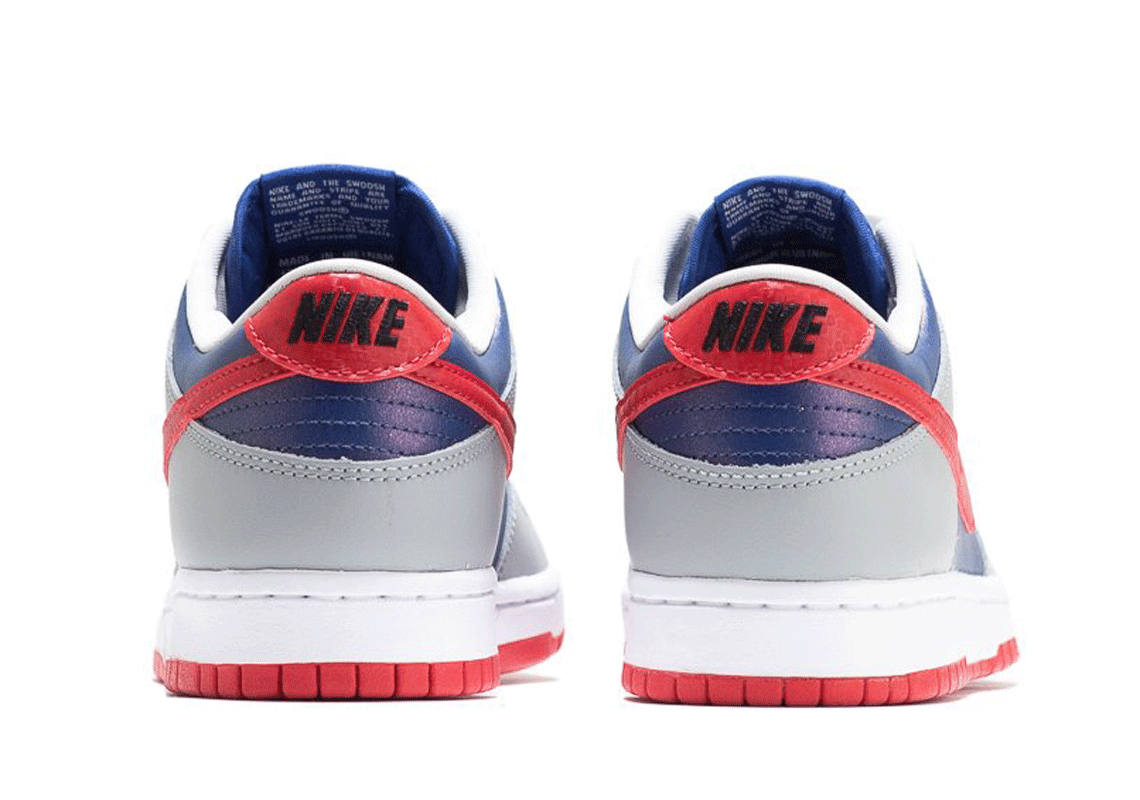 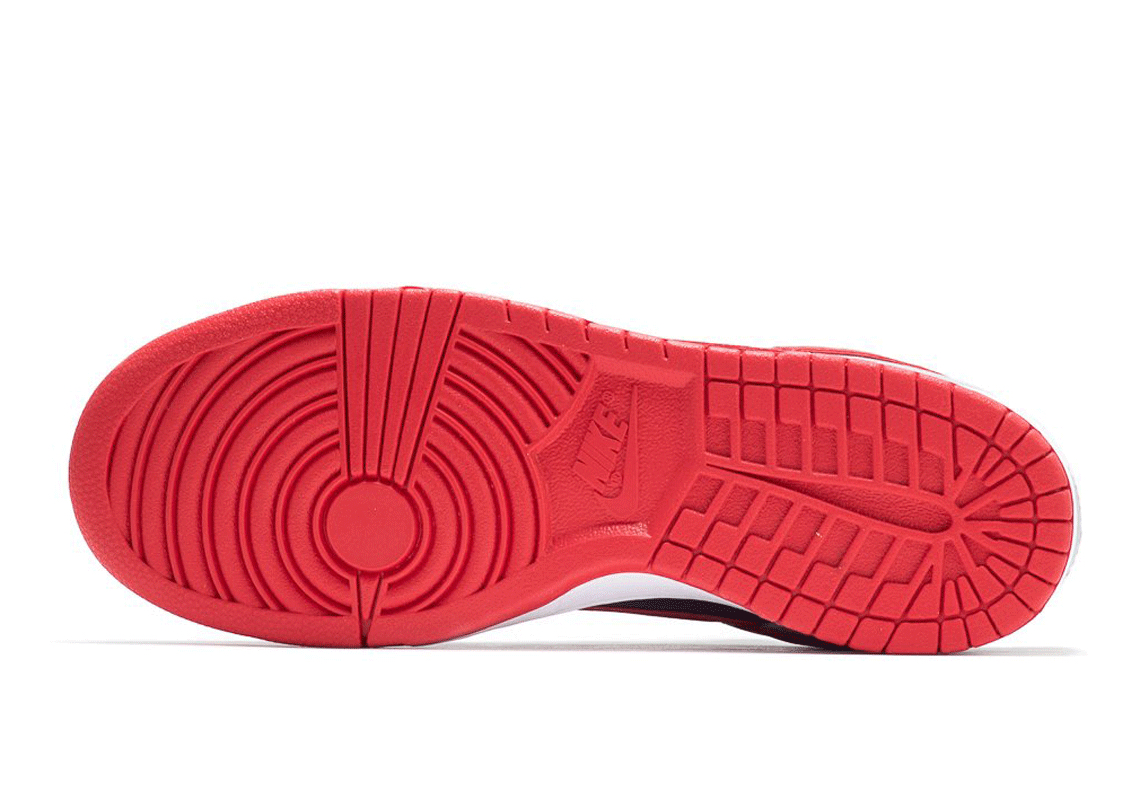