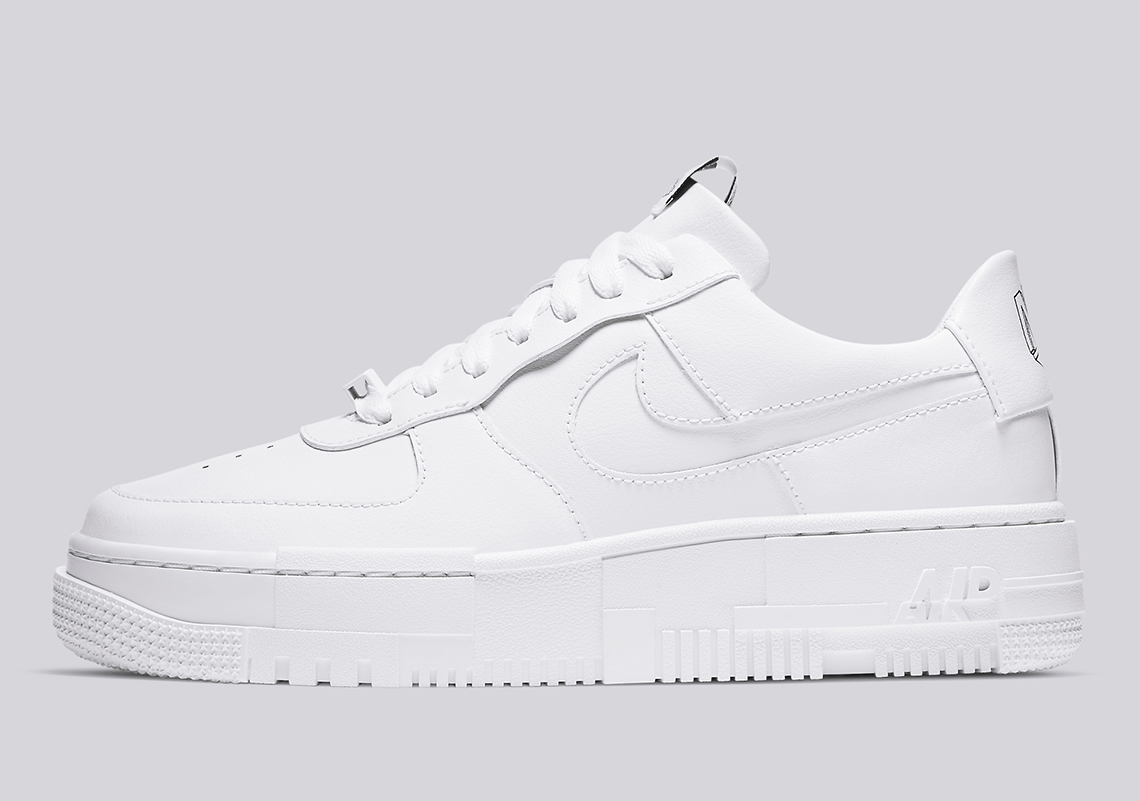 After reconstructing with Crater tech, the Nike Air Force 1 is opting for a look purely cosmetic. And while Triple White acts as the base color-wise, the offering sheds most if not all familiarity with a hybrid that blends the silhouette’s “Shadow” variant with new ideas.

Dubbed the “Pixel,” the newly invented pair adopts quite a few changes — the most noticeable of which being the tooling. As if glitched itself, the midsole is chaotically pieced together by different textures and panels lifted or misplaced to dramatic effect. Above, the construction is relatively ordinary as it makes use of a palatable leather material; its shape, though, is far more akin to the AF1’s aforementioned women’s pair: it’s slightly shorter, makes use of an indented swoosh, robust leather tongue, rectangular dubrae, and a pronounced heel tab whose logos spell “Nike” and “AF1” in 3D formation.

Grab a detailed look at these here and sit tight for an upcoming Nike.com release.

In other news, an Atomic Pink Dunk Low was just revealed. 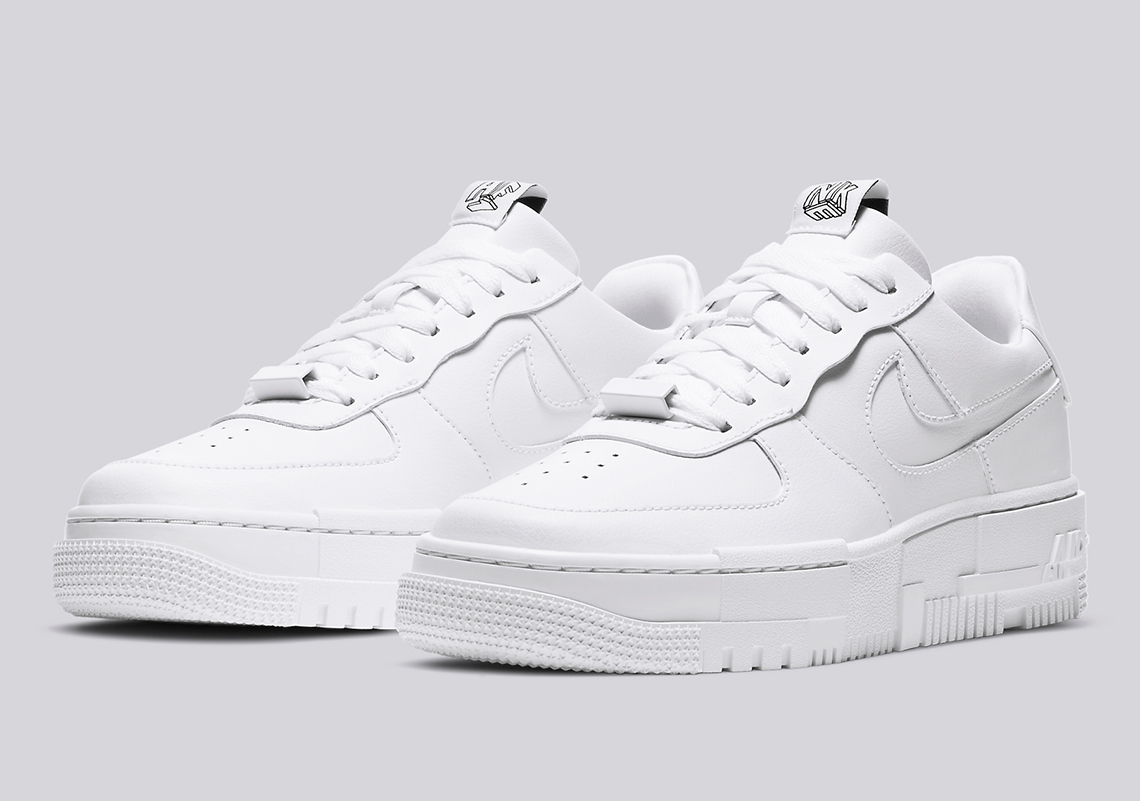 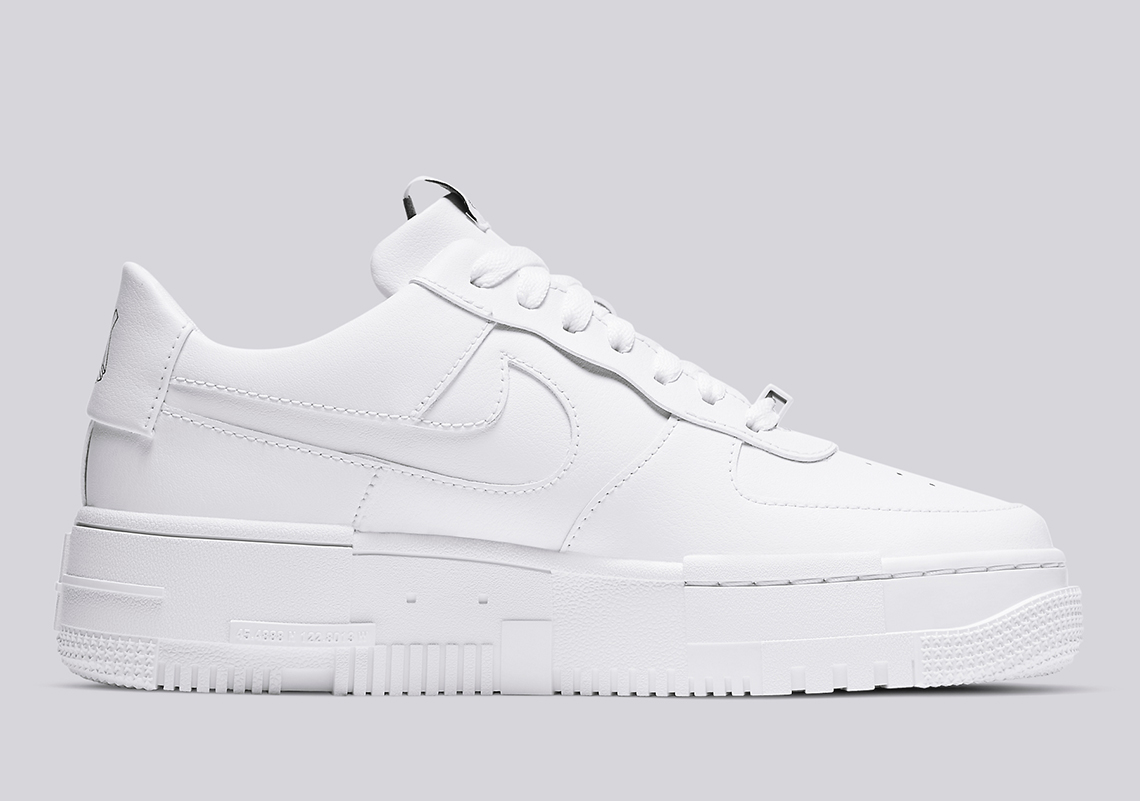 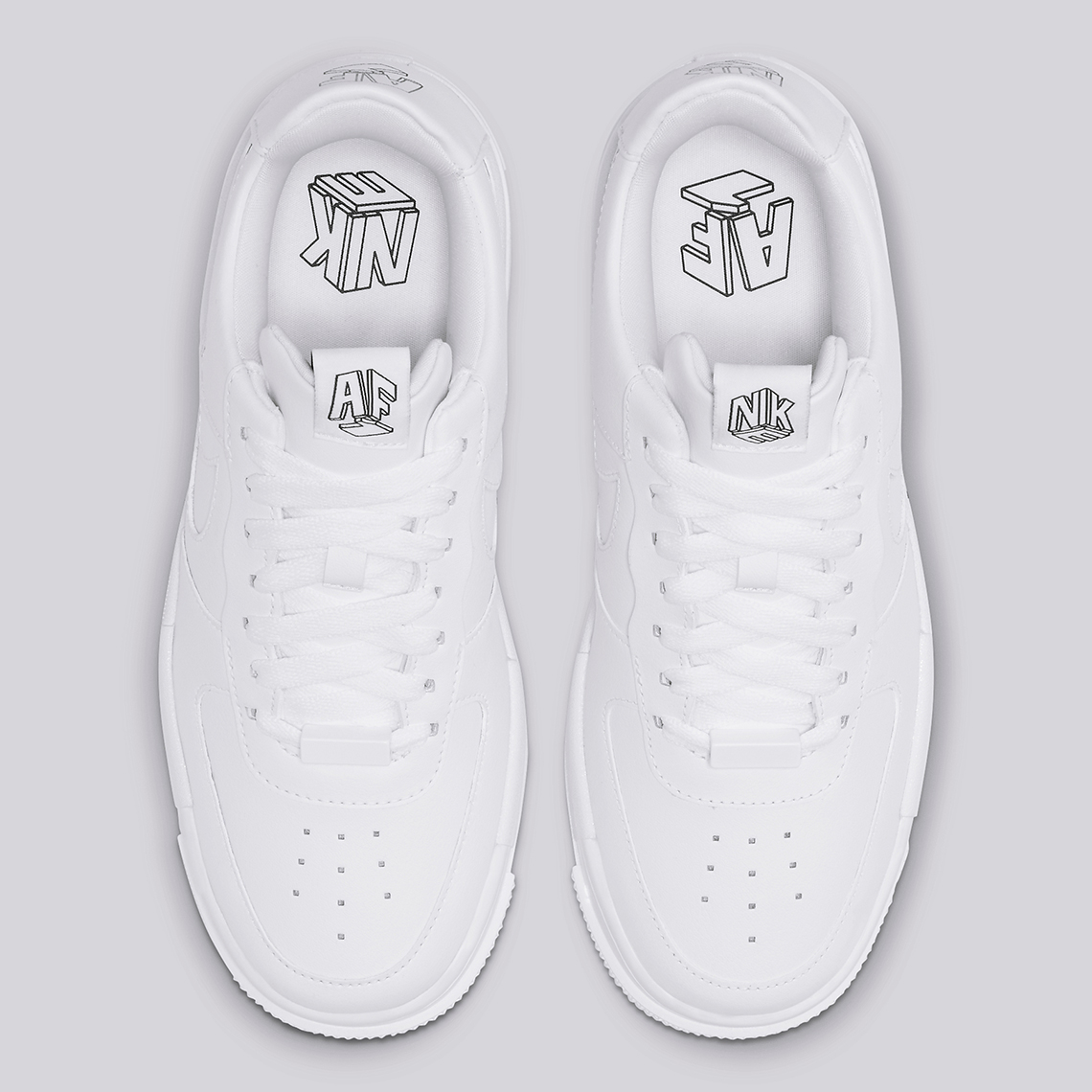 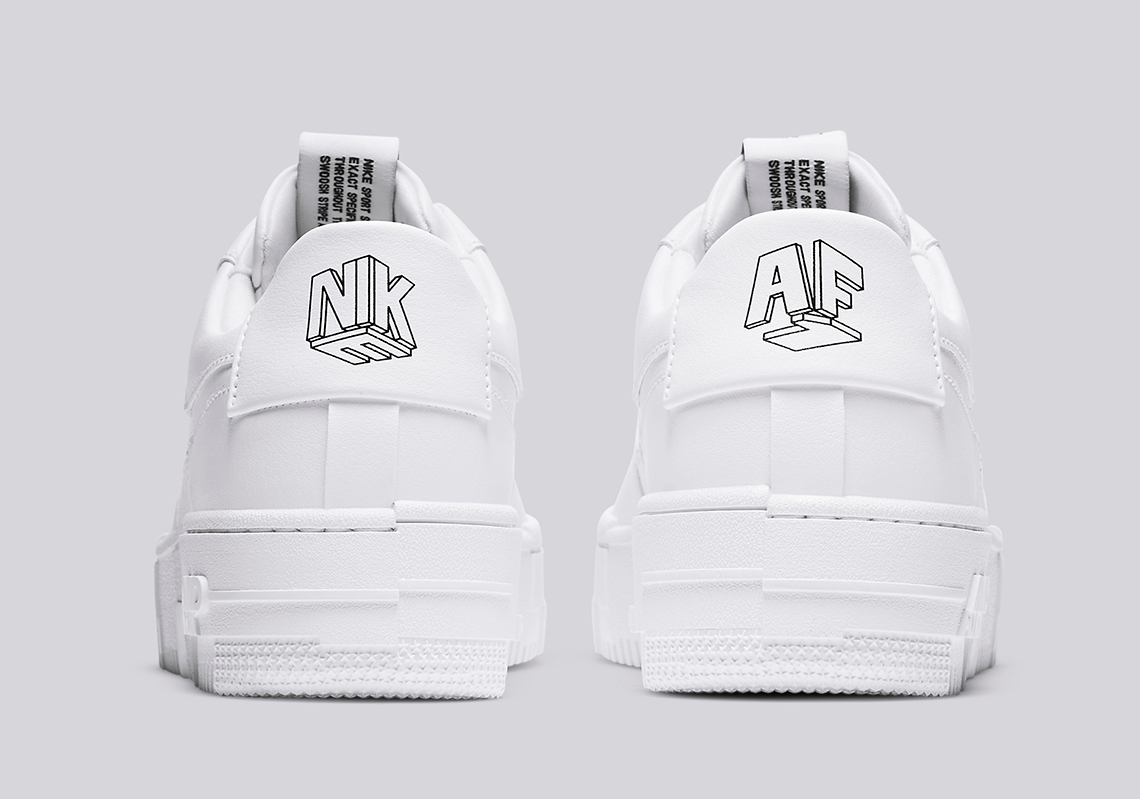 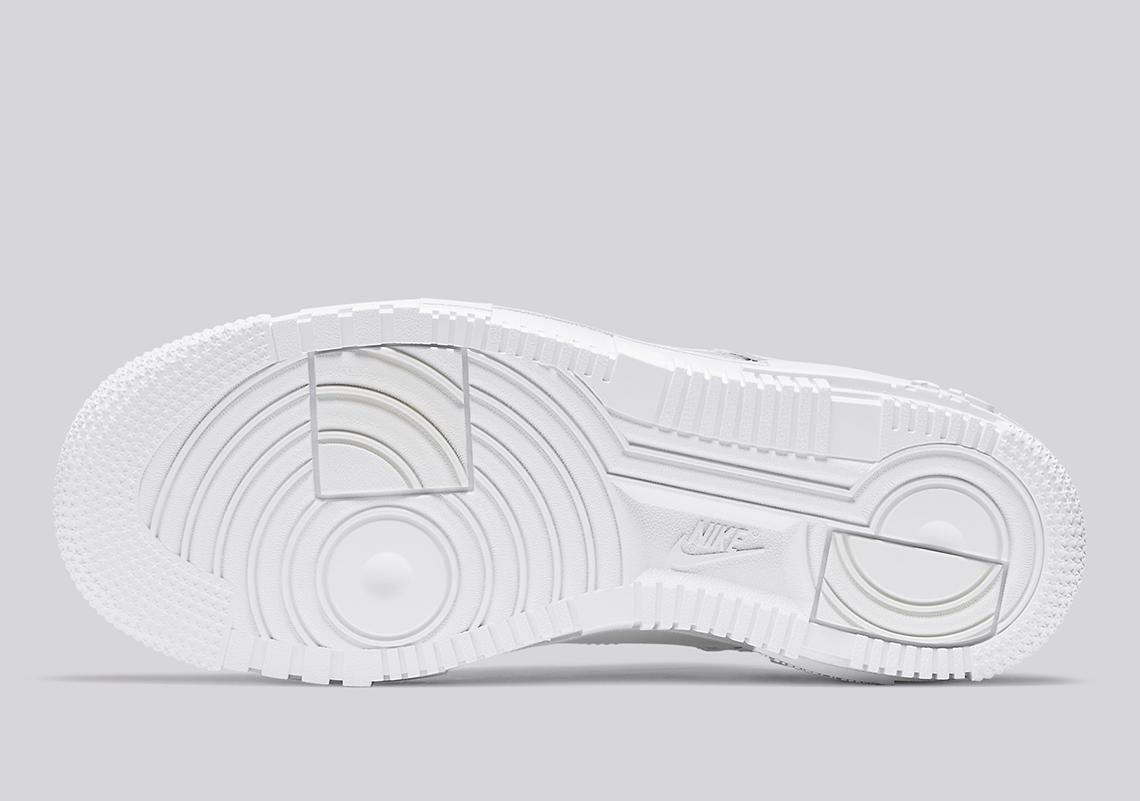 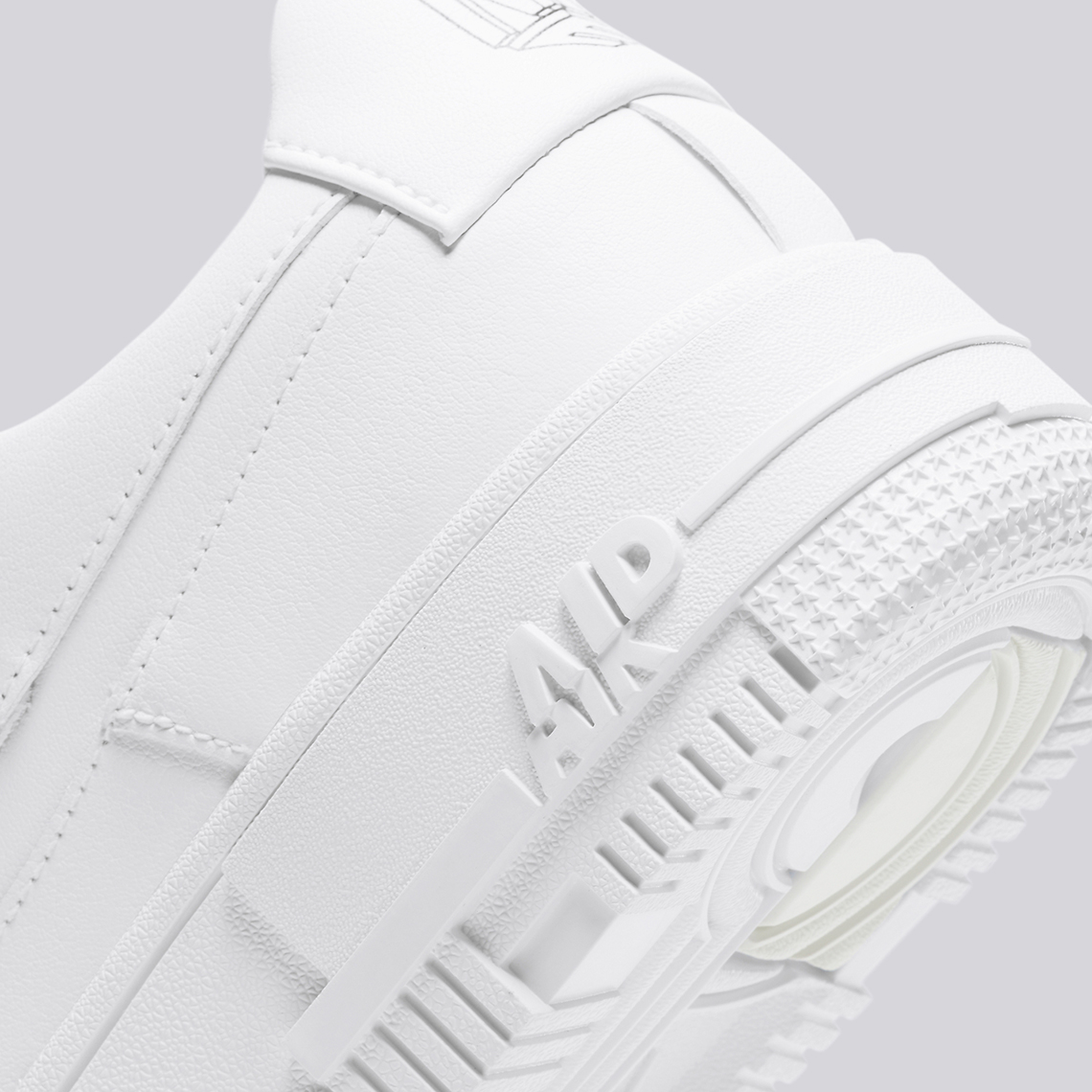 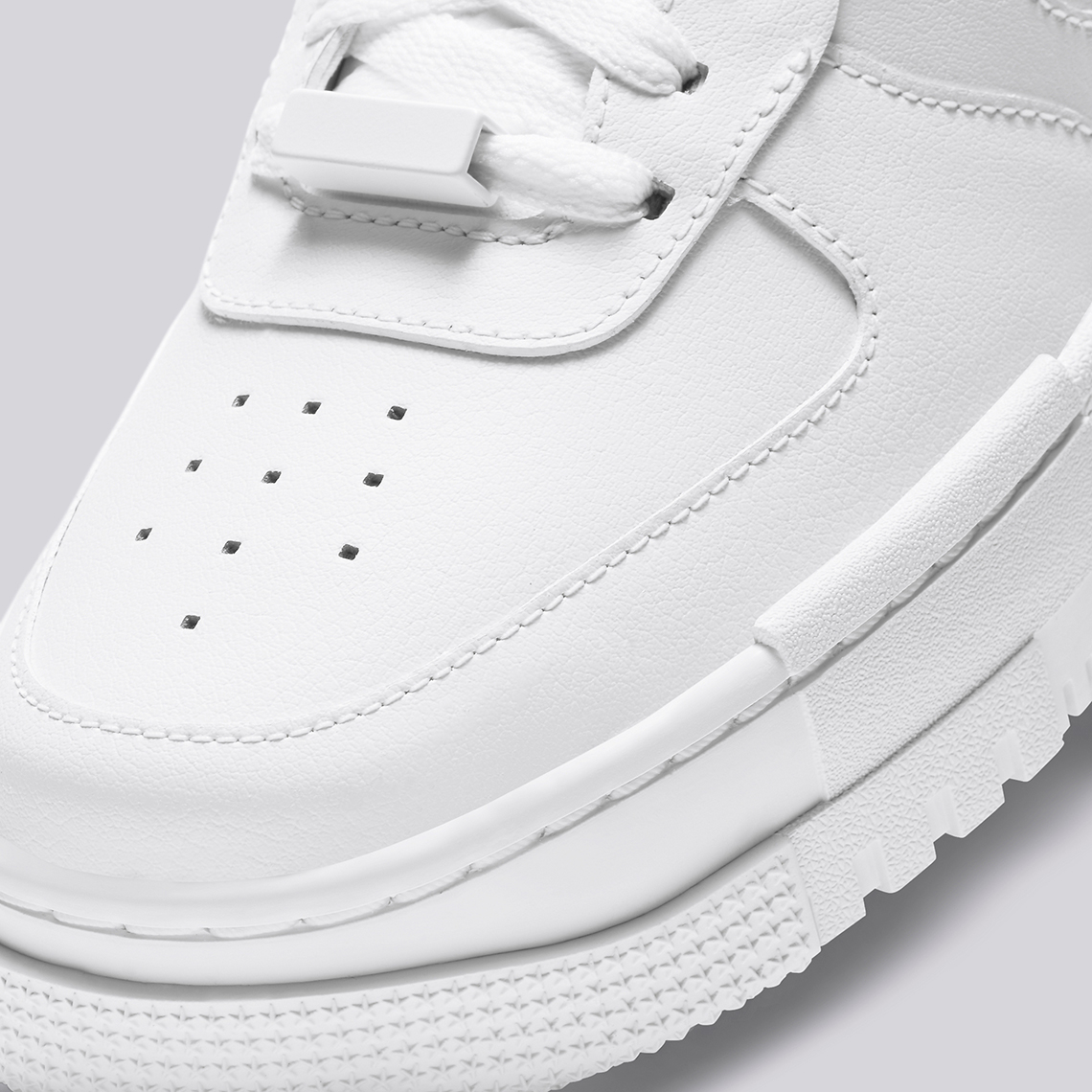